Animation by Michał Makowski, Illus. by Alexander Mokhov
About Learn

Viserai is the first of his kind; an Arknight, gifted with both arcane power and physical prowess. Forced to serve the will of the master, he has long since forgotten his past, and the person that he once was. Wielding blade and aether alike, he is the perfect weapon.

As his creator searches for a way to bind Viserai to his will, the secrets of the Demonastery threaten to spill forth, as the ancient powers within stir once more. Viserai must find a way to break free before it is too late..

From decorated warrior of Volcor, to washed up carcass on the shores of the Demonastery. Lord Sutcliffe had at last found a vassal with enough strength to bear the agonizing procedure he sought to prove possible. Opening the chest cavity, he replaced viscera with an Arknight Shard, carved channels in bone to feed the arcane energy into runic vents etched into skin, and the first Arknight was born.

The Runeblade is a hybrid fighter, the only true class able to wield equal parts magic and might. Split damage types allows a Runeblade to attack from multiple angles, preying on whatever vulnerabilities the enemy may have.

Arcane energy flows through Viserai from the Arknight Shard inserted in his chest, which he uses to manifest an army of Runechant auras around him. They wait poised for the strike of their commanders blade, to unleash piercing arcane pain on the target. 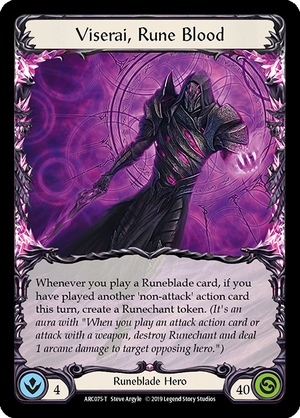 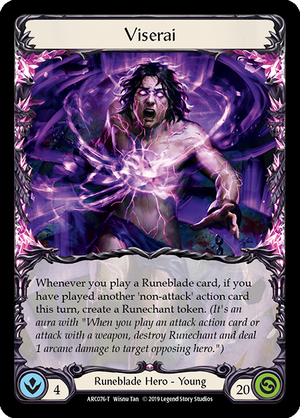 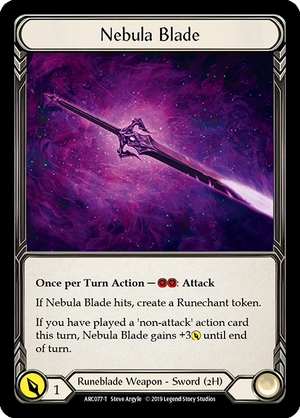 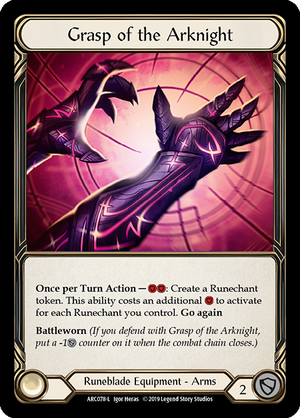 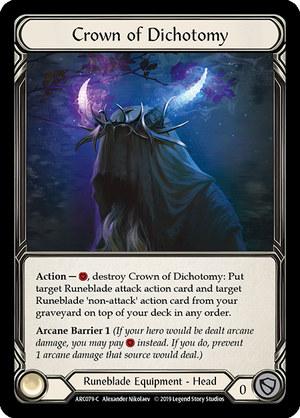 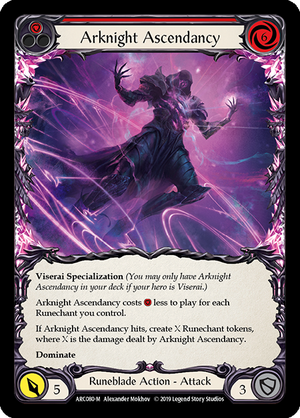 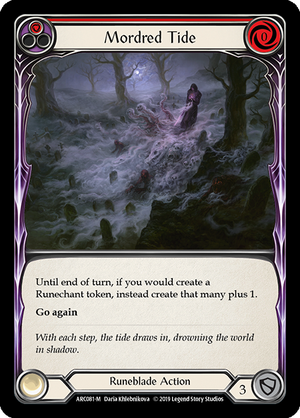 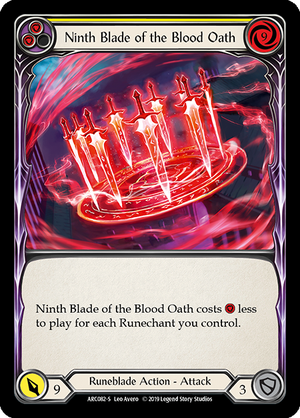 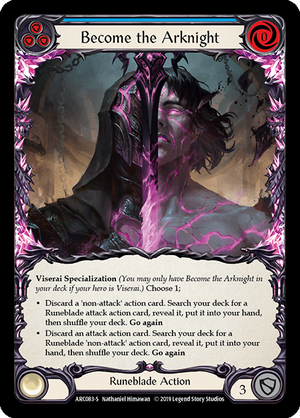 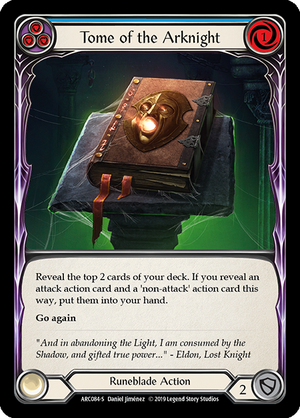 Viserai is the first successful subject of Lord Sutcliffes Arknight project. He is the only hero able to proficiently wield both sword and sorcery, showcased by the synergies that exist between playing magical 'non-attack' action cards and his melee attacks.

The first test subject to survive Lord Sutcliffes gruesome procedure to become an Arknight, it's questionable if the outcome was better for Viserai than dying on the shore he washed up on.

The ancient blade of Eridani. Viserai is able to channel arcane energy from the Arknight Shard through runes scribed into its hilt, creating an arcane apparition of the original blade.

Runic vents are etched into Viserai's skin to manifest arcane energy into Runechant auras. Ducts on his Arknight armor release and hold the Runechants, with each additional Runechant requiring greater amounts of energy to maintain.

Sword and sorcery, might and magic. Two opposing concepts of warfare, brought together as one deadly weapon with the Runeblade. Sorcery is represented in Flesh and Blood through 'non-attack' action cards, while melee fighters take the battle to the combat chain with attack action cards. Crown of Dichotomy allows you to bring back the best of both for a late game sorcery coated strike!

The Arknight rose into the air, lifted by the arcanic runes swirling beneath him, rising higher and higher to command a dominating position above the battlefield. With the stroke of his hand, a torrent of purple pain rained down, its target writhing in agony. The grovelling enemy looked up once more, their spirit crushed by the sight of the Arknight surrounded by a legion of runes in numbers even greater than before.

Amassing an army of Runechant auras can drown any possible defense the enemy can muster. Make up to 18 Runechants in a single turn with a Mordred Tide powered 4 card hand!

Ninth Blade of the Blood Oath

Power of nine for the cost of zero, beholds the hero who can piece together the nine blades of the blood oath! A huge pay-off for taking the time to amass a big field of Runechant's.

"It did not wilt this time, reducing to a listless sack of flesh and bone and failed ambition. No. It screamed. It screamed and screamed until it had no air left to expel from the cavity that formerly housed its lungs. Then it opened its eyes and became the first Arknight" - Lord Sutcliffe

Years of agony endured by failed test subjects at the hands of Lord Sutcliffe can blame this horrific book for his deeds. The theories of a sword and sorcery hybrid warrior stem from the writings of it's unknown author.