Animation by Michał Makowski, Illus. by Adolfo Navarro
About Learn

In the depths of the Savage Lands, a lone brute has carved out his territory in blood and bone. Abandoned to the mercy of the jungle as a cub, he fought to survive, fending off vicious beasts and scavengers. Yet this struggle has forged an alpha predator, relentless and unflinching, tearing through anything that gets in his way.

Reckless, savage and uncontrollable, Rhinar is driven by his bloodlust and base instincts. When he fights, he enters a bloody frenzy. Everything around him becomes a threat, the ground turning slick with blood as he blindly butchers everything in his path.

Fear. A weapon more powerful than tooth, claw, or club. Rhinar showcases his status as an apex predator with his ability to intimidate the enemy, immobilizing their defenses with his terrifying bellows.

Recklessly unpredictable. When a brute succumbs to instinct, anything can happen. To be an alpha brute, you'll have to throw caution to wind and roll the dice!

The rule of the Savage Lands is simple; The Strong Survive. "Strength matters" is shown by the many brute cards and effects that are turned on by attacks with 6 or more power. 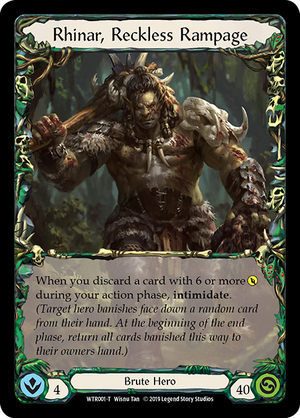 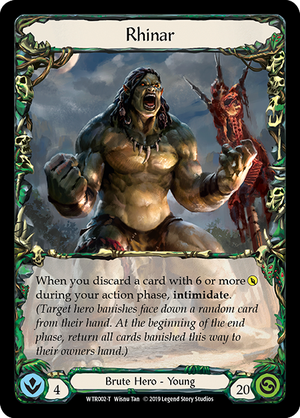 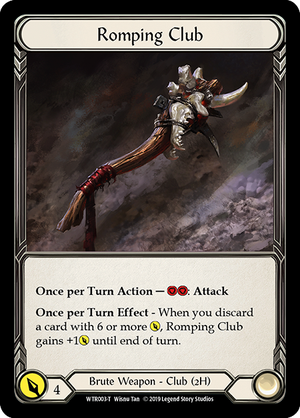 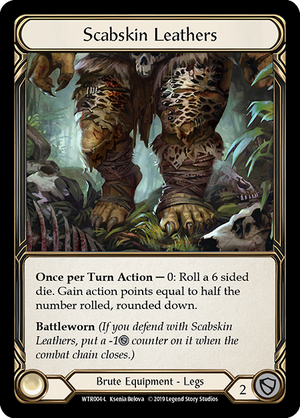 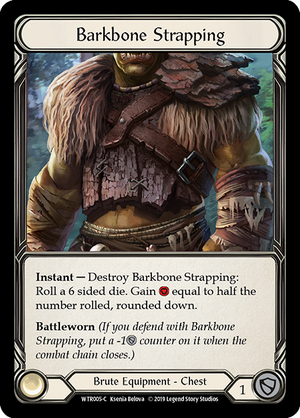 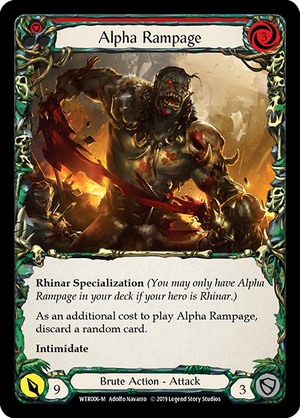 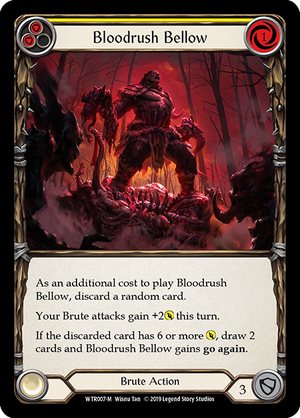 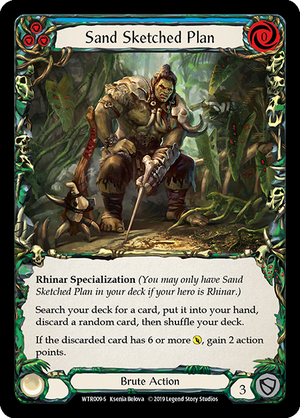 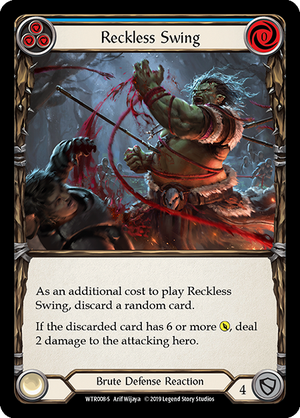 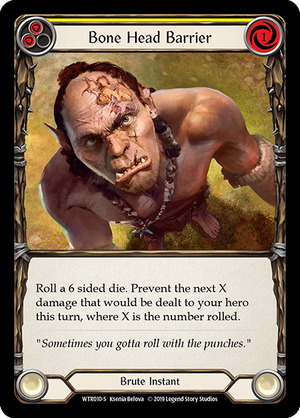 An apex predator fuelled by instinct. Show your opponent who's the alpha by combining cards with 6 or more power with Rhinar's reckless attacks and intimidating bellows!

Who would have thought a young brute cub left to fend for himself in the Savage Lands would become anything more than vulture pickings.

Rumoured to be made from the jaw bone of the previous alpha brute and the Rashari tree stump Rhinar used to cave his skull in. To make the most of Romping Club, look for cards that make you discard and have go again.

Live by the die, die by the... die. It takes a brave hero to don the skin melting hide of the Rek'vas Venomscale. The power of legendary Scabskin Leathers is immense and so is the cost. Use it wisely.

A classic brute fashion piece from the Savage Lands summer collection. Barkbone Strapping will consistently give you inconsistent bang for your buck, but hey, it can be activated as an instant which lets you do tricky stuff like playing reactions and instants without having to pitch.

Rhinar is the king of the jungle for a reason. Alpha Rampage rips the defending hero's hand apart when combined with his hero effect, taking away 2 cards from the opponent before they have a chance to defend!

The ground turns slick with blood when Rhinar enters blood frenzy. Bloodrush Bellow enables Rhinar's most powerful plays, intimidating every card from the defending hero's hand and powering up all of Rhinar's attacks for the turn!

Brutes aren't known for their planning skills. Their spare of the moment ideas usually involve charging headlong into combat as the all encompassing solution and seldom work out as planned. Sand Sketched Plan is best played to maximize a key card in arsenal, safe from the random discard effect of Rhinar's master plan.

For a brute, offense is the default method of defense, even when on the backfoot. Reckless Swing is a deadly card in the end game, being able to kill an opposing hero on low life out of nowhere.

Sometimes the best defense is to just roll with the punches. Bone Head Barrier is the only card in Welcome to Rathe that allows you prevent damage from multiple sources, which is very useful against opponents who are attacking across multiple chain links.