Animation by Christoffel, Illus. by Livia Prima
About Learn

The Library of Illuminations innermost sanctum contains a strange secret. Once, a Magister came across a young child, small and silent, her hair almost glowing in the lamplight, an orb shining softly in the palm of her hand. This unfamiliar child was unable to remember anything of her past, or her origins. Her only possession was the glowing sphere, which contained a single, pristine drop of rare arclight; a gift which would quickly reveal her talent for the Light.

Quick, curious and incredibly intelligent, Prism adapted to her new life with ease. She read as much as she could about Solana and the world beyond its walls, sailing through the vast ocean of knowledge within the grand library, with the Magister as her guide. Prism soon discovered the legends of the Heralds, Sol’s golden emissaries, who watched over the people of Solana. Before long, her aether affinity and inquisitive nature led her to the Light of Sol, where she took up the mantle of an illusionist.

In developing her skills, Prism’s talents were made clear for all to see. After years of careful study, she came to intimately understand the Heralds, lending more and more detail to her knowledge of these legendary beings. After capturing their very essence, Prism learned to give shape to their forms, conjuring their likenesses for the first time in living memory.

As shadows begin to darken the horizon, and the bells of war toll across the city, Prism invokes Solana’s legendary beings, sending her creations to guard her beloved ones and smite her foes. 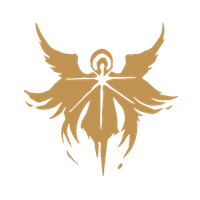 They say the pen is mightier than the sword. Prism, a student of the pen, stumbled upon a tale of heralds forgotten to time and dust among the millions of tomes within the Library of Illumination. Prism’s curious spirit and affinity to arc light may prove timely as Solana fights for its survival. 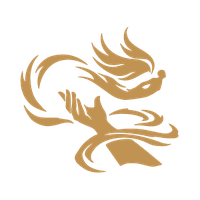 What is real? If you can see it, is it real? What about if it whacks you in the face? “But when I tried to touch it, it disappeared?!” Sculpt fantastical arc light spectras that confuse, confound, and combat bewildered opponents. 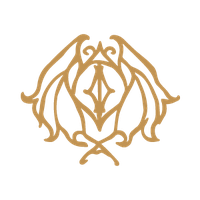 The Light will be your guide and fill your soul. Use it to sculpt Spectral Shield auras to protect yourself and your beloved city of Solana. 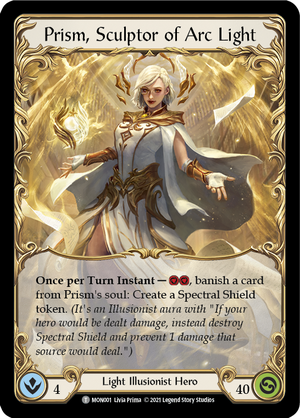 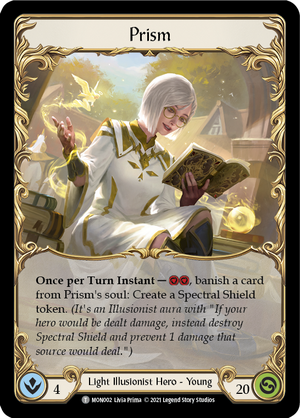 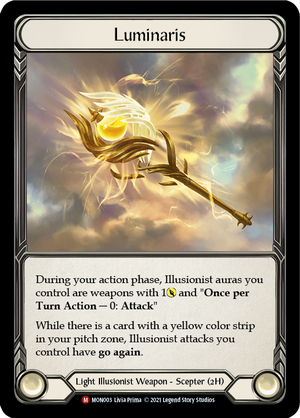 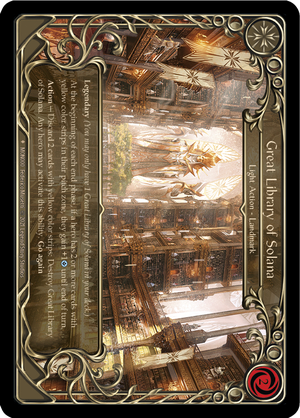 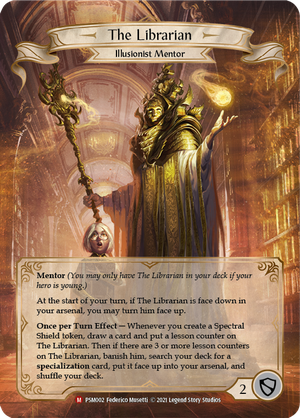 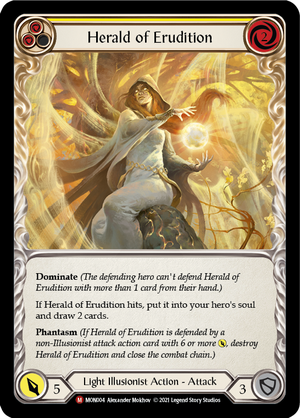 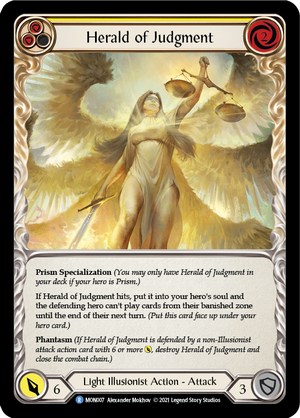 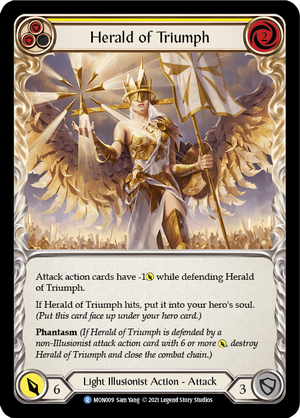 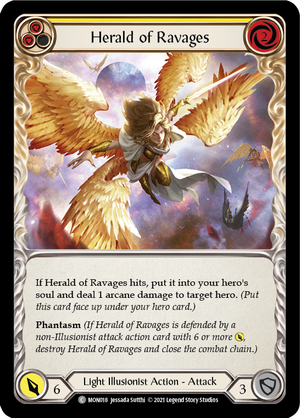 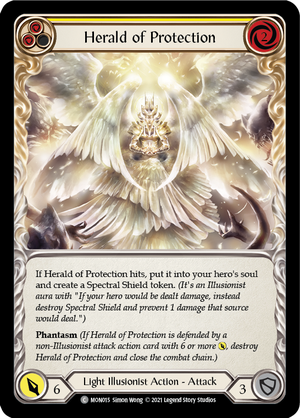 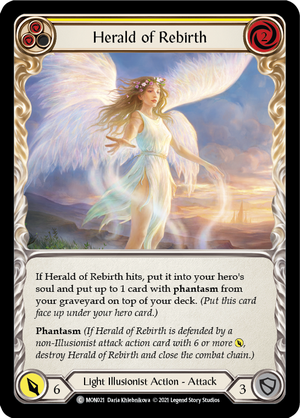 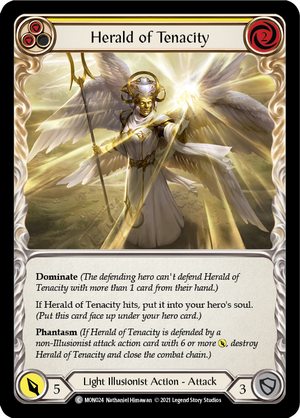 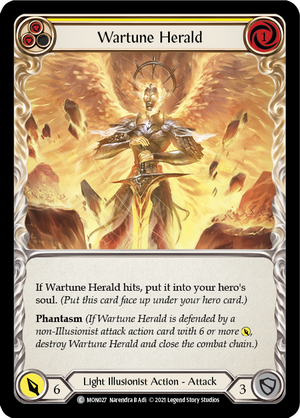 Prism uses arc light and her imagination to scuplt illusions of the 8 Heralds of Sol, protectors of the 8 gates of Solana in times forgotten to man, save for the pages of tomes buried within the Great Library.

Raised under the stewardship of the The Librarian, Prism's love of reading and curiosity to turn the pages of long forgotten tomes, may prove to be exactly what Solana needs in it's greatest time of need.

Luminaris, an ancient relic of unknown origins containing a single drop of pure arc light, through which Prism sculpts her fantastical illusions.

The Great Library of Solana stands as a beacon of knowledge, drawing people who seek enlightenment from all across the land.

A Grand Magister of Solana, the Librarian is a radiant and dignified custodian. With their protégée by their side, they seek the truth, using their talents to unravel the mysteries which threaten the city of Light.

Suraya, keeper of knowledge, who both conceals and illuminates; she who possesses the key to illumination, who teaches all on the path of Light.

Themis, keeper of the scales, who deals both mercy and vengeance; she who looks into the heart of all souls and judges their merits and their flaws.

Victoria, champion of the people, the blazing torch who leads her people to victory; she who brings glory to all heroes of the Light.

Sekem, slayer of the Shadows, the righteous fury of Sol’s blazing light unleashed upon the world; she before whom all evil trembles.

Aegis, the shield of light, defender of the innocent and patron of the brave; she who shelters the city within her wings.

Avalon, messenger of the dawn, who brings warmth in the dead of night; she whose light rejuvenates the land.

Metis, pillar of strength, who leads the way forward; she who guides the people Solana through the darkest hours.

Bellona, patron of the blade, teaching the people Solana to fight for the good of Rathe; she who leads the charge.