Animation by Michał Makowski, Illus. by Andrey Savchuk
About Learn

The head of the Mugenshi clan, Katsu belongs to one of the hidden households of Misteria, concealed within the Gorge of a Thousand Winds. Undergoing the traditional journey of the Jokyoku, he successfully regained his memories and returned to the clan, earning his place as head of the clan. Years later, he has left the gorge once more, determined to find a cure for the curse affecting his people.

Calm and level-headed, some might underestimate Katsu, mistaking his practical nature for an aversion to violence. However, underneath his peaceful demeanour is a sharp intelligence, capable of becoming a deadly force of nature when provoked. In the heat of battle, Katsu can call upon the power of the wind, striking down his opponents with the speed of a hurricane.

Be as the Wind

Ninja's are the most agile class in Flesh and Blood, shown by their unparalleled access to go again attacks. Blow the enemy away with a tempest of attacks that stretch their defenses to breaking point. 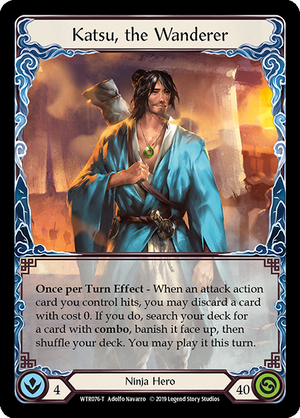 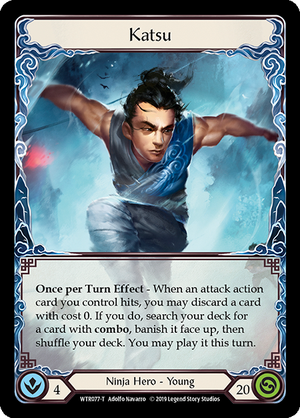 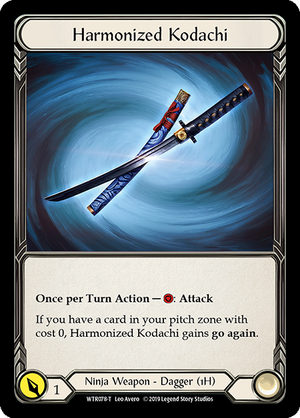 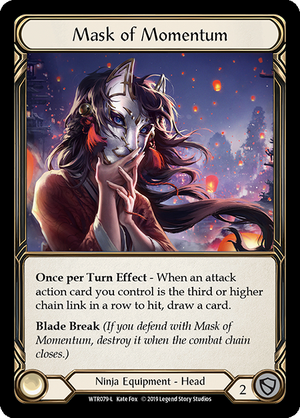 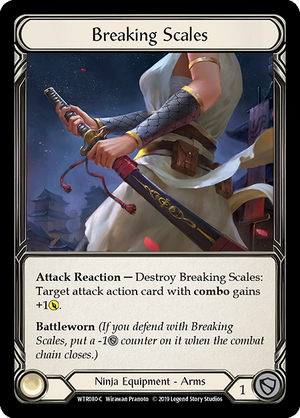 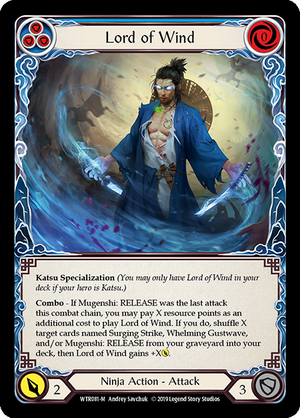 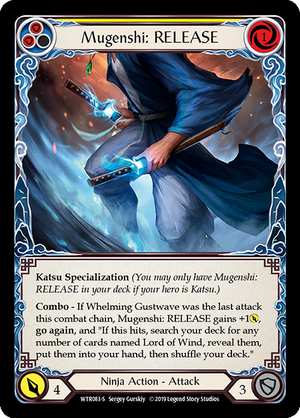 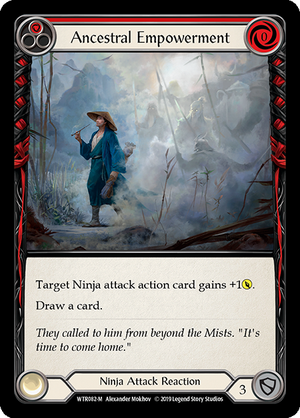 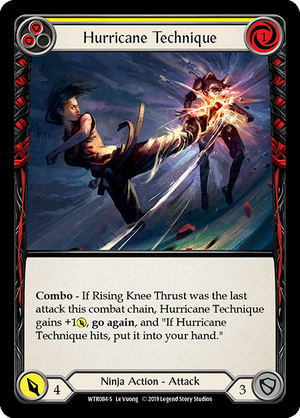 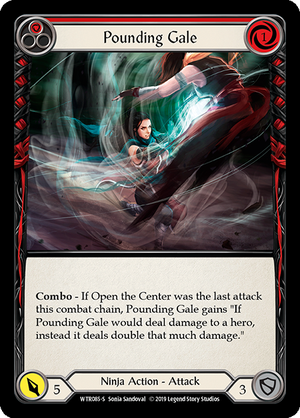 Don't let Katsu's calm and level-headed attitude deceive you. At any point he can call upon the power of the wind to blow the opposition away! Piece together devastating combo chains with Katsu's hero ability.

A young wind rider learns to master his mind and body in the canyons of Mistcloak Gully.

Harmonized Kodachi whistles in the wind, as Katsu gains momentum while cutting through the opponent's defenses.

The legendary Mask of Momentum rewards the most agile and precise ninjas with extra cards to continue their tempest of attacks.

The battle draws long and weary, carnage fills graveyards to the brim, and a breeze begins to stir. Swirling shafts of wind whip to life as the ancestral power of the Mugenshi clan is released, heralding a devastating storm to end this conflict! Bow or be broken by the Lord of Wind!

When Katsu unleashes the ancestral power of the Mugenshi clan, he is able to summon the force of the wind.

Using knowledge passed down through the generations, Ancestral Empowerment allows Katsu to push past his limits, forcing his attacks to hit and turning on his hero ability.

Get a full workout in, with a flurry of kicks to the opposing hero's face!