Animation by Michał Makowski, Illus. by Wirawan Pranoto
About Learn

Descended from nobility, Kano was born with the power of the dragon’s fire within his veins, able to shape the flames from the instant he drew his first breath. A cunning trickster yet undeniably gifted with a connection to aether, he is both admired and scorned by the other Lord Wizards of the Court.

As a member of the royal court, Kano must inevitably take on his duty, and accept his place amongst the Dracai. But Kano, he'd rather focus on exploring age-old tomes in the deepest recess of the libraries, or hidden within ancient catacombs, for spells and tricks to control and amplify his flame. 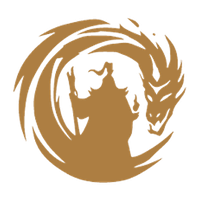 Aether is the central knowledge base of all arcane arts in Rathe, which Kano draws from to summon arcane damage amongst his other wizardry. Unlike melee fighters who trade blows using the combat chain, defending arcane damage requires energy to be channeled through special equipment or items with Arcane Barrier, or to use damage prevention effects. 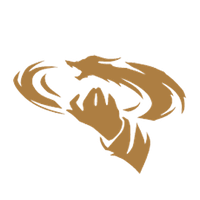 Kano is the first hero of Flesh and Blood who is able to play the game at instant speed... and playing games with his enemies (and allies) is what Kano lives for! An opponent who takes one step too many, pushes when they should hold, is over zealous in their onslaught, may find the jokes on them before they know it. 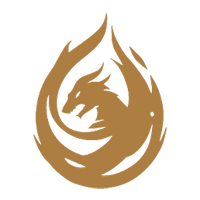 Only those with the blood of the dragon can hold a position of Dracai in the royal court of Volcor. Being a Dracai of Aether is one part training and one lineage, and with it Kano expands on the general knowledge base of Aether to learn the arcane specialization of Draconic magic.

Turn Up the Heat 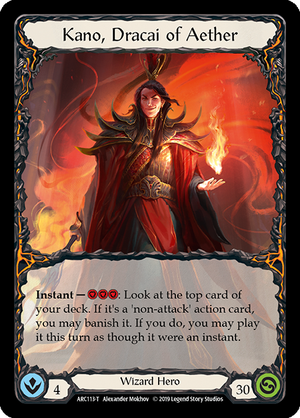 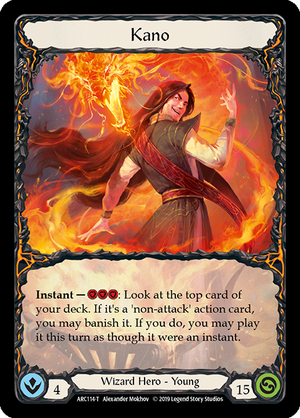 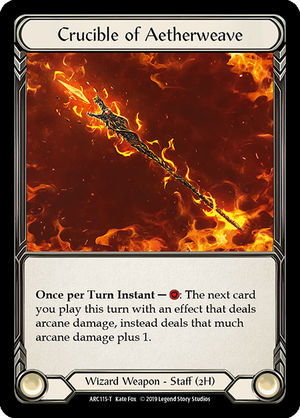 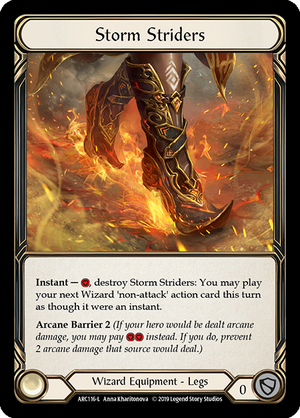 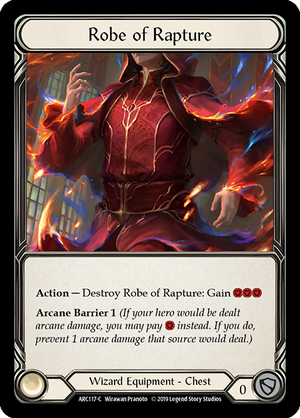 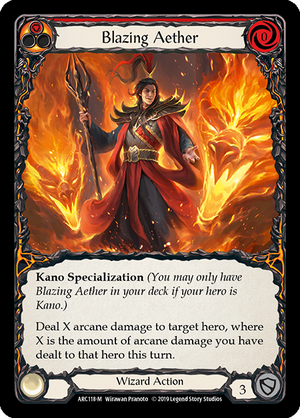 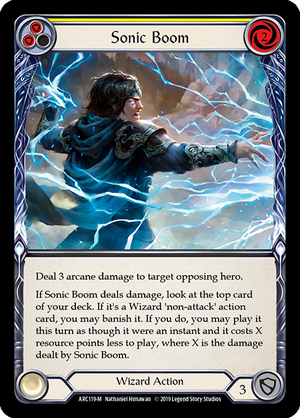 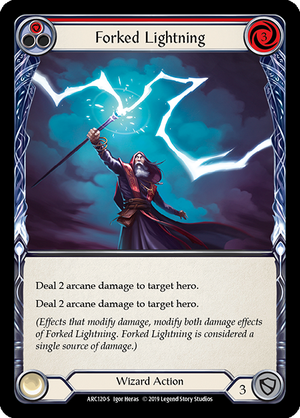 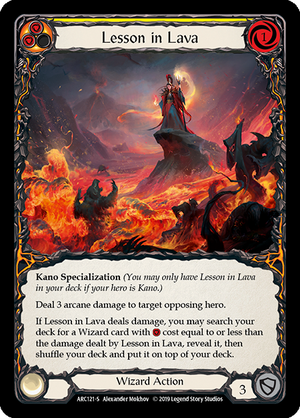 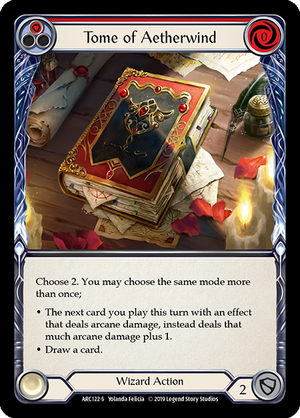 A perennial prankster, whenever Kano is around anything can happen, and usually does! Kano is the first hero that is able to play the game in the opposing hero's turn, taking advantage of any opportunity the enemy lets their guard down. Even when Kano is staring down the jaws of defeat, he can pull out the unbelievable from his bag of tricks to snatch victory at instant speed... but perhaps that was his plan along, just to be able to laugh in the face of the hero who thought he had won!

An aetherling who rose through the ranks of the royal court of Volcor, through equal parts talent, lineage, and theatrics.

Energy meets aether in the maw of the crucible, entwined, combined, sublime! Crucible of Aetherweave is not to be underestimated. One extra arcane damage is often enough to push past opposing arcane barrier while adding extra juice to your arcane damage payoff effects.

An aether storm can come anywhere, anytime when a wizard is wearing the legendary Storm Striders. So powerful is Storm Striders, it can only be used once per game... but once is enough if the storm leaves your opponent dead.

Wizardry is an energy intensive profession. Robe of Rapture is able to trade an action point for three resources, fueling the demanding energy requirements of highend spell casting.

"Don't look so impressed" - Kano, after the first Blazing Aether

Boom, BOOM! Playing to win with Kano is often about a singular big turn, and Sonic Boom is a powerful engine to create a combo kill.

A classic go to wizard spell, there's nothing like a couple of bolts of lightning to get things cooking. Forked Lightning is the perfect vehicle to carry arcane modifiers, effectively doubling their effect!

A well placed lava flow does wonders for teaching disorderly outlanders who's in charge around here. Lesson in Lava finds hot cards to set up the top of your deck, the exact place you want them when looking to use Kano at instant speed.

Knowledge is power in the hands of someone who knows how to use it. Tome of Aetherwind is the quintessential aether-wizardry hand book. Drawing extra cards is appealing in any game, but don't underestimate the value of pushing your spells past arcane barrier to build up the damage count when playing to a Blazing Aether combo kill.