Animation by Christoffel. Illus. by Alexander Mokhov.
About Learn

A lost child thrust into the vast and unforgiving ice-plains of the Bleak Expanse, you grew up amongst the spirits of the cold northern winds. With a heart full of wonder and innocence, you embraced the angry elements that battered these lands. And in time, they became your closest friend, and you their protector.

But what is this searing pain, every time you close your eyes?

What arcane secrets lie behind the shackles that bind your mind?

Even as you take command of the power that courses through these endless plains of snow, you cannot help but grasp at the frozen memories of your long forgotten past...

Journey into the Forgotten

A woman reborn of ice and snow, Iyslander’s past is a dull ache of distant …

Calm Before the Storm

From the frozen wastes into a fractured world, Isylander’s journey has begun, and she will …

Iyslander beckons and bends winter at her whim. It's one thing to know the conditions your facing, it's another when the icy winds of winter close in unexpectedly at an instant. Use Iyslander's Frostbite ability to disrupt opponents at instant speed mid-way through their turn. 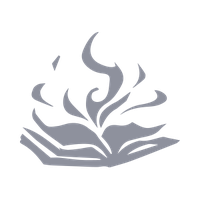 Aether is the central knowledge base of all arcane arts in Rathe. Each school of the arcane manipulates aether in it's own way based on divergent teachings and philosophies, but the raw base property is always aether. Unlike melee fighters who trade blows using the combat chain, defending arcane damage requires special equipment, items, or damage prevention effects. 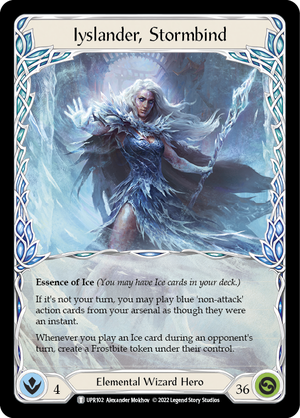 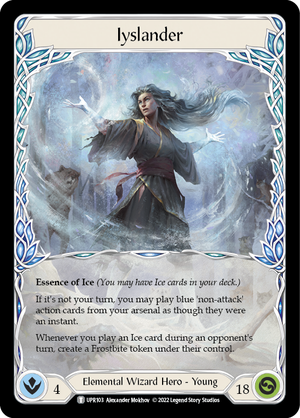 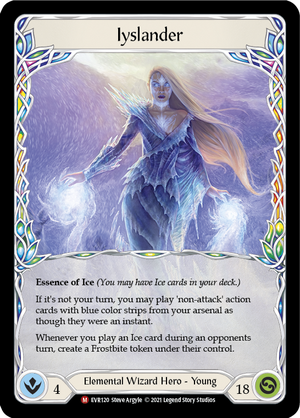 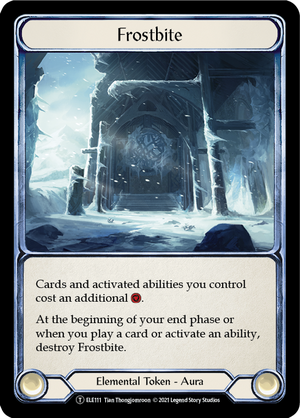 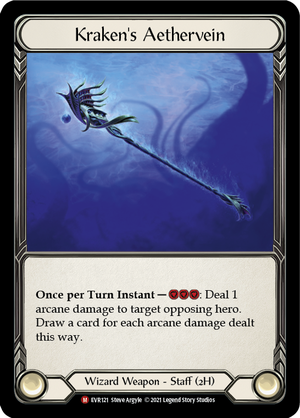 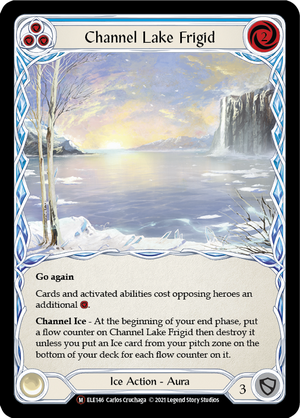 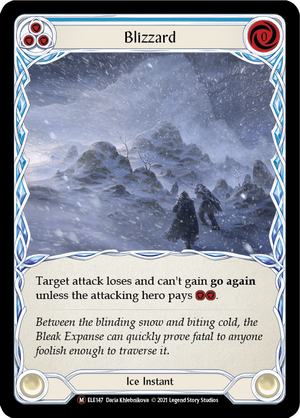 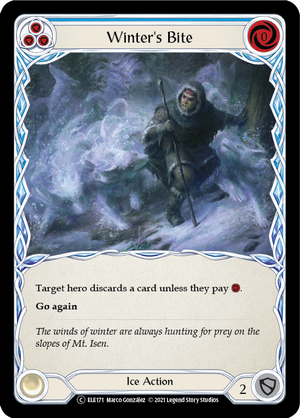 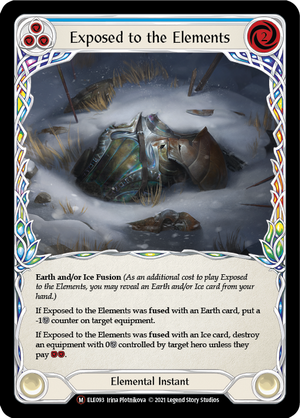 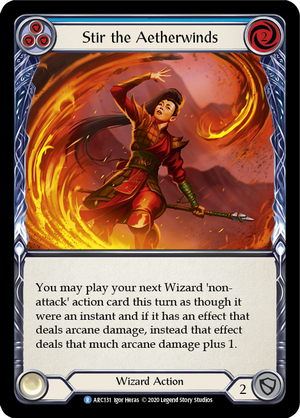 No matter where she goes, Isylander carries the fierce beauty of the frozen north with her. The ice has been her shelter. The ice is her strength.

In the far flung regions of the Bleak Expanse, some call her the Ice Queen, some the Witch of Winter. Whatever your outlook, she's going to leave you feeling blue.

In the far flung regions of the Bleak Expanse, some call her the Ice Queen, some the Witch of Winter. Whatever your outlook, she's going to leave you feeling blue.

Iyslander uses her hero ability to disrupt opposing heroes by creating Frostbites during their turn. When timed right, making an opponent have to pay an additional resource mid-way through their turn, will often be the difference between them playing another card or not.

Use Iyslander's Frostbite ability and ice cards to tax the opponent's resources and create windows where they can't prevent the 1 damage from Kraken's Aethervein to get a "free damage".

Channel the elemental energy of Lake Frigid to slow the pace of battle. Unlike other Elemental heroes, Iyslander's hero ability allows her to play Lake Frigid during an opponents turn, to really put well laid plans on ice.

Against heroes who want to attack multiple times each turn, Blizzard will stop them in their tracks. And if that wasn't enough, Iyslander's Frostbite ability gives it that extra bit of bite.

When the opposing hero is down to their last card in hand, use Iyslander's hero ability to send in the wolves and clear out their turn.

Exposed to the Elements

Expose your enemies weakness to arcane damage by blowing up the arcane barrier equipment opponents typically depend on to fend off a Wizard's damage.

Enable any of your Wizard burn spells, not just "blue" ones, to be played during an opponents turn.