Illustration by Arif Wijaya
About Learn

Ira was born in the idyllic Valley of Blossoms, the youngest child of the leader of the Ikaru Clan. Raised in a loving family, she was a mischievous and free-spirited child, often dragging her brothers into trouble as they struggled to keep an eye on their unruly younger sister. One night, a swarm of grotesque creatures descended upon their village, resulting in the massacre of her family and most of her clan.

Consumed by the need for vengeance, Ira founded the Crimson Haze Rebels, a vigilante group of survivors and sympathisers from across Misteria. Once a playful child, Ira has transformed into a hardened and ruthless warrior, loyal only to her fellow Rebels, and relentless in her quest for retribution.

On a mission to avenge the ransacking of her ancestral village, Ira relentlessly pursues those who may lead her to the culprits. Punish those who stand in the way of the truth with a torrent of go again attacks and devastating chain-enders.

Walk the Path of Vengeance 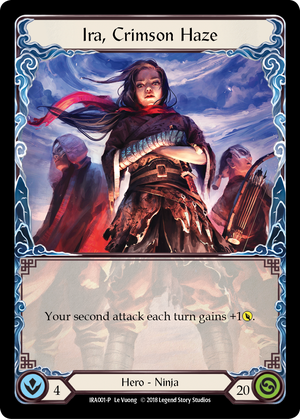 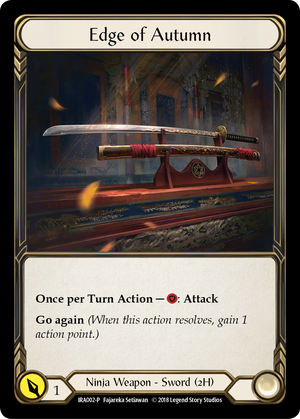 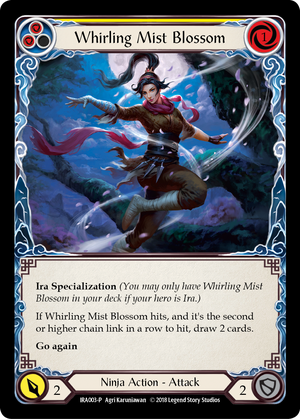 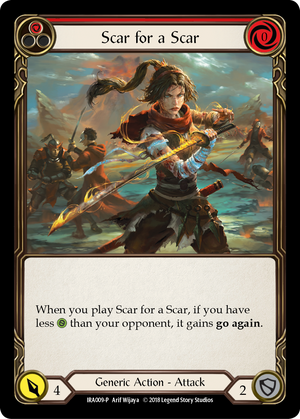 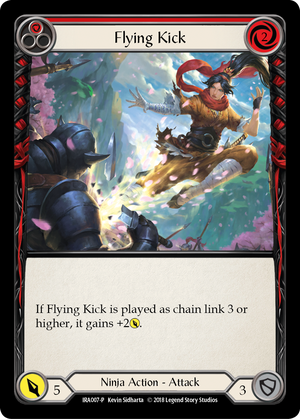 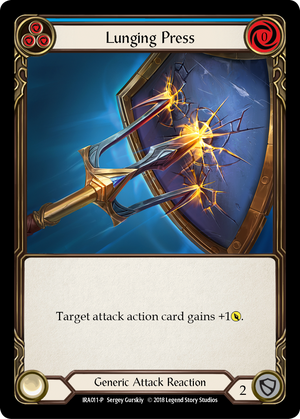 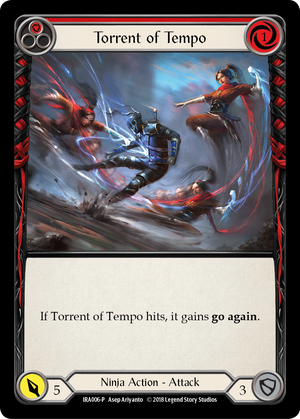 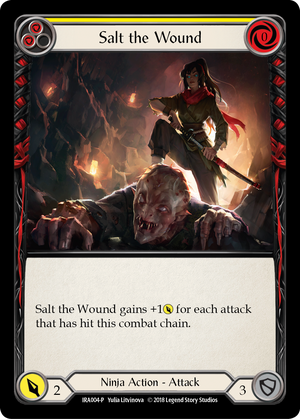 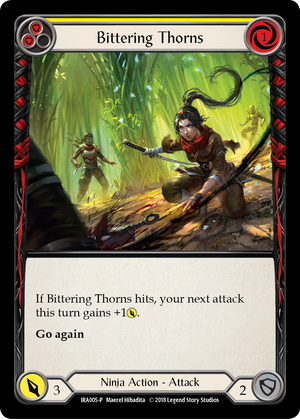 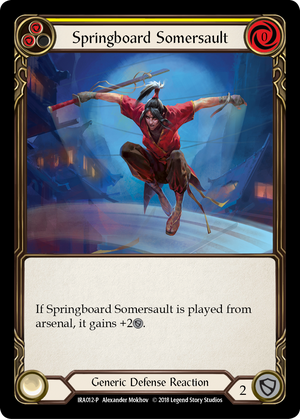 The leader of the Crimson Haze, Ira is an unforgiving force on the battlefield. Always try to attack twice each turn, using Edge of Autumn as the first attack, to make the most of Ira's hero effect.

The ancestral sword of Ikaru clan, Edge of Autumn is rumored to wilt the life essence of those who wield it. What is Ira hiding under the runic bandages?

Ira learned the dance of the mist blossom from Mistress Ikaru and now deploys it has her signature move. Look to pair this up with Lunging Press at chain link 2 to push through the hit trigger and overwhelm the opponent with cards.

Scar for a Scar

Ira isn't afraid to trade blows if it will give her the position she needs to take the tempo of the fight. Scar, Edge, Flying Kick is the go to sequence in the Ira welcome deck.

The most powerful chain-ender in the Ira deck. Look to pair it up with Scar for a Scar or Head Jab so you can get to chain link 3 by pitching a single blue card.

Torrent of Tempo has the highest damage to cost output in the Ira welcome deck. Be mindful that if your opponent completely defends Torrent, you will not get to go again.

Ira isn't content with just beating those who deserve to be punished, she likes to make them hurt. Salt the Wound can deal a lot of damage at the end of a long combat chain or when on the back foot, look to defend then attack with Scar at chain link 1 and Salt at chain link 2 for the most damage you can do with only 2 cards.

Play Bittering Thorns at chain link 2 to make it's power the magic number 4, requiring the opponent to defend with more than 1 card to prevent the hit effect.

Springboard Sumersault is key to avoiding the power plays an opponent will try to throw at you. Springboard Somersault is best used to defend from arsenal, the only card in the Ira welcome deck which can!