Animation by Hanna Karunia. Illus. by Kate Fox.
About Learn

Call forth the Dragons of Legend from the annals of history, and unleash their wrath upon the betrayers. Childhood tragedy has set you upon a path of vengeance and pain, but your strength shall persevere, and your name will be spoken of with fear and reverence, throughout this ailing Dynasty.

An assault on Zancaro goes awry, as Dromai is forced to confront memories from her … 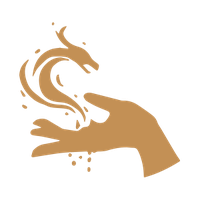 All Illusionists use a base material mixed with aether to craft their fantastical creations. Dromai has mastered the talent of ash artistry, able to animate ash from her surrounding environment into fragile yet fearsome forms, none more so than the legendary dragons of Volcor. 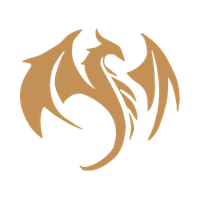 Fables say that a Draconic Aesir slumbers within the cradle of Mt Volcor, its heart pulsing molten through the lava veins that span the Volcor landscape. Servants of the Draconic Aesir, Dracona Optimai, Tomeltai, and Dominia, and servants of these servants, dominated the skies of Rathe during the First Age. They may be lost to time in the flesh and blood, but Dromai is able to wield their essence as powerful weapons of destruction using the arcana of Ash Artistry. 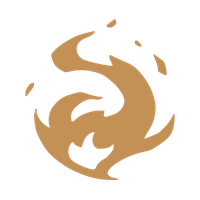 Dromai likes it red hot. Pack your deck with many red color strip cards to make the most of her hero ability and Draconic cards. Pitch red cards to create the Ash to craft her illusionary dragons, then use a red as the incendiary spark to BURN THEM ALL! 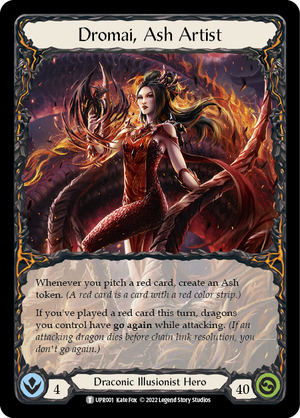 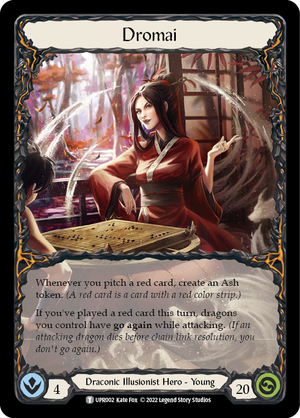 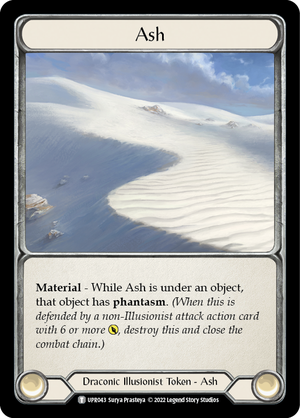 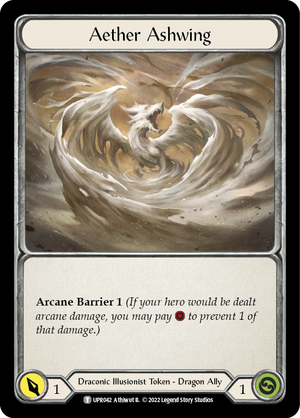 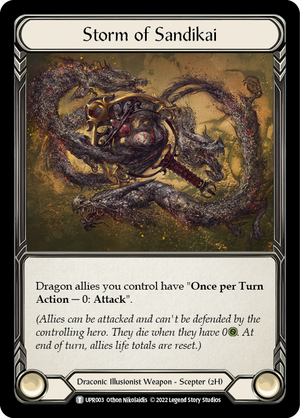 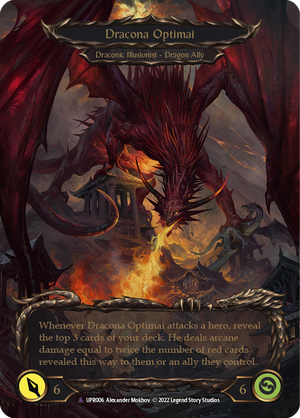 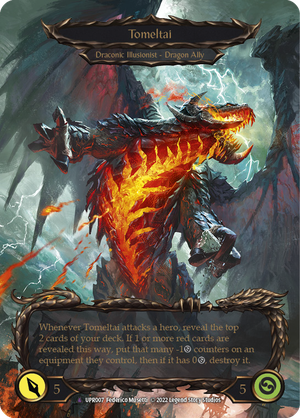 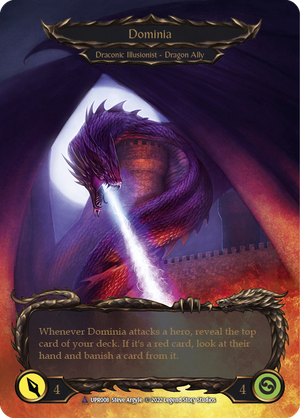 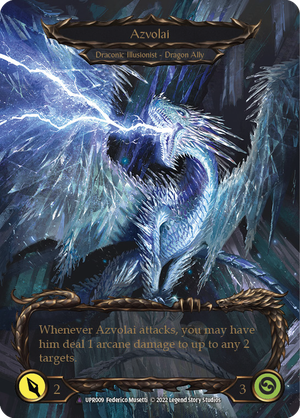 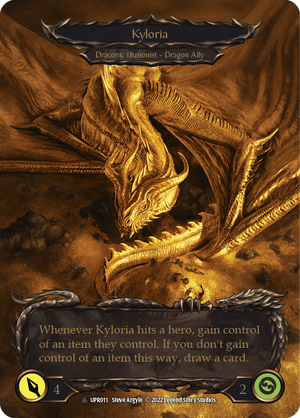 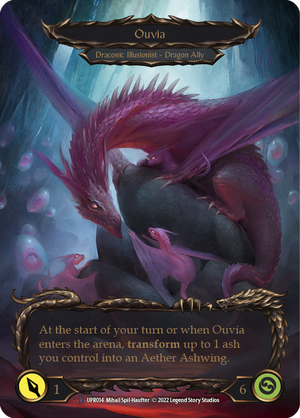 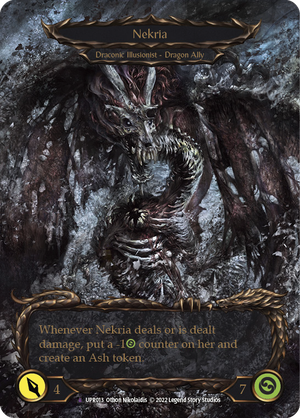 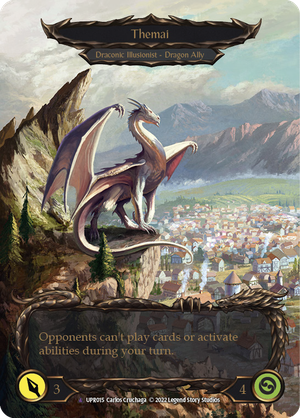 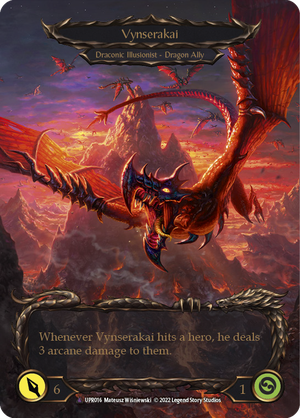 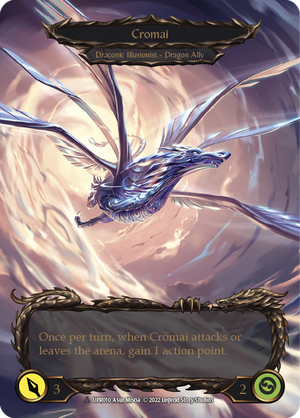 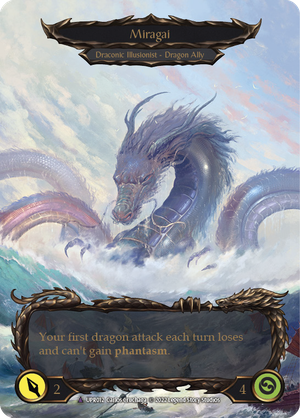 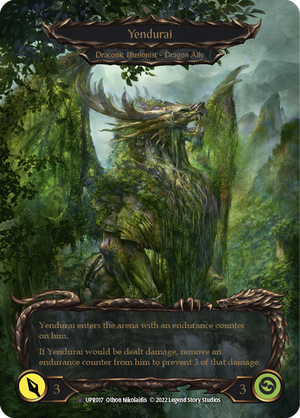 Dromai is an Imperial Illusionist able to conjure the legendary dragons of Rathe out of aether and ash. Include many red cards in your deck to create Ash tokens to transform into dragons using invocation cards.

An innocent sibling rivalry fought over a games of go and other childhood follies is but a flicker of a distant memory. The divergent paths they have taken may be leading them towards a conflict where the winner takes all.

Use aether to transform ash into fantasical illusions and invoke the legendary dragons of Volcor!

If you want to survive in Volcor, you better come prepared for fireballs and aether flares! Aether Ashwings serve to protect you and attack at your command.

Stir up a storm with the beating of dragon wings at your command!

The dragon of devastation, said to serve only the Aesir of Flames.

The dragon of metallurgy, said to power the Imperial Furnace.

The dragon of dominion, said to oppress the Volcai.

The dragon of choice, said to guard the crossroads of Sandikai.

The dragon of greed, said to dwell in her lair deep beneath the Pits.

The dragon of fertility, said to roost within the lush caverns of Aria.

The dragon of decay, said to roam the crypts of the Demonastery.

The dragon of law, said to watch over the golden plains of Solana.

The dragon of aggression, said to prowl the Red Desert.

The dragon of engineering, said to soar over the Metrix rust belt.

The dragon of tactics, said to be adrift within the ash sprays of the Misterian coast.

The dragon of endurance, said to be rooted deep within the Savage Lands.