Ace in the Hole

Animation by Michał Makowski, Illus. by Maxim Kostin
About Learn

Azalea is an obsessive, self-serving contract killer from the depths of the Pits. Working out of the Blackjack Tavern, she carefully selects each contract, going to great lengths to coordinate a flawless execution. Azalea has carved out a reputation for herself as one of the best contract killers, determined to stay one step ahead of the competition.

A life on the streets has made Azalea cynical and restless. In the Pits, anarchy reigns supreme, and a single mistake can mean the difference between life and death. Even though she has come a long way, Azalea has yet to realise that she is just one small cog in the giant, decrepit machine of the Pits...

The tools of the trade. Use your bow to load arrows into your arsenal, and ready, aim, fire! Azalea's signature bow, Death Dealer, allows you to draw a card whenever you load an arrow, ensuring Azalea always has one more ace up her sleeve.

One shot is all you need. Take your time, set up your position, and shoot to kill. Use effects to set up the top of your deck with Azalea's hero ability, to guarantee your kill shot hits the mark! Azalea's ability to give her arrows dominate is deadly when combined with effects that increase the power of her death whistlers.

An Ace Up One's Sleeve 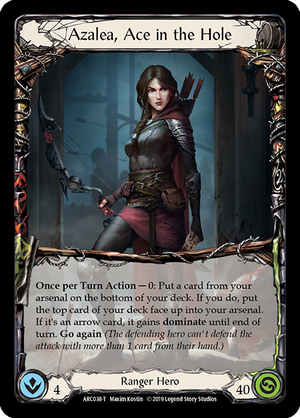 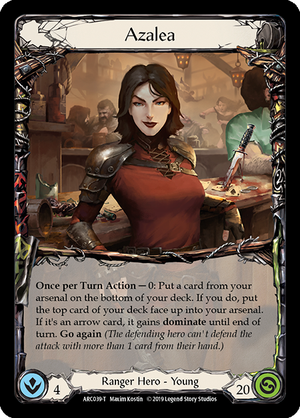 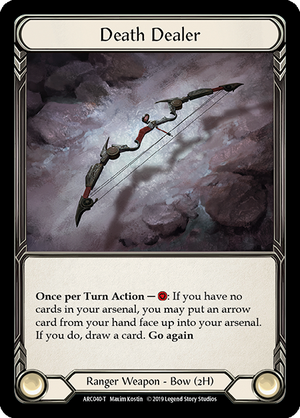 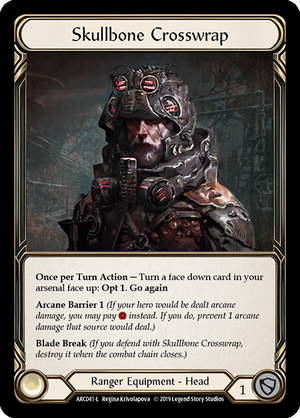 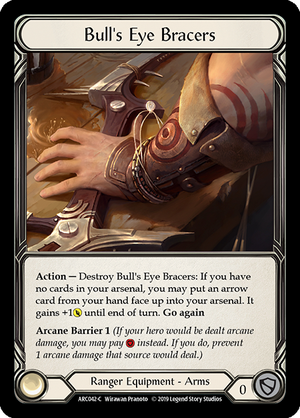 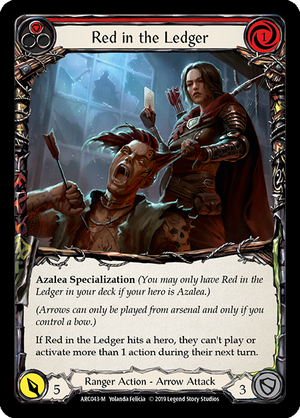 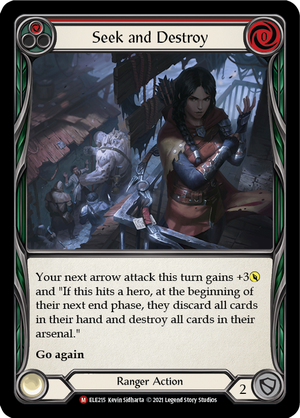 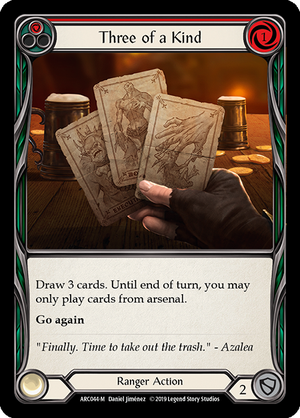 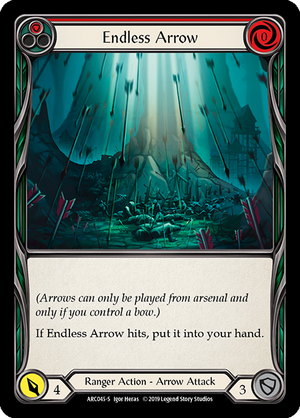 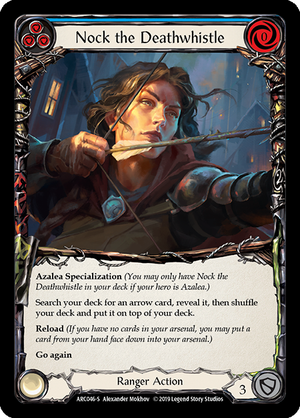 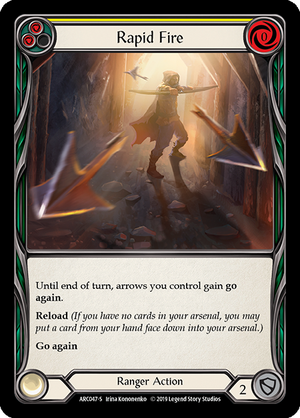 One shot is all she needs. Set up your position and take aim with card effects that opt, before using Azalea's ability to ace the target with her kill shot.

You do what have you to, and take what you have to take, to get by in The Pits. Taking lives is what Azalea has to do, and she does it well.

Draw the string, load your arrow, and shoot to kill. Death Dealer's effect makes sure you're always got a card up your sleeve.

Zero in on your target, with the legendary Skullbone Crosswrap. Set a card in your arsenal at end of turn or use the effect of a reload card to activate the Crosswrap and take aim with Azalea's kill shot hero effect.

The hard job's are ones where they know they have a bulls eye on their back. Bulls Eye Bracer allows you to take a second shot at a key moment of the game, usually after firing off an arrow that has go again to keep your target pinned against the wall.

Red in the Ledger

"You ain't go'in nowhere big boi." Pin the enemy with Azalea's signature shot. Red in the Ledger puts you in a position of control, restricting the opponent to a single action during their next turn which allows you to keep cards in hand to keep the pressure on.

You have your mark, now seek and destroy them! Combine Seek and Destroy with Red in the Ledger and Azalea's hero ability to keep the opponent choked on cards, then enjoy a job well done as you take everything from them they hold so dear.

Three of a Kind

One arrow a piece for three scumbags in kind. Play Three of a Kind from your hand when you have a card with reload in your arsenal. You'll be able to play 1 card drawn through reload, one through Death Dealer's effect, and the third with Bull's Eye Bracers. Alternatively, you can bypass playing cards altogether, and simply end the turn with more cards in hand than your hero's intellect for a monster play the following turn!

"It is said, a hero with hair of silver once rained down a million shots on a single foe, all because of a broken heart." - Unknown

Reach into your quiver and fit the perfect arrow to your bow. Nock the Deathwhistle puts the arrow you search for on top of your deck, the perfect place for Azalea's hero ability to load it for a dominating kill shot.

Rain down razors with Rapid Fire. Exactly the card you want lurking in your arsenal when you move all in with Three of a Kind.