Legend Story Studios is thrilled to announce that the second Pro Tour event of 2022 will be coming to France in August of this year! 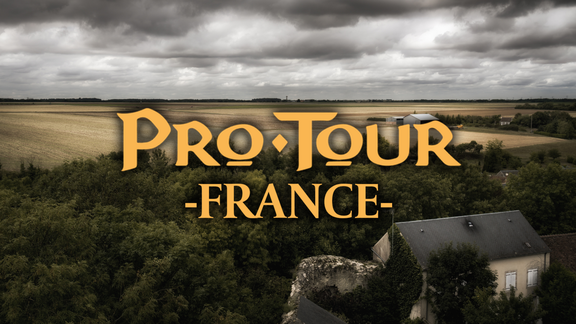 Since our European launch in October 2020 the game has grown to include over 600 stores that are now supporting Flesh and Blood. Bringing high level organised play to Europe has been a crucial goal for us since the game launched. Last year's National Championships allowed us to bring 17 top level tournaments to the continent, and we've made ongoing efforts to bring the Calling series to Europe as well (amidst a lot of lockdown related disruptions!)

Now, we're happy to bring the highest tier of Flesh and Blood Organised Play to the community in Europe! This August, players from around the world will have the opportunity to compete for the title of Pro Tour champion, $100,000 USD in prizes and gold foil legendary prize cards.

We'll be releasing details of the event over the coming weeks, but today we wanted to give you the first look at what the event will entail.

The Pro Tour will take place over four days;

The next Flesh and Blood release (coming mid year!) is going to support a return to limited play, meaning that the second Pro Tour is going to feature a hybrid format of both Classic Constructed and Draft through both days of qualifiers, with the Top 8 featuring the best players battling it out in the Classic Constructed format.

Alongside the Pro Tour itself, there will be a full weekend of public events, including;

Offers are going out to stores next week for the next season of ProQuest, which will take place following the conclusion of the upcoming Skirmish season. This will provide players across the world a chance to win a ProQuest Invitation to the Pro Tour in their local store. On top of this, there are a range of higher level events coming up across the world that will allow players a chance to compete for PTIs and to warm up for the Pro Tour itself. 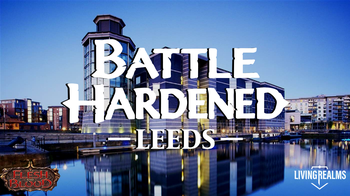 Specifically in Europe there are more Battle Hardened events being announced shortly, a Calling lining up for Utrecht in the lead in to the Pro Tour to allow players to sharpen their skills and test their decks ahead of the main event. There's also one more very special event that we're lining up for the whole European community to finally get together... And for our fans in the UK, we're going to be crossing the Channel at the end of the year for one last Calling to close out 2022.

So... a big year of events coming up for the European community. And there will be lots more announcements about events going on throughout the Pro Tour weekend to make the first ever European Pro Tour a truly special experience for the community and a celebration of all things FAB. We look forward to sharing more details with you in the coming weeks!

* As we've discussed before, we've been juggling the European schedule for some time trying to deal with the effects that lockdowns and venue closures have had on our bookings. For a time we were looking at hosting this event in Utrecht, but as we've locked down venue bookings and timings, the option we have in France has turned out to be better suited for the Pro Tour. Unfortunately in the interim we had posters printed indicating that the event would be taking place in Utrecht, which is now not the case. You may see some of these floating around - beautiful but useless, a little reminder of the chaos of the last two years...