Welcome to the final article in our three-part First Impressions series! With the conclusion of Uprising preview season and our World Premiere events, players around the world have watched, played, and theorised about their first glimpse at the upcoming set. Ahead of its worldwide release on June 24th, we decided to talk to members of the Flesh and Blood community, and ask for their first impressions of our latest heroes.

For our third and final article, we're discussing Iyslander, Stormbind. Iyslander made her original debut in Everfest as a young hero, before making her triumphant return with our mini-preview season earlier this year, which revealed that she would be released as an adult hero in Uprising. The second-ever Wizard in Flesh and Blood, and the first to be released with a talent, Iyslander made waves in the Blitz format and showcased what the power of aether combined with a good Frostbite or two could accomplish. 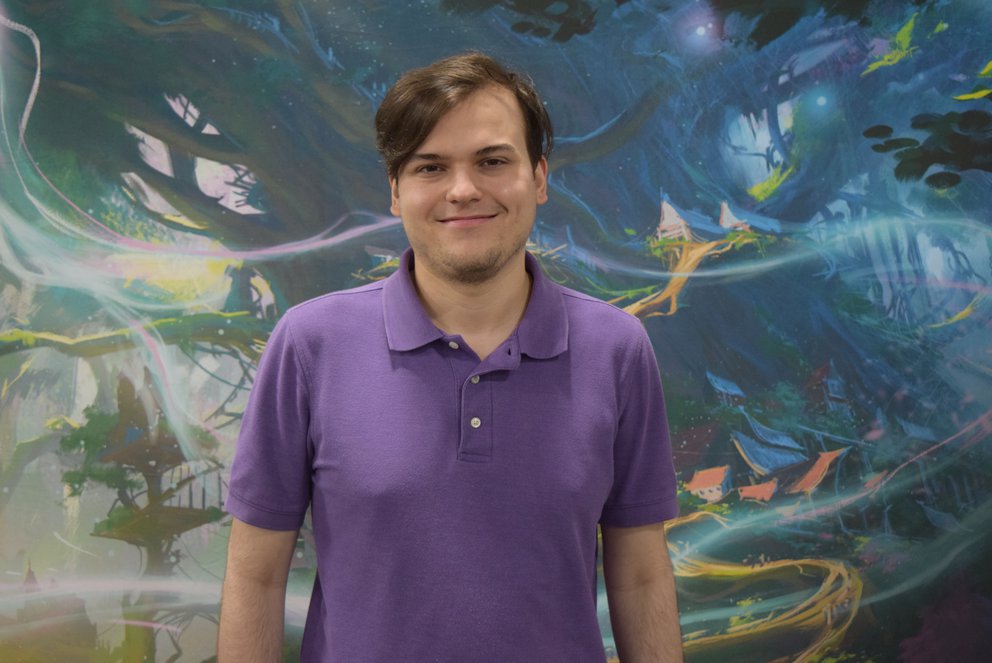 Alexander has long been a champion of Wizards in the competitive scene, taking Kano to a 6-1 finish at the Calling: Las Vegas in 2021, before becoming one of two Kano players in the Top 8 at the Pro Tour: New Jersey this year. At the World Premiere weekend in Las Vegas, he won the Team Blitz Calling alongside Jason Overholt and brother Matthew Vore, once again showcasing the competitive potential of the Wizard class with his Kano deck.

"Iyslander stands to be one of the heroes with the most potential to shift the entire meta; perhaps becoming the premier wizard to finally have a constant presence in CC. Almost completely the opposite of most traditional Kano decks, she seems to excel at long games where she can control, disrupt, and manipulate her foes while slowly grinding them down to victory. It'll be interesting to see how she can pivot from disrupting the game plan of aggressive decks to outvaluing the more control-oriented ones. I didn't have a great opportunity to build an Iyslander deck at the World Premiere, but I was thoroughly thrashed by one in the final round who managed to control the entire game and draw it out until victory was inevitable. I'm definitely looking forward to doing some testing with her when the set officially releases, and getting my hands on the fantastic art (especially the stunning foils) her cards have!" 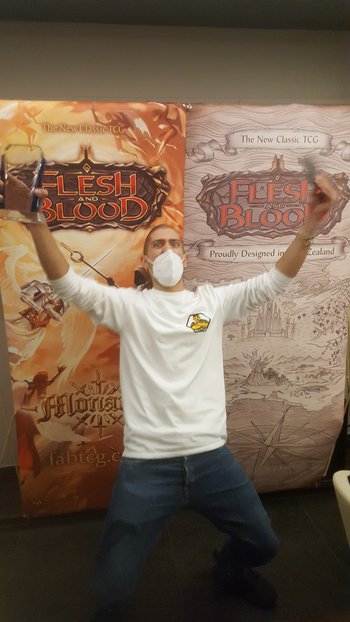 "The new Wizard hero of Flesh and Blood, Iyslander, brings the Wizard gameplay experience to another level. Introducing the elemental Ice talent adds a layer of complexity to a class that is already considered to be the most complicated of the game. Not only does it challenge our understanding of the class, but it also paves way for new interpretations of how the deck should be played. While I did not have nearly enough time to test the new cards, I did try to build decks with a couple of concepts in mind: total lockdown control decks and midrange disruption decks. The first is probably the most intuitive build that one can think of, as we have many cards that create frostbites or remove go again from our opponents' cards. The idea behind the deck is simple and pivots around Frost Hex: stop whatever is the gameplan of the opponent, set up all three Frost Hex, and close the late game with crazy amounts of "frostbite Hex" damage. While the deck sounds pretty solid on paper, there are some problems that the Wizard community will need to solve. The first one is meta-dependent - if the new Classic Constructed meta shifts towards an Illusionist-dominated environment, such control-heavy decks will have a hard life. Keeping up with Dromai allies or Prism auras while surviving the giant phantasm attacks and setting up the Frost Hex will definitely be challenging if ever possible. The other main problem I see is that, unlike Oldhim, Iyslander is not really fit to play the long long game. She starts with less life, does not have a weapon to strip cards from the opponent's hand (Arcane Damage will allow the opponent to defend while keeping the cards in the deck, very relevant in long games), and requires a lot of ice cards to work properly, which means a lot of 2 blocks. Additionally, while defense reactions are good in the deck, having too many will result in 'brick hands', resulting in the opponent breaking free from the lockdown and probably winning the game. My first advice here would be 'don't try to make Iyslander an Oldhim 2.0', because it will probably not work.

The other deckbuilding option that I am exploring is, as mentioned above, a midrange disruption deck. In this prospective, we can consider Iyslander to be a fusion between Kano and Oldhim: she has the same wizardy potential for explosive arcane damage turns, probably with more consistency than Kano, while being as good as Oldhim (if not even better) at disrupting the opponent's gameplan. The deck would seek the consistency of playing almost always in both turns, slowly chipping at the opponent's life, while keeping them in an annoying haze of frost(bites) and never letting them play a turn at full potential. The deck would involve a lot of disrupting on-hit effects such as Command and Conquer or Encase, mixing Arcane and Physical damage to increase damage output and make sure that our opponents can never use their equipment efficiently: if they have Arcane Barrier, they will be more vulnerable to physical attacks, and vice-versa. For now, I am more inclined to believe that the second version of the deck is the one that will prove more efficient in a competitive environment, but I can't wait to be proved wrong!

To conclude my reflection, the new Wizard definitely has a lot of potential, and may end up shaping the new Classic Constructed metagame, rising to oppose the old and new Heroes of Rathe. While we don't know yet if she actually has what it takes to rise up at the peak of Flesh and Blood competitive play, I personally expect her to be a late blossom, as control and disruption decks tend to have slower learning curves. One thing is sure though: there is a lot of work to be done, so to all the Wizards out there... time to start brewing! May the aether be with us all." 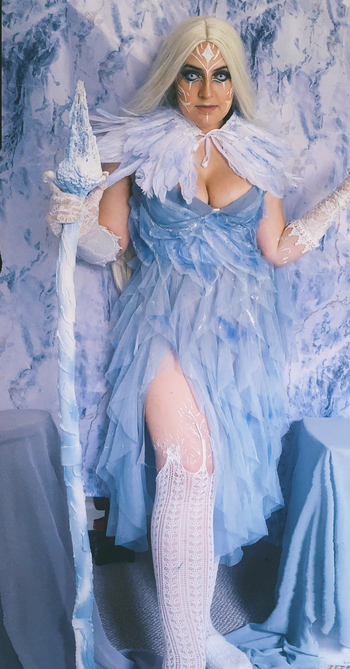 Elaine made her Flesh and Blood cosplay debut with Iyslander at the Pro Tour: New Jersey, and recently revealed Singe as part of the Uprising preview season. At the World Premiere event in Las Vegas, she brought a new cosplay to the field, and a cold front to the convention hall with her rendition of Iyslander, Stormbind.

"I think Iyslander will change the game because of her ability to create frostbites at instant speed. This is something we haven’t really seen yet in Flesh and Blood. After the World Premier of Uprising, it seems that many people think aggro decks will dominate the beginning weeks of the Uprising meta. However, I think Iyslander will be able to combat this with her frostbites. I actually played Iyslander in the Uprising sealed event at the Las Vegas Uprising World Premier. It was my first time playing any wizard hero and I absolutely loved it. I went 3-3, losing in the beginning rounds and winning in the late rounds. It took me a few games to figure out the full potential Iyslander had and how exactly to play wizard as a class. By the end of it, I was hooked. I couldn’t wait to get home and start building an Iyslander deck outside of the limited format. I suspect that many people will have the same experience of completely falling in love with the deck once the full potential is realized. I was also wearing my Iyslander cosplay and the experience of fully embodying the hero that I was playing as was one of my favorite moments and memories in my Flesh and Blood career. The artwork for Iyslander and the cards in her deck are out-of-this-world gorgeous. I cannot wait to watch her popularity grow after the official release of Uprising." 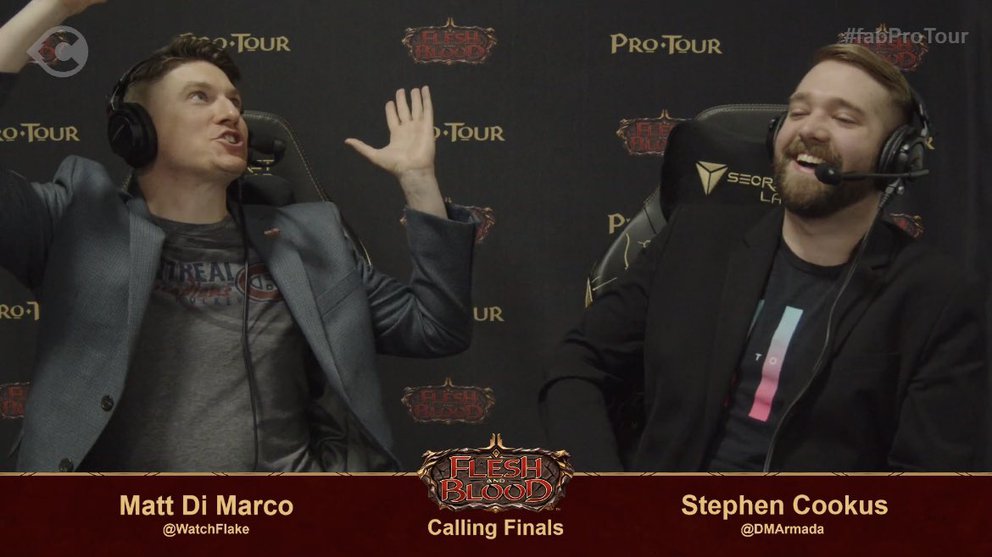 DMArmada has been involved in the Flesh and Blood community since October 2019, and became a part of the Arcane Rising preview season after hitting on one of the key mechanics for the then-unreleased Ranger class. Since then, he has quickly become one of the central pillars of Flesh and Blood, joining commentary teams for competitive events like the Pro Tour, creating introductory videos for new players, making predictions about upcoming sets, and reporting the latest FAB news.

"I love the wizard class. And as a wizard aficionado, I was so incredibly excited to see Iyslander make her return to the storyline here in Uprising. She’s got it all: a backstory full of intrigue, a disruptive counter-play style, and a really beautiful new weapon that gives you incredible amounts of value over time! It was an absolute blast to see so many players in the Vegas Premiere event trying out what has firmly entrenched itself in my mind as my favorite class in the game. And after a weekend of playing both with and against Iyslander, I’ve come to realize that she is perfectly suited to introduce new players to the wizard class.

As the only hero in the set with access to ice talent cards, Iyslander is a fantastic foil to the draconic siblings. Although innocuous on paper, the ability for her class cards to generate frostbite tokens, freeze the opponent’s tools, and slow down the game state can never be taken lightly. Having stared down TWO Frost Hexes and three frostbite tokens at the end of one of my games this past Friday, I can attest to that!

With all of these new disruptive tools combined with the power of existing wizard class cards, I can’t wait to see the splash she makes in the Classic Constructed meta. In my opinion, she is by far the coolest character in the new Uprising set!"