Welcome to the first article in our three-part First Impressions series! With the conclusion of Uprising preview season and our World Premiere events, players around the world have watched, played, and theorised about their first glimpse at the upcoming set. Ahead of its worldwide release on June 24th, we decided to talk to members of the Flesh and Blood community, and ask for their first impressions of our latest heroes.

For our first article, we're discussing Fai, Rising Rebellion. Fai will be our fourth Ninja hero to date, but only one of two who are able to played in Classic Constructed, introducing a new Ninja hero to the format for the first time since Katsu debuted with Welcome to Rathe in 2019. He's the first Ninja in Flesh and Blood to feature a talent, and one of the first two heroes to showcase the brand new Draconic talent. 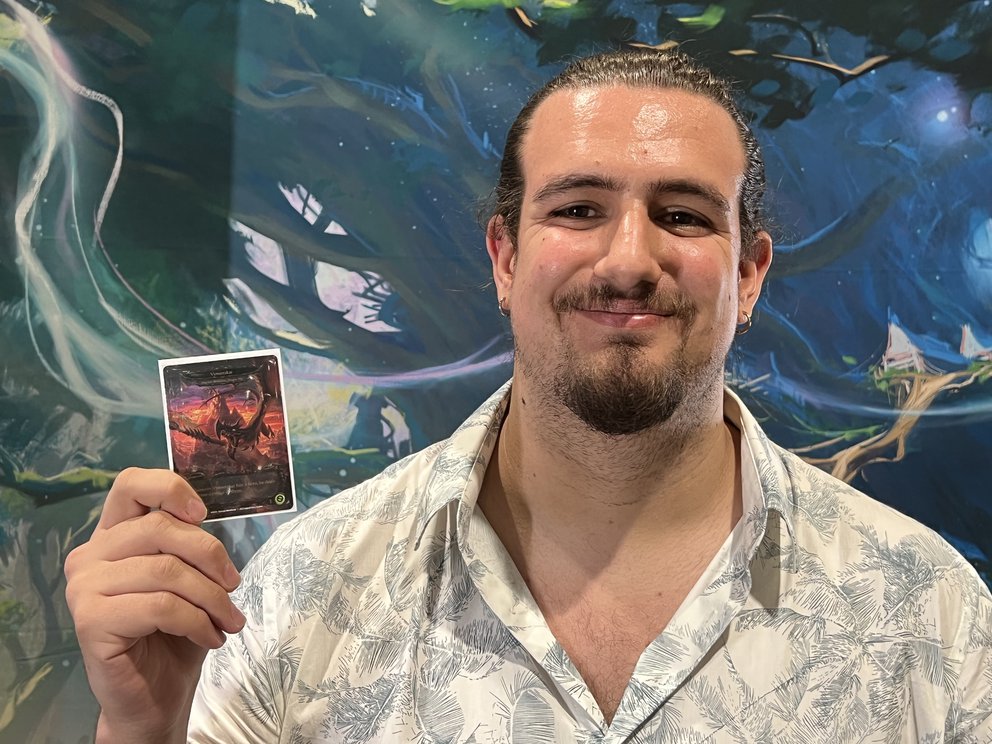 Our first-ever Pro Tour Champion, Spanish player Pablo Pintor won the Pro Tour: New Jersey earlier this year, and was one of three players who won the Team Blitz Calling at the World Premiere weekend in Madrid.

"Of all of the new 3 heroes from Uprising (all 3 are really cool, this set is amazing), Fai was the one that I was most excited for, his artwork and his theme were as if they were tailor-made for me. Since I started playing competitively, the Ninja class hasn´t been one of the dominant decks, so I was pretty excited about the new possibilities he could bring to the game. When I was waiting to open my boosters on the Madrid Premiere, I was already thinking about his cards and synergies. Sadly I couldn´t play him (had a lot of ice cards, which ultimately was good as I also had a blast playing an Iyslander deck), but I played against tons of Fai, and I can happily say I wasn´t disappointed. Long combat chains, tons of pressure, many options headed into each round and a few ninja tricks here and there made the deck a delight to behold, and the interactions with Phoenix Flame were really cool, can´t wait to use those in Classic Constructed.

Really excited to get another chance to try him next week during the pre-release events and being the one delivering a flurry of blows onto my opponents!" 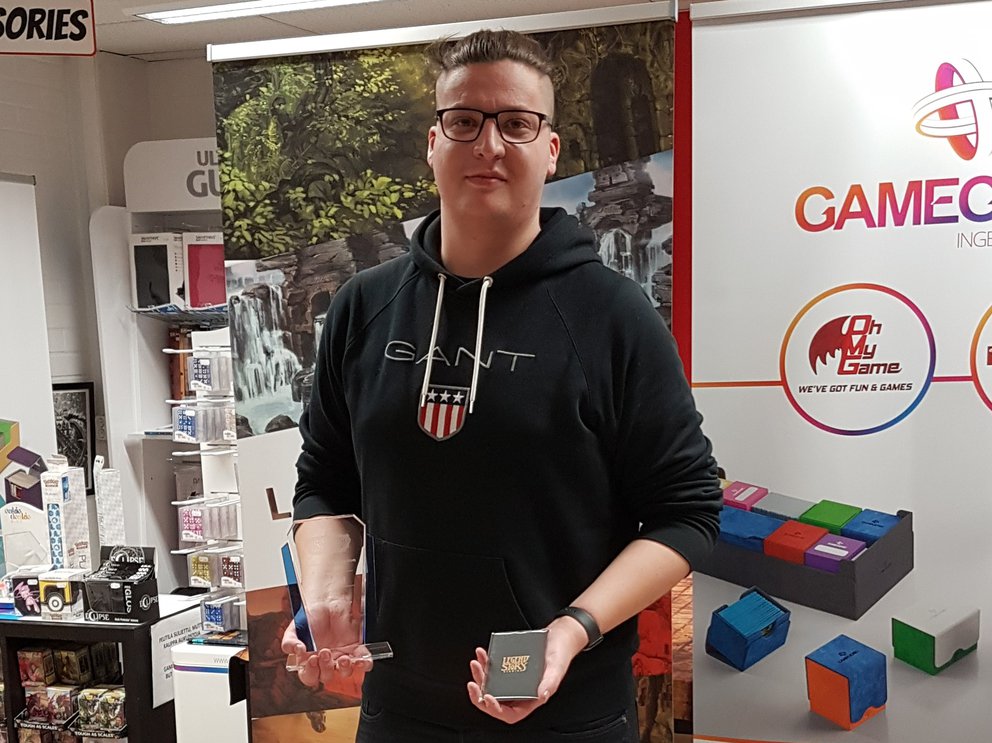 In 2021, Finnish player Mikael became the first (and, to date, only) player in Flesh and Blood history to win a National Championship with Katsu. In a metagame that was dominated by the double-threat Runeblade duo Briar and Chane, Mikael took his control-style Ninja deck to victory, becoming the first Finnish National Champion.

"I think there’s more to Fai than the aggressive side he primarily represents. The new Draconic cards seem to be quite oppressive in different ways, which might give Fai the instruments to also be a reactive/controlling hero and not only a proactive one. The meta will definitely change a lot now with the first heroes getting a Living Legend status, and I’m excited to see if any control versions of Ninja (especially Fai) is in the top tier competition for the upcoming season!" 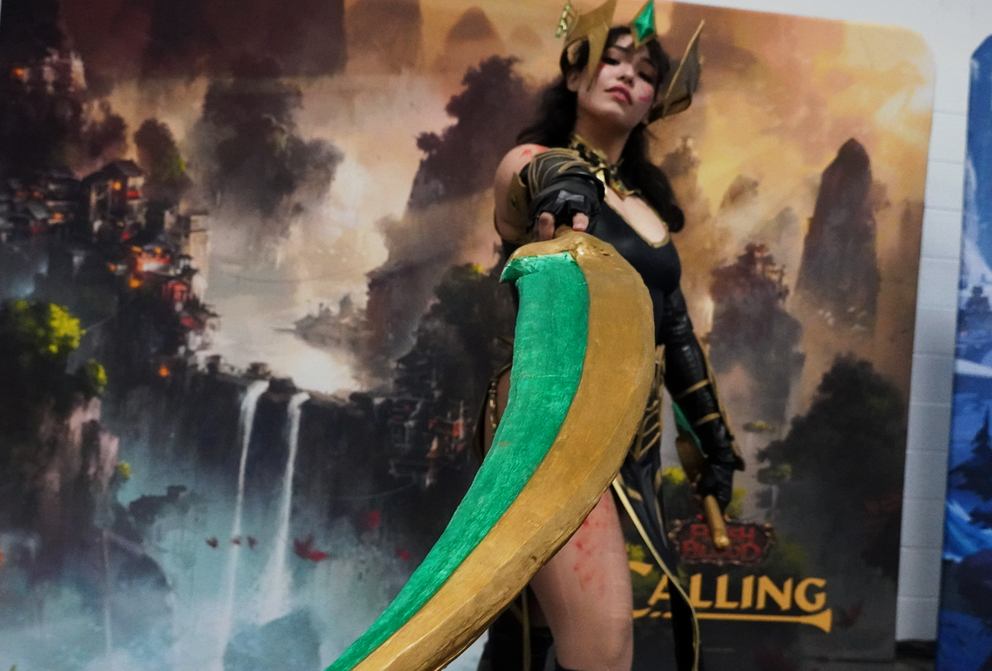 US cosplayer Carolina recently won the Cosplay Contest at the Pro Tour: New Jersey with her rendition of Exude Confidence, and also competed at the Calling: New Jersey.

"I think Fai is extremely well positioned in this new, Starvo and Chane absent meta. With no one 'really' knowing what the best strategies are, aggressive decks tend to thrive in these scenarios. His go-wide game plan is intriguing to me, and I can not wait to see his play style evolve as we players explore his strengths and weaknesses. I have always been a big fan of the Ninja class and it’s hero pool. I think this new hero will give something refreshing to the archetype, while it also maintains the class identity, rather than going into an entirely new direction. Just seeing pictures of players boardstates online at the World Premier Events has had me foaming at the mouth to finally be able to play him on release weekend. He’s also really hot." 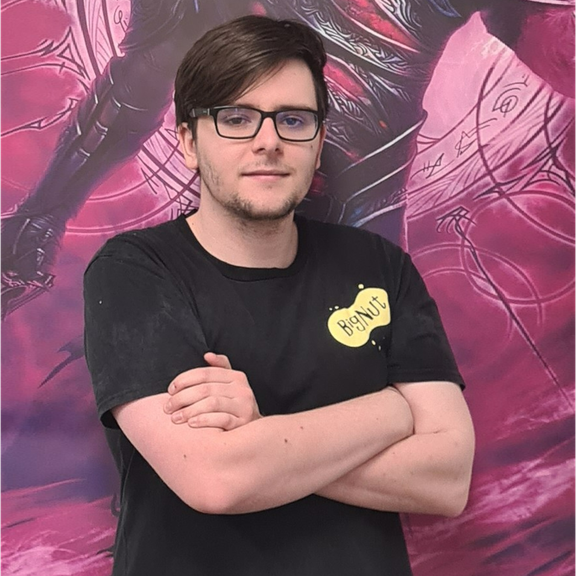 Kale is known in the Flesh and Blood community for his lore videos, discussing the stories of heroes and regions, and theorizing about plotlines and the world of Rathe. One of his first videos talked about the history of our first-ever Ninja, Ira, Crimson Haze.

"Fai interests me a lot. To not only lead a rebellion against the status quo that threatens to destroy many lives but to also do so against a sibling takes incredible courage and bravery on Fai's part. 'Blood is thicker than water' is a great adage that can describe the internal struggles that Fai faces. Are familial bonds more important than the spilt blood that ties battlefield allies together? This moral dilemma is something that is still prevalent in our modern society too, and I'm sure his character will resonate with others who have struggled with similar decisions in their lives. I greatly look forward to learning more about the uprising in Volcor and where it will lead!

I also love the dichotomy that Fai and Dromai share as siblings; this is the first time we have seen hero specialisation cards that can be used by more than one hero (excluding Shiyana of course!), not to mention their shared Draconic talent and the Rupture mechanic being important in the deck-building process for both heroes. I can't wait to see Fai pumping out super-long combat chains!"