The Calm Before the Storm

Over 150 players took their seats to participate in the first $10,000 prize pool Calling event of the year in Auckland, New Zealand this past weekend. The format of gameplay for the day was Blitz. 11 rounds of Swiss gameplay, followed by a Double Elimination Top 8 cut. The day ahead was forecast to be long and arduous for the budding combatants who had their eyes set on the trophy, as well as the coveted Golden Cold Foil Legendary prize cards rewarded to those fortunate enough to reach the Top 8 players of the event. Players have yearned for a prolific open event and the impressive turnout being a testament to that desire, the competitive spirit was most definitely in the air.

Cards are sleeved, decks are shuffled, with pens, paper, and dice at the ready for a full-on day of great games. Let the action begin! 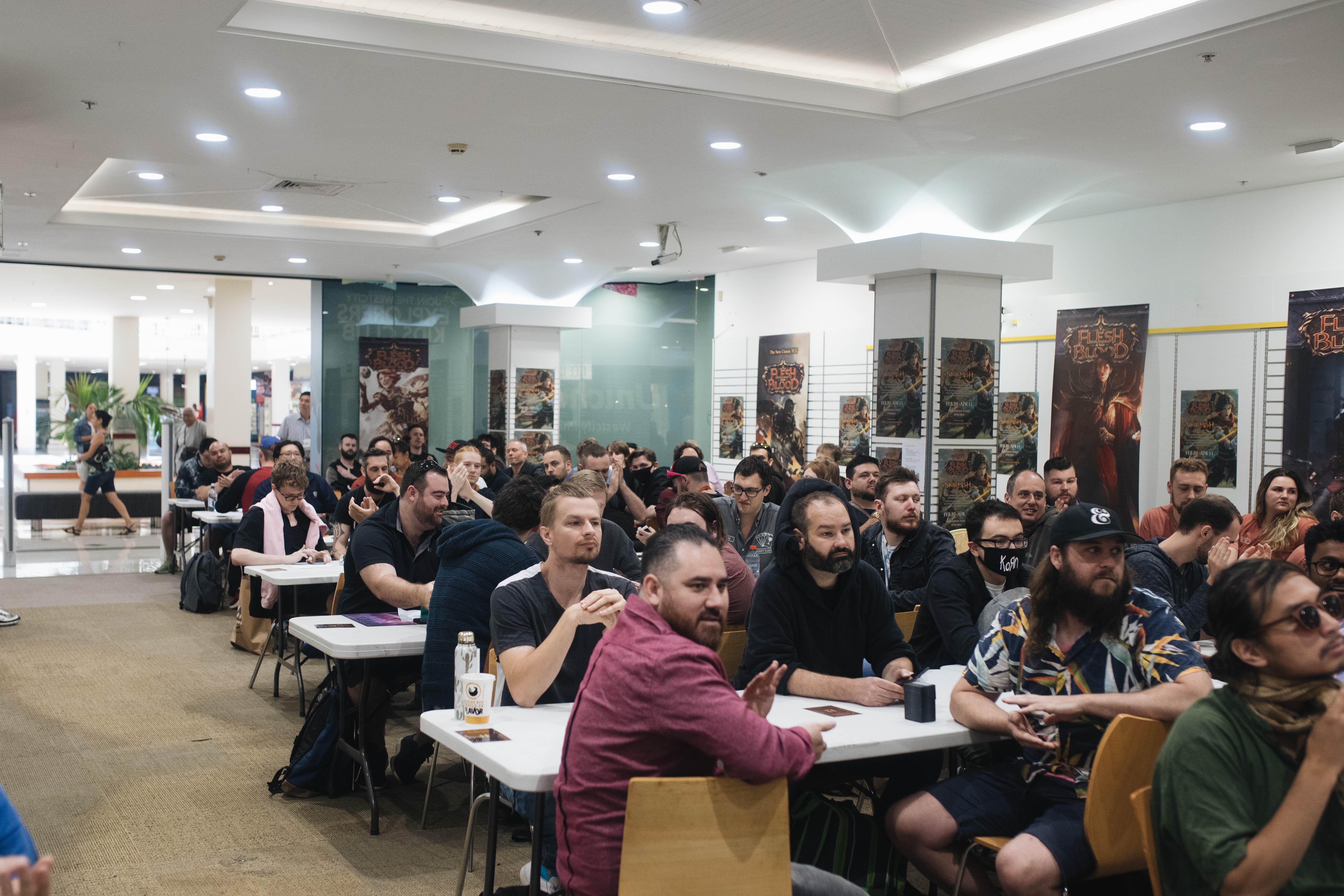 A hushed crowd of Flesh and Blood players as they are seated for the Player Meeting, being addressed by the Judging Team. 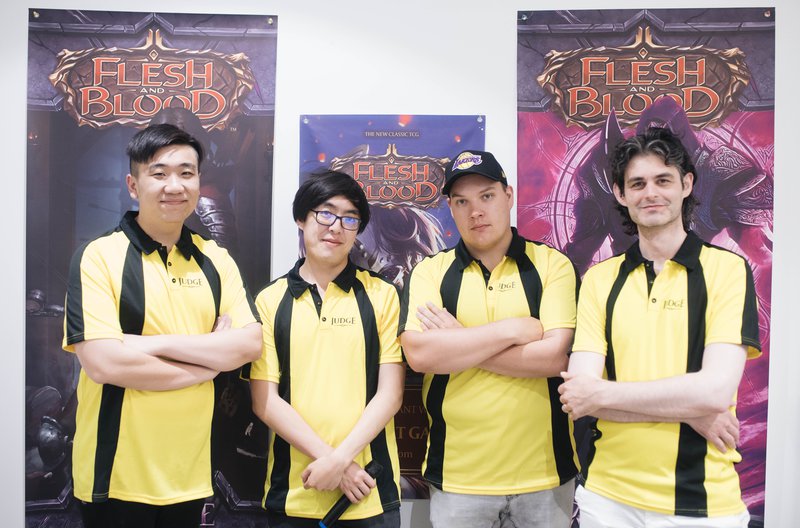 Ira, Crimson Haze proved far and away to be the most popular hero, being just over a quarter of the field. The wizard Kano and fan favourite warrior Dorinthea both played half as much as the leader of the Crimson Haze rebels, quickly defining half of the metagame. Being the big three heroes to look out for, players that prepared to face off against them stared favourably ahead.

As dictated by his brutish nature, Rhinar leads the rest of the very diverse pack, closely followed by the Arknight himself, Viserai, the strongest man in Rathe, Bravo, the genius inventor from Metrix, Dash, and suitably, the runt of the litter, Kayo.

Five other heroes filled out the few remaining tables, including the underdog ranger Azalea, two ninjas hailing from the Mugenshi clan, Benji and Katsu, the outcast warrior and sellsword Kassai, as well as a lone Data Doll that is begging to be the dark horse of the tournament.

The only heroes not being brought to compete were Kavdaen the merchant & Shiyana the shapeshifter. 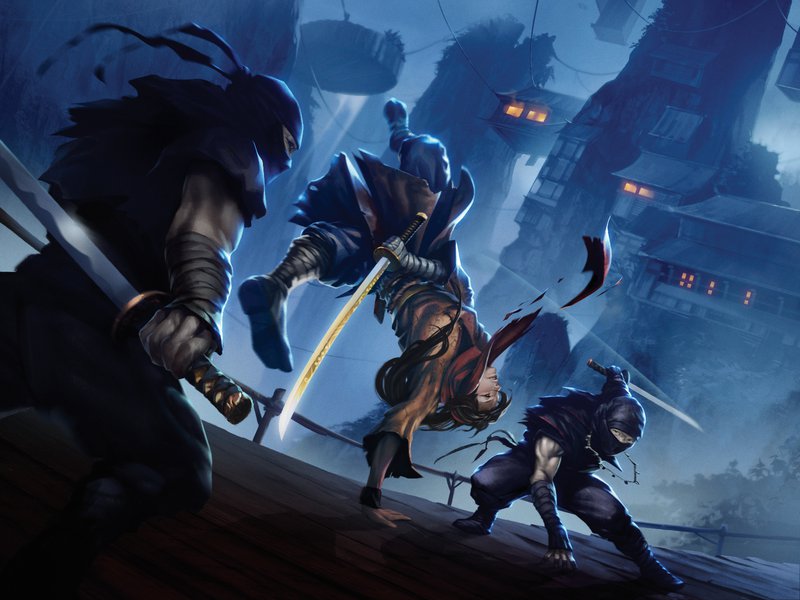 The metagame pillar "Flic Flak", players will have to evade the constant torrent of deadly and precise swings of a well versed and practised Ninja just like Ira does in its artwork in order to survive the day.

The metagame is set, along with the expectations of what will see success throughout the day. With the majority of players playing one of three heroes, and with such a high amount of rounds in the Swiss portion of the event, it can be expected that at the day's end it will be a flurry of knives, staves, and swords vying for the trophy.

Where most of the action takes place, the Swiss rounds are where players compete to try and earn as many wins as possible, so that they land within the Top 8 of players in the day, moving forward to the Double Elimination rounds and the chance to take it all down with their named etched in Flesh and Blood history!

Cash prizes for the event were spread all the way to 32nd place, giving players who fell early on the field of battle plenty of chances to earn themselves some redemption and loot! 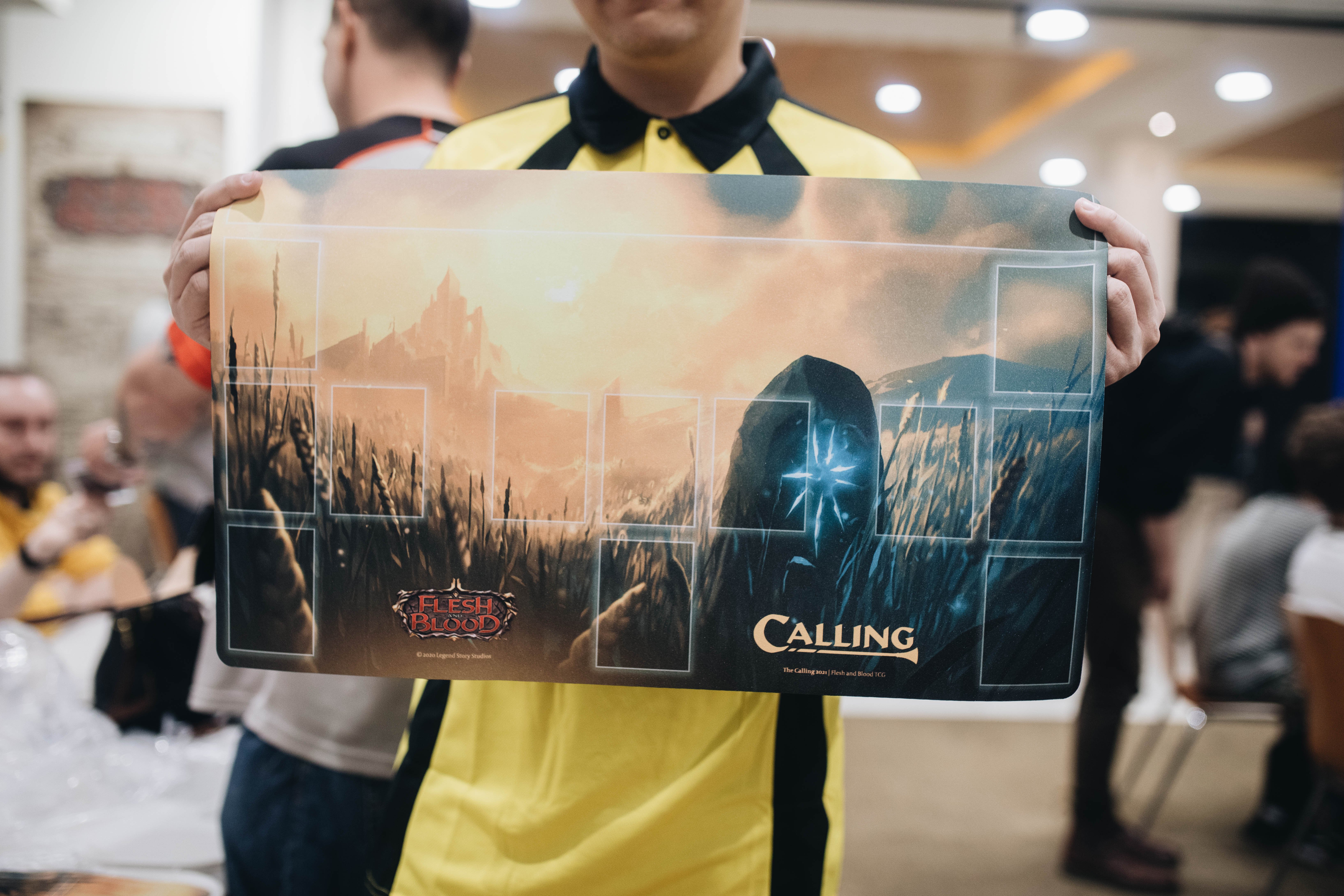 A beautiful playmat featuring Adolfo Navarro's artwork for Sigil of Solace was awarded to each player in the main event. 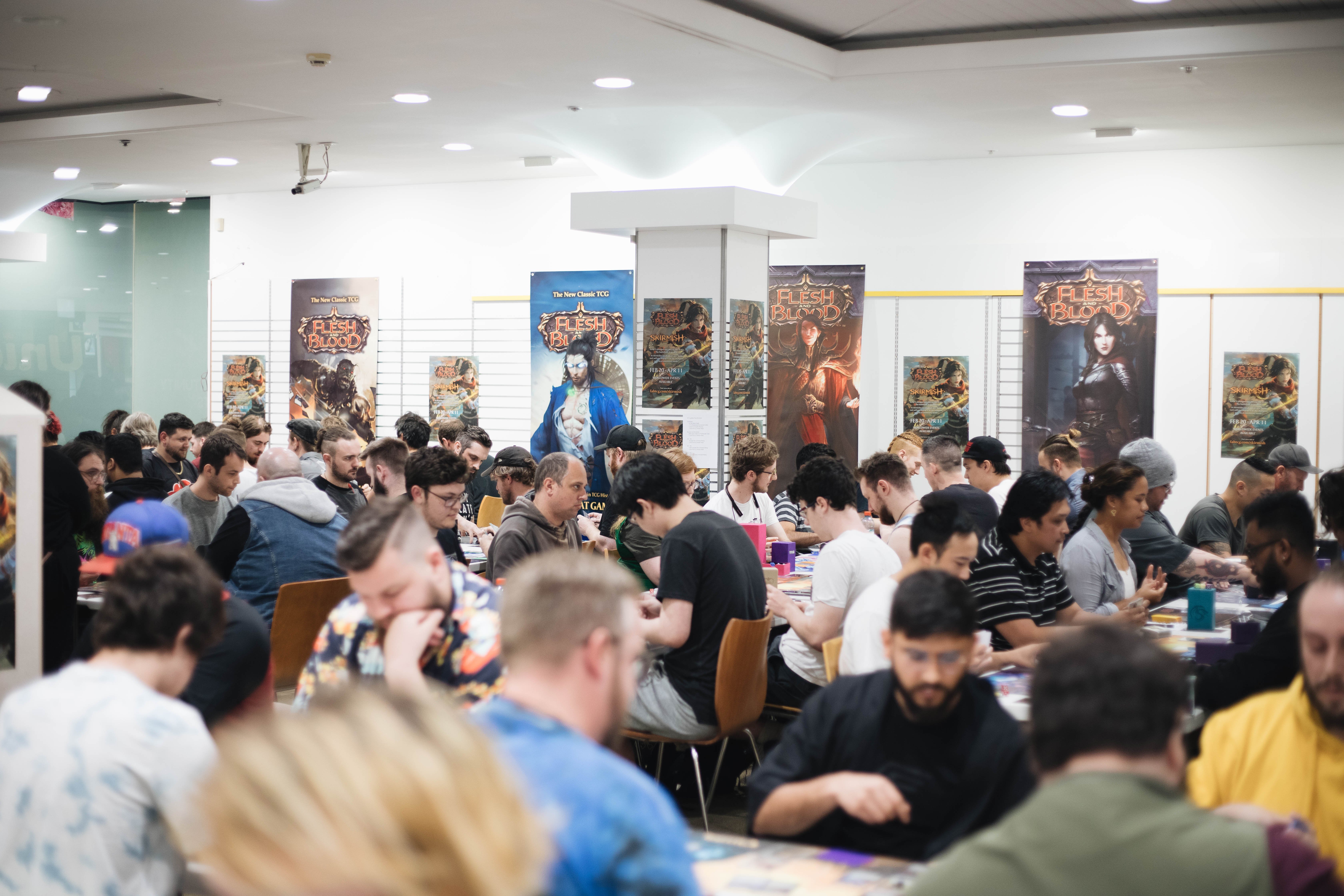 Over 150 players fighting it out with their Blitz decks to earn their share of $10,000 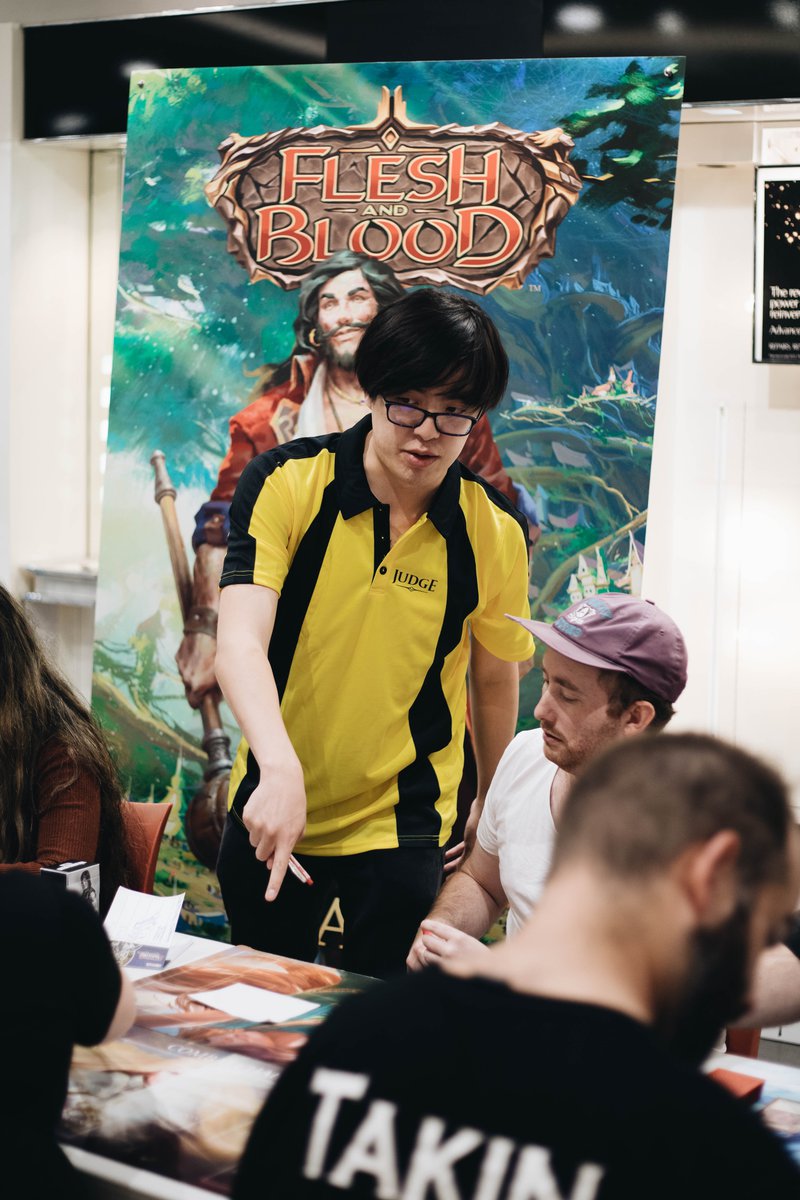 The Judge Team diligently helping answer any rules questions players had throughout the tournament. 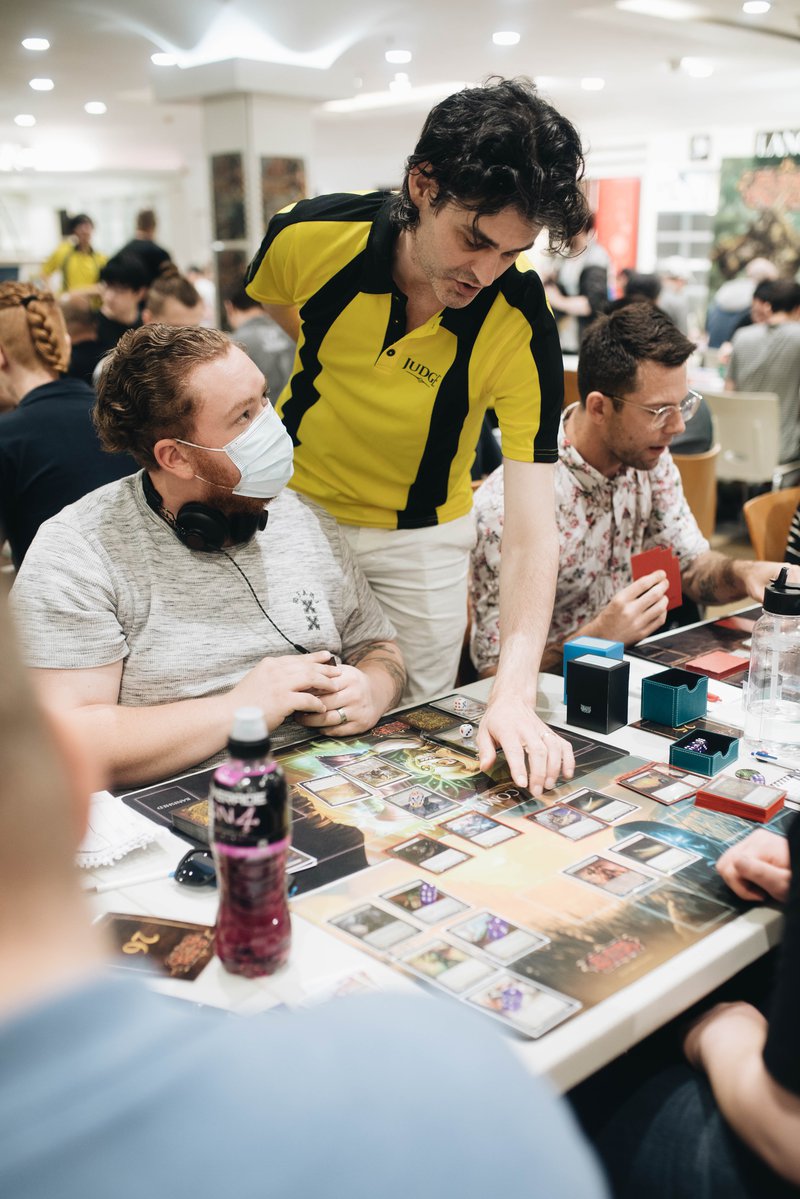 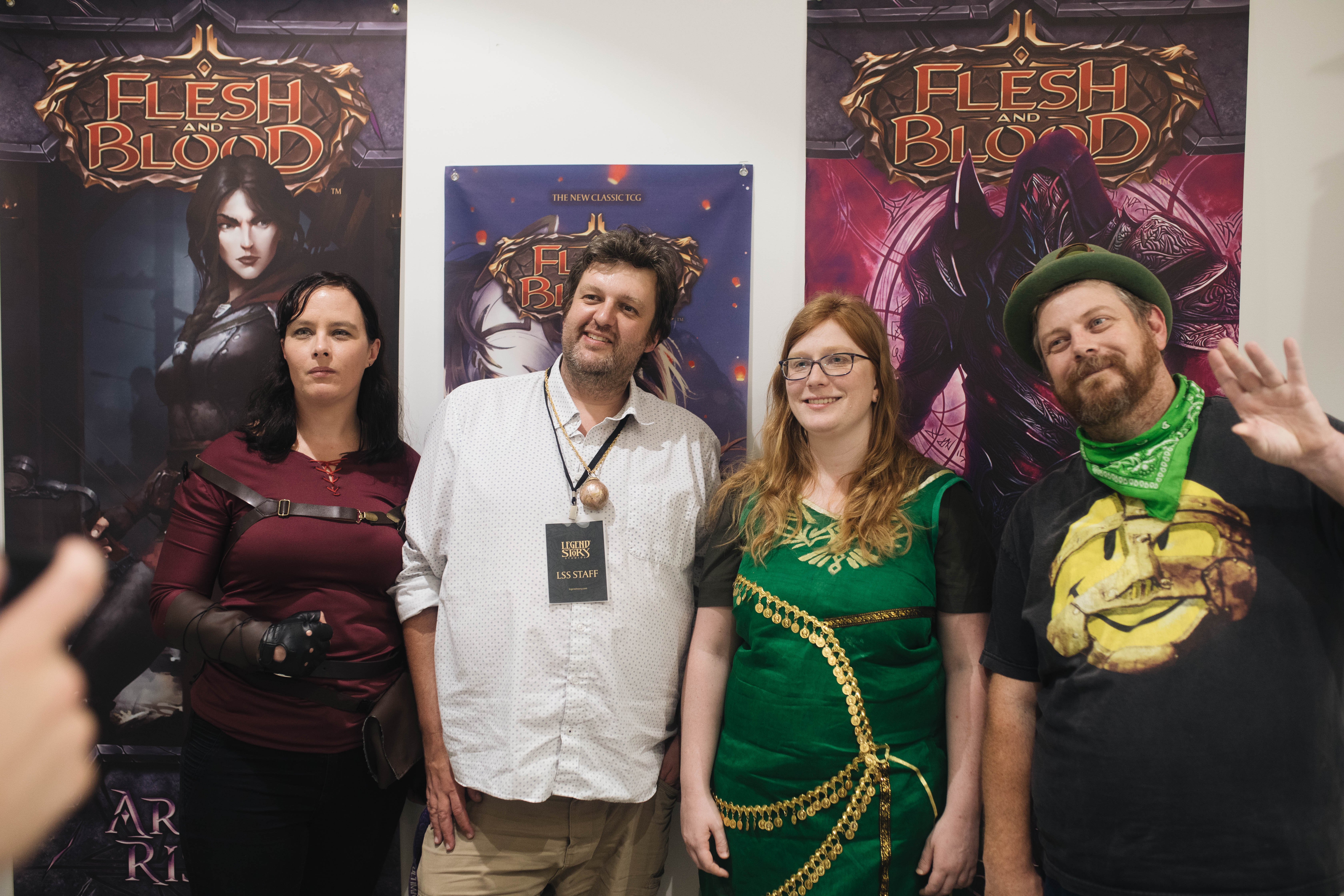 An Azalea and Fyendal's Spring Tunic spring off the table and into reality with dedicated cosplay! 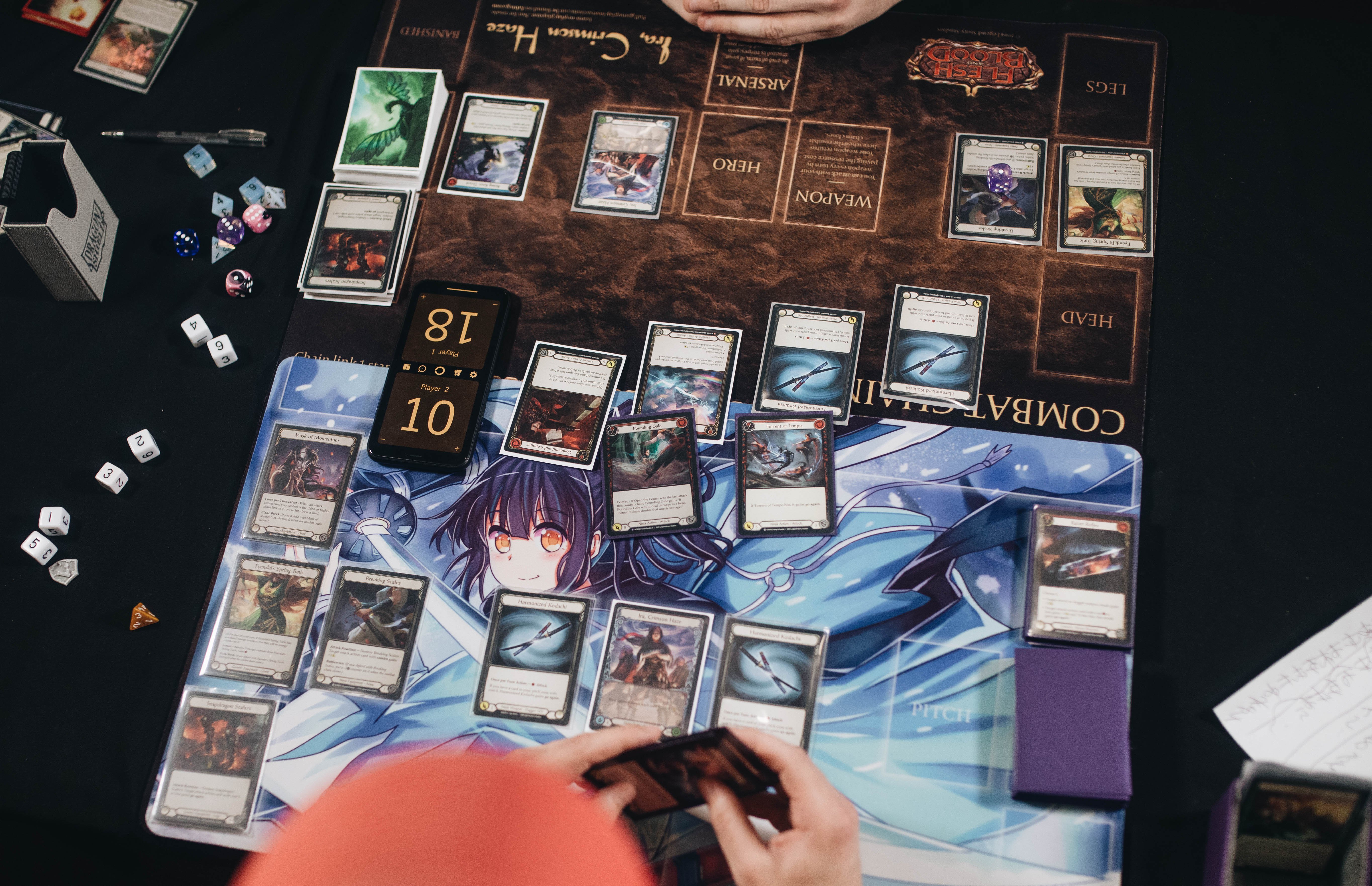 High level gameplay is happening under the hot lights of the feature match, all captured during our live stream of the event

Countless moments and memories were crafted throughout the Swiss rounds of the Calling. We strived to capture as many as we could throughout the live stream of the event which can be found on our Official YouTube Channel below!

The final standings for the end of the Swiss rounds can be found here: tcakl21-standings-round-12.pdf

The end of the Swiss rounds saw Matt Rogers come out on top again with another impressive run of 11 straight wins! Proving to be the end boss of New Zealand Flesh and Blood, no matter the format. 6 swift ninja's, all being Ira, Crimson Haze, is no surprise considering the density of players in the field piloting decks featuring the hero. The 2 remaining underdog slots are left to a wizard and a warrior, the next two most popular options.

With gameplay now moving to Double Elimination for the Top 8, even if a player makes a misstep, they will be comforted by the safety net of the losers bracket. Remember, that Blitz games are much faster than Classic Constructed. We wouldn't want any player going home too quickly after battling their way to the top all day! 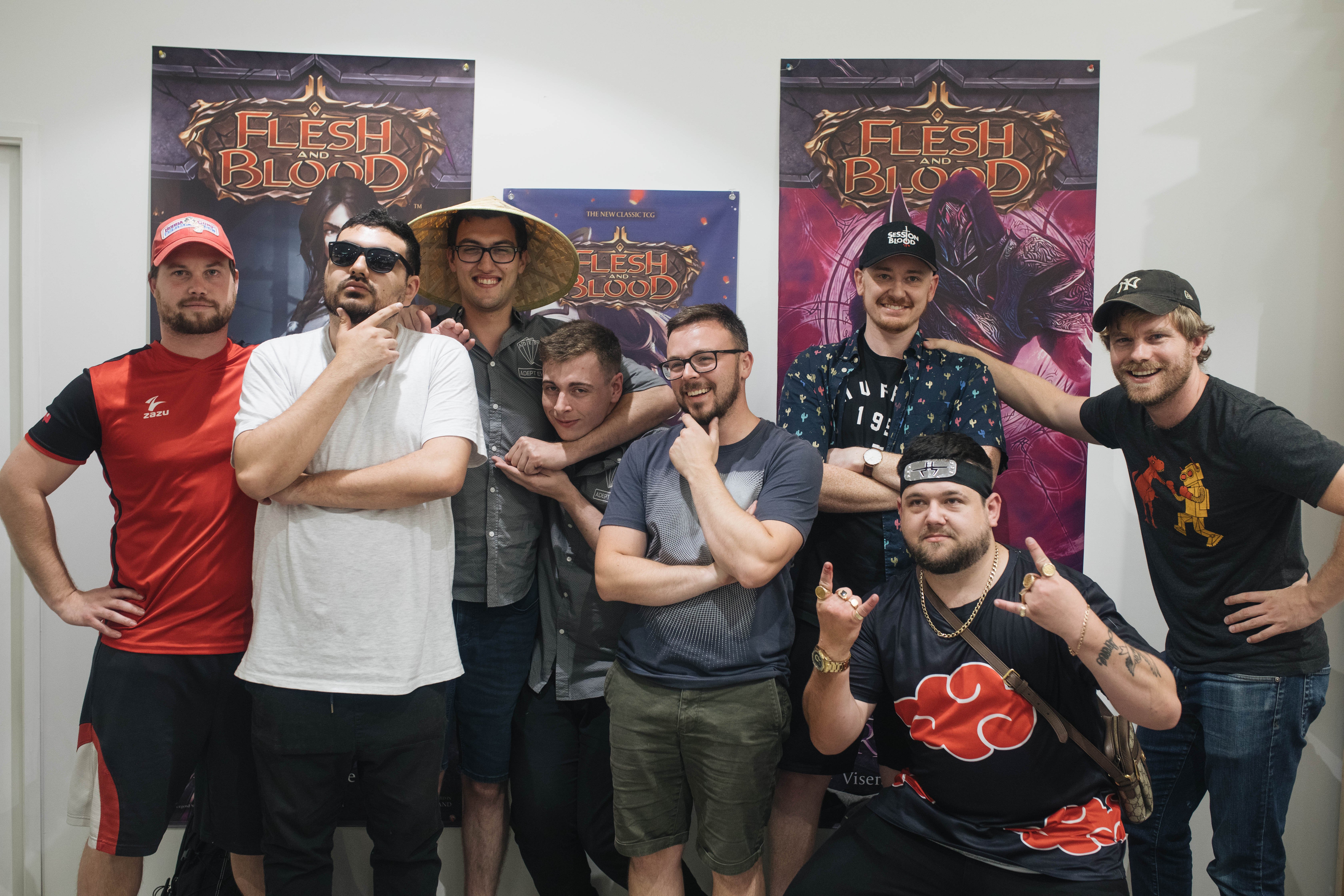 Top 8 gameplay coverage and commentary are available on our Official YouTube during the multiple live stream vod. 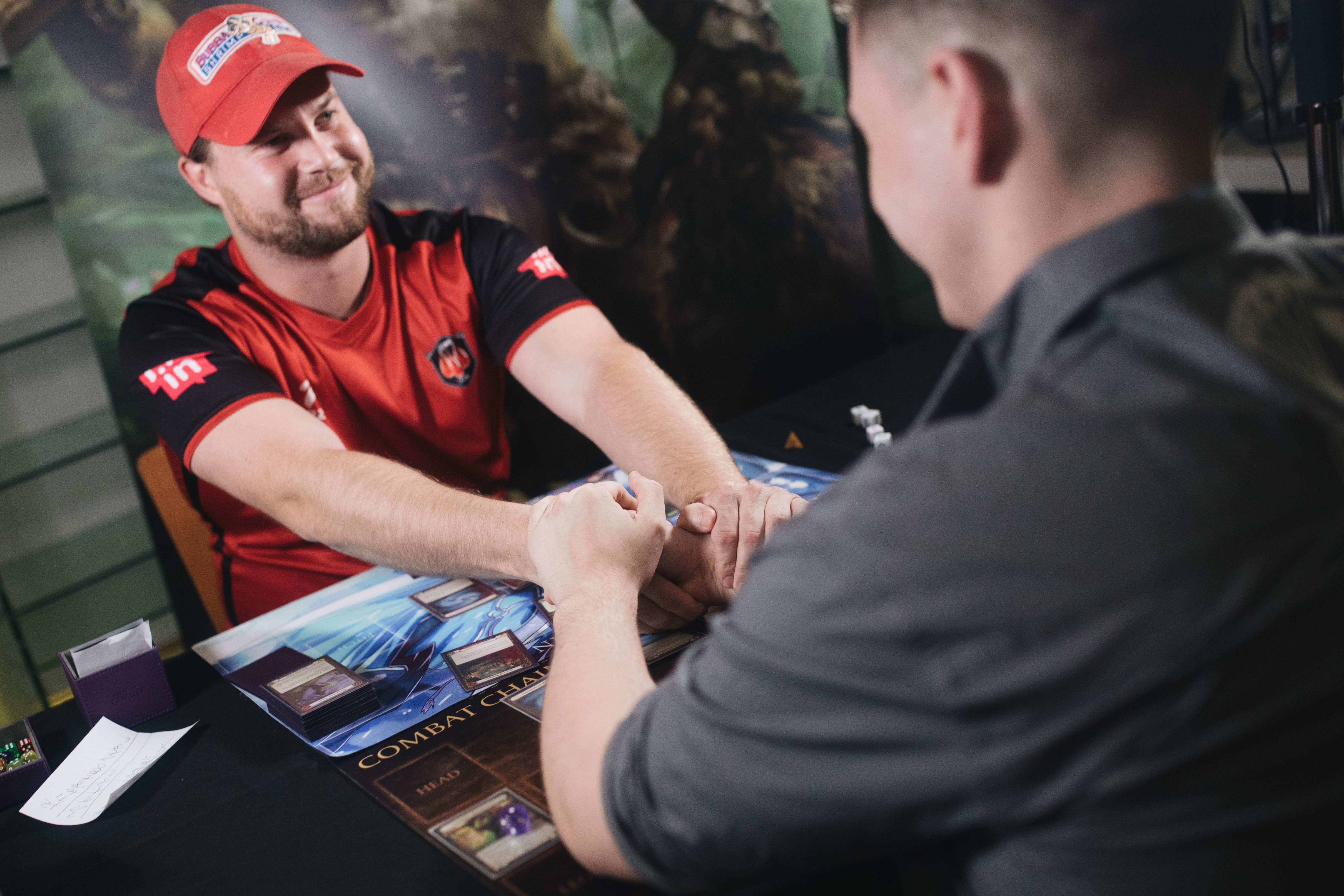 When all is said and done, only one player can be left standing to hoist the trophy in a moment of glorious victory. Thanks to his cool-headedness and honed acrobatic skills as Ira, Crimson Haze, Jacob Pearson is the champion of the Calling Auckland 2021!!! 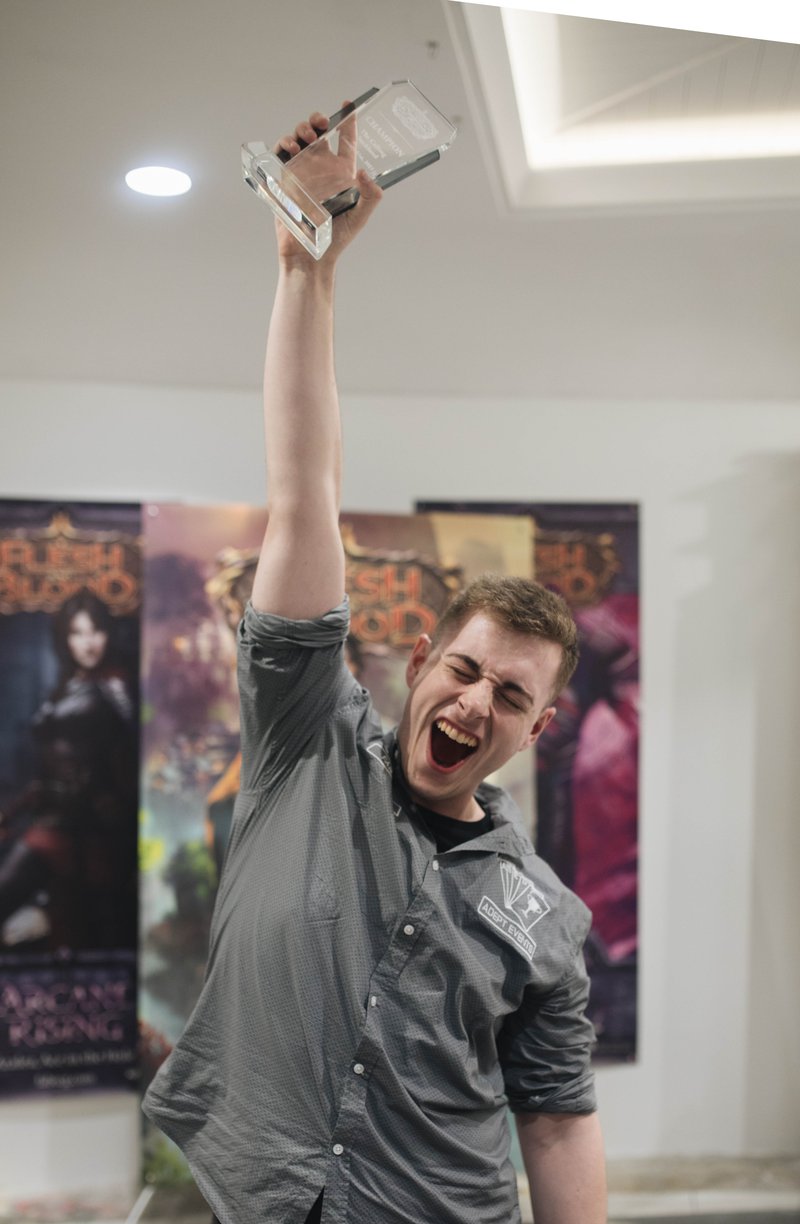