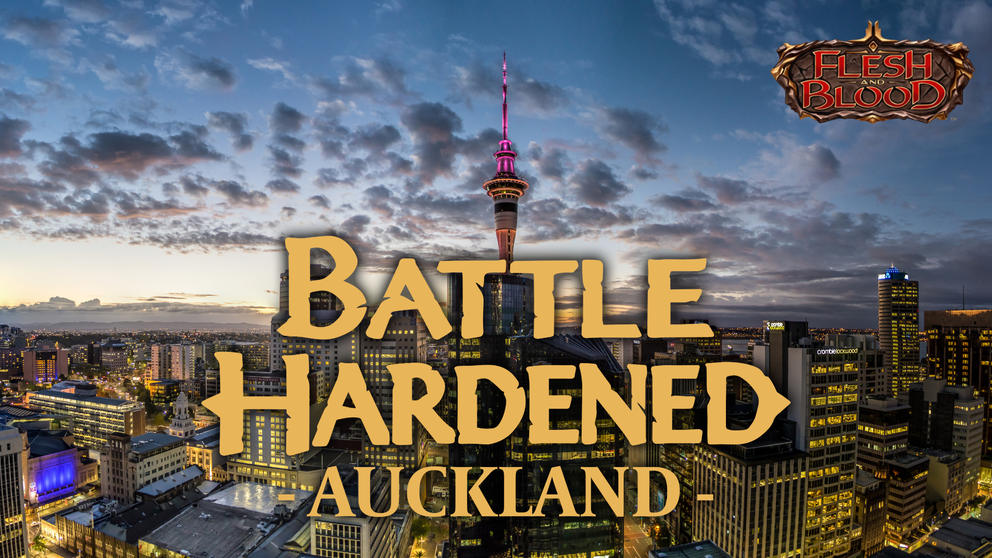 The Battle Hardened series returns to New Zealand in July! Hosted by CardMerchant (with support from ADEPT Events), as part of the Cancer Society Games Fair at the iconic 'The Cloud' venue, players will have the chance to put their Classic Constructed skills to the test to compete for coveted PTIs, cash prizes, and more.

The Battle Hardened main event is capped at 128 players and is very likely to sell out fast. To avoid disappointment, secure your ticket to the event at the link below today!

Please note that the Cancer Society Games Fair has a donation / door charge of $30 for 1 day or $50 for 2 days (with all proceeds going to the Cancer Society NZ). This is a SEPERATE charge to the entry fee for the Battle Hardened and Skirmish events.

Legend Story Studios (LSS) and CardMerchant, with support from ADEPT Events, are proud to announce that Battle Hardened: Auckland will showcase the Uprising Classic Constructed format. This event will provide players with an excellent opportunity to refine and adapt their decks in preparation for the National Championship later in the year.

We know how much players love playing Flesh and Blood, so for those looking for a full weekend of FAB (or a more relaxed atmosphere) then don't worry, LSS and CardMerchant have got you covered! A full slate of events are scheduled for the weekend, starting with a Super Armory at CardMerchant on Friday night, and ending with one of the first-in-world Skirmish events on Sunday.

With the event being part of the Cancer Society Games Fair, players will have the opportunity to play for incredible prizes while simultaneously supporting a very worthy cause. Following up on the success of the 2021 Card Merchant event for the Cancer Society Drive, with amazing support from players, LSS and CardMerchant are proud to be bringing you another opportunity to support a great cause. 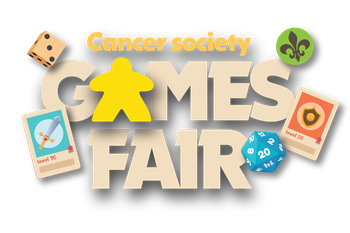 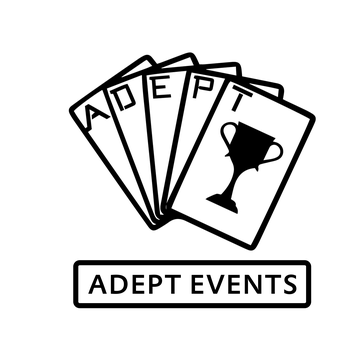 The weekend begins with a Super Armory event. Normally, an Armory Kit is given to stores to support a full month of in-store events, but at a Super Armory, the full contents of a kit are used for one single event, meaning that all Top 8 players get prizes, instead of just the winner! The prizes for this event include Cold Foil Promos, and official Flesh and Blood playmats. 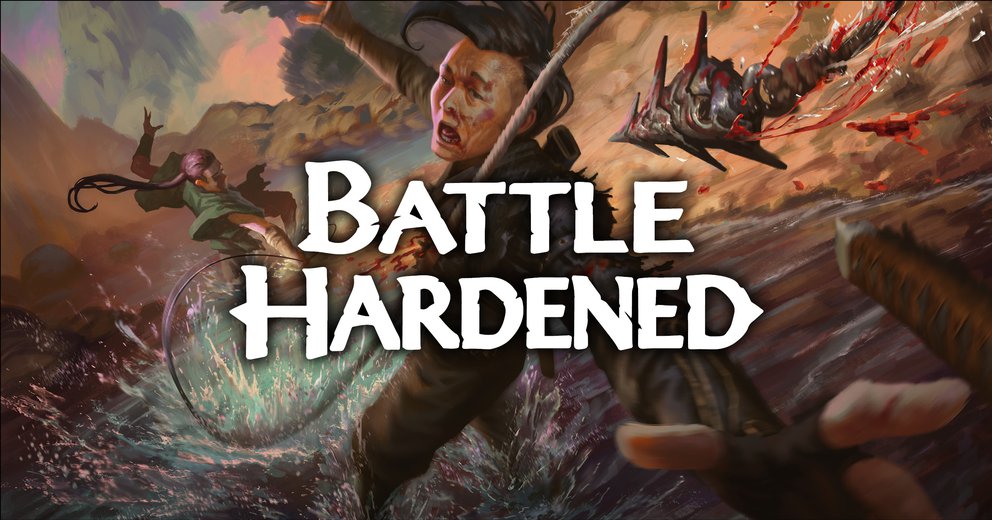 The path to the biggest stage in Flesh and Blood TCG Organized Play begins with a Professional Tournament Invitation, and one of the best places to secure these prized assets is Battle Hardened. Players will have the opportunity to battle it out for their share of USD2,000 in cash prizes, exclusive Battle Hardened series playmats to the Top 8, a Golden Cold Foil Legendary to the Champion, and coveted Professional Tournament Invites (PTIs) to both the winner and runner-up. You read that correctly, there's not one but two PTIs on offer at Battle Hardened!

PTIs can be used to enter any Professional level tournament (including Pro Tours and the World Championship) and do not expire, whereas invitations from the in-store ProQuest series are only valid for their associated Pro Tour event.

For players located in the New Zealand (and beyond), this is your chance to secure your PTI in advance of Pro Tour: Lille in August, or for the first EVER World Championship later this year. With the event scheduled to be one of the first high-level competitive Classic Constructed events after the RTN season, this will provide a great opportunity for players to test out new strategies in the lead-up to the National Championship season.

Decklists are required and will be collected before Round 1 begins.

This event is open-entry (anyone is welcome to play!)

In the Top 8, the player that finished higher in the Standings during the Swiss rounds chooses either to play first or second

CardMerchant will be hosting one of the world's first Skirmish Season 5 events on Sunday! Players can expect a Blitz Constructed event in a more casual setting with some cool prizes on offer, such as Cold Foils, playmats, and more! While we can't reveal the event promos just yet, watch this space as all will be revealed as soon as possible.