Animation by Christoffel. Illus. by Wisnu Tan.
About Learn

The Everfest Carnival, what a sight to behold! Slowly making its way through the idyllic landscape, the Carnival brings joy and cheer to the most remote of locations, and draws forth massive crowds that fawn and gawk at the spectacles that lie within.

Every day is full of exciting adventures, and every night… well, there’s always an afterparty to attend! Here in the most popular of taverns, Might n’ Mead, it’s difficult for patrons to not get too worked up after all the crazy excitements of the day. Throw in some crazy concoctions dreamt up by the mischievous Braumeisters, and we have on our hands a mighty big problem.

But even the most rowdy of patrons fall silent, the most daring of adventurers cower, when they catch a glimpse of the mighty Valda heading their way.

‘Twas said that she showed up at the doors of the tavern one hot afternoon, another lost and wayward child that had stumbled upon Korshem (as so many do) through some strange turn of events. She had naught but the clothes on her back, and a small tag upon her personnage inscribed with indiscernible characters and a symbol that vaguely resembled an axe. With nowhere to go, she was taken in by the aging Innkeeper, and raised as his own. He tried to teach her the way of the Braumeisters, but she wasn’t much interested. She’s too impatient, her temper too fiery to bother with all the delicate processes that lead to the richest of flavours.

But what she was good at, was brawlin’... and here in Might n’ Mead there sure ain’t any lack of that!

There’s been stirrings in the Flow, and recently, nervous chatters of ancient enemies and the ancients’ return have cast a somber wrinkle over the lively taverns of the Everfest. But that no matter to Valda Brightaxe; just don’t mess around in the tavern, or she’ll treat you to a proper smackdown, on the house! 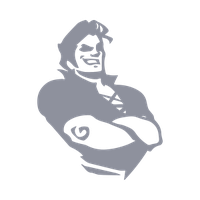 "So you're the hot shit are ya? Running ya mouth and thinking ya got a fist full of fire..." Cocky patrons with bad manners set Valda off, and inevitably end up with the ale house shaking in her seismic wake! 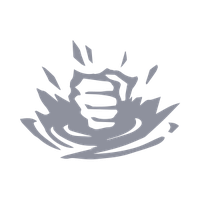 Patrons of Aria's alehouses who disrespect the ladies are left with a hangover of seismic proportions when Valda's around. 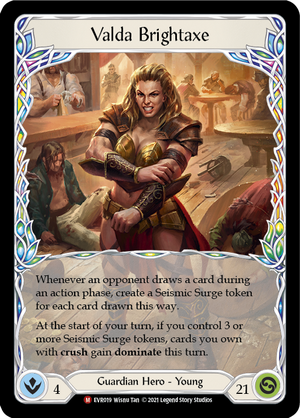 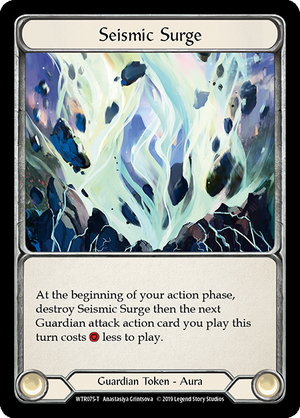 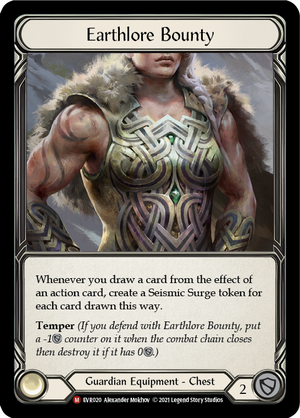 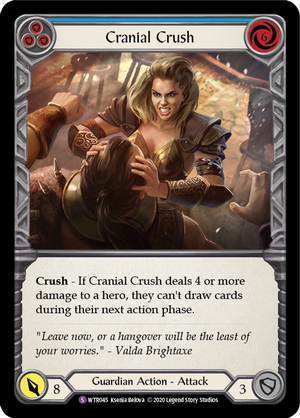 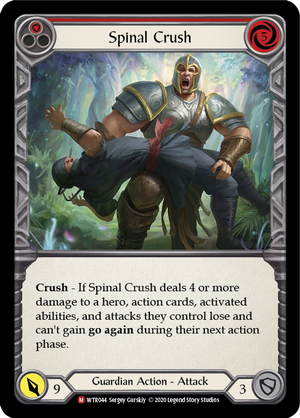 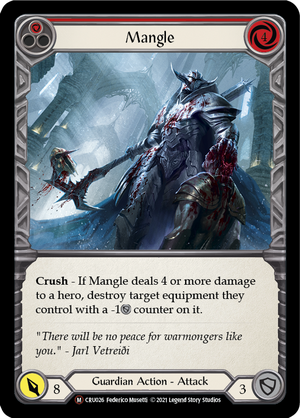 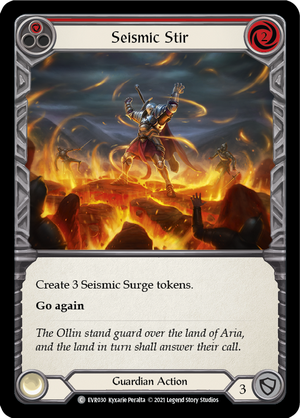 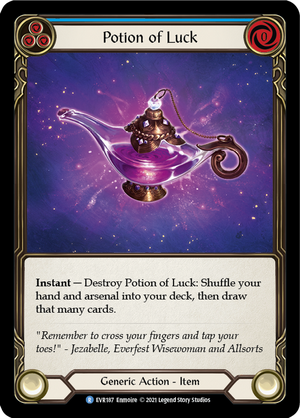 Watch your mouth when Valda's in the ale house, else you might wake up hurting more than just a hangover!

Valda's never shy to put her foot down, and when she does, you'll feel the rumble!

The original card from Welcome to Rathe that introduced Valda. It seems she has always had a thing about other heroes drawing extra cards. Play fair people!

Completely crush the plans of opponents who want to do multiple actions during their turn. Spinal Crush is especially potent if Valda's ability gives it dominate, not only neutering their turn, but often leaving them with cards stranded in their hand.

Drunken slurs within earshot of Valda tend to lead to faces and more getting Mangled.

Seismic Stir not only powers out Valda's big attacks, it turns on her dominate ability leaving those on the receiving end cowering in the corner.

Those who try their luck with Valda usually don't end up with what they were hoping for, but rub this little luck charm the right way along with Earthlore Bounty, and make all your wishes come true.