Illustration by Alexander Mokhov.
About Learn

Across the scorched wastes of Volcor, generals clash in their quest for power. While the generals are trapped in endless warfare, not every fight is won on the battlefield; sometimes, the greatest threats come from within.

Kassai was once the daughter of a powerful general, well-versed in the language of war. As the eldest child, she was the heir to her father’s legacy, her childhood lost to years of training, preparing for the day that she would take the reins… But that day never came. In a cruel twist of fate, Kassai lost everything in a single night, as her father was overthrown by his own lieutenant. While she escaped with her life, she was forced to leave her family behind.

As she wandered the deserts, searching for food and water, Kassai stumbled across the Cintari, a group of bloodthirsty brigands who sought the thrill of battle. Recognising her skill with the blade, they inducted Kassai into their ranks. With them, she could lie low and bide her time, gathering wealth and power as she waits for her chance to strike.

Between the dangerous lava beasts, wandering ronin, and rampant highwaymen, there are plenty of targets for a fight. However, in recent times, word has spread of unrest within the royal court; rumours of wizards struggling to control their abilities.

As the generals grow increasingly aggressive in their quest for power, Kassai senses an opportunity to raise an army, overthrow the traitor lieutenant, and free her family from his clutches. At long last, Kassai might finally have the opportunity to reclaim what is rightfully hers.

The Price of War

Word of war is welcome respite for a sellsword; for where there's war, there's work. The promise of copper to feed herself is enough for this nomadic warrior to put her life on the line, and her mind at ease. 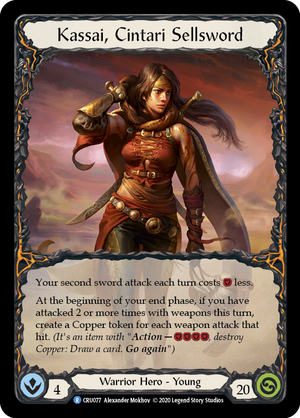 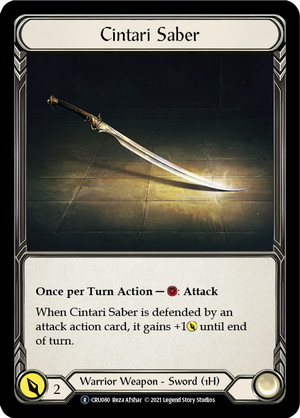 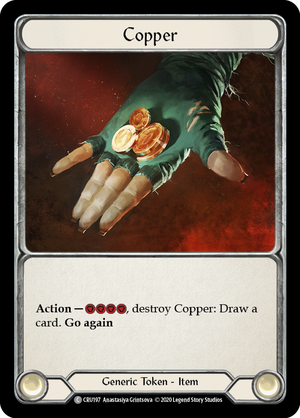 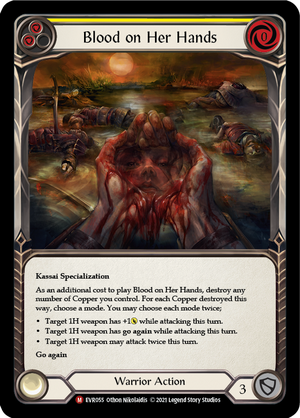 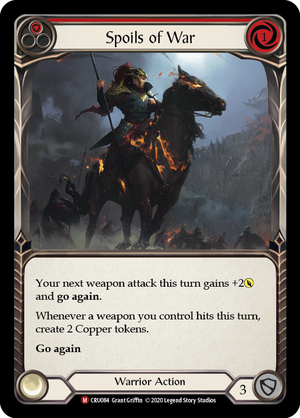 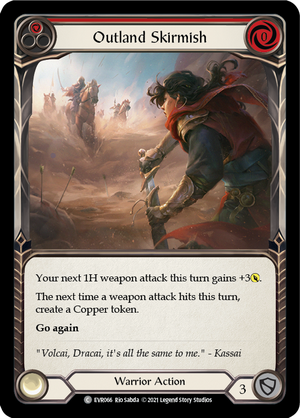 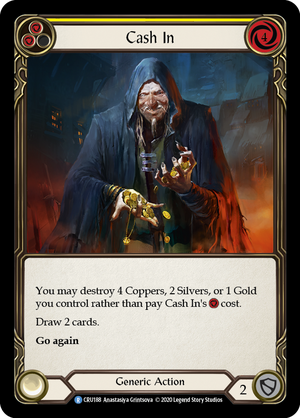 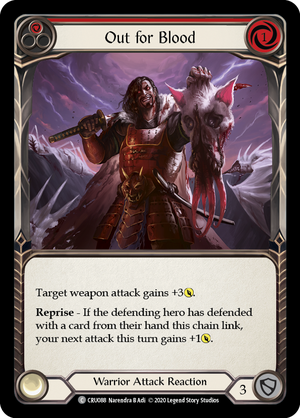 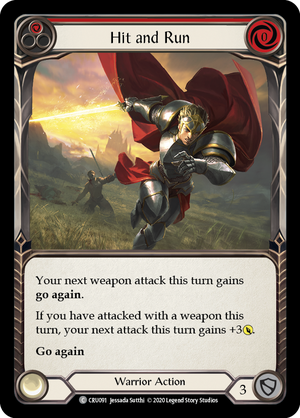 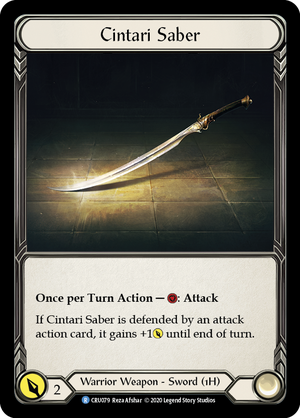 Aloof and impassive, Kassai retains the air of nobility instilled within her as a child, even as she revels in the bloody slaughter of the Cintari.

The saber is a cultural icon of the Cintari nomads who roam the ashen wastes of Volcor. These slender one-handed blades cut deepest when an enemy is bold enough (or stupid enough) to engage in hostile close combat. Look to pair Cintari Sabers with effects that can give them go again for maximum effect.

Ka'ching! It's payday. Don't underestimate the humble value of copper. When you have the momentum, and draw into a blue-heavy, threat-light hand, spending a copper can buy you just the threat you need.

Blood on Her Hands

Blood stains in ways that can never be washed away.

Another skirmish, another copper. Volcai, Dracai, they're all just a means to an end for Kassai.

Work hard, save your money, and one day you too will be welcomed by the fine establishment of Stabberback Crook, with promises of wealth, excitement, and power beyond your wildest dreams!

The path before a Warrior is ruthless. Take advantage of any opening that comes before you in combat to unleash bloodshedding blows!

With lighter weapons comes greater mobility. Wield your new blades with masterful skill, ease, and elegance. Your opponents won't be able to keep up.

The saber is a cultural icon of the Cintari nomads who roam the ashen wastes of Volcor. These slender one-handed blades cut deepest when an enemy is bold enough (or stupid enough) to engage in hostile close combat. Look to pair Cintari Sabers with effects that can give them go again for maximum effect.