Animation by Christoffel. Illus. by Sam Yang.
About Learn

The Volcai look to you in these darkest of days, as famine and unrest sweep across the land. With the heart of the phoenix, you must overcome adversity, and lead your people to rise up against this oppressive Dynasty. But heed thee, for the world out there is not as it seems. Treachery abound amongst both friends and foes, and many a sacrifice must be made on the path to victory.

A strategic strike cuts deep into the heart of the Imperials, as the young Fai … 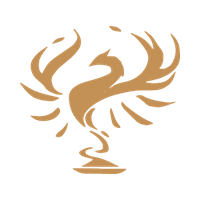 Molten cleansing events, instigated by the Imperials, routinely raze the settlements of the Volcai people. Yet, a phoenix will always rise from the ashes, to soar once more. Use Fai's hero ability along with his talent cards to raise a phoenix force and overwhelm the opposition with your combat chains that reach far and wide. 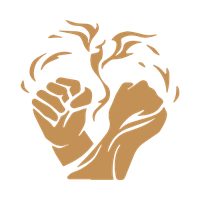 The Volcai may be regularly beaten and burned by the Imperial oppressor, but their bonds of brotherhood and sisterhood will never be broken. Many of Fai's Draconic attacks are at their strongest when paired with other Draconic attacks, a reflection that the Volcai's power comes from their devotion to their cause. 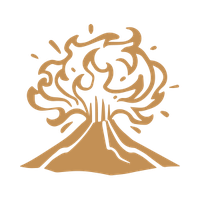 Like the explosive power of Mt Volcor itself, Fai compounds his pent up anger, unleashing his fury as a dramatic rupture point at chain link 4 or higher. 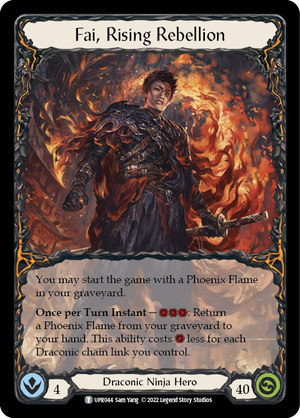 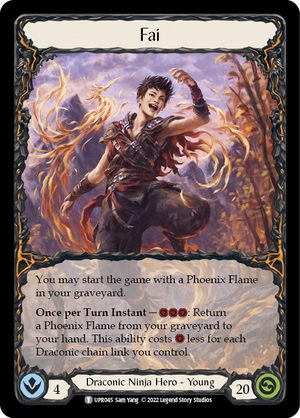 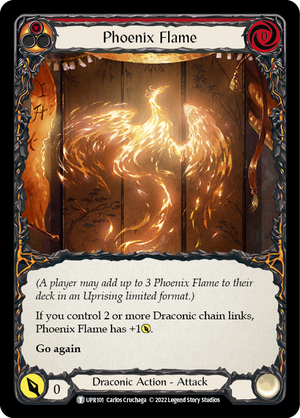 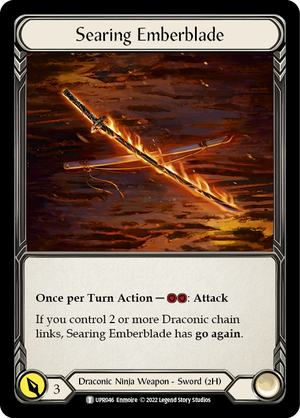 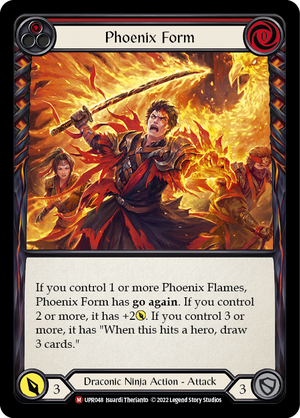 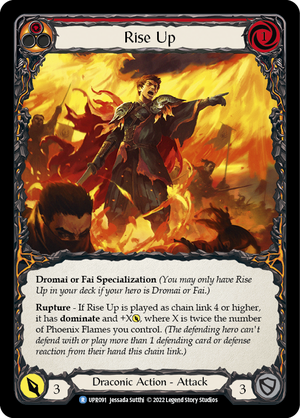 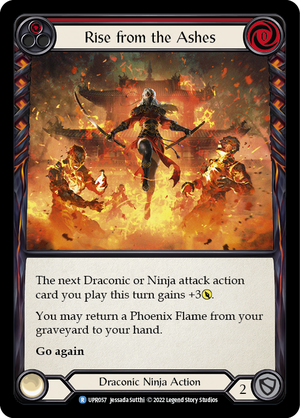 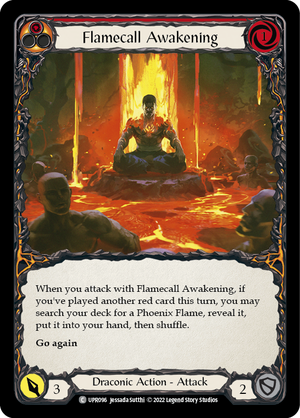 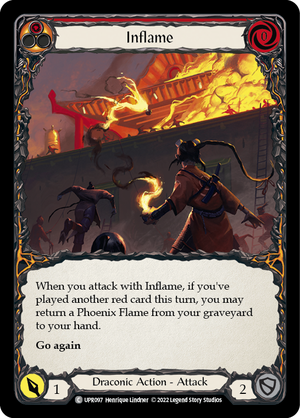 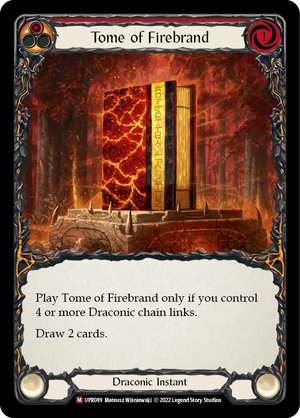 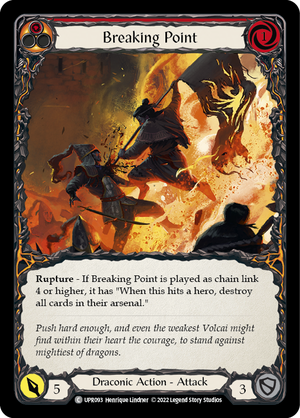 Fai is a hot-headed Ninja who spearheads the uprising against the draconian oppression of Imperial Volcor. Raise a phoenix force from the ashes and rise up to challenge the Dracai.

An innocent sibling rivalry, played out with games of chase through the Forest of Flames, are but a flicker of a distant memory. The divergent paths they have taken may be leading them towards a conflict where only one returns home.

The phoenix, the symbol of the Volcai. Often seeing their lives reduced to ash, but always ready to rise again.

A blade that speaks to loyalty, forged from the blood that flows through the lavaveins of the Volcai.

With the full force of the phoenix uprising at his back, Fai leads the Volcai into battle.

Rise from the Ashes

No matter how many times a phoenix is reduced to ash, it will rise again. And so be the Volcai.

Every inferno begins with a spark.

Once the streets of Imperial Volcor were rife with insurgency, the flames quickly grew across the land. Use Inflame to raise your forces towards rupture.

Scripts seared in parchment tell teachings of the great flamewave. Set the arena ablaze with Tome of Firebrand enabling combat chains to go wider than ever before!

Given enough pressure, even the most hardened spirit will break. Rally your phoenix forces and rain fury on the enemy.