Animated by Christoffel. Illus. by Federico Musetti.
About Learn

Upon the Imperial Throne of Volcor sits the greatest wizard that this volatile land has ever seen. Cities burn at his command. The earth trembles at the might of his armies. He is the man who united a nation once divided and embattled. He is the man who reforged the empire in the furnaces of war. His draconic will scorched the corruption and dissent from the hearts and minds of his people. He is the blood of the dragon in its purest incarnation. Even the most powerful Dracai bow their heads to his will, their own flames but candles to his raging inferno.

And little do they know, that in the smoldering heart of Mount Volcor, the Emperor discovered a secret. A truth buried beneath the trappings and triumphant tales of a venerable dynasty. As is his sovereign right, his divine duty, the Emperor has kept the secret. He has strived to understand it, to tether it to the grand purposes of sovereignty. Over the years, he has drawn from its great strength. But in doing so, he has sunk ever deeper into its embrace.

Now the Emperor has witnessed the rifts that are forming in his once glorious realm. He has felt the wounds that gape and bleed in the flesh of his kingdom. There are those who dare to question him, Dracai and Volcai alike. Those who raise arms against crown and country. Those who would dismember and destroy all he has built.

The Emperor stands between law and chaos. For the sake of his people, he must decide their fate.

The position of Emperor comes with equal parts responsibility and privilege. With the strike of a pen, the movement of a few gilded beads, or the reverberation of a single breath exhaled, you are able to exert and unleash power like no other.

The passage of power is lined not with decadence, but with dominance. The most feared offensive force known in Rathe is at your command.

More than exceptional is a requisite of any mortal with desires to rule the volatile land of Volcor. The Emperor is no mere mortal, being the only known hero who can proficiently wield dual classes. 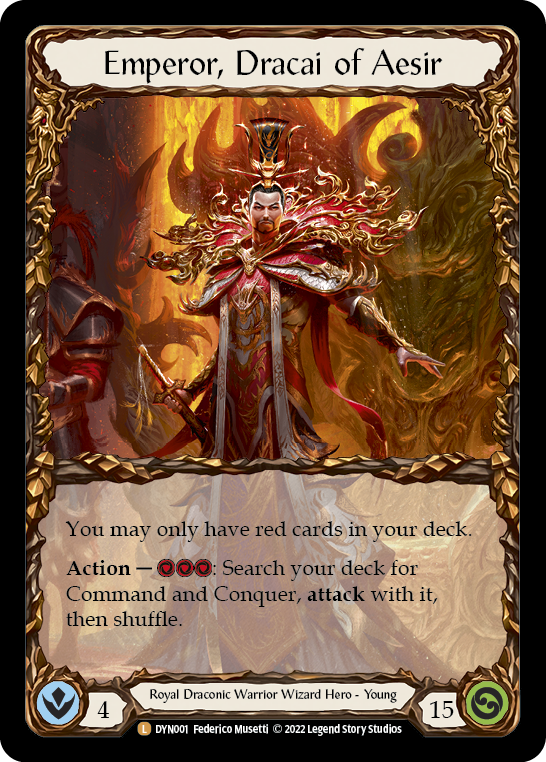 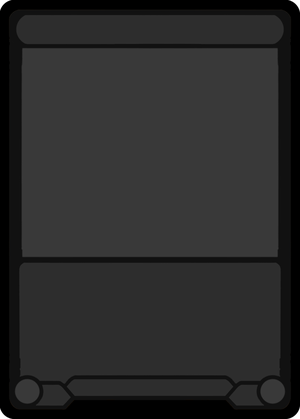 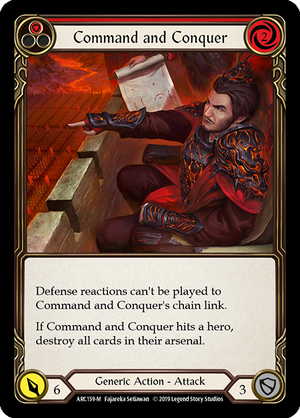 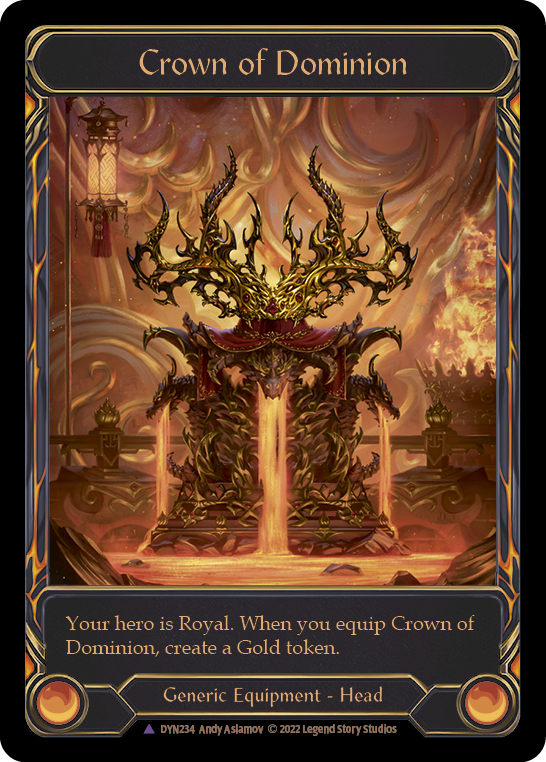 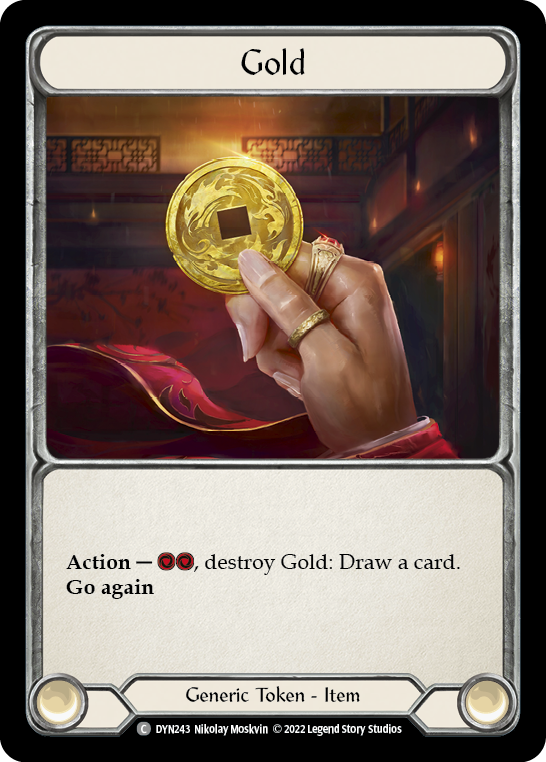 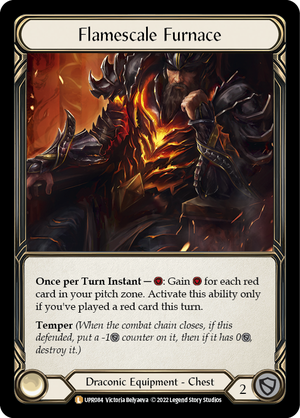 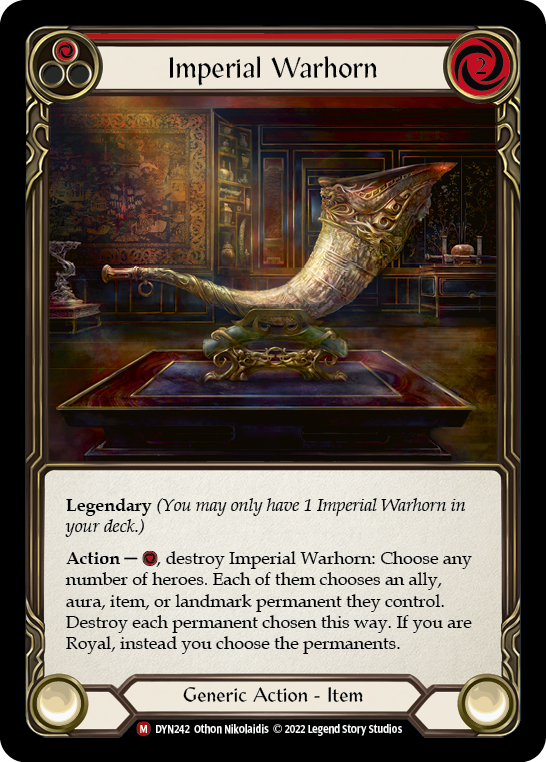 The Emperor stands between law and chaos. For the sake of his people, he must decide their fate. For He is the dynasty, and the dynasty shall prevail.

The most feared armies in Rathe stand ready, awaiting your command.

Heavy is the head that wears the crown. With the great weight of responsibility, comes a great weight in gold.

The Imperial coffers are ripe with the spoils of war, ready to cash in for power.

Flamescale Furnace burns hottest in the Emperors mono-red deck. Use it to power out your Command and Conquers at will.

The sound of war echoes loudest when it travels on the breath of the Emperor.