The past months have seen an explosion in the number of players joining the Flesh and Blood community. We’d like to thank the local game store staff, distributors, content creators, and passionate fans across the world who have made this happen.

A consequence of such rapid growth is Welcome to Rathe and Arcane Rising boosters have become sold out sooner than we expected. Both sets are now being reprinted as Unlimited Editions.

We are aiming for:

There is no "release date" for Unlimited Edition. Retailers can begin selling it as soon as they receive it.

Unlimited Edition will mark the official launch of Flesh and Blood in Canada and some European territories. More details on this in the coming weeks.

Flesh and Blood has been crafted with collectability as a core tenet. One of the ways we want to honor this, is differentiating between the first and subsequent printings of a product.

The first printing of Welcome to Rathe, which released October 11, 2019, is distinguished by an “Alpha Print” badge on the back of the display box.

The first printing of Arcane Rising, which released March 27, 2020, is distinguished by a “First Edition” badge on the back of the display box. The same is true for Crucible of War and other boosters going forward.

Unlimited Edition packaging has a red UNLIMITED flag on boosters and displays like this: 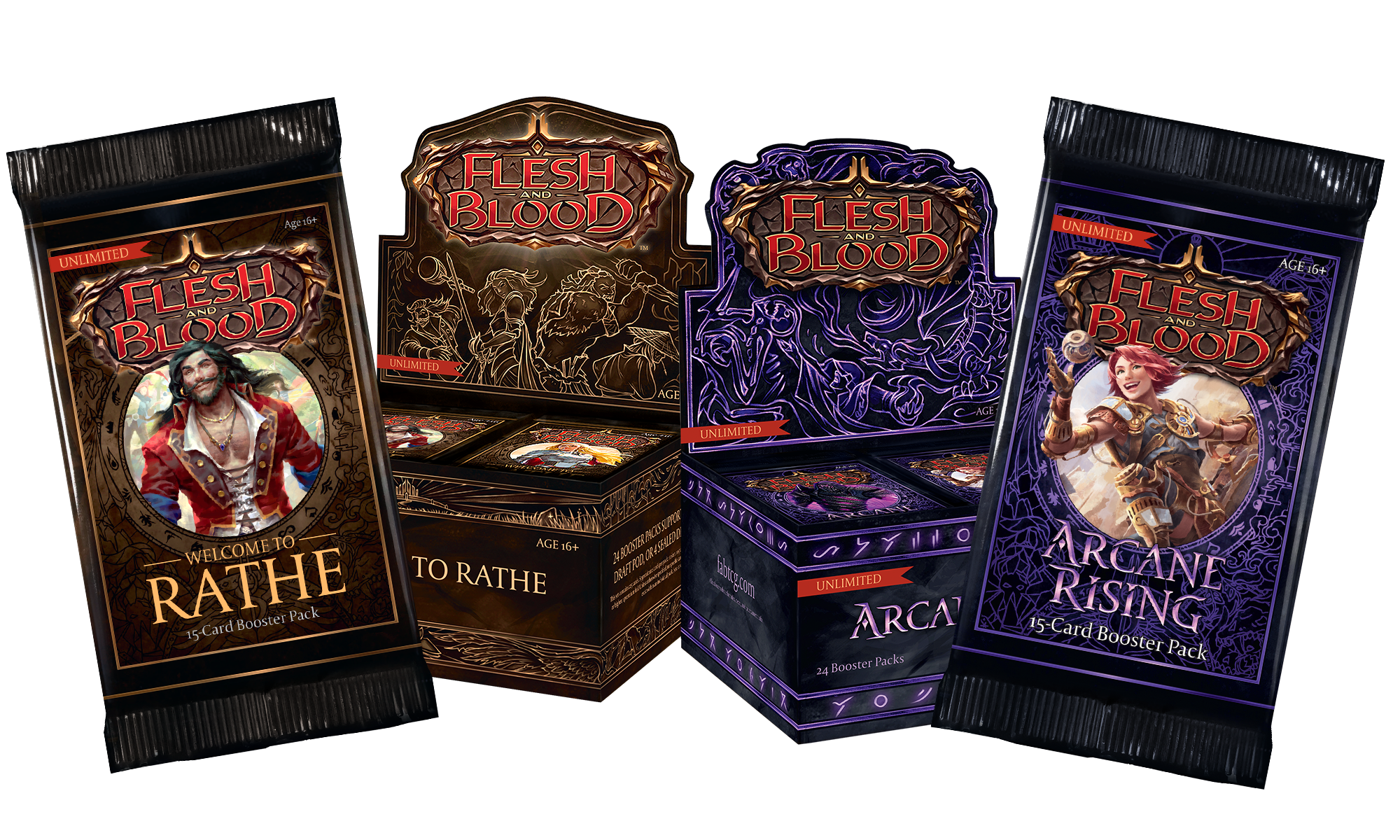 What is different about Unlimited Edition?

Unlimited Edition cards have improvements to colour, templating, and syntax since their original printing, such as "red" colour strips on WTR cards, rarity badges, and adding italic reminder text to some cards.

What Unlimited Edition doesn’t have is Cold Foils.

The presence of Cold Foils is the subtle but meaningful differentiation between the First Edition and Unlimited Edition print runs. Owning Cold Foil cards is intended to be a point of pride for the early adopters of Flesh and Blood, and something that collectors will chase many years into the future.

Cards that feature as Cold Foil in their original print, will instead be found as rainbow foils in Unlimited Edition boosters, and we assure you, these cards look beautiful as rainbow foils.