The first of our new and improved Battle Hardened events took place over the weekend in Philadelphia, at the first SCG Con of the year! 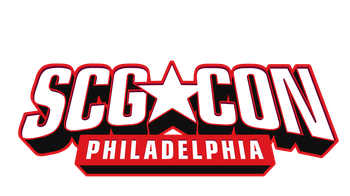 One hundred and twelve players turned out for the inaugural Battle Hardened event, joining a battlefield that included guardians, runeblades, illusionists, ninjas, and one solitary wizard. 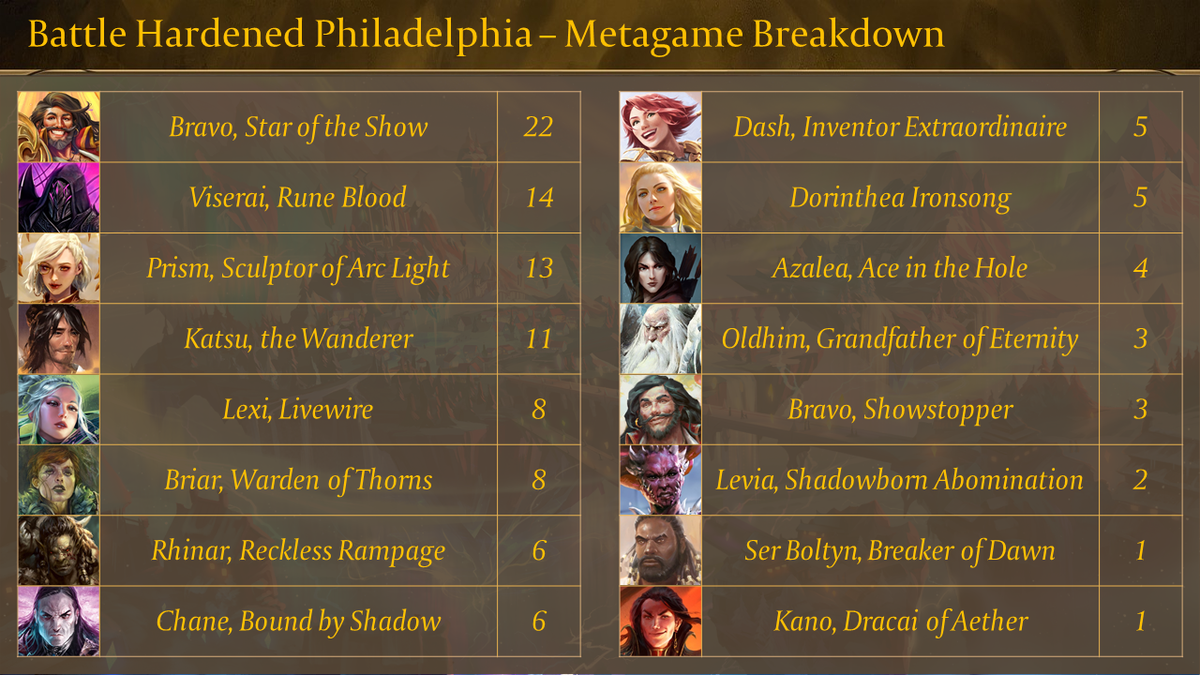 Over the last week, Bravo, Star of the Show, has been the talk of the town; between Matt W's 8-0 performance at Out of the Box Gaming's event, and Tariq Patel's article at ChannelFireball, there's been plenty to discuss, with everyone wanting to take to the stage with the new Elemental Guardian. Compared to the meta at the New Zealand and Australia National Championships in January, Oldhim has gone from a top contender to a more quiet presence on the field, yielding center stage to the star of the show.

In the overall meta, Chane and Briar conceded ground to Viserai, with FAB's first runeblade claiming 13% of the meta, and Prism falling not far behind. However, by the Top 8 cut, the illusionists on the field had disappeared, like a phantasm attack, interrupted. 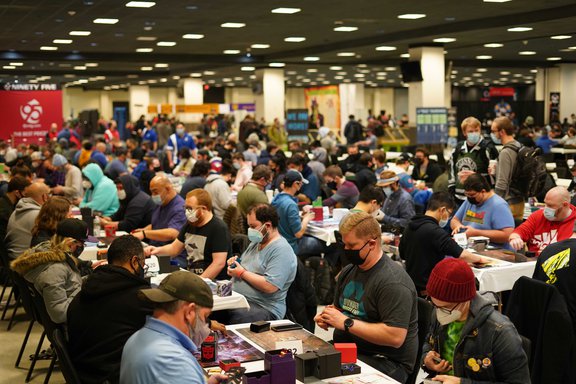 One lone Briar player made his way to the top 8 as Timothy Wells shot into the quarterfinals of his first competitive-level FAB event. Since his first event in July 2021, he's been in the Top 8 of a Road to Nationals event but otherwise continued to build his skills at local Armory events and pre-releases- an approach that has paid off.

Nicholas has been participating in Armory events weekly since his first event in October, making his appearance in the Top 8 an impressive feat for his first competitive FAB event. Likewise, both Ryan and Tyler have continued to develop their skills in the same timeframe with weekly Blitz events, preparing for their debut onto the competitive scene.

Pat's second Flesh and Blood event was the Calling: Cincinnati, where he immediately made the Top 32 cut, joining Skirmish and Armory events in the months since. Charles Dunn was also present at the Calling: Cincinnati, choosing to enter the competitive scene with his first event, testing out a mixture of Armory, Skirmish, and Farewell events before this Battle Hardened tournament. 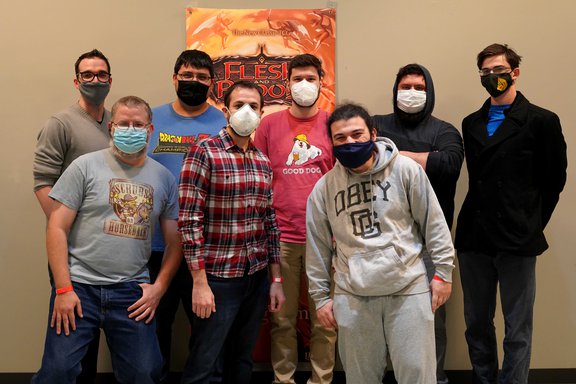 The semi-finals saw Chane player Daniel Rutkowski facing off against Ryan Newberry's guardian deck, with the runeblade dispatching the star of Everfest to take his place in the finals. Meanwhile, a Bravo mirror match saw Charles Dunn and Pat Eshghy go head-to-head, fighting for center stage.

That left Daniel and Charles in the final, with both securing themselves a PTI; rising star Charles successfully fought for the title of first place, dispatching the runeblade and claiming a first-place finish for Bravo, Star of the Show. 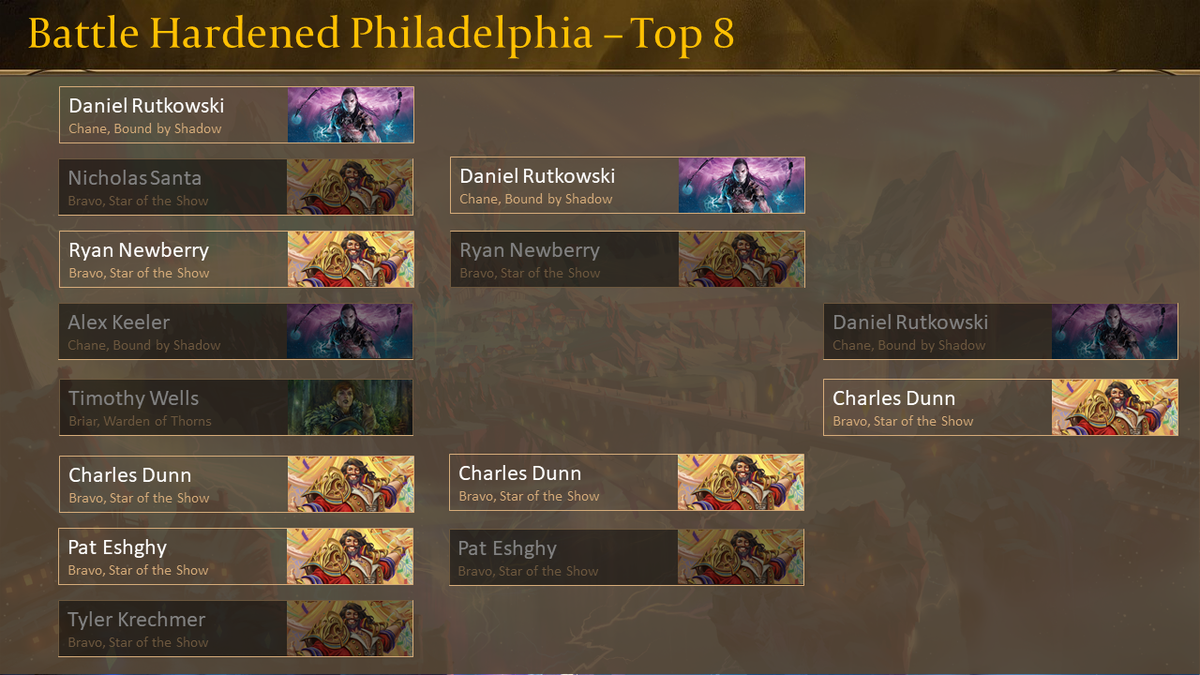 The battlefield of Round 6

Looking forward to future events? Want to know what's coming up next? Check out the links on our organised play page to find out more about The Calling: Indianapolis, the upcoming ProQuest season, the Pro Tour: New Jersey, and more...