The last weekend was a massive milestone for Flesh and Blood, seeing not only twenty-eight Skirmish events, but most notably, The Calling Auckland. We livestreamed The Calling for the very first time, and you can check out the stream via our YouTube channel!

The first day of The Calling Auckland opened with 244 players, travelling from all over New Zealand and even Australia to test their skills against their fellow heroes. The swiss rounds opened the first day, and players quickly took a shine to the Light, favouring Prism and Boltyn in their fight to defeat the Shadow. It's not a surprise that Prism was the most popular hero in the sealed deck portion of the tournament. She is by far the easiest of the heroes to build and play versus the challenge and risk of Blood Debt and Soul Shackle on the Shadow side, which require a lot more skill to build and play successfully. 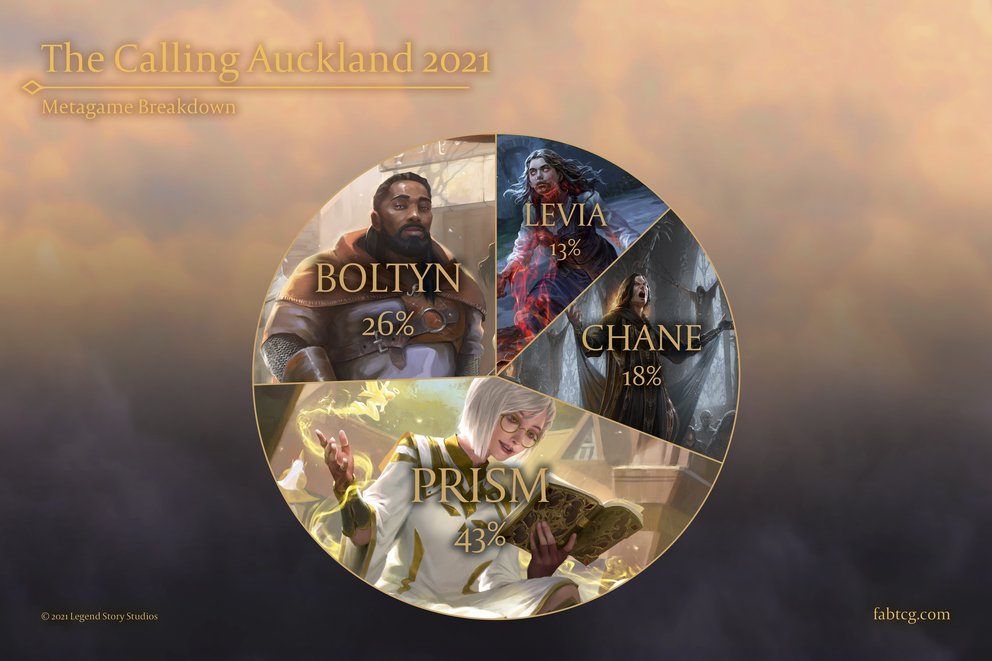 When the dust settled, the top 32 players remained, securing a spot for themselves in the two drafts. Matt Rogers, Kiki Labad, Kieran Carnegie and Brett Rogers topped the standings at 6-0. A number of well know names broke through on 5-1 including former The Calling Finalist Aaron Curtis, and Cayle Mccreath, the first player in the world to reach 1000 XP.

The first draft pod took place late on the Saturday afternoon. The draft was an almost even split for Monarch heroes, representing Light and Shadow equally. Some had better luck than others though, with one player pulling both Eclipse and the Great Library of Solana in Draft #1!

At the top tables, Kieran Carnegie took down both Matt Rogers and Kiki Labad to lead the field undefeated at 9-0 at the end of the first day. Henry Moore went 3-0 in pod 2 to grind his way up to 8-1, sitting alongside Sam Payne and Matt Rogers at the top of the standings. A further nine players sat at 7-2 with a solid chance of making it through to the Top 8. 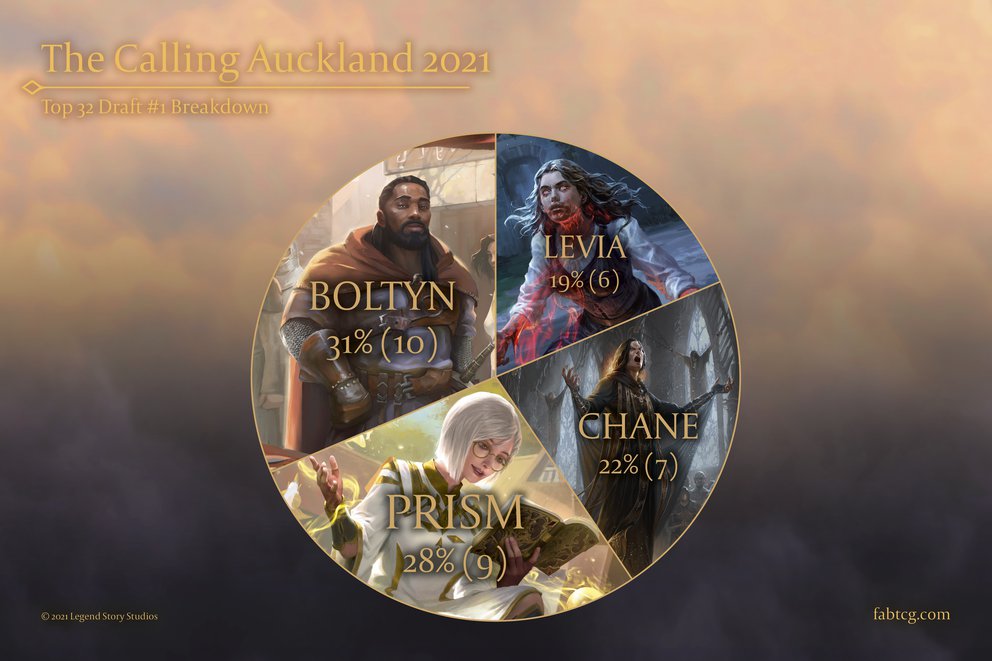 Sunday morning saw the remaining players back in action for the second and final draft of the qualifiers. Kieran Carnegie pushed all the way through to 11-0, beating Henry Moore and Sam Payne, before finally going down to Kiki Labad in Round 12. Still he topped the standings at 11-1 at the end of the swiss.

Kiki's win over Kieran put them at 3-0 in Pod 1, and pulled them through to 10-2 in the overall standings. Matt Rogers and Sam Payne both went 2-1 in the same pod to also pull through to 10-2. Down in Pod 2, Aaron Curtis went 3-0, and was the final player to climb to a clean break at 10-2. Coming down to the tiebreakers, Henry Moore's 1-2 effort in Pod 1, alongside Roy Lai and Adam Little's 2-1 efforts in Pod 2. And so we had our final eight players. 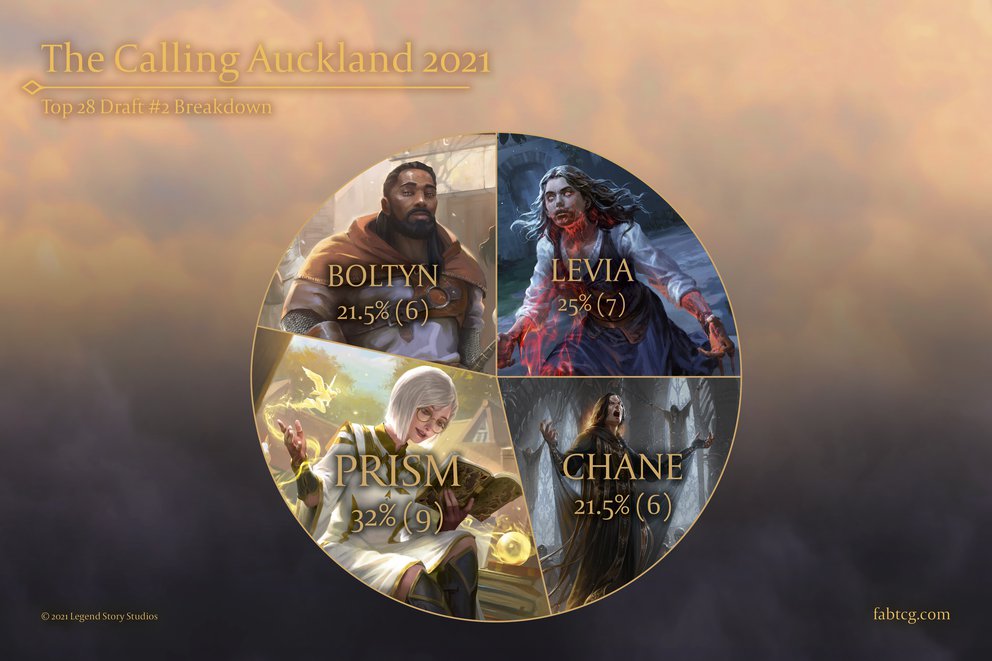 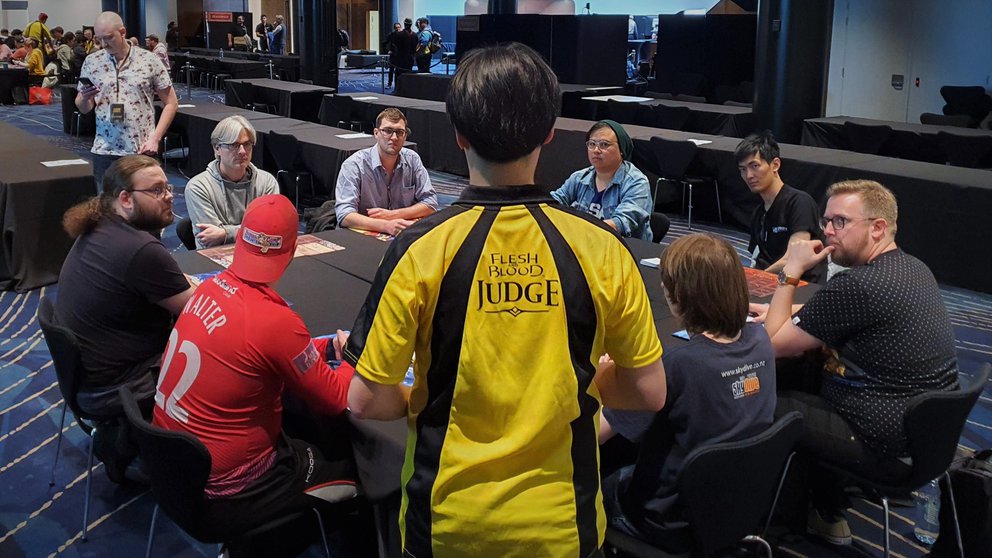 While the draft pods for the qualifiers had seen a fairly even balance of heroes drafted, things went horribly wrong for a lot of players in the Top 8. Four players ended up drafting Prism, and a further two ended up in Boltyn. This set up a huge fight over the class specific and light cards, with the result being a number of players running underpowered generics and even some Cracked Baubles showing up in the decks. On the Shadow side of the table, Matt Rogers had Chane all to himself, while Kiki Labad ran with Levia.

Curtis put up a huge fight with his Prism deck in his quarterfinal against Labad. In a dramatic final play, Labad went to one life, then attacked into Curtis Spectral Shield defence; in response Curtis dropped Merciful Retribution trying to push through the single point of arcane damage that would win him the game, but Labad kept their cool and dropped Ebon Fold in front of it to take out the match. In the semi-finals Matt Rogers scored a rollover win against Sam Payne's Prism deck, while Kiki Labad took down Kieran Carnegie on the other side of the bracket.

The final battle came down to Rogers with his Chane deck against Labad with Levia. Labad had a tough first turn, taking three damage three damage after drawing three cards that couldn't defend. After series of early attacks were exchanged between the two heroes, a crucial turn played out when Rogers played Seeds of Agony, into Piercing Shadow Vise. Labad chose not to crack their Ebon Fold and prevent arcane damage, but this set up a double Rip Through Reality into Galaxxi Black. This play swung the momentum of the game Rogers way, and when Labad dropped to one life to set up a big attack which Rogers survived, they didn't have enough defence left to stop the arcane damage that Rogers sent back the other way. And so, after having taken out every title in Flesh and Blood other than The Calling Champion, Matt Rogers was able to finally celebrate taking out one of the games top laurels. 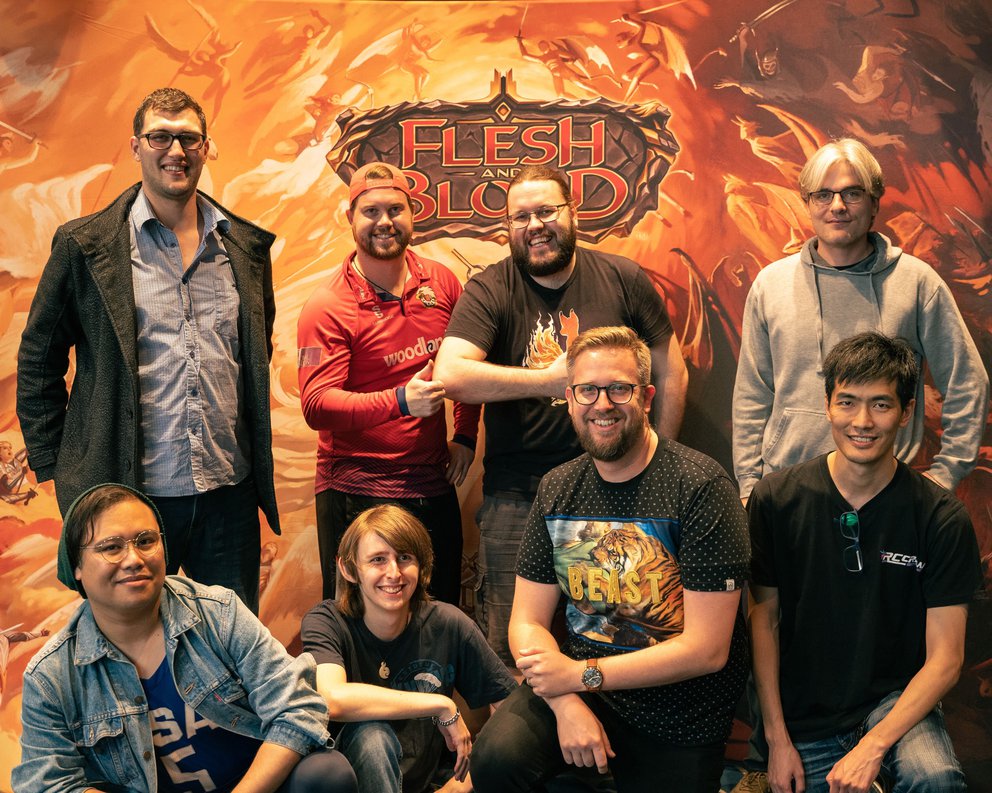 The Top 8 of The Calling Auckland

All of our top eight players walked away with a Gold Cold Foil Legendary in addition to their prize money, a Professional Tournament Invite (PTI) and exclusive The Calling playmat.

Kiki Labad with their Carrion Husk

In the other half of the event, the ProQuest provided an opportunity for players to try their hand at Classic Constructed. Anyone who didn't make the Top 32 (as well as a few who did) got an opportunity to test their skills, and the chance to win some First Edition Monarch product. The Champion of the Pro Quest also got a PTI, and all Top 8 Players won a Cold Foil Adult Hero. 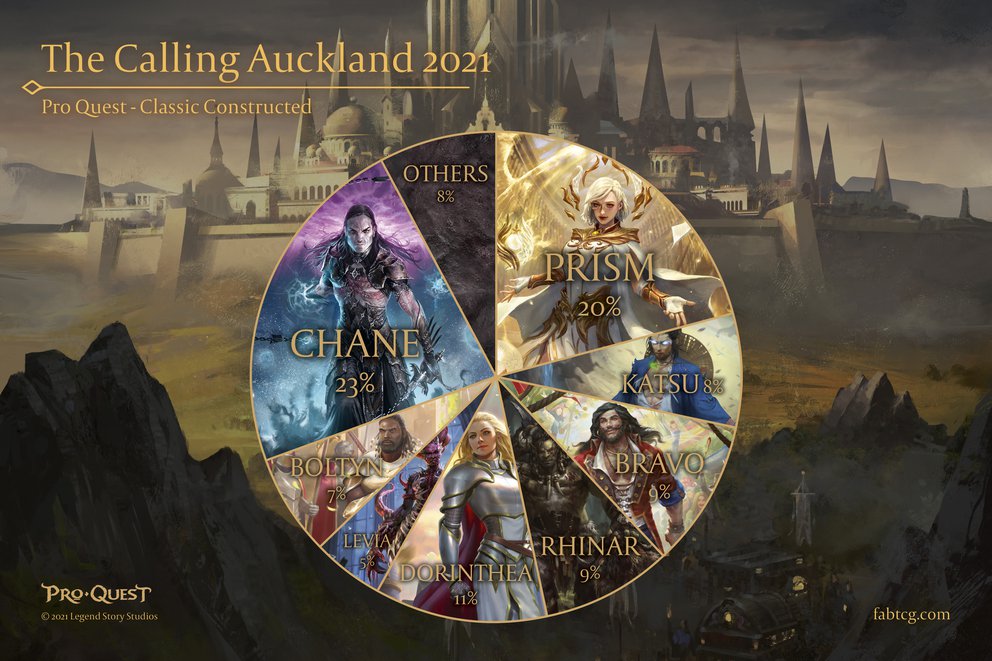 Across the seven rounds of Classic Constructed, players had to go 6-1 to lock in their spot in the Top 8, with one player sneaking in on 5-2. Chane was the standout star of the ProQuest, making up for just over half of the Top 8 players. Alongside him were Prism, Katsu, and the eternal Dorinthea.

However, once again, it was the underdog who took the win of the day. The sole Katsu in a field of Chanes fought his way to the top, piloted by Wynton Bedford. He beat Chane player Dan McKay in the final game of the day, an impressive feat for his second ever Classic Constructed tournament!

If you're interested in seeing the deck lists, we have the Top 8 available here; 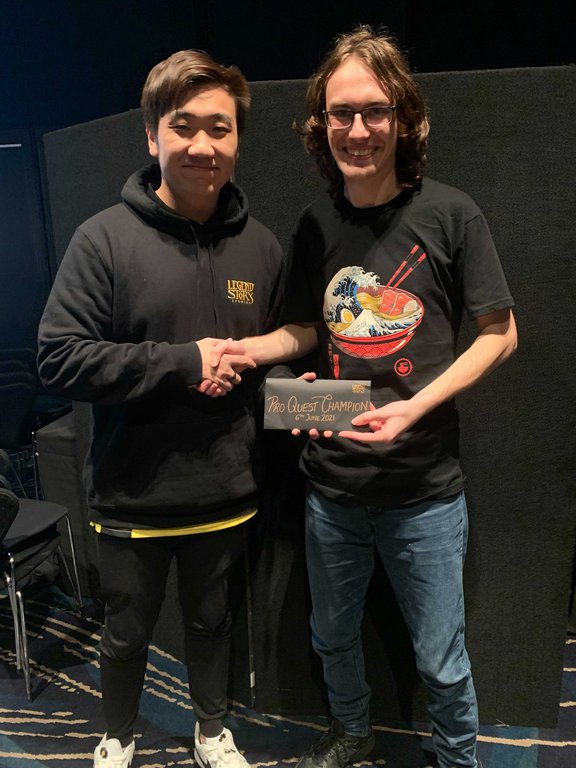 The RC Crew from Sydney

Meanwhile, there were Skirmish events taking off worldwide, with far more to come. The United States saw a wide range of events take place across the country, while Canada, Norway, Germany and Sweden all welcomed their first events of the new season.

Mana Merchant's 44 player event had winner Lee Curtis taking home the Command and Conquer playmat as the overall tournament winner, with Alexander Heger as the other lucky winner of the day.

With almost 120 players in their Skirmish event, Bricks Play saw winner Kelvin Law take the win of the day as the only Kano of the top 8!