Interview: Jacob Burns on Competitive Play in the U.S.

The United States is by far the largest region to date to have a player break the 1000xp mark, and Jacob Burns has fought harder than most to secure his title. A full-time student with a full-time job, Jacob managed to fit the Skirmish season around his already packed schedule, working out which events lined up so that he could compete in the highest number possible.

“I’ve dropped all my other hobbies and gaming for Flesh and Blood… I’m just naturally competitive. You know, trying to hit any leaderboard, I always try to get as high as I can; it’s always great to show my friends. With Flesh and Blood… I think it was until last month, I was number one in America for the whole year, and right before or right after Crucible I think I was even number two globally; so, you know, once I got there it was just something I wanted to keep up with. Then with the Skirmish [events], a lot of people started getting close, so I had to kick it into overdrive.”

Prior to Flesh and Blood, Jacob had never played any trading card games competitively. While he had played TCG's before, particularly growing up, his focus was on just playing fun games with his friends.

“I have tried a few others, some of the popular ones- but it’s always been strictly kitchen table with some friends; you know, just whatever cards we could, and no real like, looking at the meta, or netdecking, or anything like that.”

Jacob was one of the first in the region to get into Flesh and Blood, helping to build the community from the ground up after being introduced to the game by his local game store.

“Just going to a comic shop, they were announcing that we were going into lockdown and I was kind of just looking for something to do since everything was going to be closed, and the comic shop employee he kind of just pitched it to me and I had some time to waste, so he taught me how to play. I picked up a Katsu and a Dorinthea starter deck and you know we played there, then - I think a study group of six and I, we started running Armory events at the shop probably a month later so you know I really just got into it from the comic shop - Fat Ogre, I think they were one of the first to carry it.

“Houston’s a very big place… I actually run the discord for the Houston Flesh and Blood community, we have about seventy active members online. I was just updating the events for it, you can play Flesh and Blood six nights a week at different comic shops here. When I’m at work, on my breaks, I’m updating the Discord.”

Between a full-time job, full-time study, running a discord server, and competing in Skirmish events, Jacob is left with little time for playtesting or deck-tech.

“This is going to sound terrible, but I didn’t [prepare] at all. Some of these events, I was leaving to go to work a few hours early, and so - normally work for me begins at 6 a.m., I would go into work at 4 a.m. trying to do as much with my job as possible… and then I'd be signing into the event in my car driving home. I work full-time, and I'm a full-time student, I don't really have time to playtest, I test all my decks in Armory Events, and in fact I learned how to play Dorinthea in the Skirmish events.”

Jacob has a varied background in heroes, learning first with Katsu, then transitioning into Kano, before settling into his Dorinthea deck for the Skirmish season. 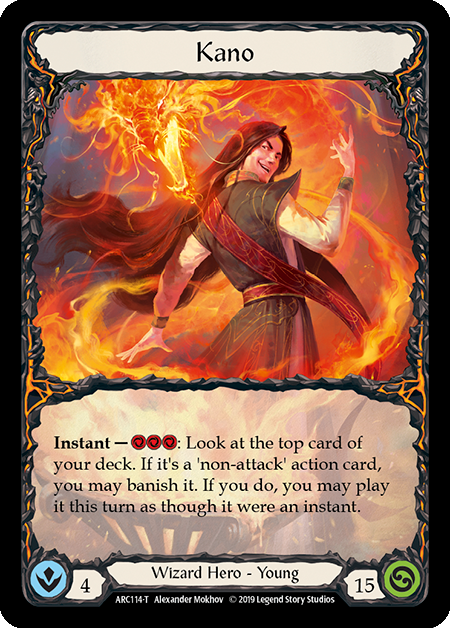 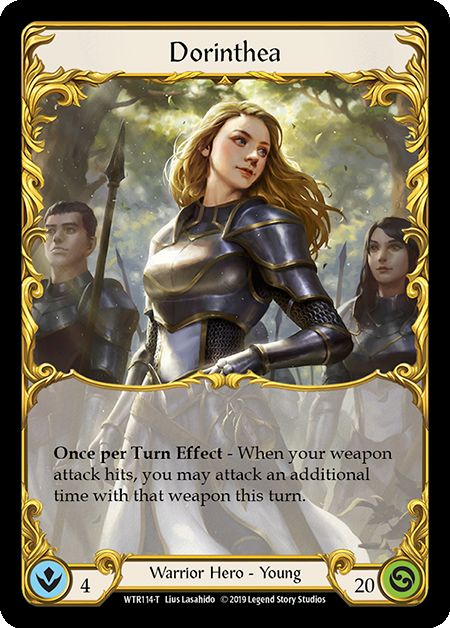 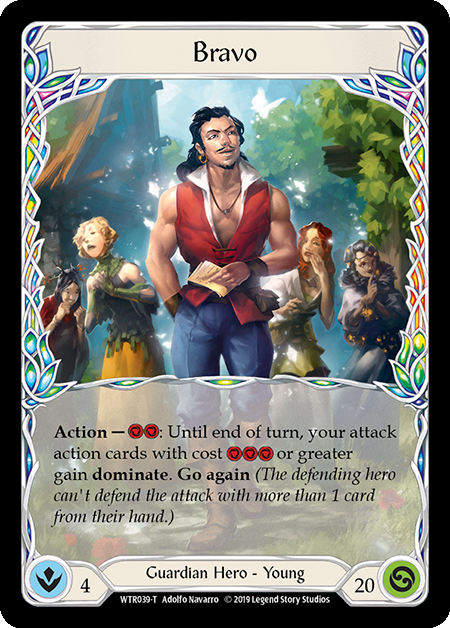 “He has a bad rap of not being very competitive in constructed, and so I like to get as many wins as possible. I know I won't probably win the whole event with him, but it's just- it's fun, you know, to take the chance and see what's on top of the deck, or just build insane combos. He was the first I picked up, and when I'm not competing in events you know I still have my kind of deck. That's just-that's the only deck that's permanently built that I'll take to play for fun.

“So then- Rob Cygul and Davis Tower Kingsley, I played both of them in a Skirmish… and the build that they were making, it was just a really tall Dorinthea, I think they were the first to pioneer it, and when I saw that, it just- Flic Flak’s really strong, but if you’re banking on a second attack with Dorinthea; the fact that they would just front-load all the attack reactions on the first attack, I just really liked that playstyle, because it relies heavily on your opponent making the correct decisions on blocking, and under pressure, it’s really easy to get damage in. So I figured if you can’t beat ‘em, join ‘em. I had a look at their decklists, made a few modifications, and ran with it.”

However, when the conversation turned to Monarch and the release of new heroes, Jacob admitted that he was thinking of switching heroes- and not to one that you might think of for someone who’s predominantly played warrior and wizard.

“Actually, not really switching I guess, but playing the one have the most experience with… because of Monarch, I do plan to compete with Bravo in these upcoming Skirmish events. Ninja was really popular when we first started, and someone picked up Bravo and I hadn't really seen it; and then you know I just got hit with a Crippling Crush a few times, and I was like ‘You know what? I want to do that to someone else’.

“Naturally, you know, he’s got big attacks, and with Prism entering the meta- I know it sounds basic, but just the Iron Hide Boots really was an upgrade for Bravo, and the addition of Rouse the Ancients, I think, opens up a lot of options for him. Even Exude Confidence; We’ve been working on some spicy buildings for Bravo utilising Exude Confidence… I've been trying to schedule time off for these next events, so I'm hoping to get into these events with, you know, some sleep, and a little bit more focus going forward.”

With his incredibly busy schedule, the subject of a World Championship is an interesting one for Jacob, who admits that getting the time off from work and study would be a massive incentive, as well as the chance to meet the community.

“My goal is definitely to get invited to Worlds, and I can actually take a proper vacation, too. Winning Worlds would definitely be amazing, you know, maybe see New Zealand as well, anything like that would really be end goal for me… No shots fired, but I would actually really like to play against Cayle [McCreath], and see what he’s got- I know that he was the first person to reach 1000xp at all, and I think Bravo… He’s in a good spot in this meta, so I’m curious to see what [Cayle] is going to do with him. I’d love, end of this year, beginning of next year, to sit down and see who could be the best Bravo.”