The vessel carrying the entirety of Monarch first edition destined for New Zealand has encountered delay after delay after delay during its voyage from Europe to Auckland. The last hope we had for this vessel arriving in time to make release day was extinguished overnight with the notification of further delays. What should have been a 45 day transit has blown out to close on 100 days.

At this point in time, our best estimate is Monarch first edition will be in New Zealand stores from the week starting May 24.

International logistics disruptions are imposing extreme challenges to all industries. We understand that fans and retailers in New Zealand will be disappointed by this news. We want you to know that we have done everything possible to get Monarch first edition to its final destinations around the world for release date. Unfortunately, our homeland New Zealand, is the one place in the world we were unable to overcome the challenges thrown at us to get Monarch first edition in stores for release day.

The best remedy we have available to soften the impact and support organized play in the lead up to the Calling $10k Auckland on June 5/6, is to release Monarch Unlimited early in New Zealand.

Monarch Unlimited will be in New Zealand stores from May 10, and can be sold as soon as retailers receive it. 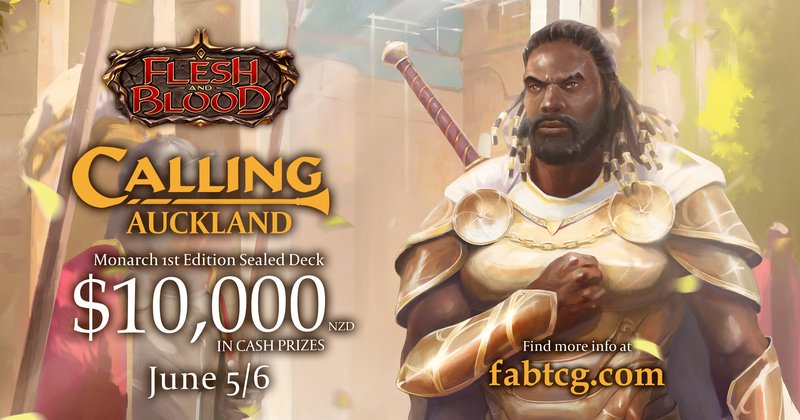