The Library of Illumination stands at the very heart of the bright city of Solana, rising high above the surrounding buildings on every side; it remains a sanctuary for any person with a curious mind and the desire to learn. The soaring shelves are lined with books from floor to ceiling, towering above the heads of visitors and staff alike. Scholars of the Light of Sol draw books down with a gesture, aether curling through the air as they source another volume for their studies. Citizens of Solana sit quietly in the archival wings, reading tomes and illuminated manuscripts, while children gather at the feet of acolytes in shining robes, listening to tales of noble knights and radiant scholars.

Eight Magisters watch over Solana’s golden walls and towers, guiding its people throughout the ages with grace and dignity. Each one is ordained under the Light of Sol, and all work alongside the Grand Magister to bring peace to the land of Rathe, to unite all under the banner of Sol. One Magister watches over the Library of Illumination, and is responsible for overseeing everything that occurs within its hallowed halls.

The Librarian oversees all, a radiant and dignified custodian dedicated to guiding the library’s patrons along the path of the Light. Carrying an air of mystery, they are as timeless and illustrious as the Library itself. In their role as Magister, the Librarian embodies the grace of Sol, sharing their endless knowledge and wisdom with anyone who seeks their counsel.

Beyond their essential duty to the people of Solana, and their role in caring for the Library, the Librarian also leads the quest for new knowledge, scouring ancient tomes and crumbling scrolls procured from across the land of Rathe. For many decades, the Librarian was accustomed to solitude, preferring to withdraw for days at a time and focus on their research. However, this changed when a young girl found her way into the innermost sanctum of the Library and quickly established herself as the Librarian’s would-be apprentice. With their protégée by their side, the Librarian seeks out the truth behind the recent onslaught of the Shadow, using their talents to unravel the mysteries which now threaten their fair city of Light. 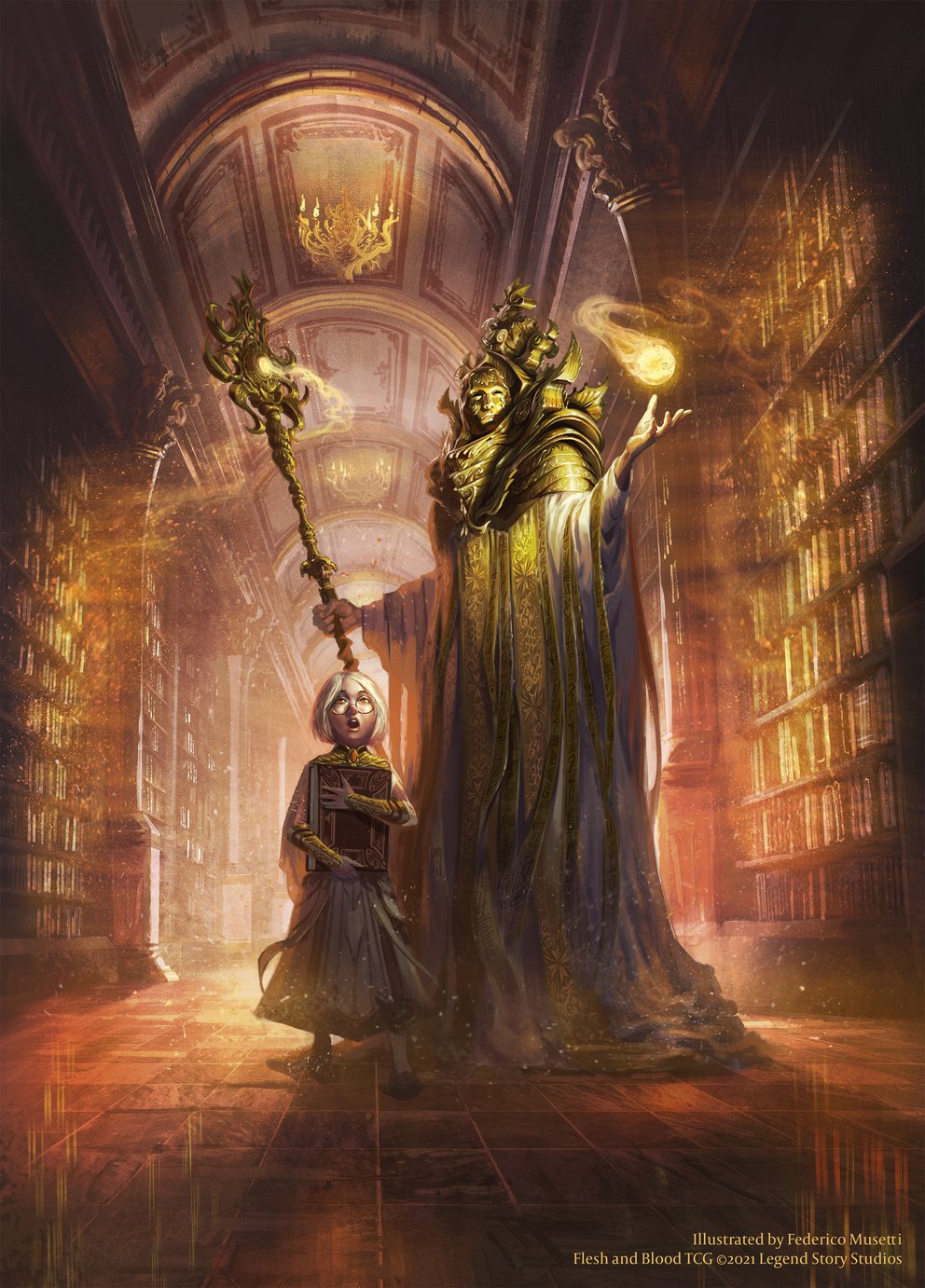