Ar Bun first started playing Flesh and Blood in December 2020, participating in weekly Blitz events ahead of his first Skirmish event in March. As of writing this article, he’s just one point shy of 2,000 XP, 11th on the global lifetime XP leaderboard, and 2nd on the lifetime XP leaderboard for Hong Kong. He played Kano throughout the first and second seasons of Skirmish, picking up Chane during the Road to Nationals season, and took the Runeblade to victory at the Hong Kong Regional Championship.

“I think I first started playing competitively in Skirmish season one. Because of Covid-19, we couldn’t join face-to-face events, so online Skirmish events were the only way you could meet players from around the world. Although the events didn’t provide many prizes, I tried my best to win the glory for Hong Kong. At that time, I won one event and got a few top 8’s in Skirmish events. That was the motivation for me to play competitively. I met a lot of new friends from around the world by playing online events, it does a lot for understanding the different play styles from different countries. We usually talk a lot after the games, and with that discussion and exchange of thoughts, we grow together.

The FAB community in Hong Kong is competitive, it’s very easy to meet a skilled player at an Armory event. If you want to win an Armory event in Hong Kong, you have to face Joshua Lau’s Dorinthea, Kelvin Law’s Kano, Galaxy Yang’s Ira - those players are Skirmish event champions around the world. When you can play with those top players in Hong Kong every day, your skills improve very quickly. And more importantly, those top players are welcomed to share their techniques, tell you your misplays and teach you how to win. Players here are very selfless and share a lot, I think that is the reason why the Hong Kong FAB community grows very fast and shines globally.” 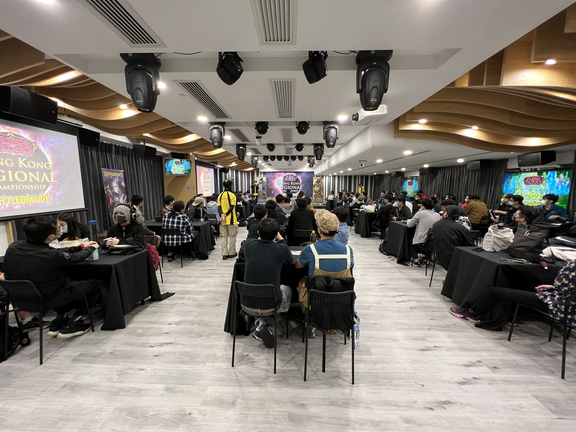 An avid wizard, Ar Bun quotes Kano as one of his favourite heroes to play, but switched to Chane for the Championship, saying that there are common elements in his strategies for the two heroes.

“I think the main reason FAB keeps me interested is the various heroes, I like the way FAB creates their images as if they’re real people fighting one another. When I play as a warrior, I feel like I am a warrior in real life, using my sword in battle. When I play Kano, I feel like I’m holding a magic wand and burning my enemies. This is what makes the game appealing to me.

I like planning for a big turn, and both Chane and Kano can achieve this. The interesting part of the game is, with each card you pitch or resource you use, these cards all go back to the bottom of your deck. That means you can plan your big turn by pitching cards. Pitching the important card is just like an extra arsenal slot. For example, I like pitching Blazing Aether and making it come to the top of my deck later in the game. I like pitching Stir the Aetherwinds with some blue cards, and then putting Forked Lightning into my arsenal, to make sure I can actually play this combo in the later part of the game. This strategy does help me a lot when playing Chane; if you can control the cards you banish and the card you draw, it can maximize the power of Chane.” 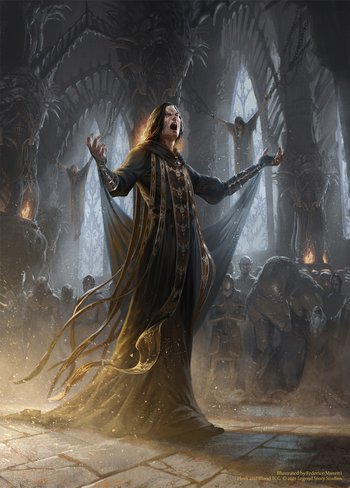 “I expected to see a lot of Briar in the metagame at Nationals, and for me, I think Chane is one of the few heroes that does well against Briar, the queen of this meta. I think that for Chane vs. Briar, Chane has a 60% winrate because of Carrion Husk, which can help a lot in blocking the Plunder Run and Enlightened Strike turns for Briar. It’s very difficult for Briar to force a player to destroy Spellbound Creepers, as Briar cannot prevent arcane damage easily. So normally, I use Creepers 2-3 times, and this allows me to create a very wide combat chain with huge damage output.

Everybody says that the answer to the current meta is Briar, and I think that’s mostly right, but I think other heroes like Chane and Oldhim can do well. Chane still has a place, he’s still strong enough to be a king.

For me, Oldhim is actually the hardest hero to beat. I think the main reason is that Oldhim players usually play Briar instead of Chane. It’s not just Oldhim, after the Seeds of Agony ban, heroes like Dash, Bravo and Prism find it easier to fatigue Chane. Oldhim is the hardest one, though, because he has so many ways of countering Chane.

First, the shield can keep blocking several times if I broke the combat chain. The shield can go all the way from blocking 1 to 3, so pitching a blue can block six in total, theoretically. Secondly, Oldhim’s defense reactions force me to put a card from my hand to the top of my deck, which slows down my deck and makes sure I don’t have enough resources to play cards in my last turn.

Third, Blizzard, the most horrible card of Oldhim’s, which will totally stop my turn. Usually I try to pitch all the cards in my hand to protect me from putting the card on top of my deck, but if I pitched all my cards, I can’t pay the resource cost for Blizzard, so I need to gamble or try to figure out when a defense reaction will appear, or when it’ll be Blizzard.

Lastly, there are many blue pitch cards in Oldhim’s deck that can effectively block all arcane damage, it made my Spellbound Creepers much easier to break. With so many ways of countering Chane, I think that this is a 80% loss rate for Chane.”

Ar Bun was one of three Chane players who made it to the Top 8 cut of the Regional Championship, alongside four Briar players, and one Oldhim. He quotes the Briar matchup as a particular focus, though he had one eye on the Oldhim player, Jack Tang.

“If you beat Briar, you have a good chance of placing higher. Thin your deck to 60-63 cards to ensure you can banish cards effectively, and defense reactions are good because they can counter Briar’s big turn, like Plunder Run or Snatch with Lightning Press. Command and Conquer is a perfect counter to Briar because it forces your opponent to block. Slow the game, and try to get your Shackles up to four or five, that’s when it’s showtime for Chane.

Going into the final against Oldhim, I was full of confidence in the middle of the match. As a Kano player, I am used to keeping my life at a very low value, and everything was still going according to plan. Although my health was very low, I knew I could fight back. When I was banishing the card for a seventh Shackle, Eclipse emerged, and I stopped and thought “that’s my showtime.” After that turn, I managed to banish Seeping Shadow and Howl from Beyond; everything was ready and it was the perfect time to have a big hit. I was wary of Oldhim’s hero defense reaction, so I decided to pitch all of my cards, except then Jack played Blizzard, which totally knocked me down. I’d thought I could win for sure, but that dropped me from heaven to hell. I put my hands off the table as I was so powerless at that time, I could only look at how Jack showcased his amazing play.

After that, I kept reminding myself, the match isn’t over. I imagined that I was using Kano - so it didn’t matter that there was only one life remaining. I kept looking for a way to get out of this difficult moment, and I finally got it. Everyone, including me, thought that I was going to lose, but actually it was a regular move for Kano - fight back on one life. A year of playing Kano taught me how to flip the game in the worst situation.”

On that note, I asked Ar about the moment in the final where he managed to reverse the match, when he could be seen reviewing the state of the game and calculating where cards were in each player’s respective deck. Did he know where the Art of War was, and was he prepared for it?

“Yes, I knew where the Art of War was; moreover, I also knew where the Seeping Shadow and the Howl from Beyond I pitched in my first turn were. For me, the first mission was sending Seeping Shadow and Howl from Beyond to the banish zone. Unfortunately, the Art of War didn’t go to my hand. I tried to draw as many cards as possible but I still couldn’t make the deck run fast enough. The main reason was that Jack was using the hero’s ice defense reaction to slow my deck. Jack did a good job keeping the Art of War from being drawn, and see it banished instead. There’s a YouTube video and an article that showcase this technique.” 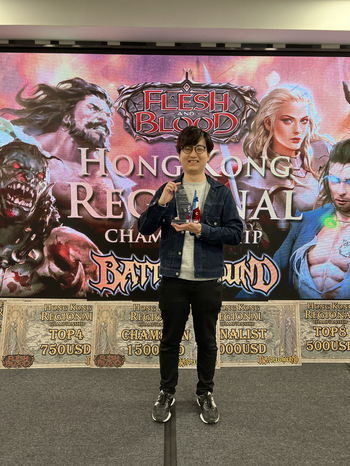 "I am so honored to be the Regional Champion of Hong Kong. It is without doubt a huge recognition of my hard work in these several months. Nevertheless, this is just the beginning of my FAB journey. In the future, I’ll keep learning and trying to be an all-rounded player, and try to do my best in every challenge I encounter. I look forward to going further at the World Championships so that more people in the world will know more about the Hong Kong Fab community.

I would like to say thanks to all the players who practiced with me or gave advice to me, especially the Chane player Ray Lam, who also played Chane at the Championship. We discussed and practiced together, and we were using the same decklists. Unfortunately, we met each other at round seven, and we knew that this was a 50/50 game. When I won, I became the fourth seed after Swiss, and he went to eleventh or twelfth. The good thing was that I took Chane to the top and won the Championship, and didn’t let anyone down, that was great for me. I think Ray deserves the victory as well.

Finally, I would like to say, I respect all the players who are still playing Chane. After the ban of Seeds of Agony, I know it’s challenging to use Chane in the game. If you are still using Chane, that means Chane is your true love! Keep it up!”

A huge thank you to the team at Fayble for helping us translate this article into Mandarin!

Recap: the Final Championships of 2021