With Roots Above and Branches Below

Briar is the newest Runeblade from Tales of Aria. Unlike previous Runeblades, she has a lighter feel to her and does not focus too much on Runechants or the banished zone. Briar introduces Embodiments of Earth and Lightning. These are auras that allow Briar to manipulate turns outside of the current turn which is a powerful effect in Flesh and Blood. 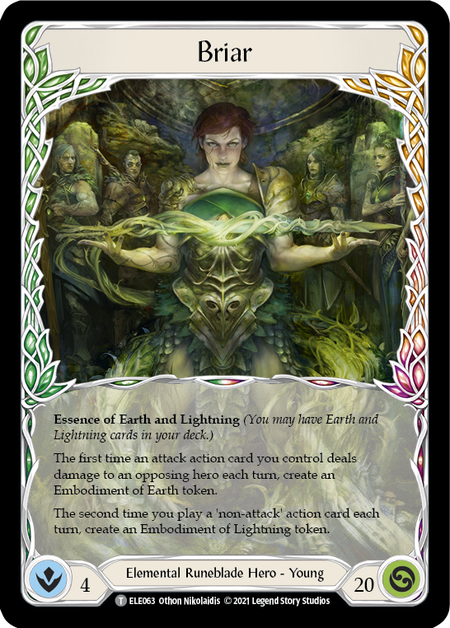 Briar’s playstyle is a mix of aggression, defense and combo and she is able to change pace where she sees fit. The core of the deck is like other Runeblades - lots of non-attack actions combined with a close to even ratio of attack actions. However, there are other factors to consider. Briar wants a split of Earth and Lightning cards to enable her to fuse, as well as a good amount of ways to deal arcane damage or damage (along with physical damage from attack actions) to create as many Embodiments of Earth as possible 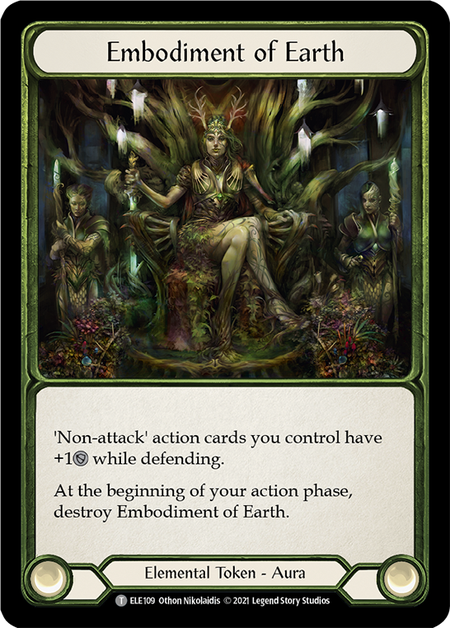 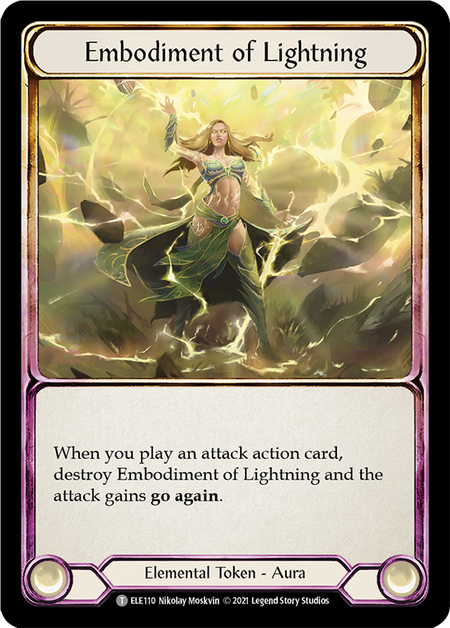 When playing Briar, you want to be able to change the pace of the game depending on the hands you are dealt. The three most common types of turns are Set-up, Pressure and Explosive.

When there is not much going on, you want to have a set-up turn. This would include defending with a large amount of cards and leaving yourself with a way to play two non-action cards, hopefully one that draws a card that you can later arsenal and create an Embodiment of Lightning. You can then attack with your weapon as that does not trigger the Embodiment of Lightning.

The most common turns will be about applying pressure in multiple instances. Briar utilises arcane damage in an interesting way. For each instance of damage that is dealt, Briar will create an Embodiment of Earth, that will allow you to turn your usually under baseline non-attack actions into powerful defense cards that can single handedly turn the tempo of the game. Although dealing damage is part of the goal, the biggest upside to applying pressure is to minimize the amount of damage your opponent can attack back for and prepare for an explosive turn.

Briar is capable of some of the most threatening turns in Flesh and Blood. Her Earth side allows her to create large attacks and her Lightning side allows for multiple attacks. Starting the turn with an Embodiment of Lightning, using it on an attack action then creating a second one for the turn by playing two non-attack actions can allow Briar to have multiple attacks in a turn. Pair this with a powerful effect such as Fulminate or Channel Mount Heroic and you’ve got yourself a constructed powerhouse. 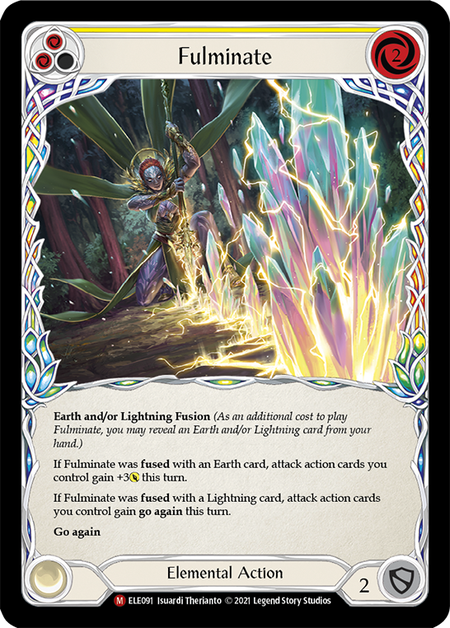 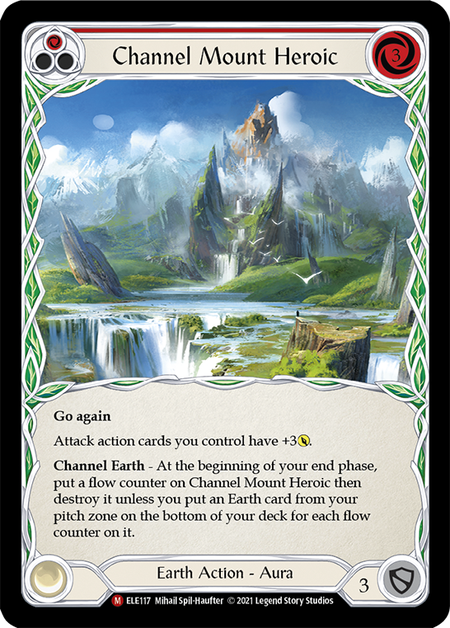 In Sealed, Briar is one of the easiest decks to build, even when things don’t go your way. You want to ensure there is a mix of attack actions and non-attack actions. Unlike constructed, players are very limited in the way they can prevent your arcane damage, so look towards having strong turns by utilising ways to deal arcane damage such as Bramble Spark and payoffs that benefit from dealing multiple sources of damage like Explosive Growth. 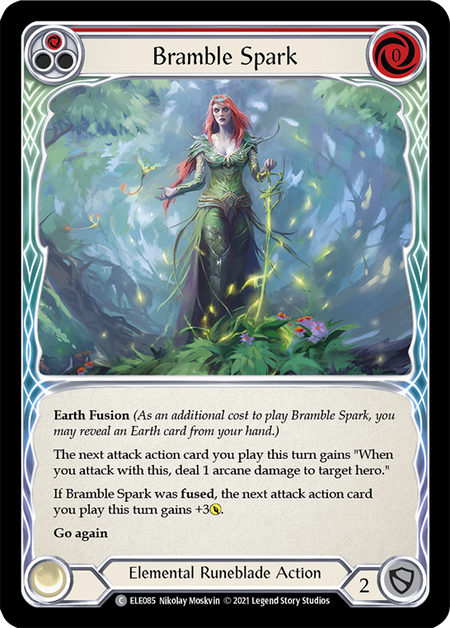 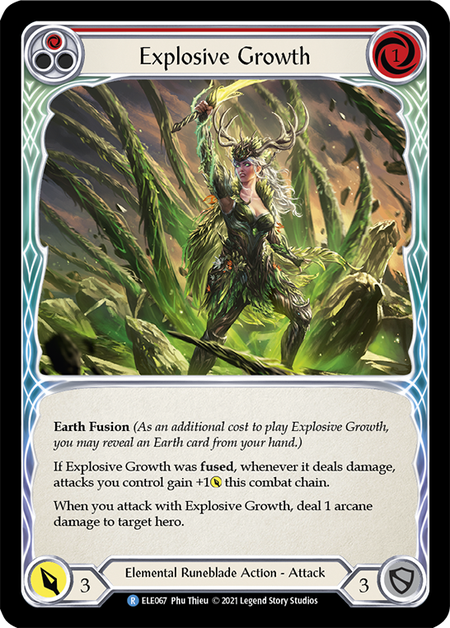 Briar is a new twist on familiar things we've seen in the past. The explosive nature of pairing Lightning's speed with Earth's strength makes Briar the Runeblade I'm most excited to play and that's saying something. If you enjoy large set-up turns paired with alternating offensive and defensive plays, Briar's got you covered.