Towards the southern-most region of New Zealand, Dice Jar Games in Dunedin hosted the fifth Road to Nationals event, welcoming 24 contestants vying for unique prizes and invitations to the New Zealand Flesh and Blood National Championship. The metagame shifts once again, with a massive spike in the representation of Brutes and Warriors! The heroes of Dunedin showing their preference for the use of threatening melee weapons. 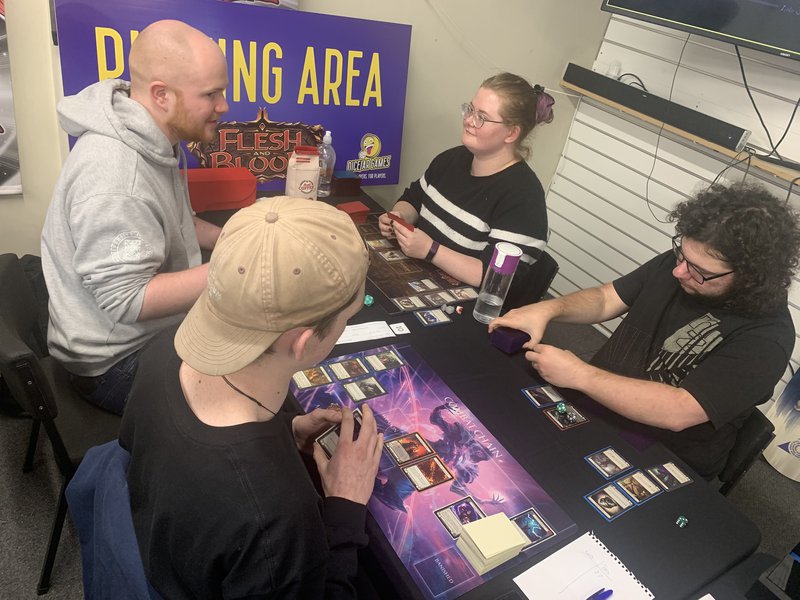 On the conclusion of the Swiss rounds, only 8 brave heroes are able to continue in their search for victory with the comfort of knowing that they'll at least have a second chance at the big stage at the National Championship in late September should they fall in the final rounds of play for the day. 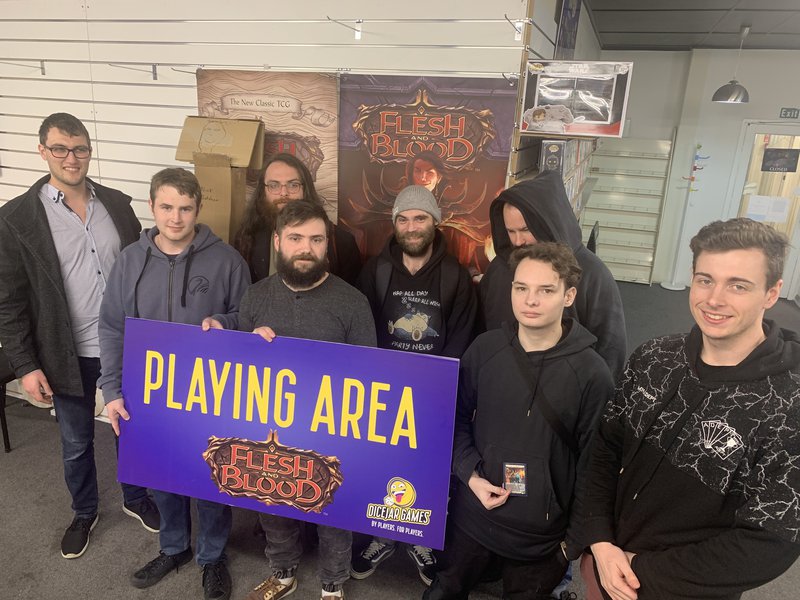 The first upset of the quarterfinals came with the top ranking seeded player after the Swiss rounds, Ninja Nic Andisen, falling in the heat of battle. The 2 Brutes joined the Ninja as classes to have been eliminated. Only wilful Warriors and methodical Mechanologists are left.

The pairings of the semifinals guarantee a Warrior vs Mechanologist finals match! Which player of each discipline will prove their mettle and represent their class at the highest level? 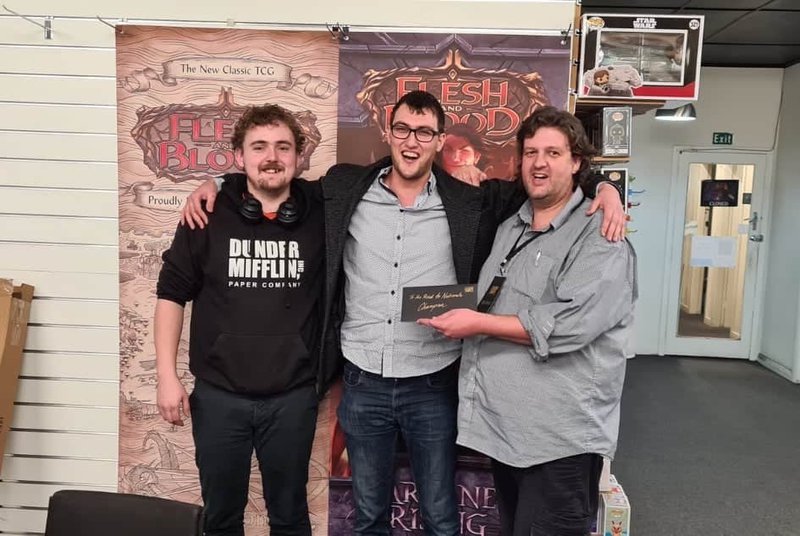 What was in the envelope?

The champion Matt didn't even get a chance to open the coveted prize envelope as it was secured by an outstanding bid of $2,500 on the spot! The procurer has decided to keep the envelope sealed to keep the treasures within a mystery for the whole world. What would you hope is in that envelope?