Illus. by Alexander Mokhov
About Learn

Bravo is reputed to be the strongest man in Rathe and he sure loves to dominate the limelight with his show stopping performances! 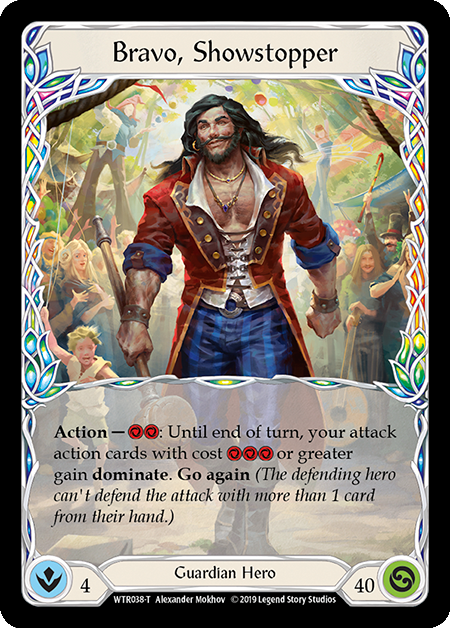 Use Bravo’s hero ability with powerful crush attacks to make them hard to defend and therefore more likely to inflict 4 or more damage required to trigger their debilitating effects.

Bravo’s crush attacks are expensive to play. Putting them in your arsenal helps you to have enough cards in hand to pay for the attack and activate Bravo’s hero ability. 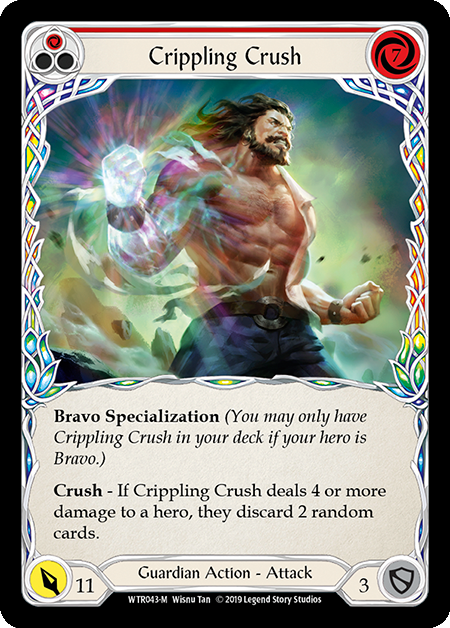 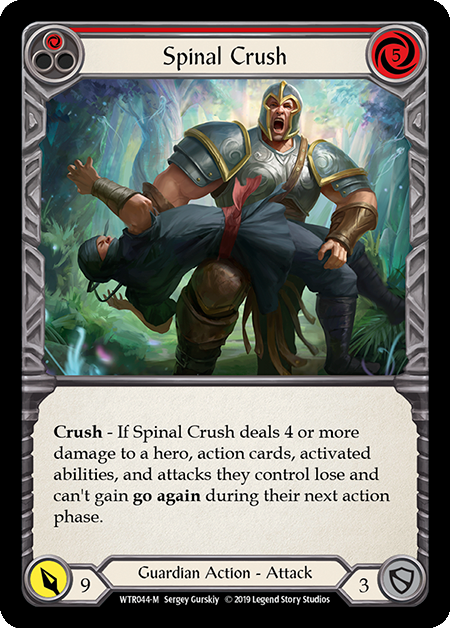 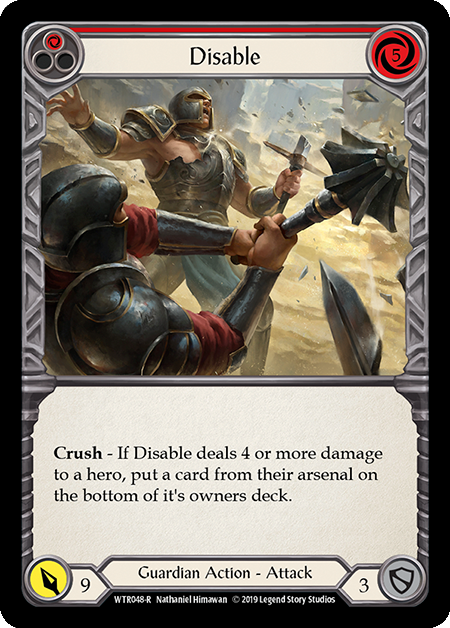 Bravo is all about building up anticipation for the show stopping finale. Aura cards represent the anticipation building.

Set the stage by playing an aura card and putting a powerful attack action in your arsenal for the following turn when you get the effect from the aura… then it’s show time! 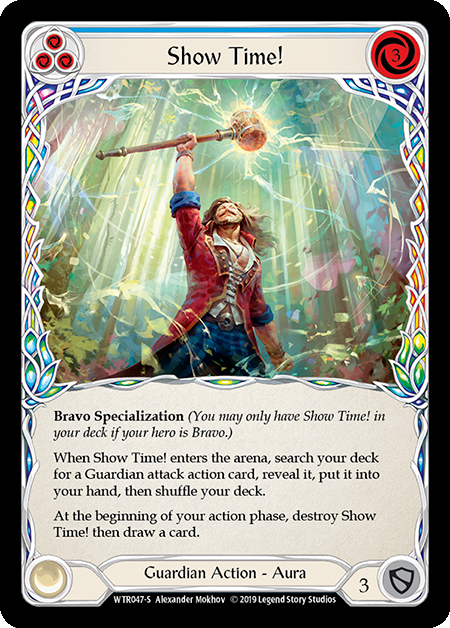 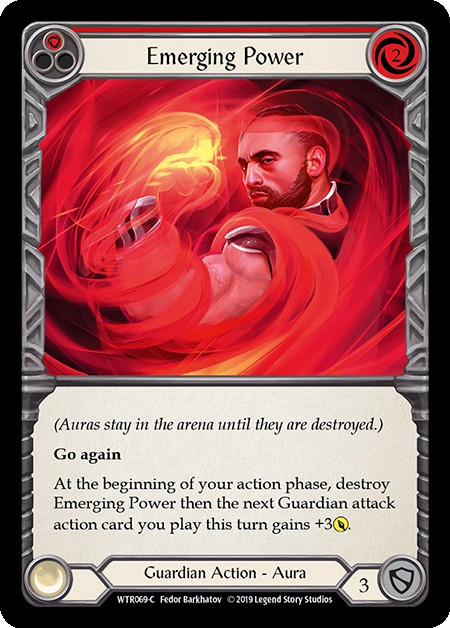 Bravo loves to steal the show with haymakers, but he also has aura cards that bolster his defenses when needed. Offense or defense, Bravo does it all. 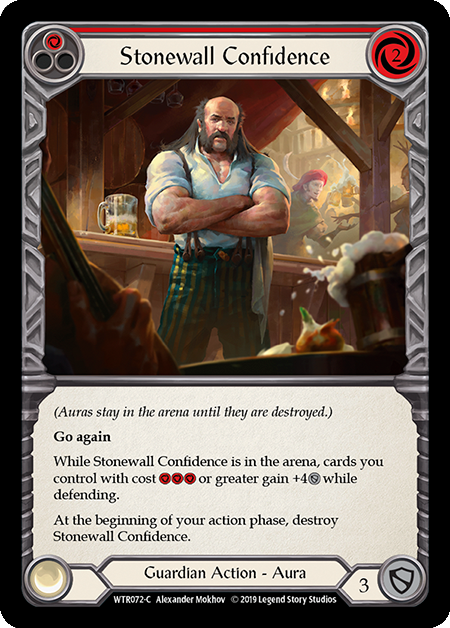 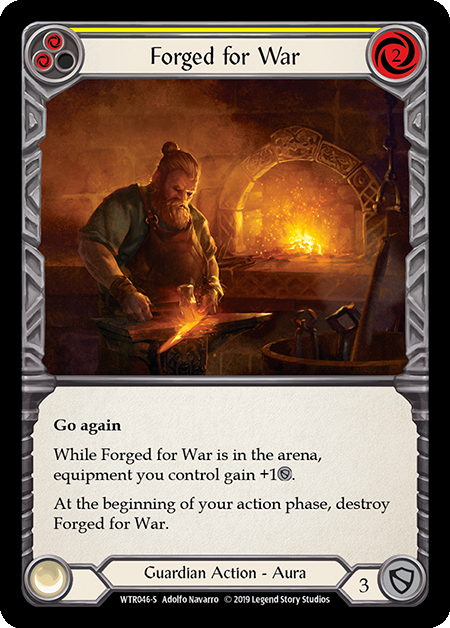 Bravo, “the strongest man in all of Rathe”, could only have the most powerful attack action cards around.

Crush is a keyword found on Guardian attack action cards, that apply a detrimental effect to the opposing hero when they deal 4 or more damage.

Crush combined with Bravo’s hero ability is a very powerful way to force your attack action cards with 7 or more power to deal 4 or more damage. Even without dominate a crush attack forces the defending hero into a position where they must defend or suffer the consequences of being crushed, which is often enough to wrestle back control of the tempo of the game. 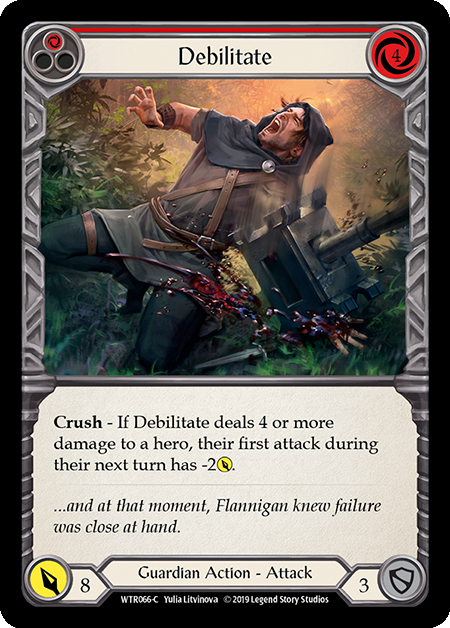 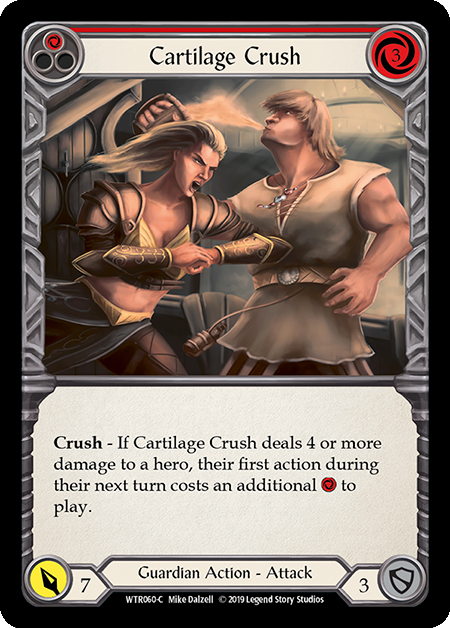 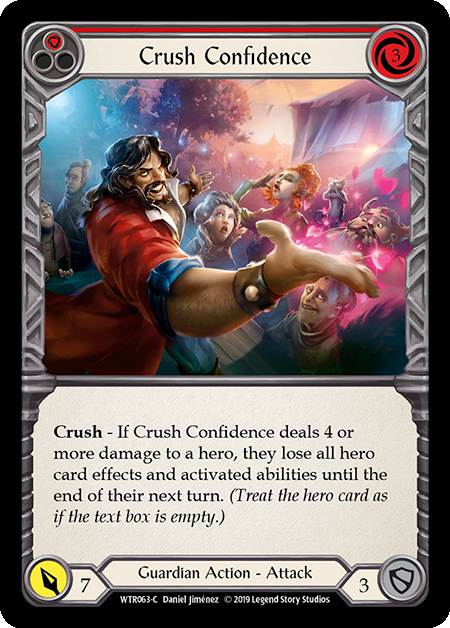 Most crush cards are very expensive to play. Use your arsenal to set them up for a future turn when resources are plentiful in hand, or the opponent has a weak turn leaving you with plenty of cards to close the show.

Welcome to Flesh and Blood