Last weekend saw the Calling come to Singapore, and the SCGCON Battle Hardened series continued with an event in Baltimore. With the Calling: Singapore helping to define the metagame heading into the National Championships in September, and both Battle Hardened events contributing to the final state of the Living Legends leaderboard post-Skirmish.

After two years of lockdowns and restrictions, we were finally able to bring the Calling to Singapore, with players across Asia answering the call! With two Classic Constructed tournaments on offer, all eyes were on Singapore over the weekend to watch who would take the trophy. Day one dawned on 244 players, gathering from across Asia, North America, and the Pacific to compete for the title of Calling Champion.

The Calling metagame was one of the most diverse across events in 2022, with all seventeen heroes on the field. Viserai, Rune Blood was the most popular on the field with 42 players, followed by Fai, Rising Rebellion with 29, and both Briar, Warden of Thorns and Prism, Sculptor of Light with 27 players. 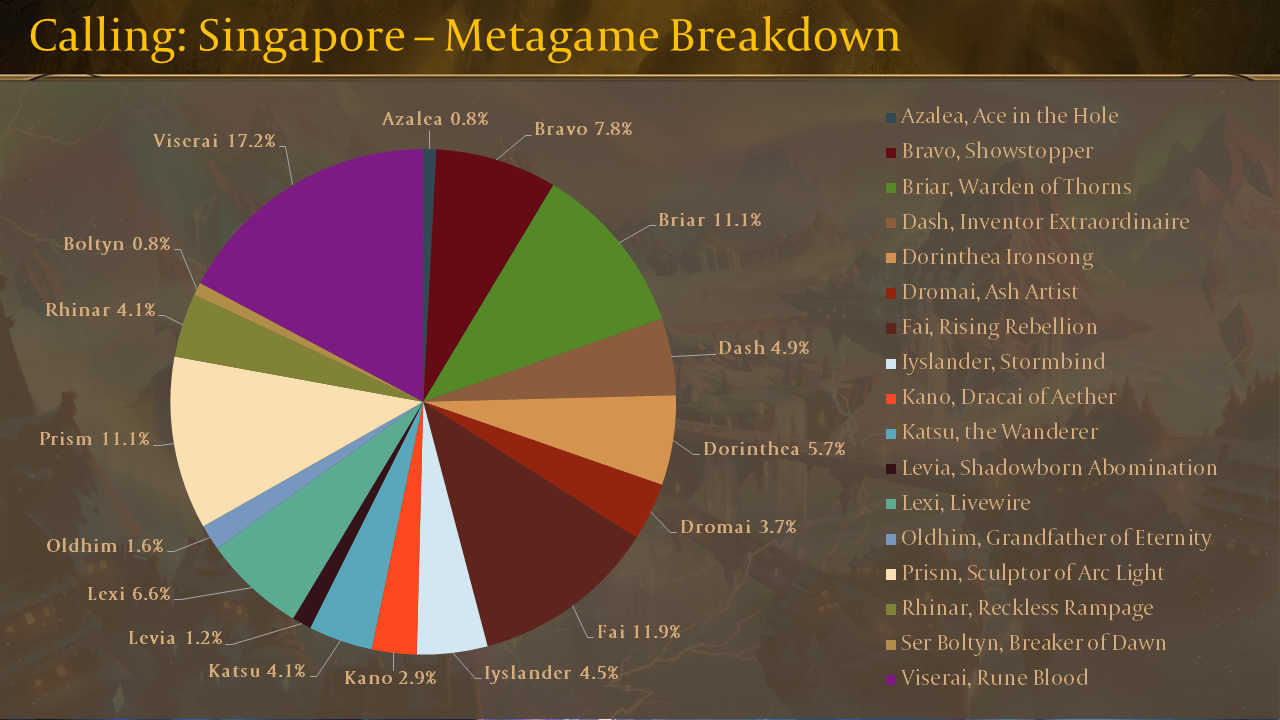 By the end of day one, only two players remained undefeated. Allen Lau, playing Briar, Warden of Thorns, was a quarterfinalist at the Hong Kong Regional Championship in 2021, and is currently the top-ranked player in Hong Kong on the Limited Elo leaderboard. Ivan Teo, playing Fai, Rising Rebellion, is newer to Flesh and Blood, joining his first event at the beginning of the year and going on to win a Road to Nationals event with Dromai.

Both players went on to make the Top 8 for day two, with Ivan featuring as the only Fai player. There were three other Briar players present in the quarterfinals alongside Allen Lau: Chi Shing Tsang, semifinalist at the Hong Kong Regional Championship; Pei-Tung Liao, currently #1 on the Lifetime XP, 90-day XP, and Limited Elo leaderboards in Taiwan; and Chan Nova, who began playing in September 2021, and recently won a Road to Nationals event in Hong Kong. 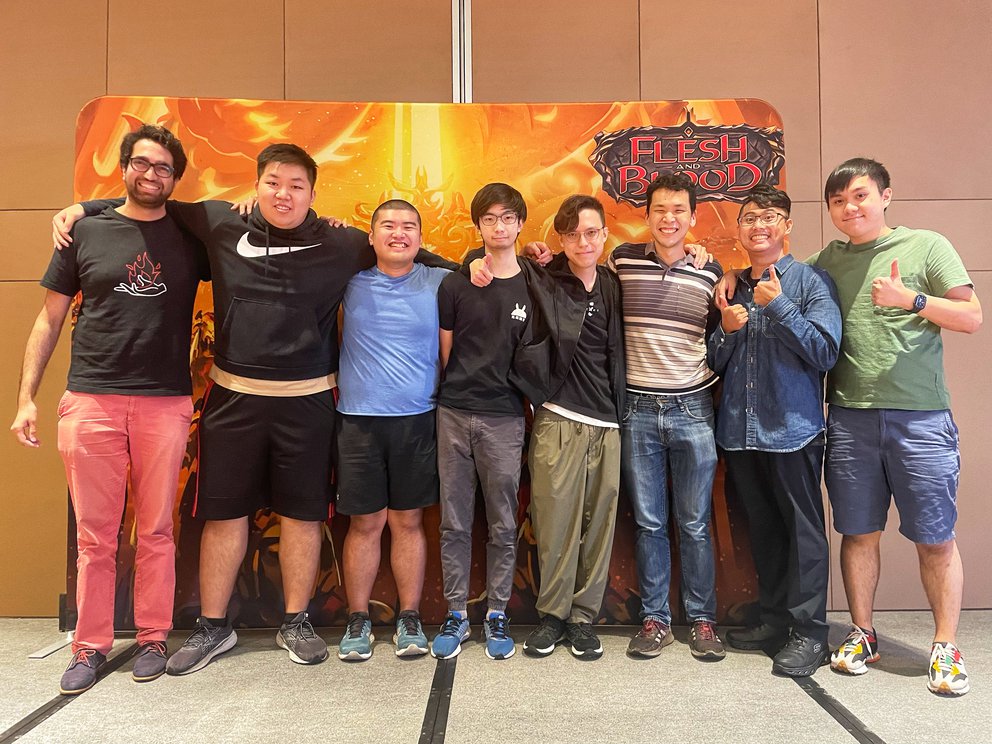 CYK Lionel brought the only Viserai deck into the Top 8, and is currently the second-highest player on the lifetime XP leaderboard for Taiwan, winning events across the ProQuest and Skirmish seasons. US player Pankaj Bhojwani began playing in September 2021 with the release of Tales of Aria, and competed at the Pro Tour and Calling events in New Jersey earlier this year.

Finally, we come to Thai player Jason Zhang, who brought Dash, Inventor Extraordinaire into the Top 8. We have seen Dash make the Top 8 at recent events, most notably Battle Hardened: Portland and Battle Hardened: Syracuse, but this is only the third time that the hero has won a competitive-level event — Matt Rogers won the New Zealand National Championship with Dash in 2020, and Lee Derk Hua won the Malaysian National Championship in 2021.

Jason Zhang previously won a ProQuest Season 1 event with the Mechanologist, and made the day two cut at the Pro Tour: New Jersey. Congratulations to Jason for winning the final match against Chan Nova's Briar deck, and seizing the title of Calling: Singapore Champion! 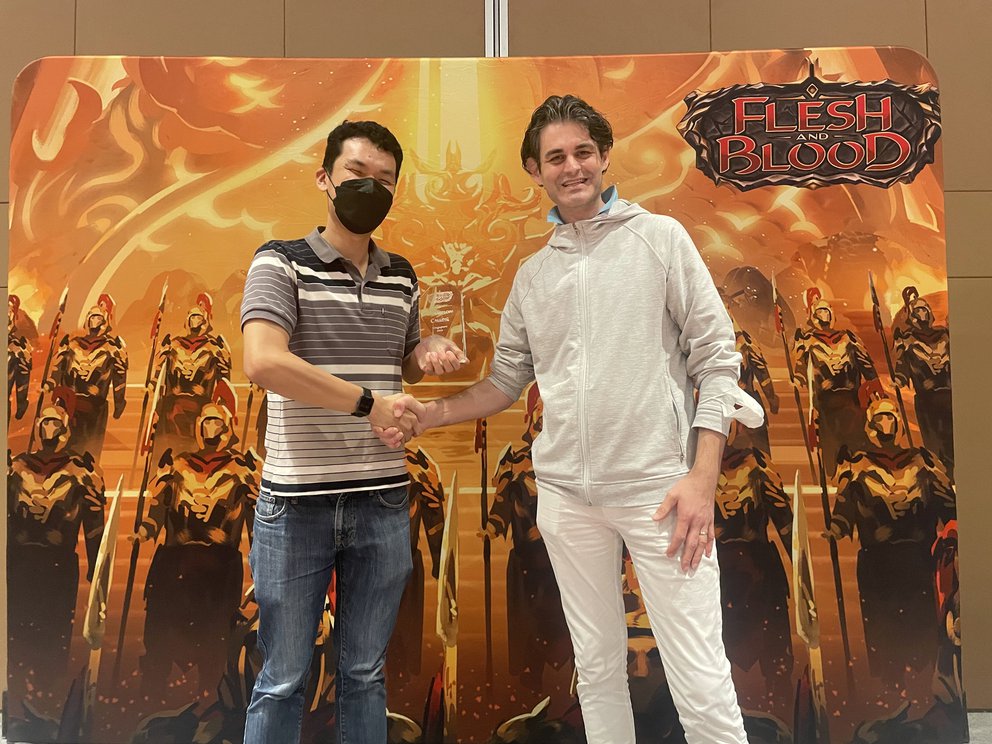 In the Battle Hardened event, we saw another three Briar players make it into the Top 8: Eugene Phua, the first player in Singapore to reach 1000XP; Luo Sheng-Xun, Champion of Calling: Taiwan; and Denny Koh, who has been competing at ProQuest and Skirmish events since he began playing in September 2021.

Jia Ye Tan, who has been competing in events since the second season of Skirmish in June 2021, brought Katsu into the Top 8, rather than the Ninja of the moment, Fai. Clement Ling was a quarterfinalist at the Malaysian National Championship in 2021, once again bringing Lexi, Livewire into the Top 8. Rounding out the Tales of Aria heroes, Keith Yong has been playing since February 2022, warming up at ProQuest and Skirmish events through the first half of the year before tackling the Battle Hardened. Viserai player Seb Kho has been playing since the release of Tales of Aria, with this marking his first major competitive tournament. 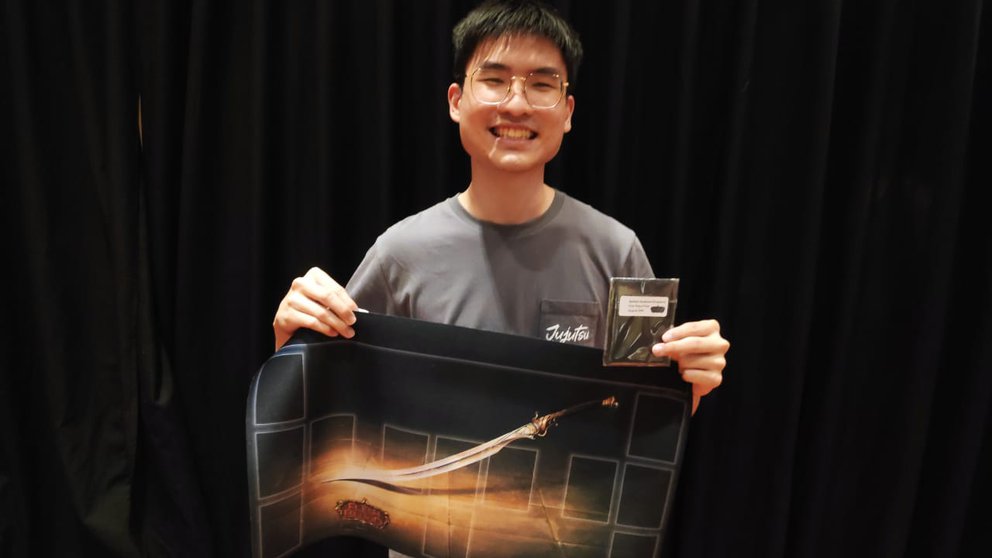 Calling Singapore about to begin

The latest entry in the SCGCON Battle Hardened series kicked off with 67 players in a Blitz battle for greatness, with several of our most classic heroes making it past the Top 8 cut. Two Dorinthea players made it into the quarterfinals: Sherman Darrenkamp has been taking the Warrior to victory at Skirmish events this season, competing in three previous Battle Hardened events, plus the Pro Tour and Calling in New Jersey earlier this year. Nicholas Porter has been playing since February this year, with the Battle Hardened marking his first major event, and his thirteenth Flesh and Blood tournament to date.

Congratulations to all our Top 8 players for this major step on their path to greatness, to Jack Stoney for fighting his way to the finals and securing a PTI, and to Battle Hardened: Baltimore champion Anthony Nguyen! 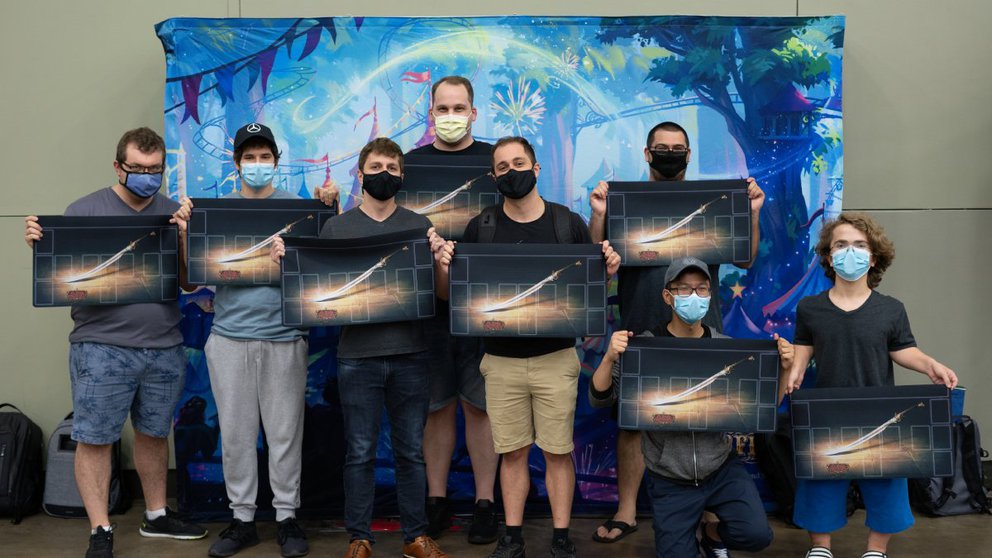