In the historic Old Town district of Kraków, the first Calling event in Europe got underway - the second Calling event ever to feature the Blitz format. Alongside the main event, two different Battle Hardened tournaments offered players the opportunity to earn PTI's and test their skills in the competitive scene.

All proceeds from the ticket sales for this event are being donated to Polska Akcja Humanitarna (Polish Humanitarian Action), an organisation providing support to Ukranian refugees entering Poland. Thank you to everyone who participated in the event or bought one of the leftover promo bundles sold last week!

319 players brought their young heroes ready for battle at the Calling, and with three National Champions and the winner of the Calling: Cincinnati in attendance, this event was ready to see some of the highest-level competitive play in Flesh and Blood.

Special guest of the Artist Alley, Mateusz Wiśniewski, was also in attendance for the event. Mateusz has created artwork for some of Flesh and Blood's most striking cards, including Emeritus Scolding, Summerwood Shelter, and Coalescence Mirage. 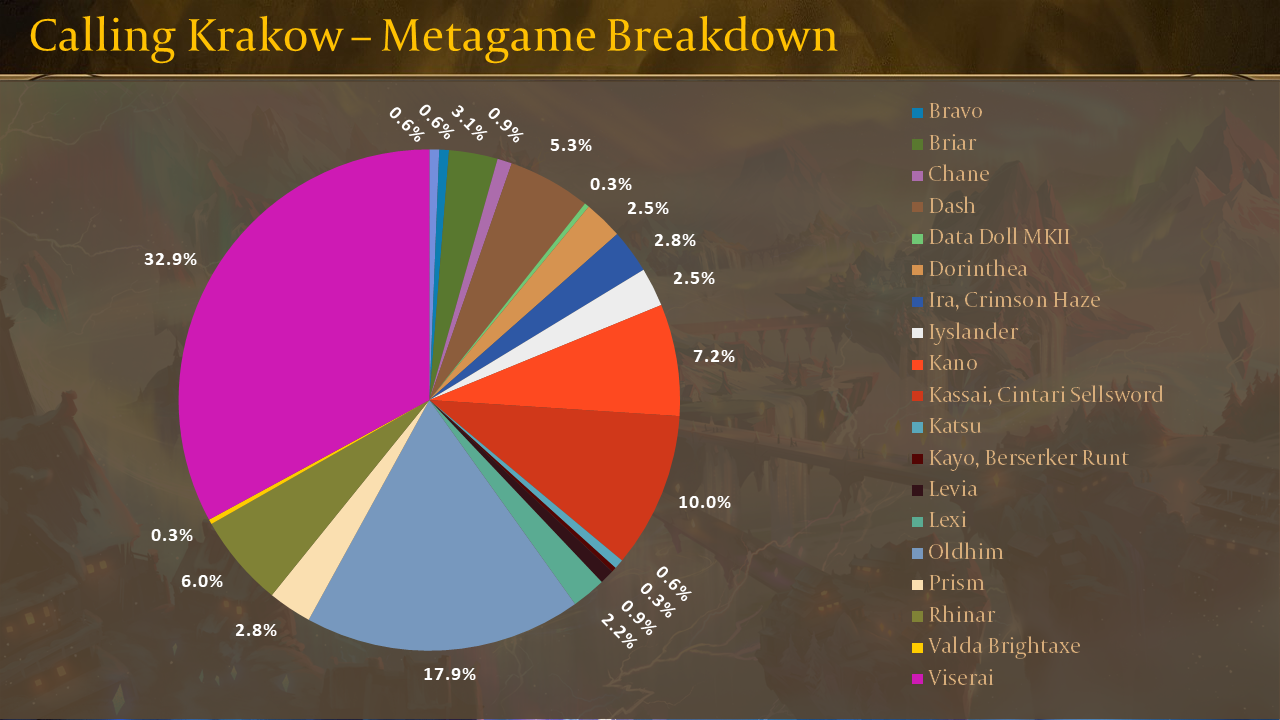 The three most represented heroes on the field were Viserai, Oldhim, and Kassai, while stand-out appearances included one player each for Kayo, Valda and Data Doll. Kano and Rhinar have been slowly gaining momentum over the course of the recent Skirmish season, with a rising number of players picking up Wizard staffs and Brute clubs around the world. Fellow wizard Iyslander also made an appearance, with only Azalea, Genis, Kavdaen, and Shiyana unrepresented at the event. Ninjas Ira, Benji, and Katsu had 13 players between them, but there was one Ira in particular who stole the show, complete with Mask of Momentum and Edge of Autumn. 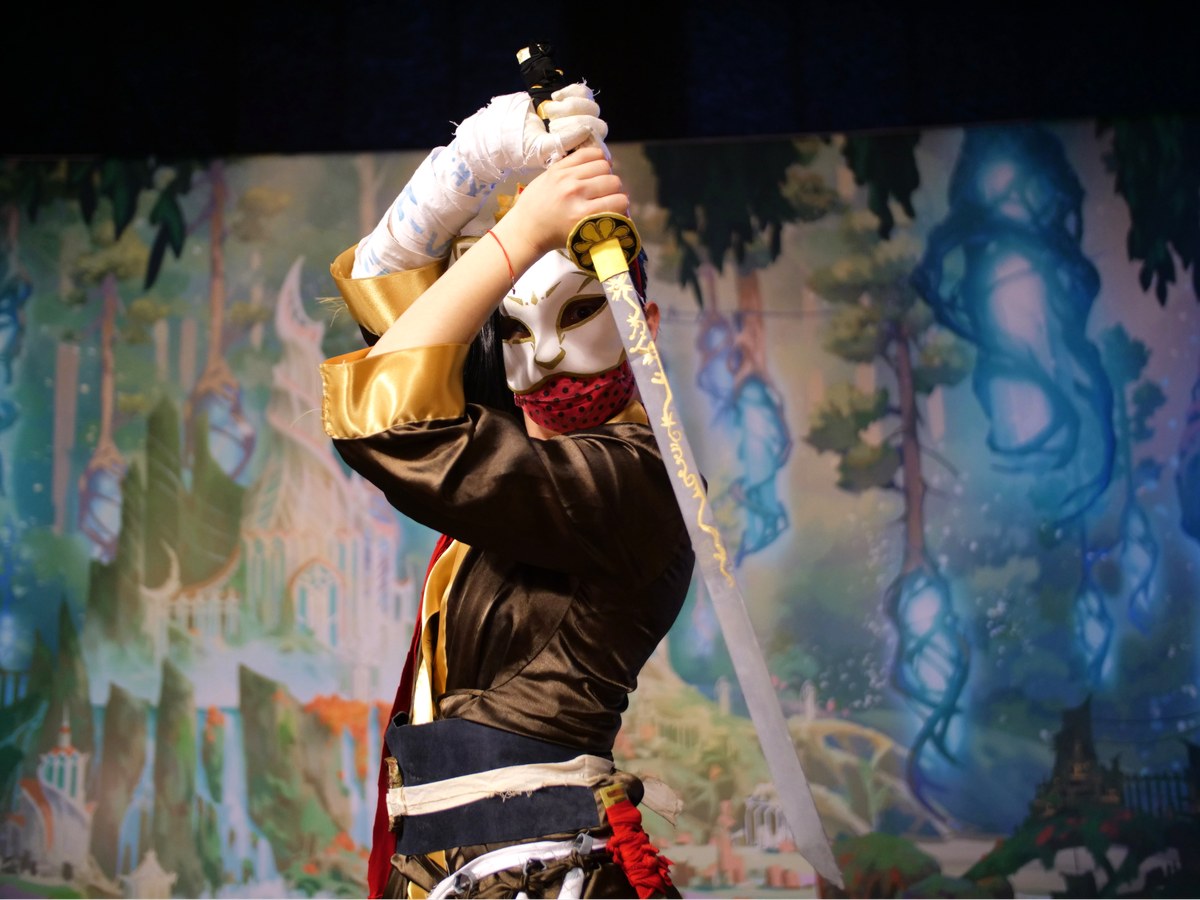 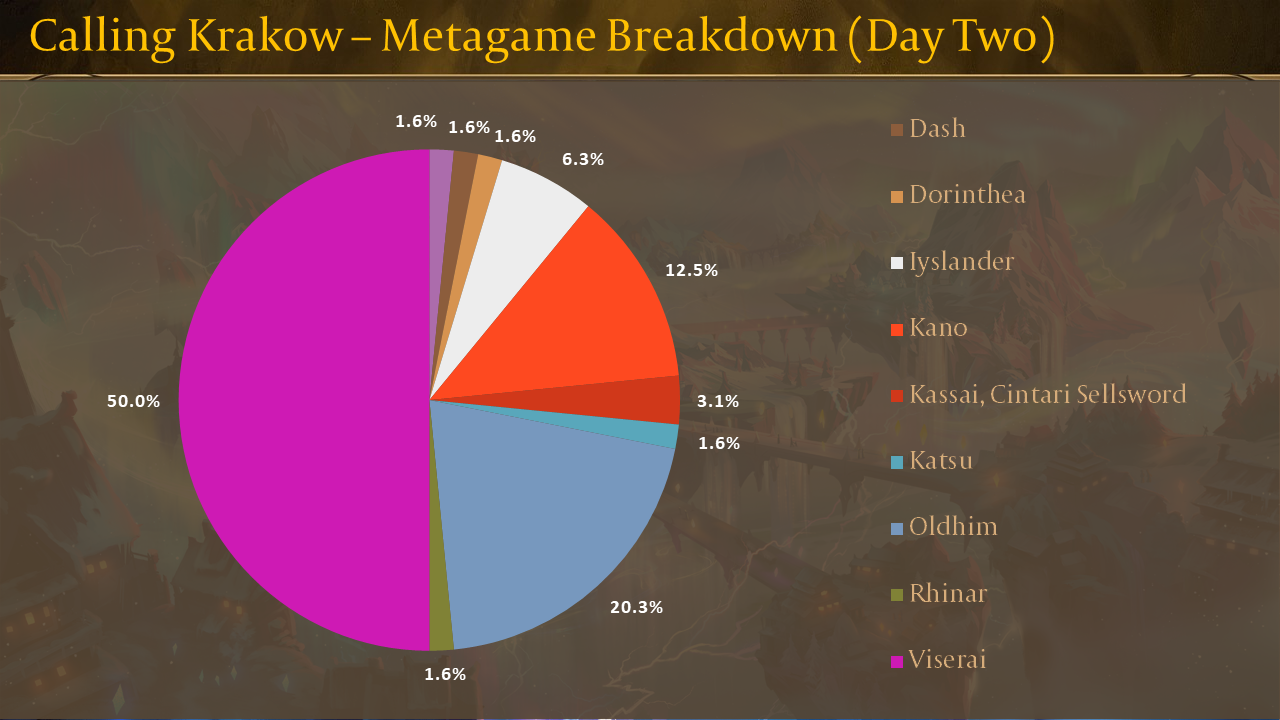 The day two cut saw Kassai almost completely drop out of the field, despite her large representation on day one; Iyslander, however, kept four players in the running, despite only having eight enter the Calling event, and one Iyslander player went on to make the Top 8. Kevin Zänker, a German player who has been playing in multiple Flesh and Blood events each week since his first in July 2021. Since then, he has competed in Armory, Skirmish, Pro Quest and Road to Nationals events, as well as the German National Championship, and currently stands at #2 on the XP leaderboard for Germany.

Fellow wizard Martin Hechtberger has been playing for over a year, and was the first player in Austria to reach 1,000 XP. He made the semi-finals of the Austrian National Championship with Briar, Warden of Thorns, and currently stands at the top of the XP leaderboard for Austria. Viserai player Florin-Cristian Loghin also made the Top 8 of Austrian Nationals with another Runeblade, Briar, Warden of Thorns.

Our sole Oldhim player in the Top 8, Sebastian Golla, previously made the Top 8 of the German National Championship with the Elemental Guardian, the only one in the quarterfinals.

Our other National Champion in the Top 8, Philip van Donselaar, began playing at the end of August, and is currently at the top of the Constructed ELO leaderboard for the Netherlands. 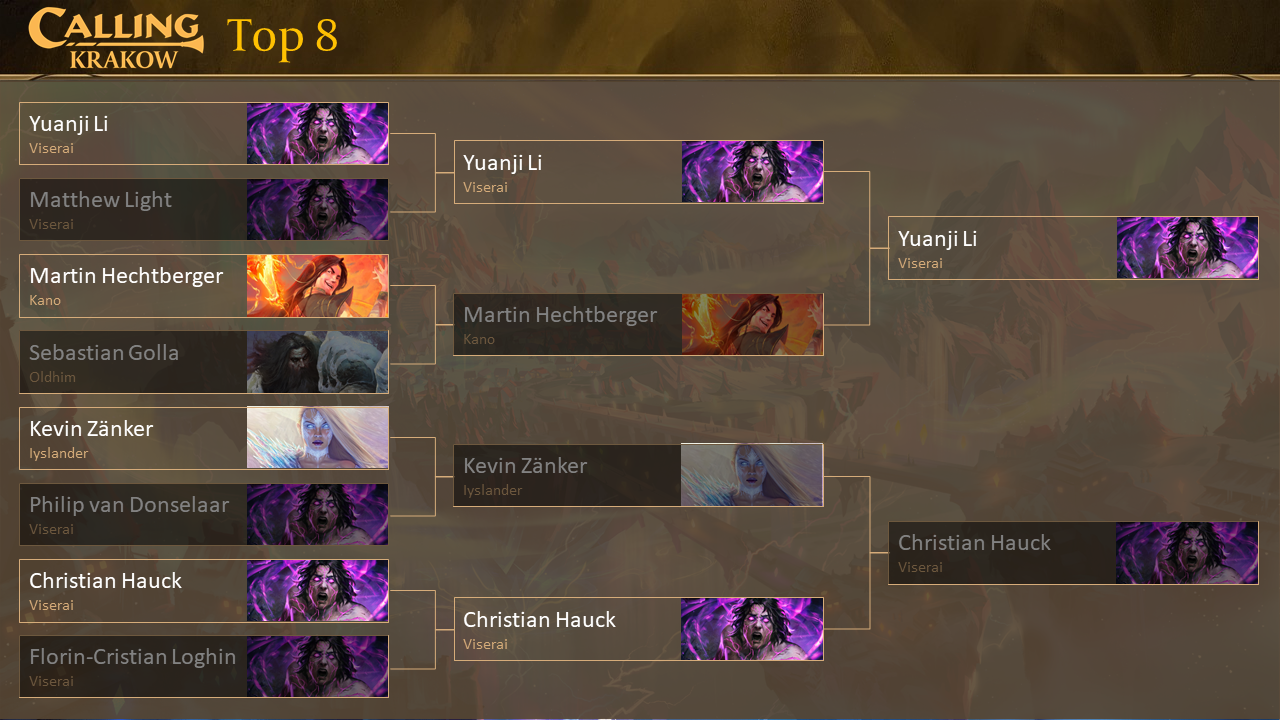 The sole Guardian of the Top 8 was knocked out in the quarterfinals, with the semifinals consisting of two different Runeblade vs. Wizard matches, showcasing the power of the arcane. American player Yuanji Li was matched against Martin Hechtberger's Kano, while German player Kevin Zänker found himself facing German National Champion Christian Hauck, with both Runeblades progressing to the finals.

While Christian Hauck previously won the National Championship with a Runeblade, the Viserai mirror match final saw Yuanji Li seize victory in his fifth Calling event - simultaneously making the Top 8 cut for the first time and becoming Champion of the Calling Krakow. 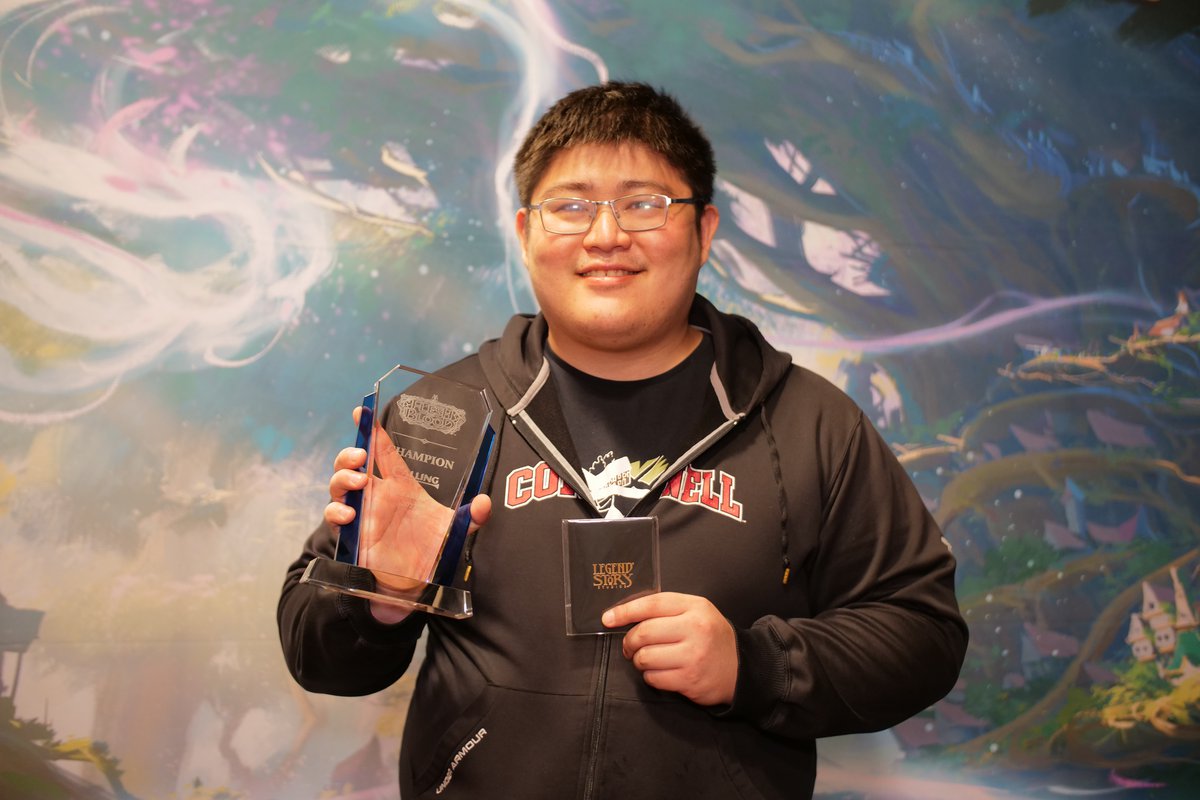 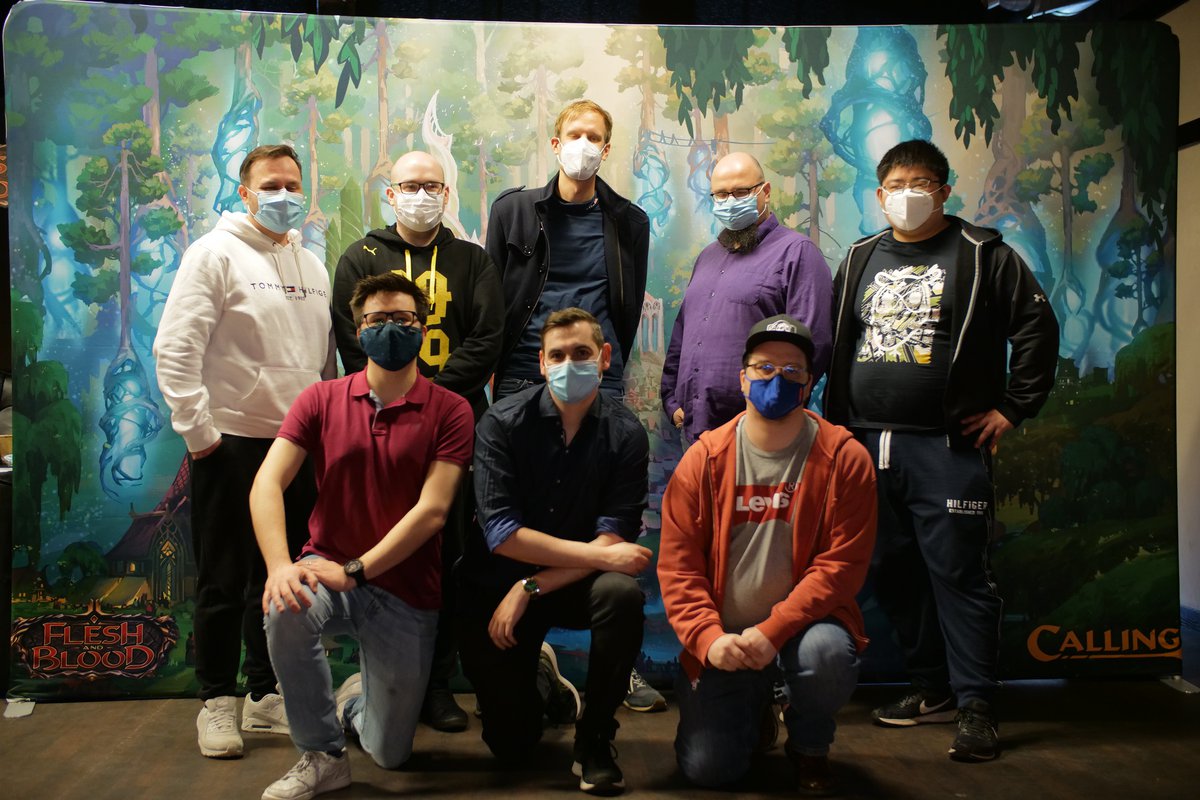 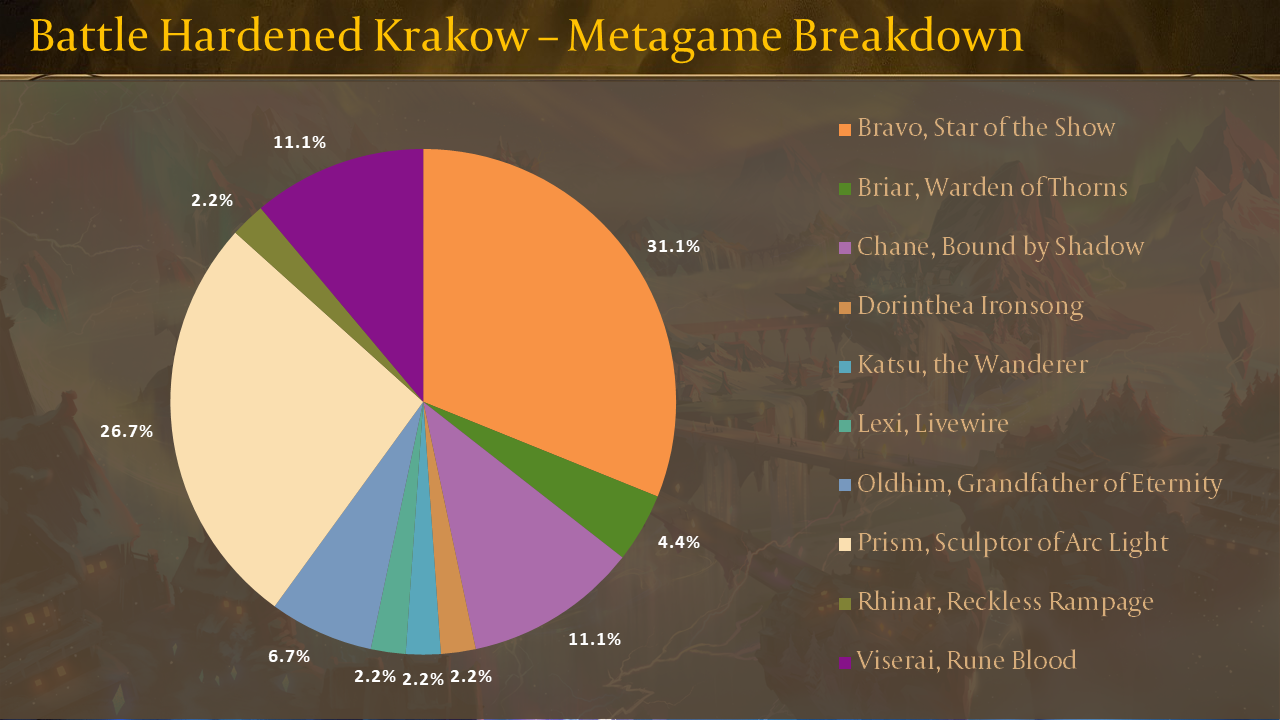 The field quickly closed in on the Top 8 finalists; Jamie Faulkner won the Skirmish event that ran at Battle Hardened Leeds, but didn't make the top cut for the main event the following day.

Przemyslaw Staniszewski from Poland, Christopher Estelberger from Austria, and Jose Alves from Portugal are all newer players to the game, with the Calling: Krakow the first major competitive tournament for all three players.

George Karampinis from Greece has been playing since October 2020, competing in every single season of Skirmish to date, alongside ProQuest events earlier this year. Thomas Harle from the UK previously competed in the Calling: Indianapolis, making the Day Two cut.

Robbert Valkeneers competed in the Belgian National Championship in 2021, playing regular Armory events in the lead-up to the Calling: Krakow. Maciej Janik made the Top 24 at the Polish National Championship but came just shy of the Top 8 cut, ramping up his competitive play over the course of the ProQuest season.

The final match of this Battle Hardened event came to a Bravo mirror match between Przemyslaw Staniszewski and Maciej Janik, with both players earning themselves a PTI. Maciej's Bravo took centre stage by winning the final and claiming victory for the tournament. 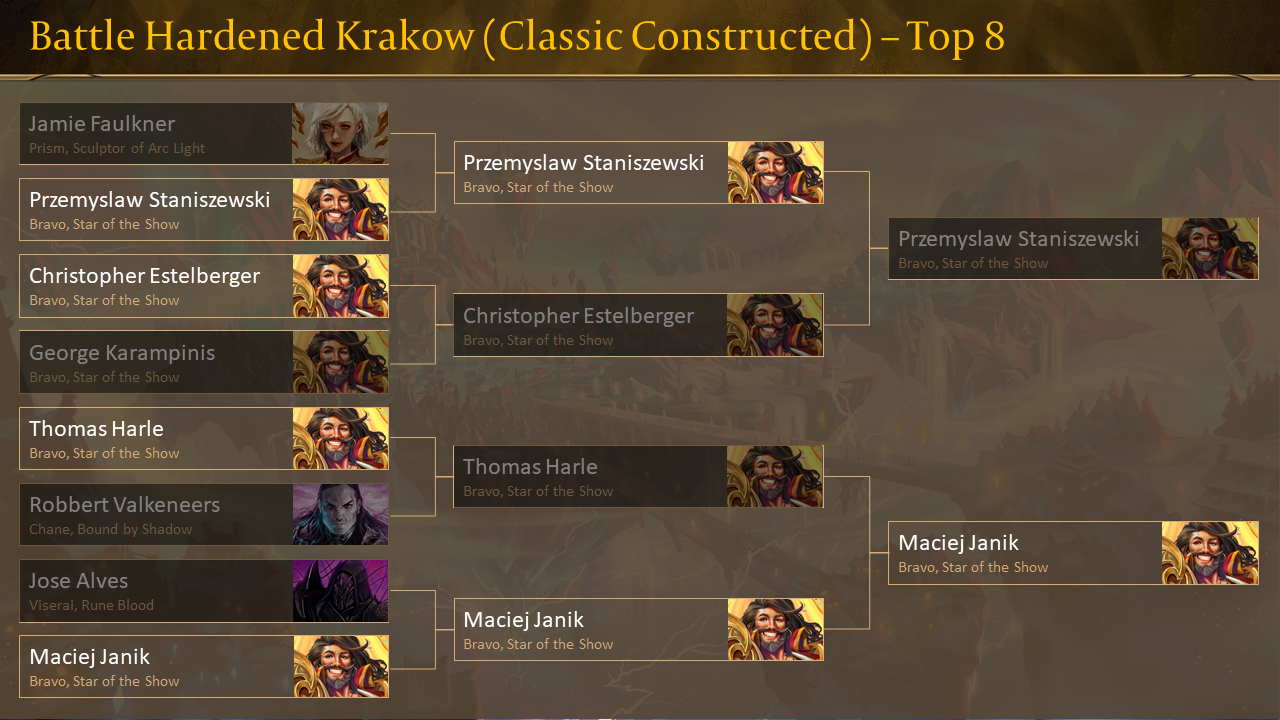 The final match of this event featured Michal Michalowski playing Dorinthea vs. Sebastian Grøndal playing Katsu, both earning a PTI alongside their cash prize and the opportunity to draft Alpha product. Michal competed in the Pro Quest side event at the Polish National Championship, with this Battle Hardened marking his third major competitive event alongside the Calling Krakow; Sebastian competed in the Danish National Championship and runs events for Next Level Games.

In his player profile, Sebastian Grøndal stated that his favourite Flesh and Blood set to date was Welcome to Rathe, and he hoped the next set would be set "anywhere with Ninjas", appropriately winning the event with Welcome to Rathe's original Ninja, Katsu.