The Battle Hardened series landed in Pittsburgh over the weekend, and among the 72 players gathered for the event, a number of Flesh and Blood's established and up-and-coming players were ready to join the action.

Ethan van Sant was the sole Levia player in the Battle Hardened event; he was joined by a lone Ser Boltyn, represented by Louis Solymos, a lone Briar, represented by Austin Keith, and one lone Bravo, Showstopper, played by Bryce Johnson. There were also two Dorinthea players, two Lexi players, and three players each for Dash and Kano. The only heroes unrepresented on the field were Azalea and Oldhim - the latter a surprise, considering that Bravo, Showstopper was in attendance!

(Please note that there are only 70 players represented in the metagame data shown in the graph below - the two remaining players did not have hero data reported.) 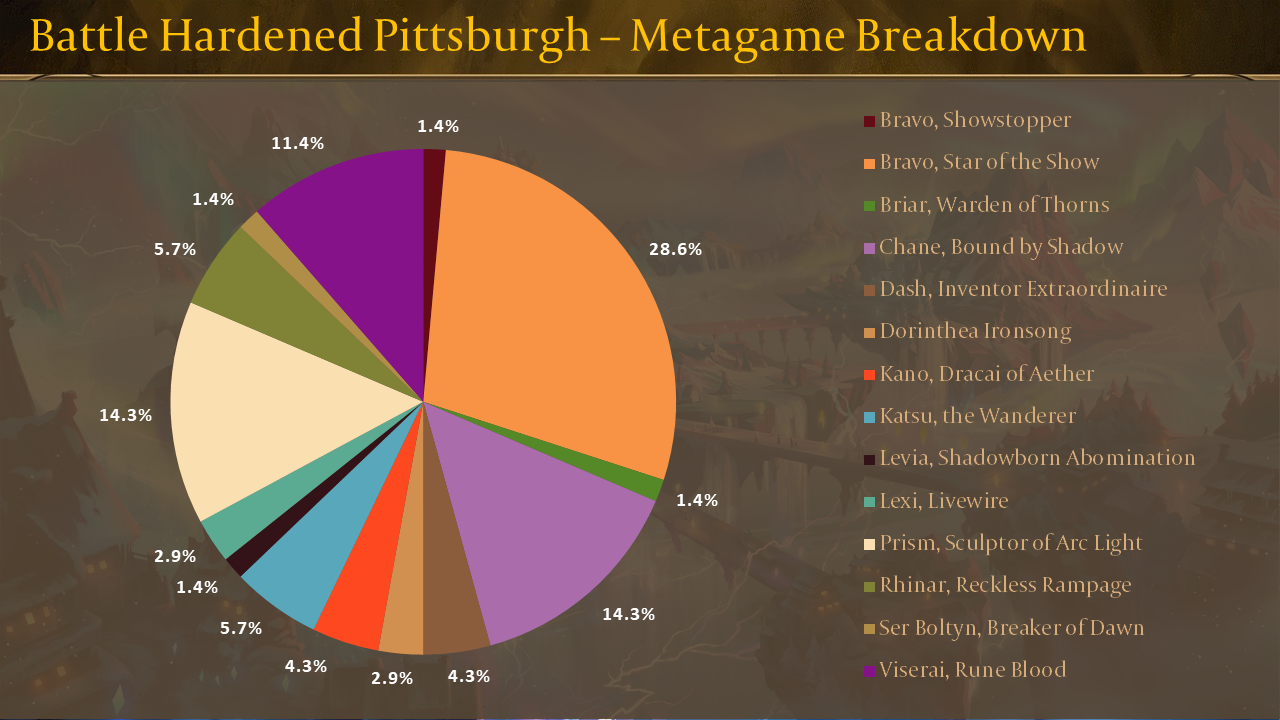 This was the last major tournament to feature the 'old' meta, as the changes from the last Banned & Suspended announcement didn't come into effect until May 2nd. With cards like Awakening and Autumn's Touch still on the table for competitive players at this event, a large number of players capitalized on the final chance to farewell this iteration of Bravo, Star of the Show.

Calling: Krakow winner Yuanji Li is one of two players in the Top 8 to break the Starvo streak, bringing Viserai, Rune Blood into the matchups. While Viserai recently reached the Living Legend threshold in Blitz, he is still a viable hero in Classic Constructed, albeit impacted by the suspension of Bloodsheath Skeleta. Yuanji competed at Calling events in Las Vegas, Dallas Fort-Worth, and Indianapolis, plus his win at the Calling: Krakow; he has also previously competed at the Battle Hardened Philadelphia.

In a reverse of what we've seen with the Classic Constructed meta so far this year, Chane was a larger presence than Viserai, with 10 and 8 players respectively, and both saw a player in the Top 8. Despite taking up an equal space in the metagame, Prism failed to see any of her players make it past the Top 8 cut.

An honorable mention goes to Levia, who - with only one player in the event - came just shy of making the Top 8 cut with devoted follower Ethan van Sant. Ethan lost the final Swiss match to Charles Dunn, who entered 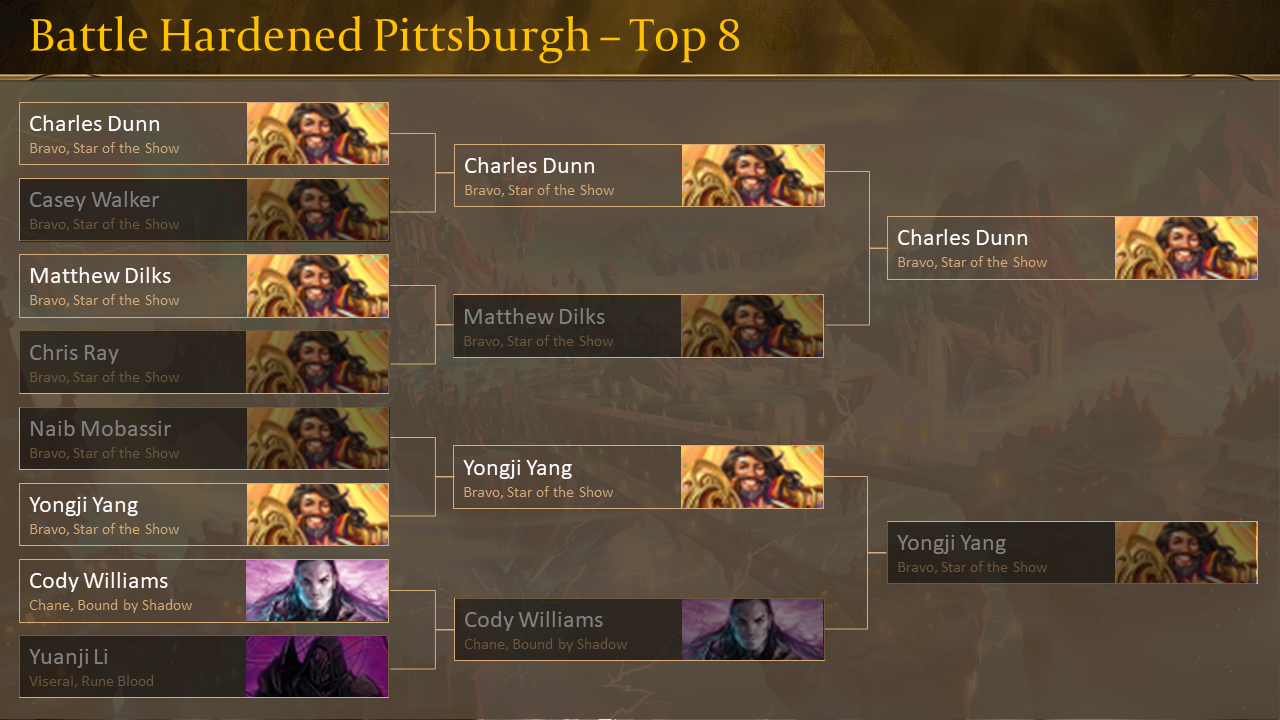 Charles Dunn followed up on his Battle Hardened: Philadelphia victory, making Flesh and Blood history, and securing another PTI for himself ahead of the Pro Tour events.

Congratulations to Charles and all our Top 8 finalists! 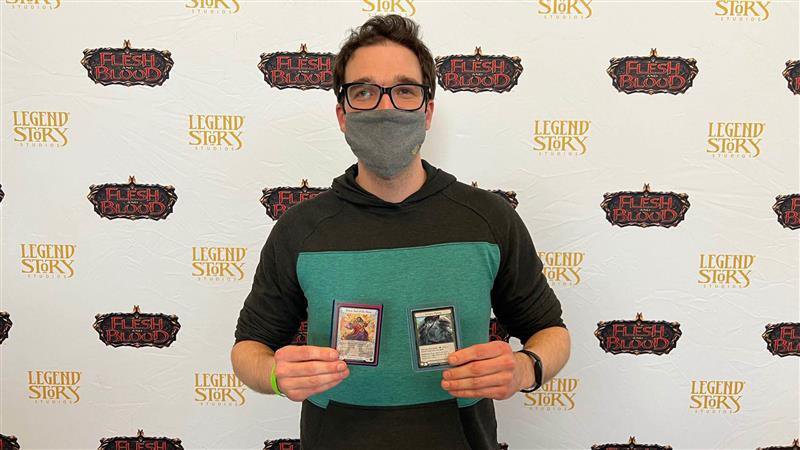