The Battle Hardened series touched town in Denver, Colorado last weekend, hosted by Advantage Games, with 115 players at the last event of its type before this weekend's Flesh and Blood World Championship!

Check out all the Classic Constructed action at the Decks and Draughts stream!

Fai and Iyslander have been leading most Classic Constructed metagame shares of late, but in Denver, it was Oldhim who brought the most players to the fight at 18, followed by Iyslander and Fai at 17 and 13. Dromai players have been amassing in numbers recently too, this time we saw 12 players bring the Ash Artist to the arena. Dash, Viserai, Dorinthea, Bravo, Briar and Lexi were in the middle of the pack, representing between 6 and 10 pilots each, while Katsu, Levia, Kano and a lone Azalea, Ace in the Hole- despite her incredible Top 8 finish at Battle Hardened Columbus last weekend, were the least represented heroes. 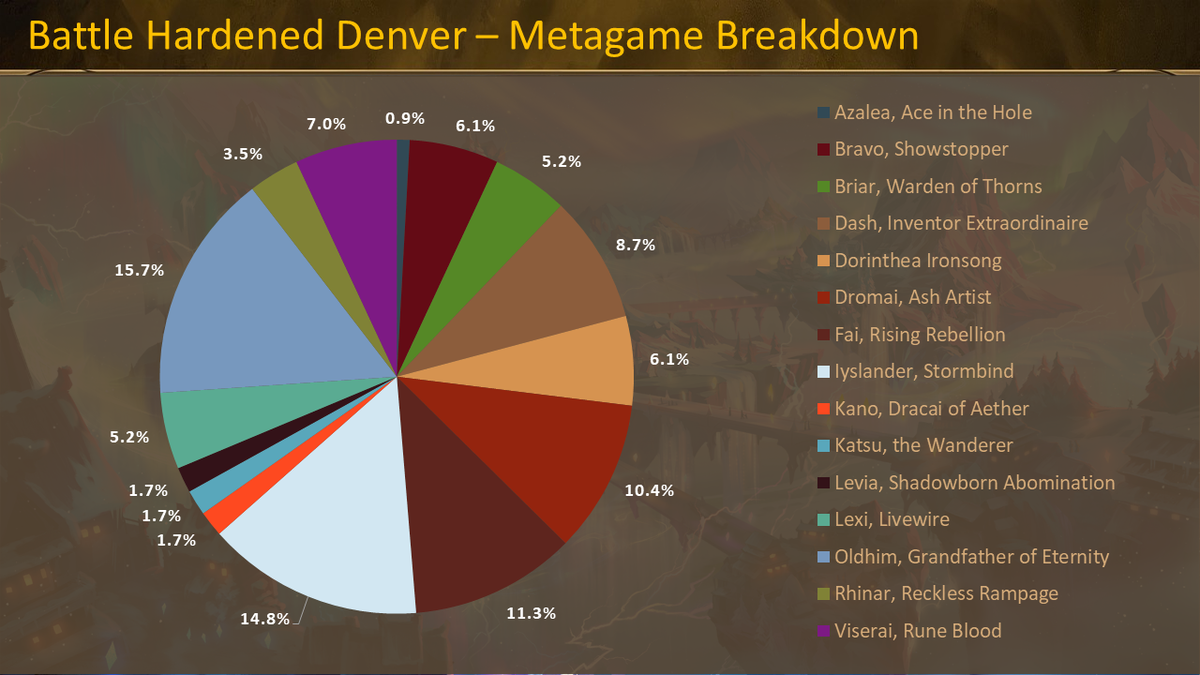 Oldhim, Grandfather of Eternity was both the most played hero at the event as well as most represented in the Top 8. Three players put the Elemental Guardian into the top cut including Battle Hardened New Jersey semifinalist Easton Douglas, Calling Charlotte Top 8 finisher (with said hero) Chris Brummett and Calling Orlando finalist, Joel Repta.

We saw two copies of Dromai, Ash Artist in the top cut this week. Dromai's popularity, momentum and ability to be understood increases as time passes and the Draconic Illusionist seems to be faring fairly well in an environment with a lot of Elemental Guardians. Michael Lau is no stranger to Illusionists, having put up some great finishes with Prism in the past and Ed Bracamontes was ready to burn them all as well, with the dramatically popular Draconic Illusionist.

Gavin Rapp, a Kano, Dracai of Aether enthusiast for quite some time now, was also in the business of burning things down as he, one of the two original Wizards in the field, showed the world that the Dracai of Aether still has what it takes to top, and was looking for a red hot run to the Battle Hardened Denver title!

The single copy of Iyslander, Stormbind in the Top 8 was wielded by the menacing Majiin Bae, who just so happens to be playing said Elemental Wizard in the grand finals of the first ever Goliath Gauntlet Invitational tomorrow night!

Team Dragon Shield's Isaak Krut of Canada put the only copy of Fai, Rising Rebellion into the Top 8. With a long list of accolades including, but not limited to; Top 4 Pro Tour New Jersey finisher, Battle Hardened Syracuse winner, Calling Charlotte finalist, Top 8 Canada Nationals 2021 and Top 8 Battle Hardened Toronto finisher, and a favorite hero with the name of Oldhim, if any Ninja was able to get through Denver's wall of Guardians, it was the "Silent Assassin", Isaak. 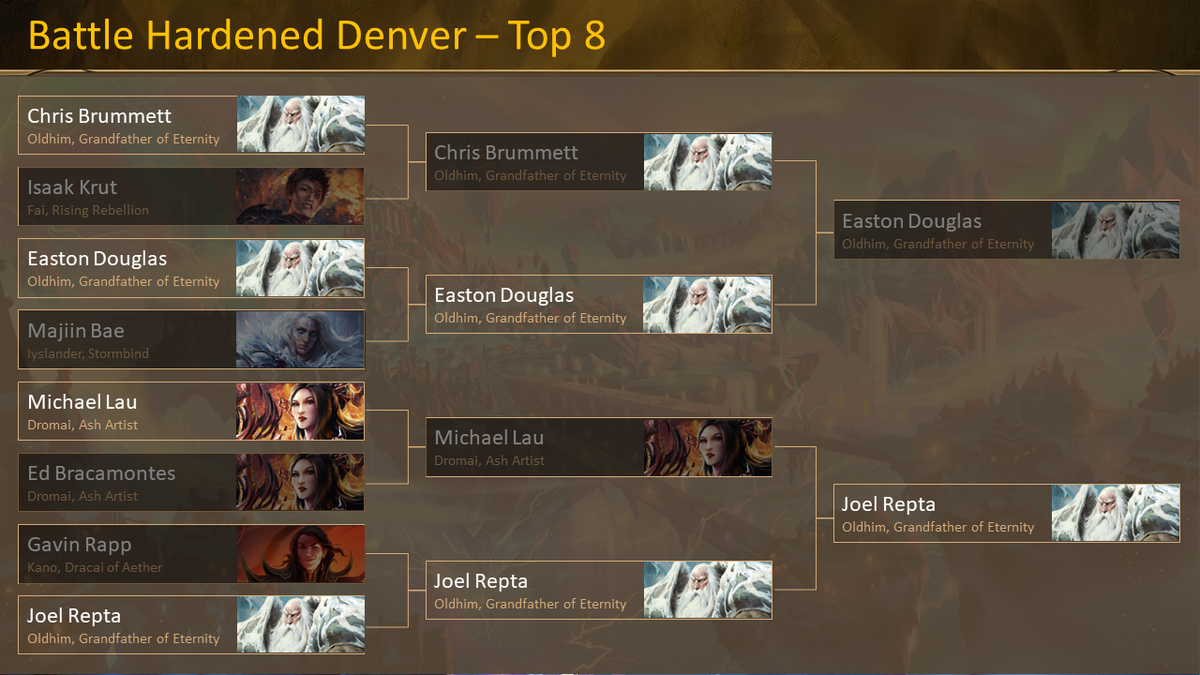 An incredibly intricate Oldhim mirror match took place in the finals of Battle Hardened Denver. Easton Douglas had defeated Majiin Bae's Iyslander in the quarters and Chris Brummett's Oldhim in the semi finals, seeing some icy Aria allusions along the journey to the upcoming final, whereas Joel Repta went on a tour of Volcor, defeating Gavin Rapp's Kano in the quarter final match and then Michael Lau's Dromai in the semis. 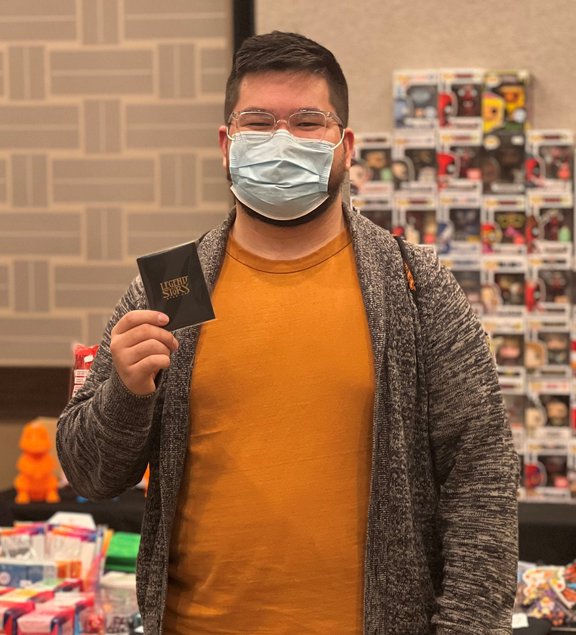