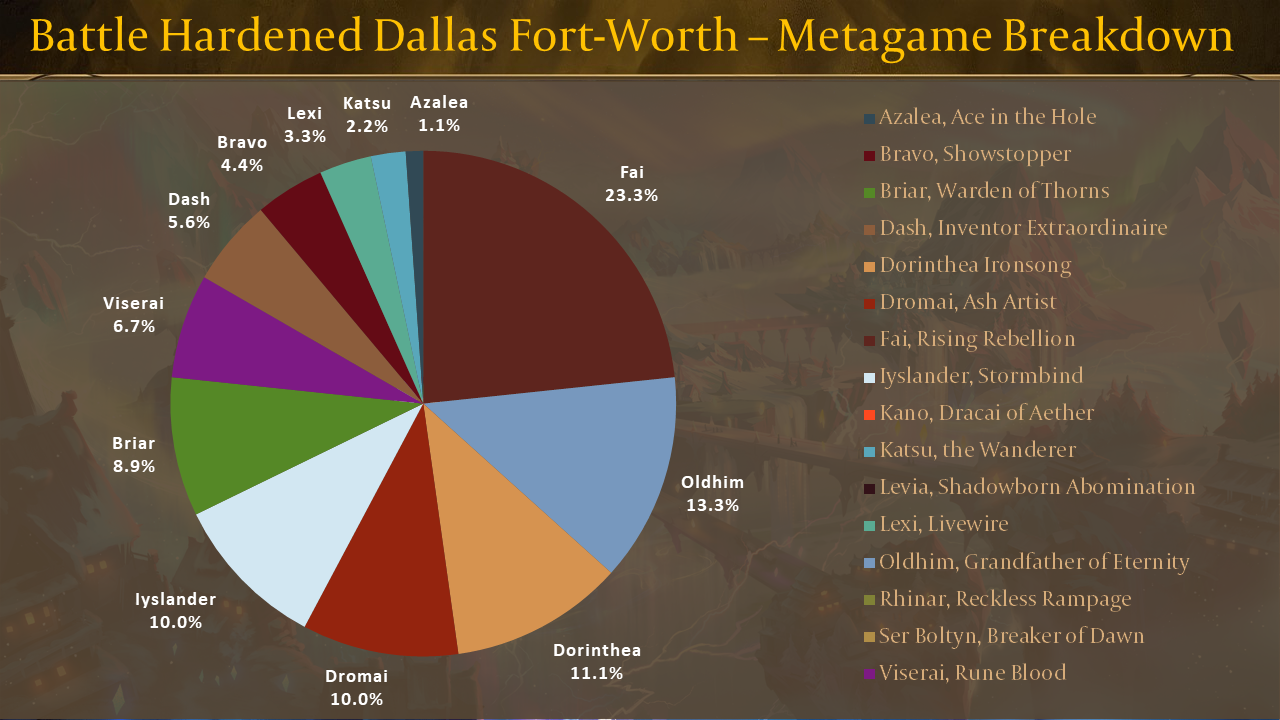 Over a quarter of all players on the field brought the heat with Fai, Rising Rebellion, with Oldhim, Dorinthea, Dromai and Iyslander following behind. Both Runeblades occupied a smaller portion of the metagame, while several Mechanologists and Rangers came to fight for the title of Champion.

Finally, we have Peter Buddensiek, who competed at both Pro Tours; both US National Championships; the Calling events in Charlotte, Indianapolis, Cincinnati, Dallas Fort-Worth, and Las Vegas; and Battle Hardened: New Jersey. This is the first time he's made it into the Top 8 of a premier-level event, previously winning Road to Nationals events with Lexi and Katsu. 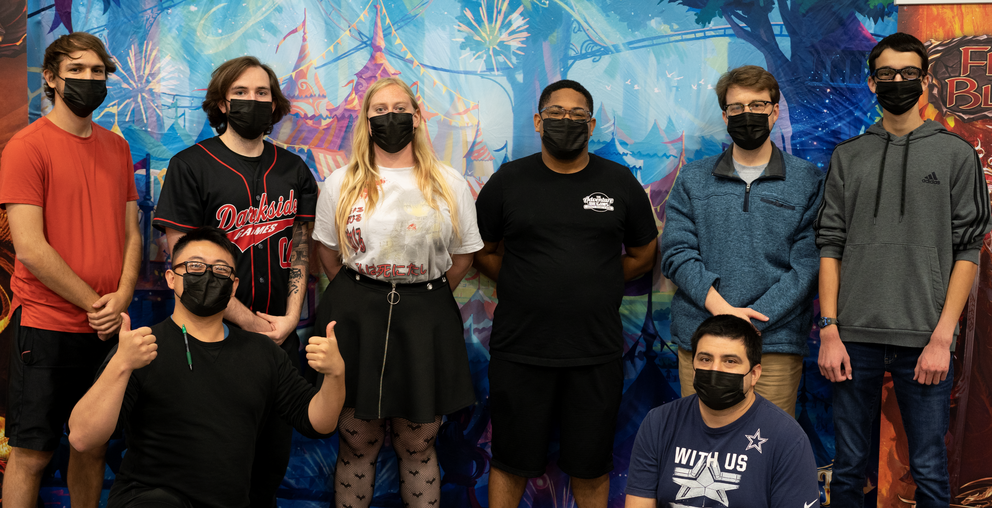 Congratulations to Peter Buddensiek, who defeated Donald Torres in the final to claim the title of Battle Hardened: Dallas Fort-Worth Champion! 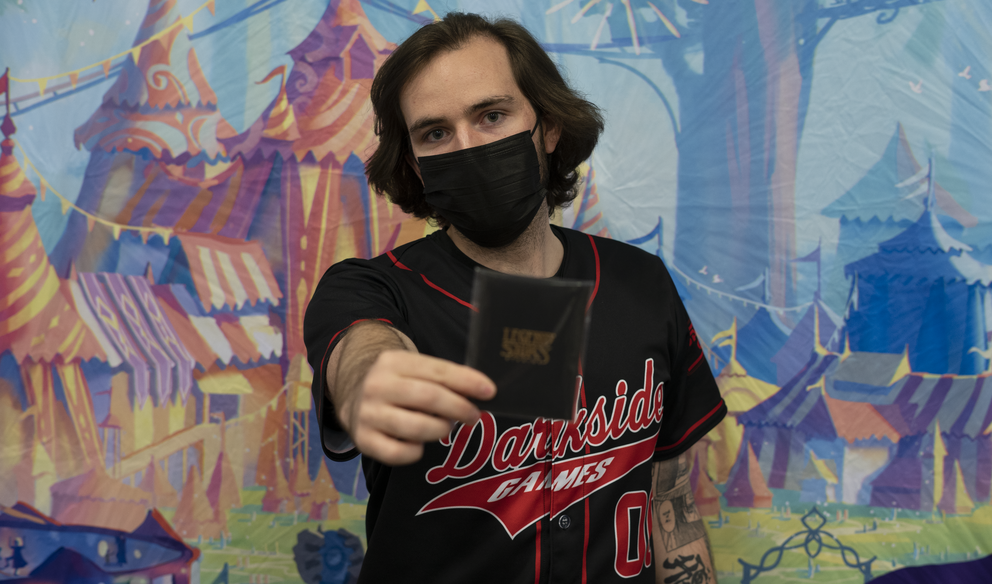