With Skirmish season 3 running from November 13 through to December 5, we thought it would be the perfect time to address a few frequently discussed rules interactions from Tales of Aria (and beyond)! The differences between a "hit" and "dealt damage", understanding replacement and prevention effects and discussion of an "intervening if" are some of the most electrifying topics right now when it comes to commonly discussed rules queries and confusions. Today Legend Story Studios’ Rules and Policy Manager, Joshua Scott is here to provide definitive answers to some of these most frequently asked questions in the land of Aria!

Please note that some questions in this Rules Reprise article might be outdated.
Always check the Comprehensive Rules, and Tournament Rules and Policy, for the most up-to-date rulings. 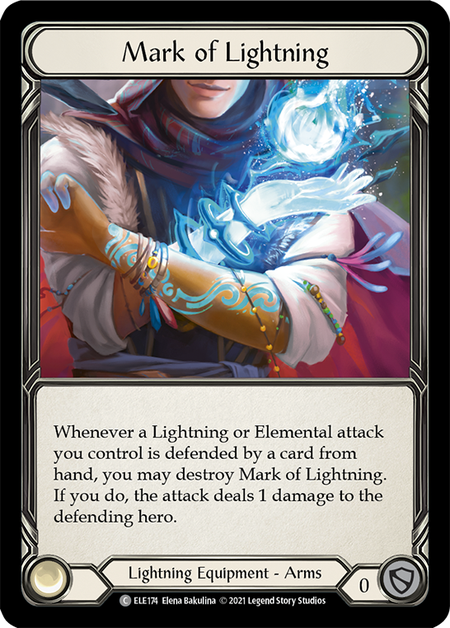 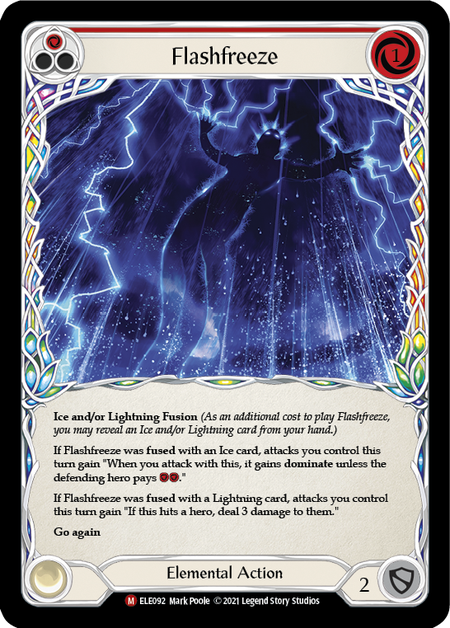 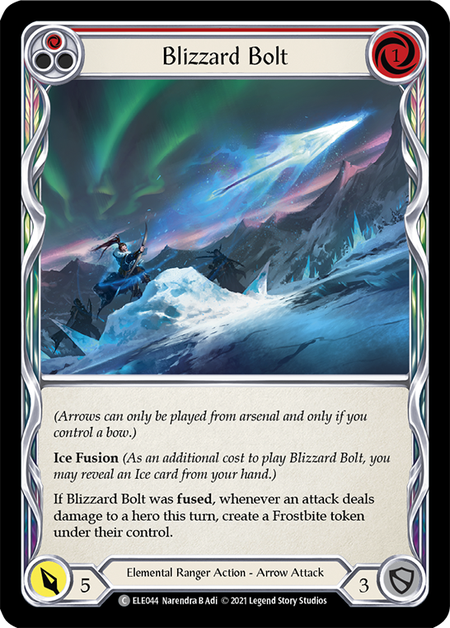 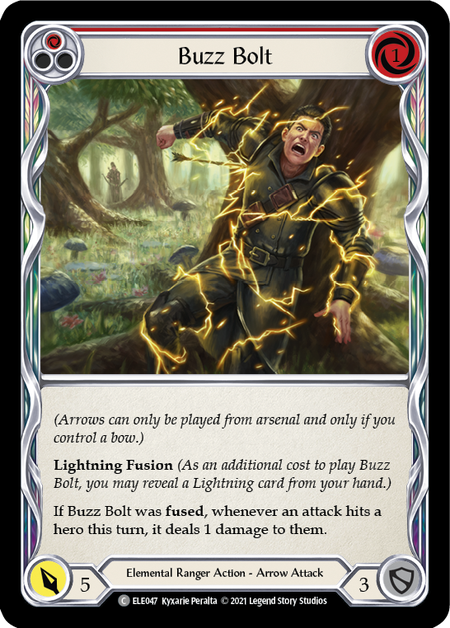 What is the difference between an attack dealing damage and an attack hitting? (e.g. Buzz Bolt)

The most important point to remember when answering this question is that:

An attack only hits when it deals damage during the damage step of combat.

Any other damage that an attack deals otherwise is not considered a hit.

If it helps, you can think of it thematically like this. Buzz Bolt enchants your attacks with electricity. When you fire off an arrow, the arrow itself physically pierces and hurts the hero (dealing damage), and enchantment of the arrow will electrocute and also hurt the hero (dealing damage). Only the former, the physical arrow connecting with the hero, counts as the attack hitting; any other damage that the attack deals, including arcane and non-arcane damage (such as the electricity effect from Buzz Bolt), does not count as a hit for the purposes of triggered abilities, and other effects.

Some of these damage effects such as those on Buzz Bolt, Shock Charmers, Mark of Lightning, Shock Striker and arcane damage effects on Bramble Spark and Sting of Sorcery, deal damage with the source of the damage coming from the attack action card. This is relevant to consider for triggered abilities and replacement effects that reference an attack action card dealing damage. 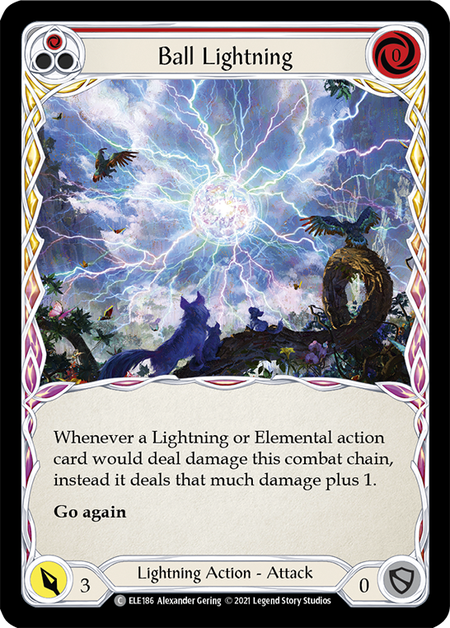 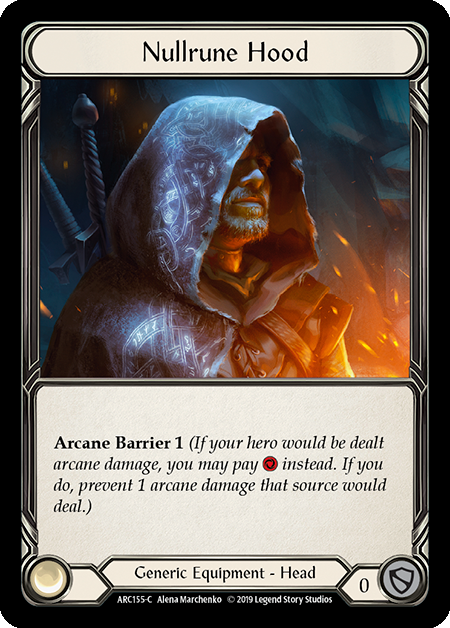 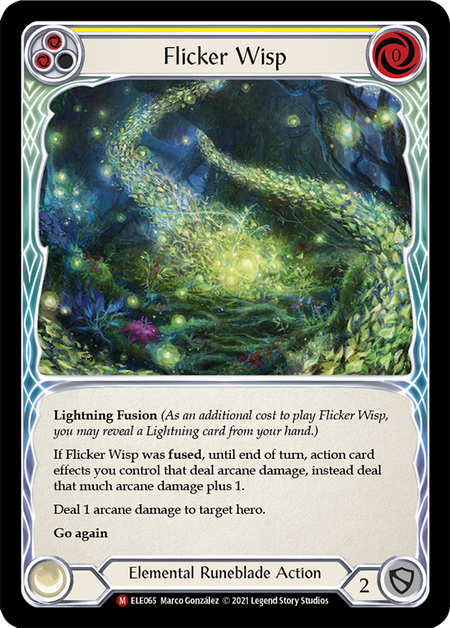 How do replacement and prevention effects work? (e.g. Ball Lightning)

To explain replacement (and prevention) effects, there are a few key points we need to remember.

With that in mind, we can explore the interactions between replacement effects using new cards in the set.

Things can get rather complicated when there are both replacement effects that increase damage, and prevention effects that reduce damage. Typically, the turn player is the one dealing damage, so as a general rule of thumb you would apply the damage increase first to ensure the maximum damage is dealt.

Perry controls two equipment with Arcane Barrier 1. Tyler plays Flicker Wisp, fusing a Lightning card. Flicker Wisp resolves and will deal 1 arcane damage, and Tyler (as the turn player) decides that their replacement effects will apply first, followed by Perry’s. Flicker Wisp’s replacement effect increases the damage to 2 arcane damage. Perry now has the choice of reducing the damage with their arcane barrier, and can prevent 0, 1, or 2 damage by paying for neither, one, or both of their Arcane Barrier 1 effects respectively.

However, there are some cases where the opposite may apply. That is, where the turn player decides that the reduction will apply before the increase. Here is a real-world example.

Tyler controls one equipment with Arcane Barrier 1, and Perry controls Spellbound Creepers. Tyler attacks Perry, and Perry defends with an attack action card. Perry activates and resolves Spellbound Creepers, then plays Flicker Wisp, fusing a Lightning card. Flicker Wisp resolves and will deal 1 arcane damage, and Tyler (as the turn player) decides that their replacement effects will apply first, followed by Perry’s. Tyler activates their Arcane Barrier 1 first, paying 1 resource and reducing the damage down to 0 arcane damage. Perry’s Flicker Wisp replacement effect no longer applies because there would be no arcane damage being dealt, therefore it does not modify the damage event. In conclusion, applying the prevention first has negated the Flicker Wisp’s condition from being met, so it no longer applies.

Finally, there is a distinction between some similar replacement effects in how they work. Specifically, Crucible of Aetherweave (among similar cards) do not replace a damage event, but replace the effect of a card when it is played. This is because the replacement effect specifically states “the next card you play with an effect that deals arcane damage”, referencing the card played as the event for replacement, as opposed to “the next time you deal arcane damage” would reference a damage event. This is critical to fully understanding replacement effects because it allows cards that would normally deal 0 damage to deal more. For example: 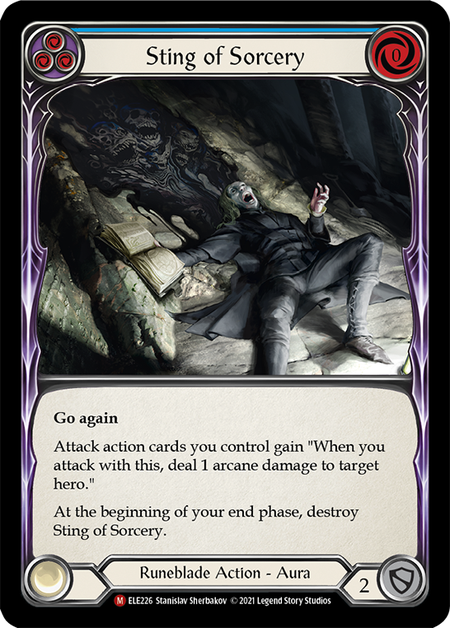 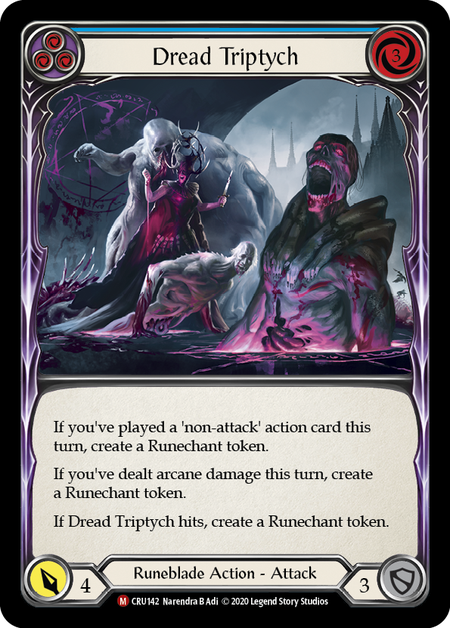 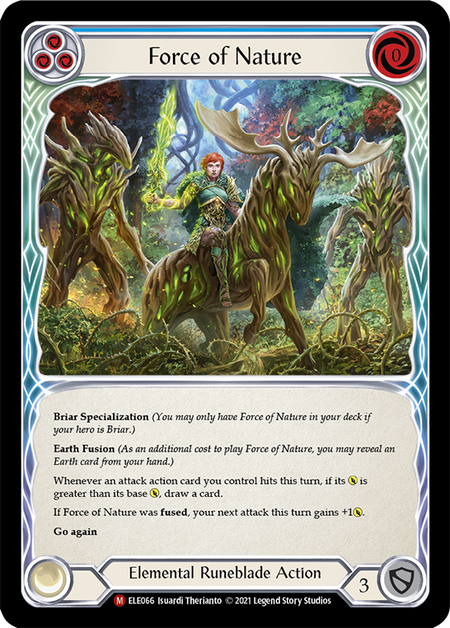 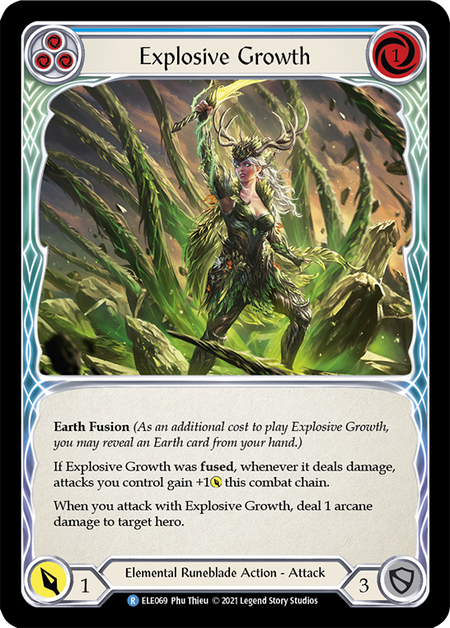 Does Flesh and Blood have an intervening “if” for triggered abilities? (e.g. Force of Nature, Explosive Growth)

As a side note, we are constantly striving to better the game and the wording used to describe effects within it. As such, we are transitioning from the use of the word “if” to “when/whenever/at” to indicate triggered abilities for future printings of cards, in order to distinctly separate them from conditional effects that also use “if”. In addition, one-off effects on attacks have been errata’d to be “when you attack” triggered abilities as noted in the comprehensive rules.

In general, if a triggered ability (that starts with “when/whenever/at [trigger condition]”) is followed by the phrase “if [condition] [effect]”, the ability still triggers when the “trigger condition” is met. However, when the triggered layer is resolving, the “if condition” must be met for the effect to successfully resolve. A good example of this kind of syntax would be effects printed on Dread Triptych, Rosetta Thorn, and Force of Nature.

Tyler plays Sting of Sorcery then attacks Perry with Dread Triptych. Three abilities trigger based on the attack event of Dread Triptych and Tyler choose to resolve in the following order:

Trigger 1 resolves first, and Perry does not prevent any damage. When trigger 2 resolves, the condition “if you've dealt arcane damage this turn” is now true because Perry took arcane damage from the Sting of Sorcery triggered ability; therefore Tyler will create a Runechant token. Trigger 3 also resolves generating a second Runechant token.

Hopefully these questions and answers equip you with all you need for your upcoming battles, whether they be Skirmish season 3, The Calling, or anything in between! We'll be back next week with more quick questions (and answers) from Josh.