Their lives first began as orphan foundlings, struggling to survive beyond the Golden Fields. Minerva and her twin brother were rescued by a travelling knight and brought into Solana at a very young age, and given sanctuary within the city’s walls. From there, it took little time for the twins to be selected for the Gemini, where the skills they’d learned on the streets could best be utilised.

Together, Minerva and Mercurius made an almost unstoppable team, as they travelled beyond Solana’s walls to gather information in the lands beyond. From the volatile, arid landscape of Volcor to the towering, copper skylines of Metrix, the pair worked side by side, bringing their invaluable insights into potential threats to their city. But on one dark night, as they crept between underground taverns, they inadvertently stumbled into an ambush. Between her experience, her skill and sheer luck, Minerva managed to escape with her life, but only after she’d seen her brother cut down in the brief battle.

Bitter and jaded, Minerva returned to the Gemini and threw herself into her work. No one knows what she sought beyond the walls, but in time, she finally returned to the city she called home, where she decided to open an inn. Working behind the counter of her new establishment, Minerva could greet the visitors who had passed through Solana’s gates and listen to their conversations, thus monitoring their activities within the city.

As the owner of the Golden Chariot, Minerva now has a new reason for being, and the opportunity to meet many travellers and citizens of Solana. To some, she is a friendly face in an unfamiliar city; to others, she is a mentor, offering comfort and words of wisdom. In this, Minerva has found a way to be at peace with her past, and the loved ones whom she has lost.

While Mercurius is no longer with her, there are others that she can help: a young knight with a heart of gold, determined to defend her people; a former nobleman turned warrior, searching for a higher calling; a fellow Gemini, working as a diplomat, ever graceful in her quest to seek out the truth; a bright and curious scholar, weaving stories in the light of dawn. Minerva is a friend to all, determined to bring peace to those who pass through her tavern, and be a shoulder to lean on in their darkest hour. 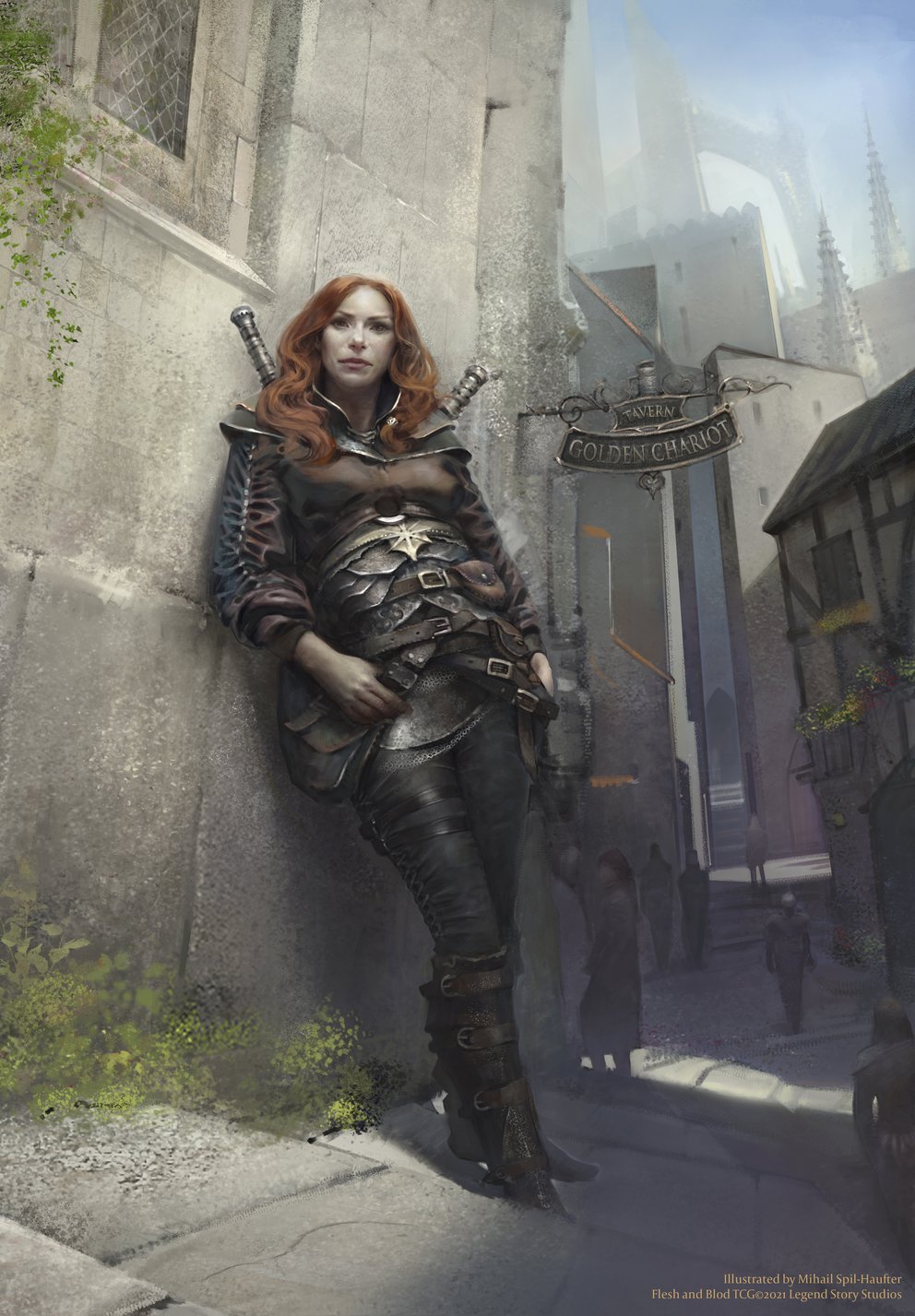