Luke Fletcher on Dorinthea and the Competitive Spirit

A semi-finalist of The Calling $10k Auckland 2020, Luke Fletcher hails from Victoria, Australia, and has long occupied the #2 spot on our lifetime XP leaderboard. He quickly made a name for himself in the recent Skirmish season with his Dorinthea deck, cutting down the competition with the light of the Dawnblade. We sat down with him recently via call to discuss his origins in the world of Flesh and Blood.

Luke got an early start in trading card games, playing his first TCG at just eleven years old. He and his brothers would often play together. “[It was at] a very casual level, just with my brothers, but that's what started the whole TCG journey for me. So we’d played very, very casually, like very little access to cards, but- just fun games between us, which started the whole passion for TCG’s.” 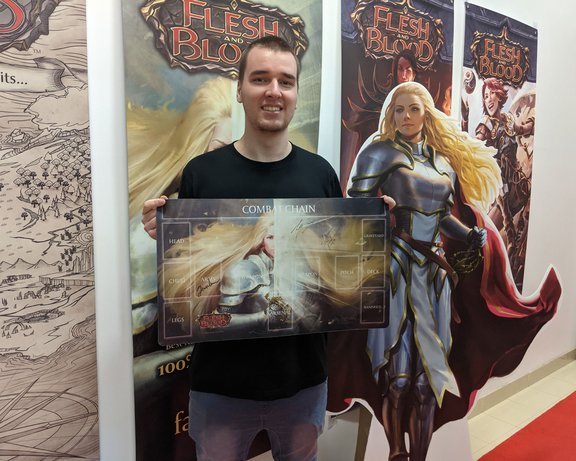 At the time, he’d been playing competitively for a different game, but a Facebook post from a friend was what caught Luke’s attention.

“The very first thing that made me start Flesh and Blood was- I saw a Facebook post from a friend, and I saw the post advertising the $10,000 prize pool… I was playing competitively at this point, travelling around Australia, playing for the prize pool, and the competitiveness. I loved both aspects. So when I saw there was a $10,000 tournament at the start it immediately got my full attention.

“I tried immediately to buy some [packs], but the game wasn’t out yet, so we played the Ira deck for a few weeks… When the game came out—I think it was the first or second day of playing it? I pretty much just [went all in], and was completely into Flesh and Blood… Between us, my play group cracked- I think about a hundred boxes when we first got into the game.”

So, what about his brothers?

“My older brother has always seen me and my younger brother playing TCG’s, but he’s never wanted to take the step… but for Flesh and Blood, he’s jumped in, and now he’s also playing and travelling with me… So it also captured his interest, which the other three to four games I've played he didn't really have any interest in. My younger brother, he doesn't play tournaments that much, but he knows how to play the game and he enjoys it…” 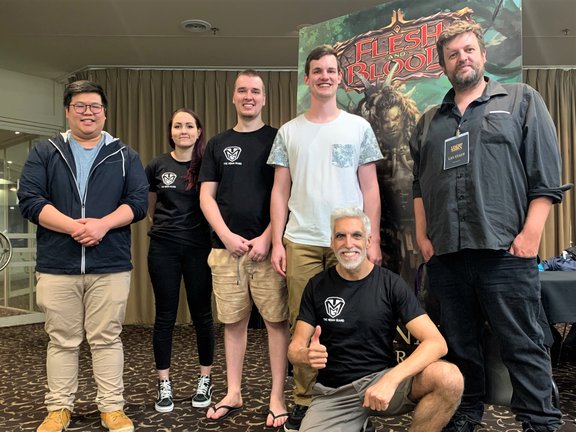 “My partner, Laura… also enjoys the game- she works but when she can play, she will come to any event that she can get time off for. She’s a Bravo main… she’s very supportive of me as a TCG player, which is great, and she helps me-like she plays Guardian, and we’ll tech her deck to try and beat mine.”

Luke has been a known Dorinthea player from the very beginning, sticking with the Ironsong name through multiple set releases. What is it about her that drew him to the hero?

“In old card games I’ve played, I like interaction. I like being able to outplay my opponent, and read my opponent, and I feel like Dorinthea at the moment, is the most kitted hero for that, especially considering the Welcome to Rathe meta. At the time, Dorinthea was very heavy into reprise reactions, playing around your opponent—if they had the defense reaction, can you bait them into over-blocking, into under-blocking... things like that. I just love the interaction and the mind games with my opponents... one of my favorite cards from Welcome to Rathe was Steelblade Shunt, so the fact I could kill my opponent during their turn was just such an upside of the hero to me.

“We figured it out- I went through every single event on my FAB profile, I can go through all my previous events? So I went through them all, and I figured out that I had played Dorinthea for every single game except one- and the only reason I know that is because my first ever game of Flesh and Blood, I drafted Brute before I knew the game at all, and soon as I looked through all my previous tournaments I remember playing brute on that tournament. But other than that, for every Blitz, Constructed, Sealed and Draft, I played Dorinthea up to 1,000 XP.”

And Luke really has been around from the beginning, creating his player account before the release of Welcome to Rathe. He amassed almost the entire thousand XP solely from in-person Armory and Skirmish events.

“I play at every tournament I can get to in Australia, pretty much, and each store has quite a different meta. I’ve noticed that Dorinthea wasn’t very popular in Australia- well, Victoria, specifically. For over a year, I was pretty much the only person playing Dorinthea in my events. 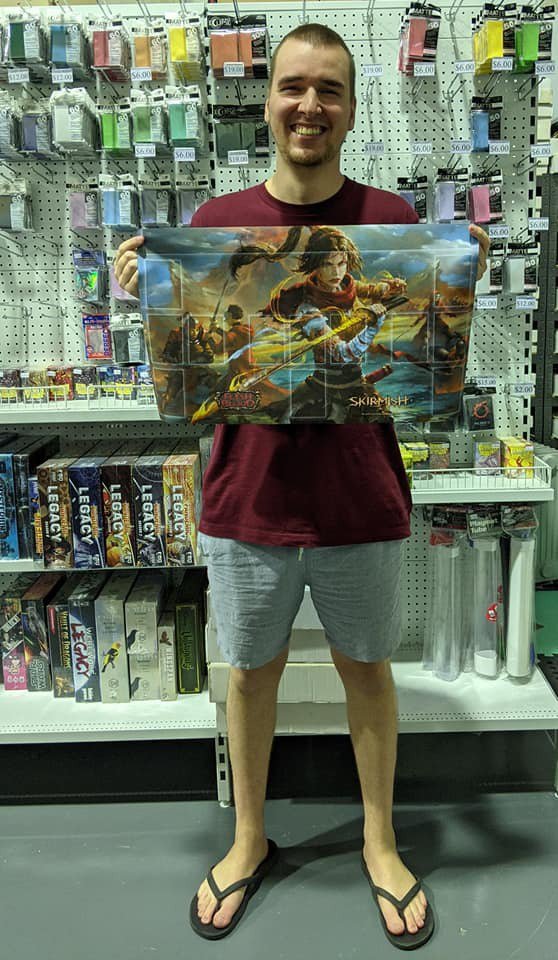 “We [also] travelled a lot for Skirmish events - we’ve gone to Sydney, Tasmania, Adelaide - so different states, and the meta has been different at every store. The different states that we’ve gone to, there’s been something new at every event. It’s really refreshing, as well, to see that it’s not just the same decks over and over.”

We also asked Luke, who came over for The Calling in Auckland early last year, what he thought about the difference between Australian and New Zealand FAB players.

“I do think there are a few Aussie’s who can give them a run for their money, but overall, I do think that the Kiwi’s are a little bit ahead at the moment, but they’ve had a lot more major events, more time to grind and get those big tournaments in, where the results really matter. So that is a slight advantage for them, but overall, their player base is very skilled, from who I’ve versed and what I’ve seen, they are a very skilled lot.”

Considering the number of events that Luke has under his belt, and his established love for competitive events, what are his future plans for Flesh and Blood?

“For Worlds… assuming all is well, and I’m able to travel, I will 100% be going… My older brother for sure, and my partner will very likely travel with me to any event.”