Lord Sutcliffe was once an ordinary member of the noble class, but he abandoned his title and lands in his quest for knowledge. He made a new home for himself within the Demonastery’s ancient halls, spending many years studying the Shadows and reading about runes and rituals, perfecting his knowledge of the arcane arts. As he was one of the few members of his bloodline to be born without any aether affinity whatsoever, Sutcliffe could not personally practice any of the spellwork he was reading about. However, he was seeking to explore the true depths of the aether, in order to establish whether a man could artificially lay claim to the abilities of the arcane.

In time, Sutcliffe’s research evolved into the Arknight project: he sought to create a living weapon, a man who could wield both might and magic. In essence, he would transform a subject who had been born without aether affinity and unlock his ability to cast spells. Later, when he found that a fresh body had washed up on the shore near the Demonastery, Sutcliffe knew that his opportunity had come.

Viserai was all that Sutcliffe had wished for and more; he proved that it was possible to artificially unlock aether affinity, and forge a potential power that every human might well carry. However, Sutcliffe struggled to keep control of his living weapon. With the Demonastery’s creatures whispering in the new Arknight’s ear, Lord Sutcliffe quickly found himself on the wrong side of the battle. However, as his disembowelled body lay cold and silent on the concrete, a strange creature approached, taking Sutcliffe’s head for its own diabolical plans.

Preserved with layers of runework, and bound by intricate spells, Sutcliffe is trapped within his own mind, carried around like a common trophy. The Disciples of Pain quickly came to possess his skull, and now bother him constantly with their inane questions, forcing him to suffer through their unending chatter about duty and sacrifice. While the odd researcher attempts to steal him for their own purposes, Lord Sutcliffe cares little about what may become of him—as a disembodied voice trapped within a skull, his life is an unending torment of infuriating half-wits and idle conversation.

Unable to escape, subjected to the whims of others with no recourse, Lord Sutcliffe can only dream of the day he enacts his revenge on the one who brought him to this dark fate; eventually, one way or another, he will find the means to make Viserai pay for his disobedience. 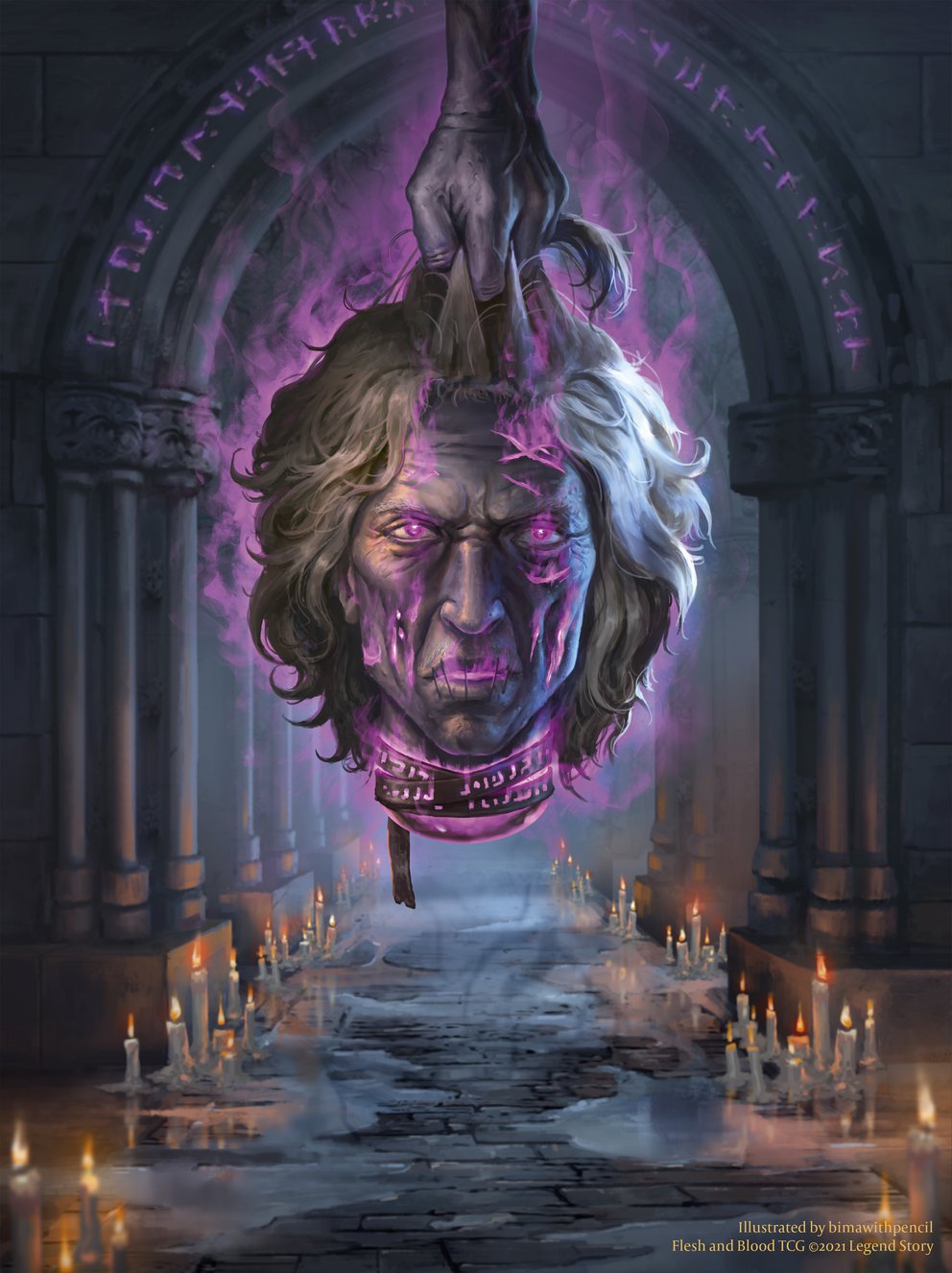