Legend Story Studios is excited to announce that 2022 will be starting off with our inaugural season of our in-store ProQuest events! To date the only way to play in a ProQuest event has been as part of the Calling series and National Championships. With the start of the new year, however, we're launching ProQuest in local game stores worldwide, providing the community around the world with an opportunity to qualify for the Flesh and Blood Pro Tour series, coming later this year.

ProQuest events will be hosted at local game stores worldwide, running from February 19th to March 13th. This Classic Constructed event series is open to all players, and will feature a number of prizes, with the winner claiming their invitation to the first Pro Tour, taking place in North America in the middle of this year. 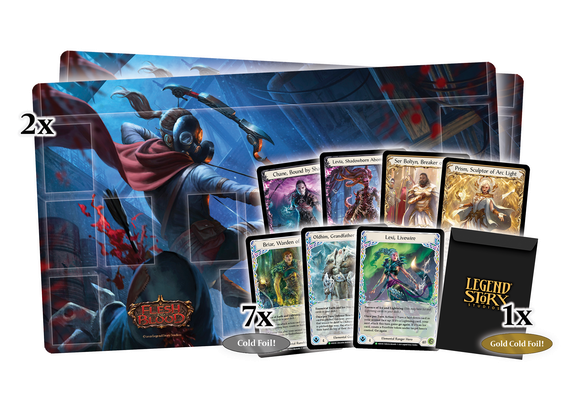 Prizes will also be awarded to judges at these events, including Extended Art Rainbow Foil Wartune Herald judge promos, and two People's Champion playmats, to be awarded at the TO's discretion.

Over 250 ProQuest events will be taking place worldwide through the course of the season. A full list of all the events is available in our event finder or on the map below

We've got announcements coming up soon regarding upcoming Battle Hardened events, which we'll be excited to share with you!