The largest event in Taiwan to date, 52 players prepared themselves for an all-out one-day war of Classic Constructed games with each of them hoping to be able to claim the glory of becoming their countries first Flesh and Blood National Champion and carving their name in history! Each eager player earned their right to compete by previous accomplishments during the Road to Nationals event series by finishing within the Top 8 or ranking highly enough with tournament XP within the previous 90 days. Pride and glory aren't all that was on offer though, $150,000NTD in cash prizes, Golden Cold Foil Legendary prize cards, exclusive playmats, Professional Tournament Invitations (PTI) are just some of the few spoils up for grabs for those heroes who prove themselves!

The stakes are high, the players are ready, and the great games are waiting to happen! 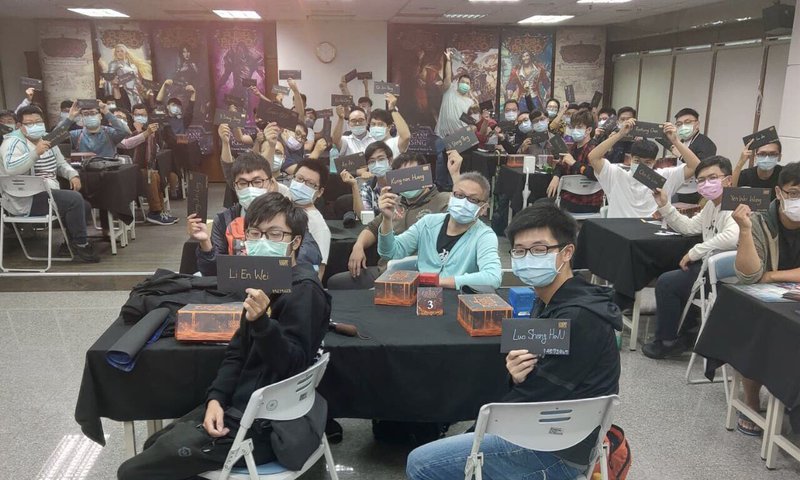 With Legend Story Studios Staff unable to attend the event due to travel restrictions we tried to show that we are proud of each of the players that have supported Flesh and Blood in its first year with personal handwritten notes of encouragement! 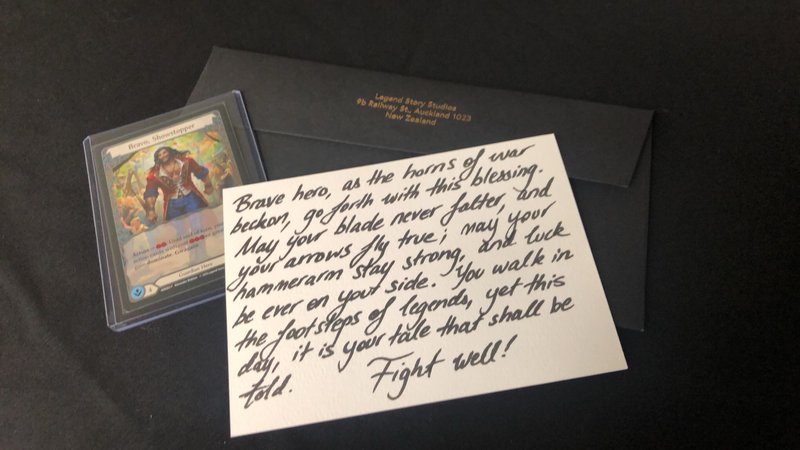 Dorinthea Ironsong proved herself to be the most popular hero by far, representing over a quarter of the field! Players had better hope that they had a good plan to combat the sword-wielding warrior if they were hoping to reach the coveted Top 8 cut after the upcoming 6 rounds of Swiss gameplay.

This event marks a unique point for competitive play within Taiwan as it is the first event since the release of Crucible of War. The Taiwanese players clearly showing some favouritism to new cards such as Spoils of War or Hit and Run to reinvigorate the fan favourite class over the previously popular Mechanologist hero Dash, Inventor Extraordinaire. 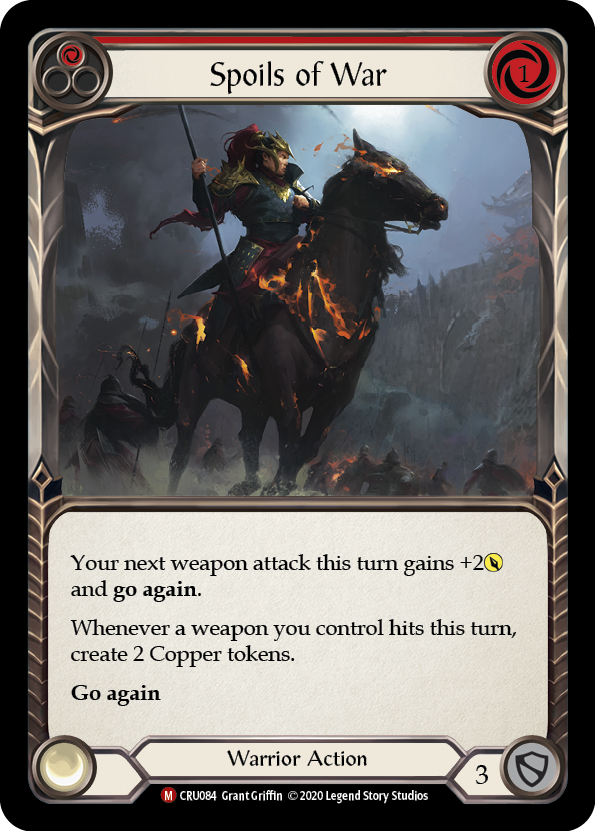 Each other class has followed similar trends to previous Taiwan Road to National events, with the exception of Brute being underrepresented and Runeblade gaining a new following in its stead. Assuredly a reaction to powerful new Runeblade cards from Crucible of War such as Dread Triptych. 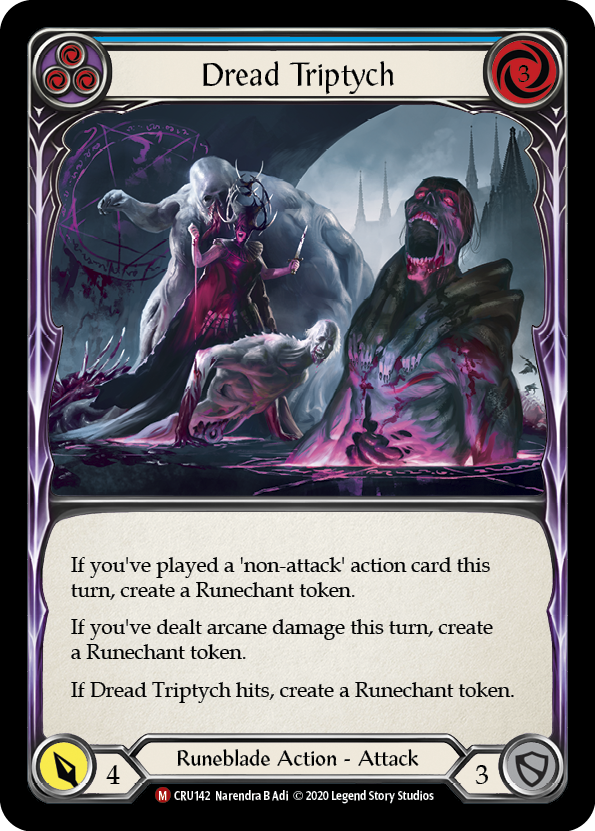 Technically, almost all of the classes were represented, only Merchant and Shapeshifter weren't played, but not to anyone's surprise given that they are more Blitz oriented whereas the main event features the Classic Constructed format. Perhaps that would be more featured in the Blitz Professional Tournament Invitation (PTI) Qualifier Side Event where other great prizes could be won by players whose original dreams of becoming National Champion were cut short. 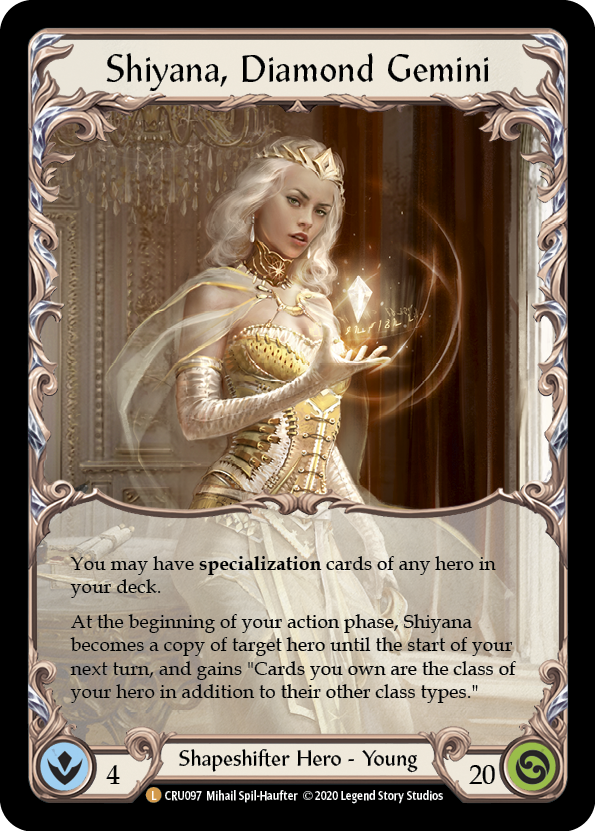 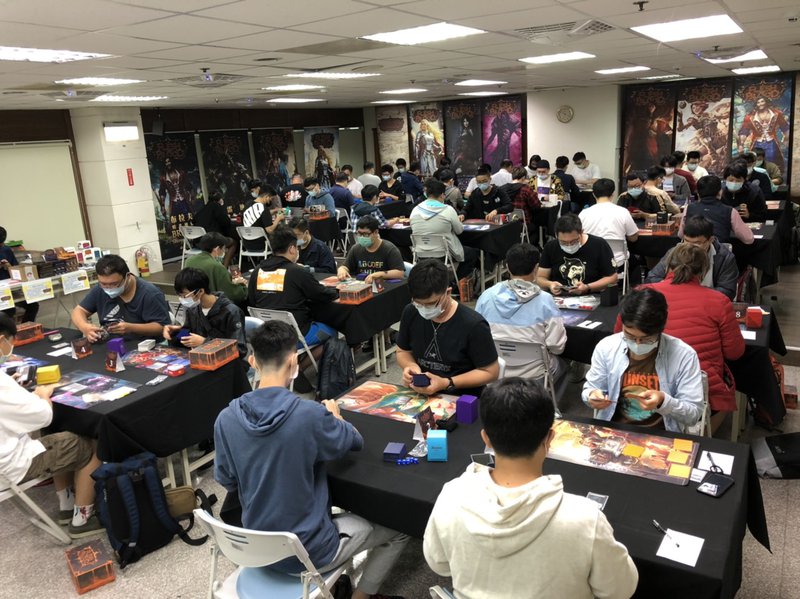 52 players start their journey through the Swiss rounds to claim the title of being Taiwan's first Flesh and Blood National Champion!

The end of the Swiss rounds brought through some familiar faces from the Road to Nationals series, players who are familiar with the feeling of winning a prestigious event were that much closer to being able to capture that magical feeling once again. The diversity of classes narrowed as well dramatically, with only 3 different classes making the cut and with Mechanologist barely scraping through with 1 player! Warriors dominated half of the Top 8 with 4 players, doubling the expectation based on them being a quarter of the field during the Swiss rounds. They must all be playing as many Ironsong Determination's as they can because that is a purely dominating performance! The 3 remaining slots were all Ninja players, a rather curious result considering that the second most popular class was Guardian which is usually poised to prey on Warriors. The swords and daggers proved to reign supreme over the hammers in Taiwan on this day! However, that single Mechanologist player was Chen Wei Li who won not 1, but 2 Road to National events! Every other member of the Top 8 might regret bringing their fancy knives to a gunfight. 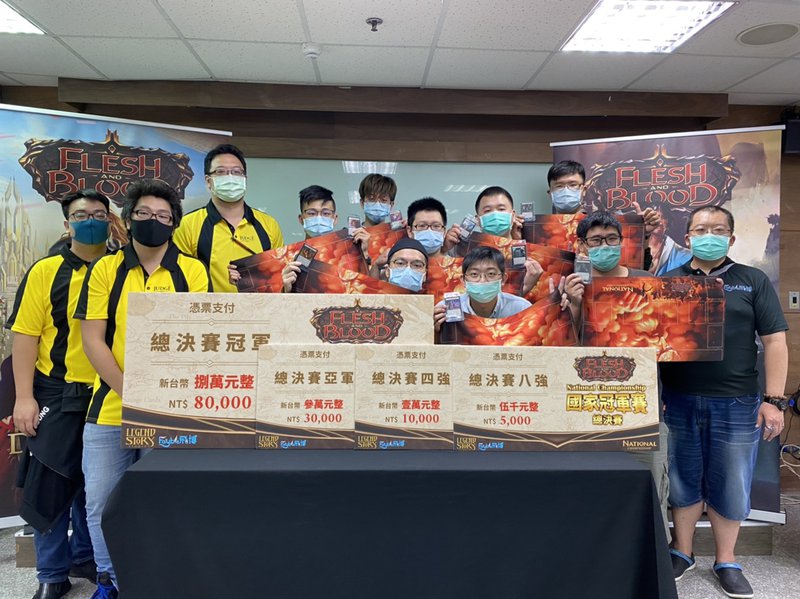 The Quarter-Final round didn't disappoint in adding some pages to the history books of Flesh and Blood. The Mechanologist mayhem that was two time Road to National winner was eliminated "early" towards the final few hours of the day. Each other Top 8 competitor cheered out of relief for this result, the chances for a Three-In-A-Row performance for Chen Wei Li was over.

A lone Ninja in the practiced hands of Hsu Fan Keng faces off against 3 remaining Warriors. Whilst two of the Warriors fought within a civil war against each other, the Ninja master who won one of the first Road to Nationals event fought for over 100 minutes in this match. Both players took careful actions through every step of the game, with the pressure so high, having one simple miscalculation would be a devastating reason to have to pack your bags. In the last half of an hour, the life totals of both were dangerously low at 4 (Warrior) and 2 (Ninja). They both traded 1 damaged against each other, the Ninja taking a risk to make a stronger follow-up attack, but felt an all too bitter pain that is familiar to those who have been in this position against a Warrior before. 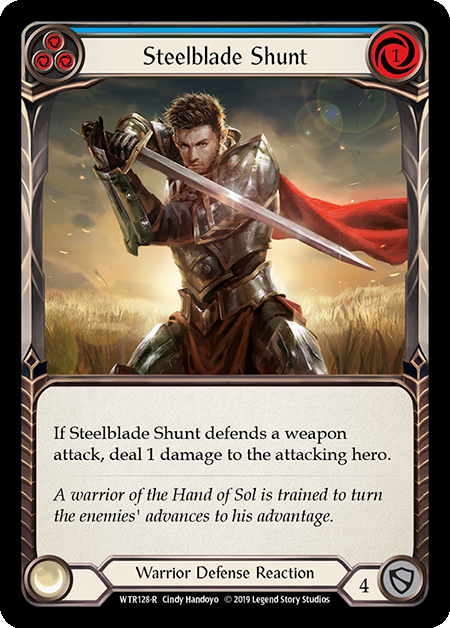 Two Warriors remain. Wang Chung Chi and Huang Chih Wei. There was no time wasted after the 100-minute marathon of a Semi-Final, both players started playing the Grand Final immediately. With both players being friends who often played games together in their local community they were used to playing against each other, but nothing like this. The amount of caution around each action was ten-fold. Everything was on the line for both of them. The game carefully grew to an ultimate climactic moment where Huang Chih Wei was able to amass their fourth Copper token from Spoils of War in order to be able to pay the alternate cost for Cash In! Providing a surplus of cards to overcome his opponent and take the trophy! 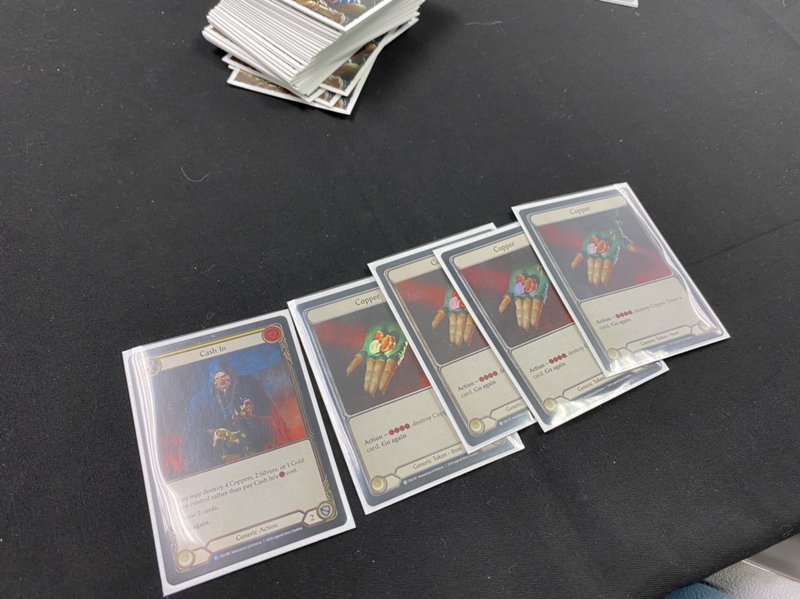 Would you Cash In four Copper tokens for $80,000NTD like Huang Chih Wei?

History has been made as Huang Chih Wei is crowned as the first Flesh and Blood National Champion for Taiwan and accrues the first point of achieving the Living Legend status for Dorinthea Ironsong, truly the greatest Warrior!!!

Attributing his victory thanks to a very crucial Cash In that was paid with the alternate cost of four Copper tokens! Congratulations again to Huang Chih Wei and may you revel in the Spoils of War! 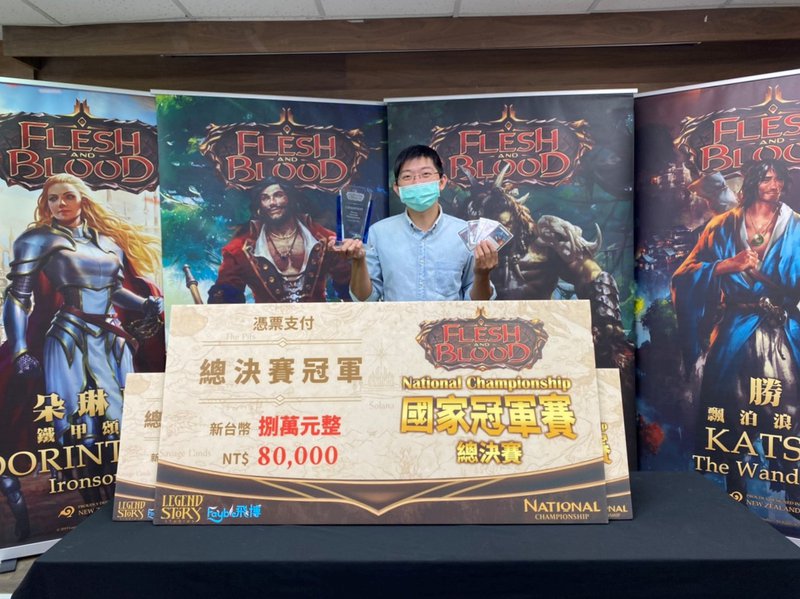