Flesh and Blood is designed to be action-packed from the very first turn of the game. Heroes begin the fight at full strength, wearing down over the course of battle. The action starts at full speed from the first turn, but the game begins even before that.

The start of game procedure is a unique feature of Flesh and Blood. Both players are required to first present their hero, and then choose what they want to bring to battle after identifying their opponent. Players pick their weapon(s), equipment and deck to best suit the battle against the opposing hero.

In Constructed Format, players register up to 80 cards (+1 hero card). This includes weapon(s), equipment and cards in deck. From this 80, you must present at least a 60 card deck, as well as your weapon(s) and/or equipment which start the game in play.

For our RPG fans out there, you can think of these 80 cards as your inventory, where you pull out which weapons and equipment you want to wield for battle alongside your deck.

In Limited Format, players choose a minimum 30 card deck from their card pool as well as a choice of weapon(s) and/or equipment that are in their card pool.

Let’s take a look at an example of how the start of game procedure works.

Your opponent reveals they are playing Ninja, and you reveal Warrior.

You now look at your 80 cards and hand pick a 60 card minimum deck, weapon(s) and equipment. Now usually you would want to play Hope Merchant’s Hood to make your draws better, however you know a measly cloth hood won’t defend you from the hit triggers Ninjas are known for. So instead, you submit Ironrot Helm to help counter hit triggers. 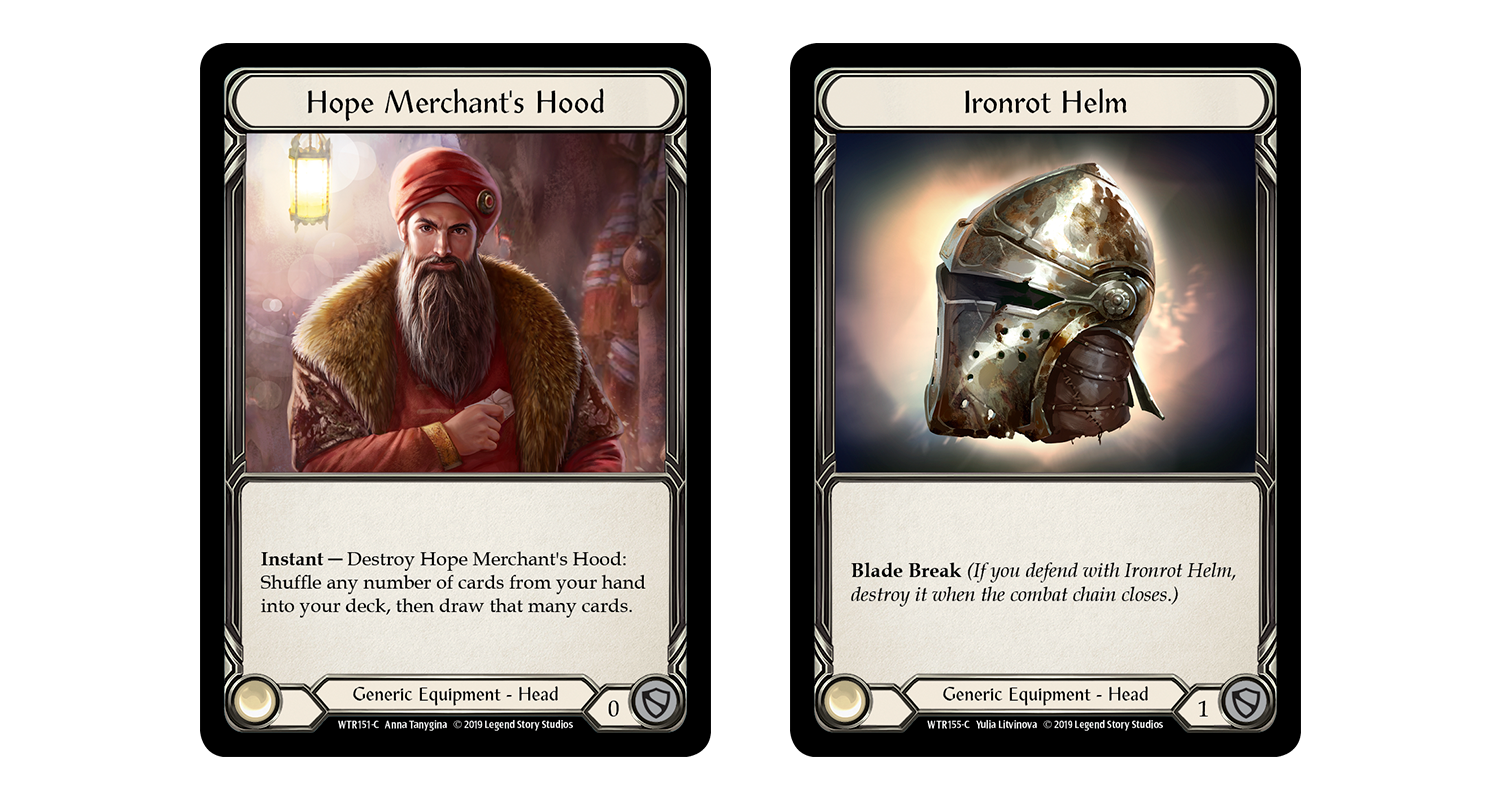 Once both players have chosen their cards, they will present their deck to their opponent simultaneously, and then reveal their weapon(s) and equipment.

Flesh and Blood is centered around playing as your hero. Part of the experience is preparing for battle and this is represented by the cards you bring to the table. It is important not only to pick the correct deck for your match up, but to have access to essential equipment in each battle.

Stay tuned this week as we go more in-depth about our formats, and reveal the first of our Organised Play tournaments with the First Season of The Calling.