With the worldwide release of Uprising (July 1st in the U.S., and June 24th for the rest of the world), Joshua Scott addresses some key rules questions about the upcoming set. 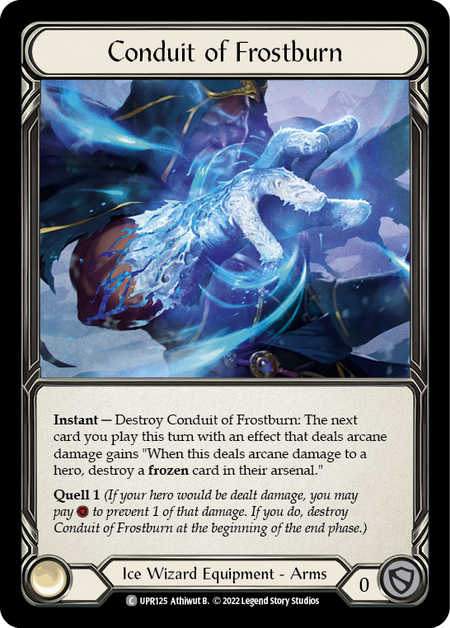 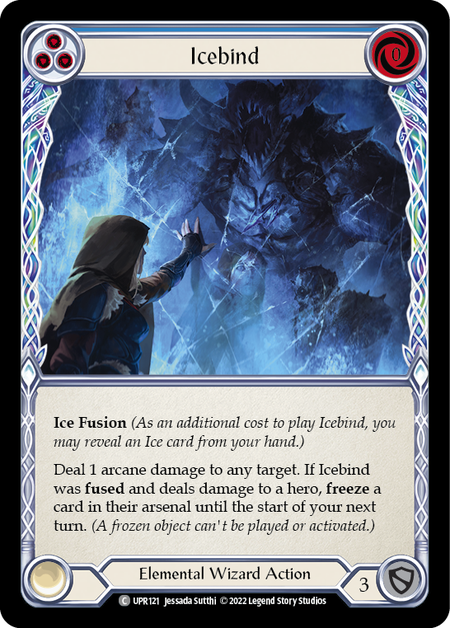 If I activate Conduit of Frostburn, then play Icebind with fusion, can I destroy a card in their arsenal?

Yes. Conduit of Frostburn adds a triggered ability to the next card you play this turn with an effect that deals arcane damage. When this ability is added to an Icebind that is fused and the Icebind deals damage to a hero, the Conduit of Frostburn’s ability triggers but the rest of the Icebind effect is generated first (as part of the resolution of Icebind as a whole). The key here is that all of the effects of the layer must resolve first before we add any additional layers to the stack. Once Icebind has completely resolved, Conduit of Frostburn’s trigger-layer is added to the stack, and can be resolved to destroy the card in the hero’s arsenal that was frozen by Icebind.

Tyler activates and resolves Conduit of Forstburn, then plays and resolves Icebind (blue), targeting Nic and fusing with an ice card. Nic does not prevent any damage. First Icebind deals 1 damage, then because it has dealt damage, Tyler freezes a card in Nic’s arsenal. Finally, when both players pass priority again, the Conduit of Forstburn’s triggered-layer resolves, and Tyler destroys Nic’s frozen arsenal card. 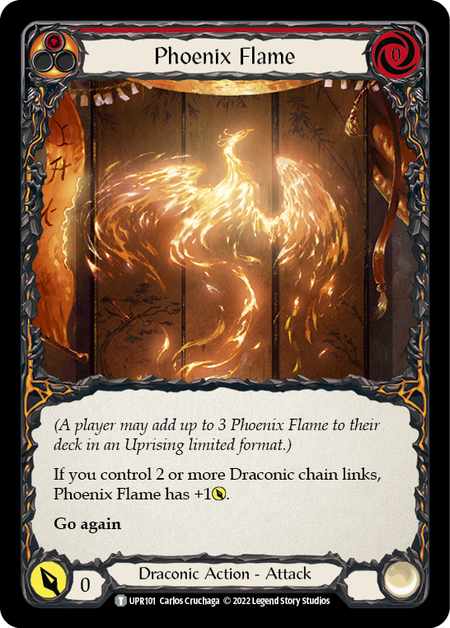 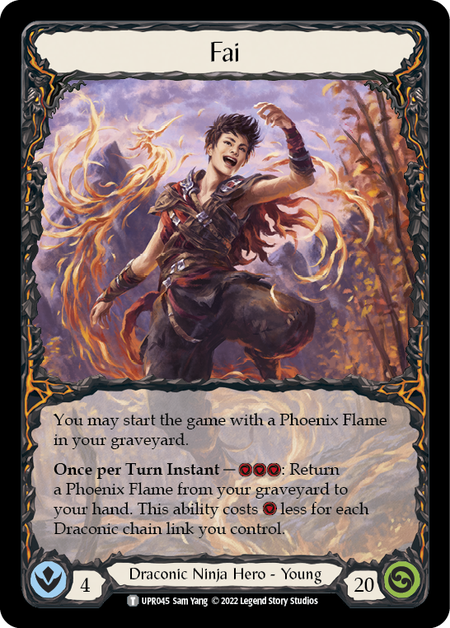 Can I close the combat chain to put Phoenix Flame in the graveyard, then use Fai’s ability to return it to hand?

Yes, but it will cost 3 resources to return it. Typically, closing the combat chain by choice requires both players to pass on an empty stack during the link step of combat (i.e. after a chain-link has resolved). When the combat chain closes the game enters the close step of combat where neither player has priority. The Phoenix Flame will be put into the graveyard, but you do not have priority to activate Fai during this time. When the close step ends and the combat chain is closed, you would not be controlling any chain links and therefore Fai’s ability would not be discounted. 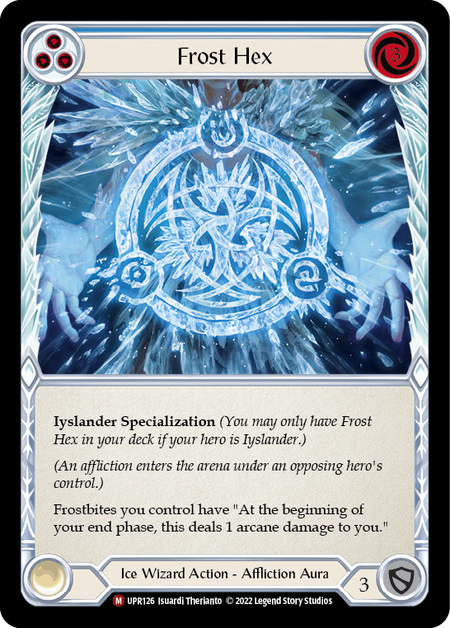 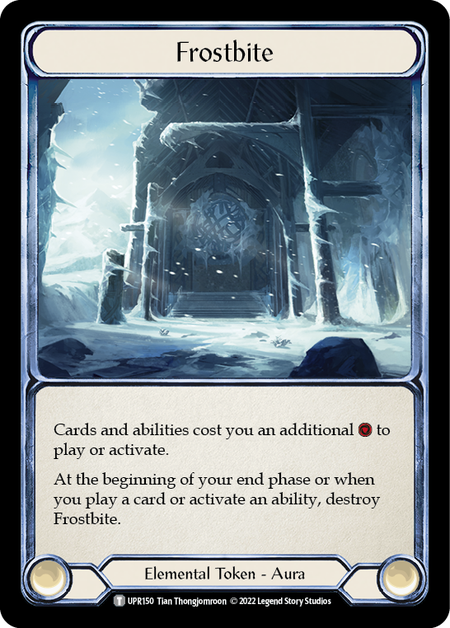 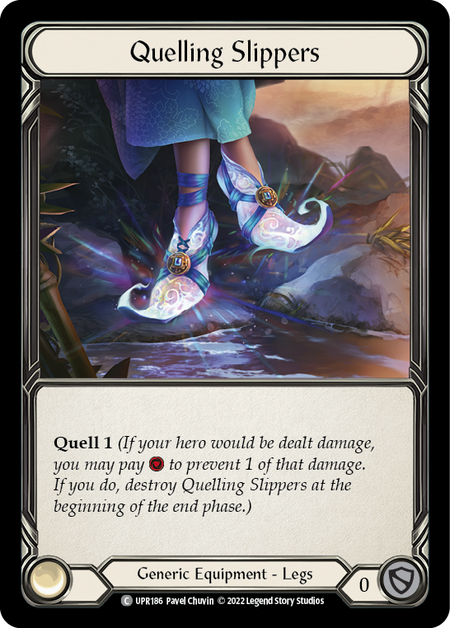 If I use Quell to prevent damage from Frostbite + Frost Hex, is it destroyed at the end of my turn? 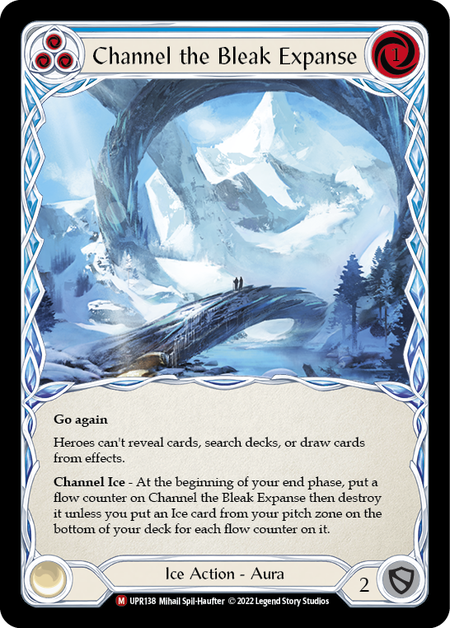 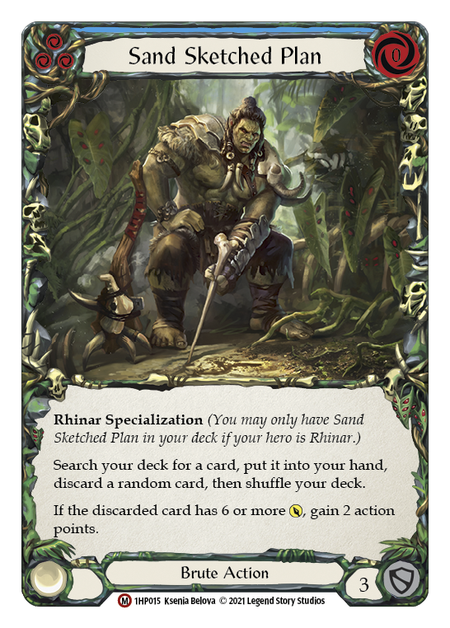 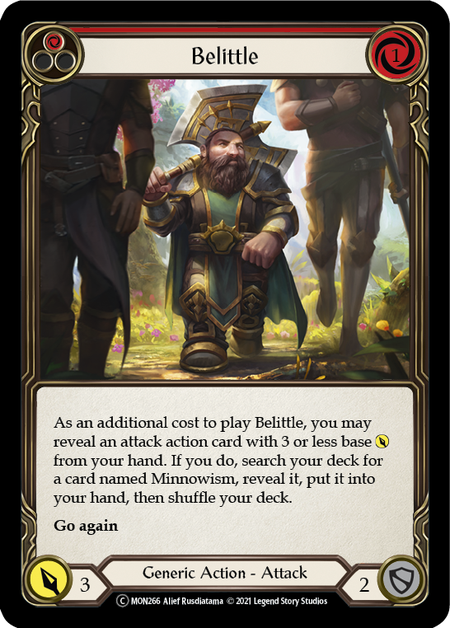 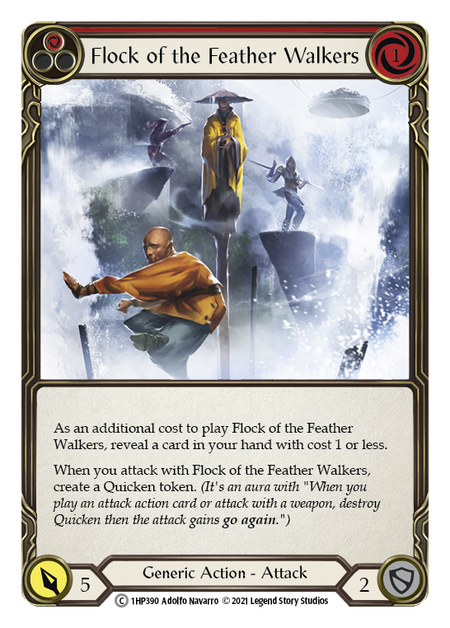 Flock of the Feather Walkers (1)

Do I still discard when I play Sand Sketched Plan and Channel the Bleak Expanse is in the arena?

Yes. Channel the Bleak Expanse prevents events from effects that draw, reveal, or search. This means that whenever you try to draw/reveal/search, you simply fail to do so. Any effect that depends on the result of an effect that fails may also fail, but all other effects continue to resolve as normal. In the case of Sand Sketched Plan, there are four effects for this resolution ability:

As an additional note, when attempting to pay effect-costs like “fusion”, Channel the Bleak Expanse prevents those costs from being paid and thus prevents the player from playing cards with “reveal” as an additional cost, like Flock of the Feather Walkers.

Nic controls Channel the Bleak Expanse. Tyler plays and resolves Sand Sketched Plan. Tyler is prevented from searching, does not put a card in hand, discards a card, then shuffles their deck.

Tyler plays Belittle, revealing a 3{p} card for its additional cost. Before Belittle’s triggered effect resolves, Nic plays and resolves Channel the Bleak Expanse at instant speed. Both players pass and Belittle triggered effect begins to resolve. Tyler is prevented from searching their deck for a card named Minnowism, does not put any card in hand, then shuffles their deck. The chain link continues to resolve as normal. 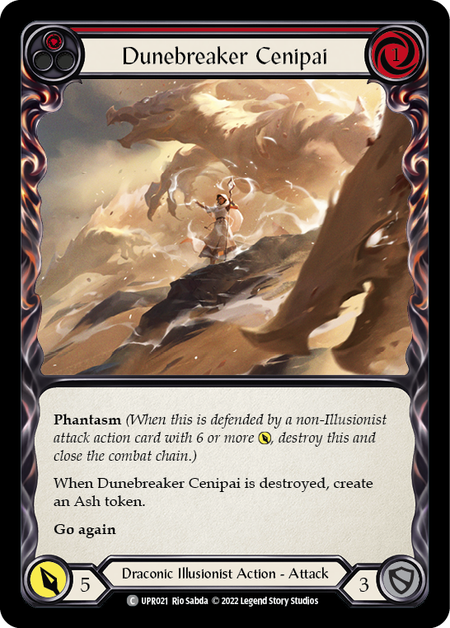 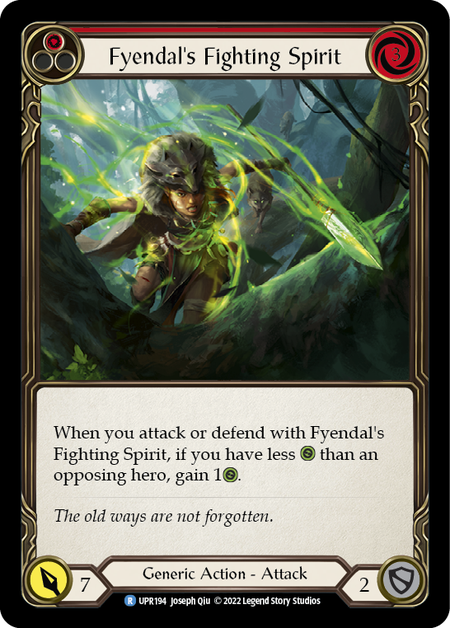 If I defend a phantasm attack with Fyendal’s Fighting Spirit, do I gain life?

Yes, even if the combat chain closes due to the phantasm effect. When you defend with Fyendal’s Fighting Spirit, you are considered to have defended, which triggers its effect and creates a triggered layer on the stack. Similarly, if you defend an attack with phantasm with a 6+{p} card, it also triggers and creates a triggered layer on the stack. The turn player (typically the attacking player) gets to order these triggered layers on the stack, but even if they choose to close the combat chain from the phantasm trigger before resolving the Fyendal’s Fighting Spirit trigger, the latter will still resolve as part of the close step of combat.

Note that this is similar to how Runechant triggered effects still resolve when you target a permanent with Spectra with an attack action card. The triggered layers still resolve as part of the close step of combat, rather than just being lost/forgotten when the combat chain closes.