Skirmish Season 3 is underway! The Blitz metagame is a fresh exciting new environment thanks to the addition of our Elemental heroes Oldhim, Lexi and Briar. With 21 heroes now legal in the 52 card format everyone is gunning for a piece of that metagame pie and the three Tales of Aria heroes are making a huge impact on the early stages of the Blitz environment.

There are three clear front runners after the first week of Skirmish Season 3; Ira, Crimson Haze, Kano and newcomer, Briar. Each of these three have no fewer than 15 top 8 finishes each from last weekend. Based on the reports that we’ve received, the excitement from Classic Constructed has spilled over into Blitz, and Briar leads the pack with no fewer than 17 top 8s and 4 first place finishes. Kano has put 15 players into the top 8 and Ira has delivered 16 top 8 placings, and both the Wizard and the Ninja have at least two Blitz Skirmish Season 3 victories!

Ira is back to her usual tricks, attacking for 1, 2 and a nice red line beatstick card most turns while playing a consistent long game of defending well and winning through constant persistence and careful consideration. Kano truly finds his place in Blitz. Despite starting the game at 15 life rather than the standard 20, his ability to essentially change the rules of the game and take unprepared opponents by surprise with jaw dropping damage on his turn or the opponent’s. If you’re a fan of wizardry and didn’t get your fix of the Dracai of Aether in CC, sleeve up your best 52 because Blitz is the place to be!

Elemental Runeblade Briar is not quick, she’s sudden! Many Skirmish winning Briar lists tout the same tenets as the Classic Constructed masterpiece US National Champion Tariq Patel introduced to the world. Briar is a lightning fast Lightning aggro deck with almost all cards costing 0 and attacking...a lot. Much like in Classic Constructed, you need to be prepared to face off against a lot of aggressive Briar decks to make the top tables. Frostbite seems to be the thorn in Briar’s side, so expect to see an increase in Ice strategies if Briar remains popular. This is where I’d make another “Winter is Coming” reference...but I won’t.

Following these three, the cluster of young heroes hot on their heels are Oldhim with seven top 8s, Dorinthea making a welcome return to the top tables after a reasonably quiet Classic Constructed season with six top 8s, Chane sits on five top 8s and Lexi, usually taking advantage of her Essence of Ice comes in at four top 8s from the last weekend. Oldhim, Lexi and Dorinthea each have one Skirmish victory to their name from last weekend’s events, with Oldhim taking out the largest event of the week, a 73 player online tournament run by Singapore’s Tanoshimou.

Chane decks have been doing very well so far. The Blitz-legal Duskblade is a very powerful weapon in Chane’s 52. Some Chane Blitz decks like to emulate the Classic Constructed edition, going for a reasonably aggressive list leaning into Rosetta Thorn, Flock of the Feather Walkers and friends, attacking their way to victory and having a world-renowned super effective end game thanks to Chane’s Soul Shackles. On the other hand, the Duskblade Chane decks play things out a bit slower, building a diabolical Duskblade and slowly overwhelming the opponent. As the world wide hive mind of Flesh and Blood fanatics dive deeper into Duskblade, the Shadow Runeblade could be a sleeper hit of the season. Keep an eye on this one!

From dusk to dawn, Dorinthea is back! A very aggressive hero that loves to attack with a deck built around the iconic weapon Dawnblade and makes defending quite the nightmare, the original Warrior has been putting up good numbers week one and has a history of having reasonable matchups across the board. As in Classic Constructed, builds are starting to prioritise Action cards like Driving Blade over Reprise based Attack Reactions as a means of ensuring Dawnblade gets pumped, and forcing aggressive decks to start interacting before the weapon becomes too big a threat.

Ice Lexi and Oldhim have been snowballing in popularity recently and these two Tales of Aria heroes really know how to cool down aggressive or resource hungry heroes. Both Lexi and Oldhim selflessly dish out Frostbites like they’re going out of fashion! Whether it’s Lexi throwing arrow after arrow at an opponent, applying constant pressure while setting up some enthralling Three of a Kind turns or Oldhim slowing things down and defending up a snowstorm due to his huge suite of defense reactions and incredible damage preventing and hand disrupting hero power defense reaction abilities while biding his time to crush the opponent with Oaken Old, Endless Winter and more, these two Essence of Ice Elemental heroes are perfectly poised to prey on the competition this Blitz Skirmish Season! 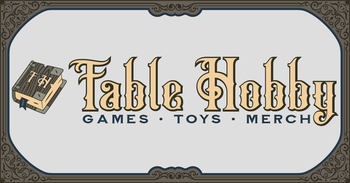 Fable Hobby's 16 player Skirmish event took the form of a draft, with three rounds before the cut to top 8.

15 players drafted their heroes this Skirmish event in Hungary, hosted by Remetebarlang, which culminated in a Briar mirror match.

At Mighty Ape's 19-player online Blitz event, Justin Wiong won through an absolute battle of attrition in a top 8 Oldhim mirror match lasting almost 90 minutes, seeing both Oldhim players almost fatigue themselves out due to the tenacity of the defenses on each side.   Ex-pat Aucklander Sean Yang battled time zones and physical distance to reach the finals from his current location in the USA,  losing a very close fought final a little after midnight in his local time.

Kingdom Gaming in Northampton launched the Skirmish season in the UK this Saturday with 26 players having a great taste of Blitz! With the first event post Nationals, Matthew Foulkes continued his dominance with Lightning Briar and the UK National Champion took down Jacob Hand's Ira in the final - It appears Ira's time at the top of Blitz is coming to an end with the all conquering Briar on the rise.

The team at Blade Gaming oversaw a 17 person Blitz event on the weekend, with a diverse metagame ranging from Rhinar to Lexi.

This 22 player tournament from RC Games in Australia featured Kano overtaking the field as the most represented hero.

Voxymoron's 18-player draft event saw Briar and Oldhim facing off in the finals. Despite the fact that two players in the Top 8 drafted Oldhim, one thing that the top 8 players remembered from the event is the one Guardian Majestic card which kept cycling around the table until someone had to take it.

PLAYlive Nation's Skirmish event saw 17 players in attendance, with a Top 8 consisting of multiple Dorinthea and Chane players facing off; Warrior vs Runeblade, Solana vs Demonastery.