Ira Showcase: From digital to physical

For those of you that expressed interest in our development process after playing with the Ira Welcome Deck, here are some WIP sketches for some of Ira's key cards!

Let's kick things off with the hero herself. This piece went through quite a lot of refinement as we narrowed the focus. The first sketches put a lot of emphasis on the Crimson Haze Rebels as a whole. 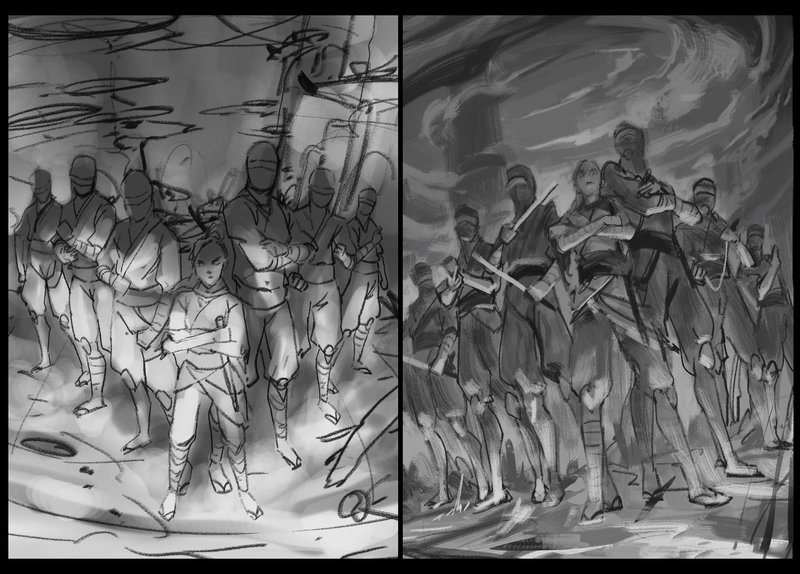 However, once we progressed to the colour key, we narrowed the focus to just Ira herself, featuring a couple of her fellow rebels at her side. 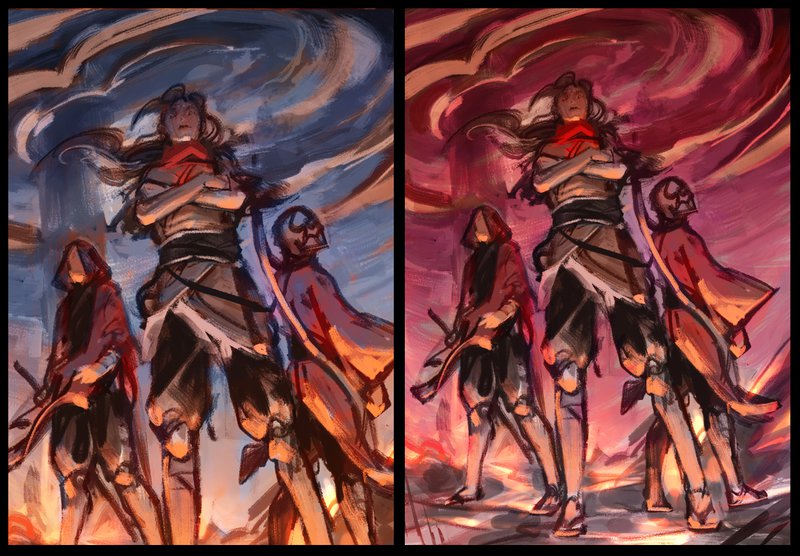 We wanted to illustrate her status as a rebel leader. While the rest of the Crimson Haze Rebels wear masks to hide their faces from their enemies, Ira remains bare-faced, which highlights her fearless, headstrong personality. 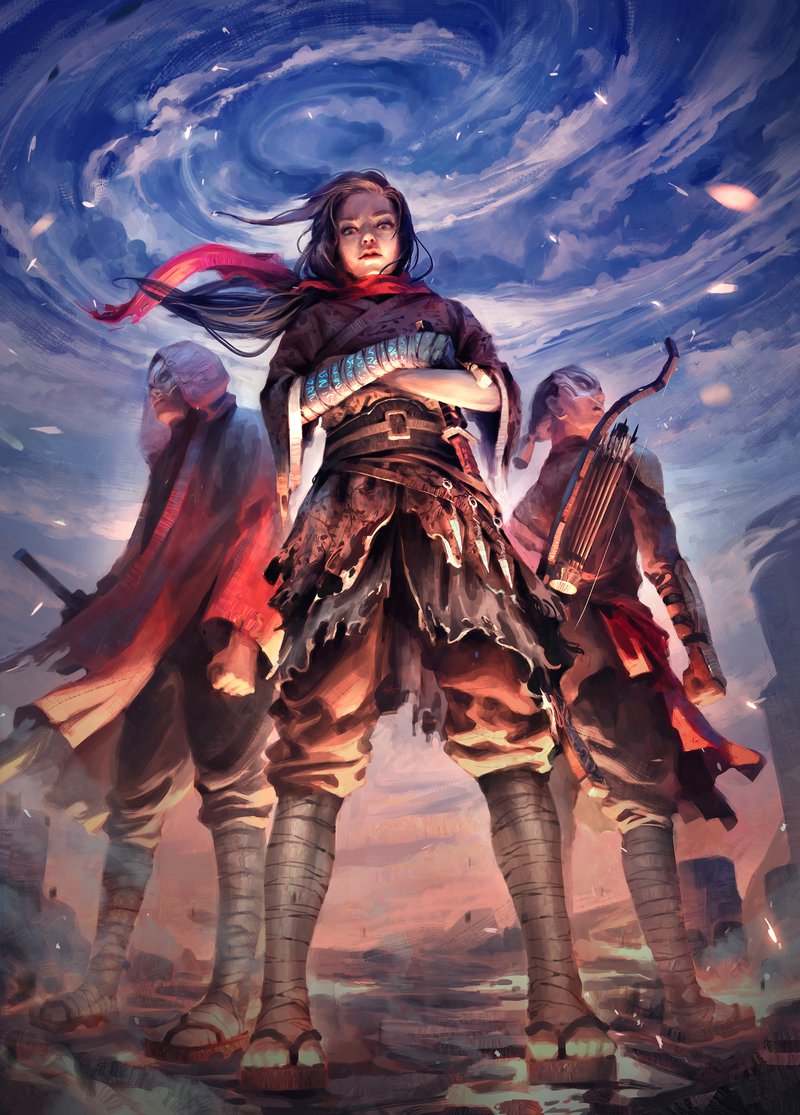 Scar for a Scar

Of course, we have to include what is arguably the stand-out fan favourite of the Welcome Deck: Scar for a Scar.

Our artists usually provide three different initial sketches, and once we give them feedback on which one we like the best, they'll move onto a rough colour key. 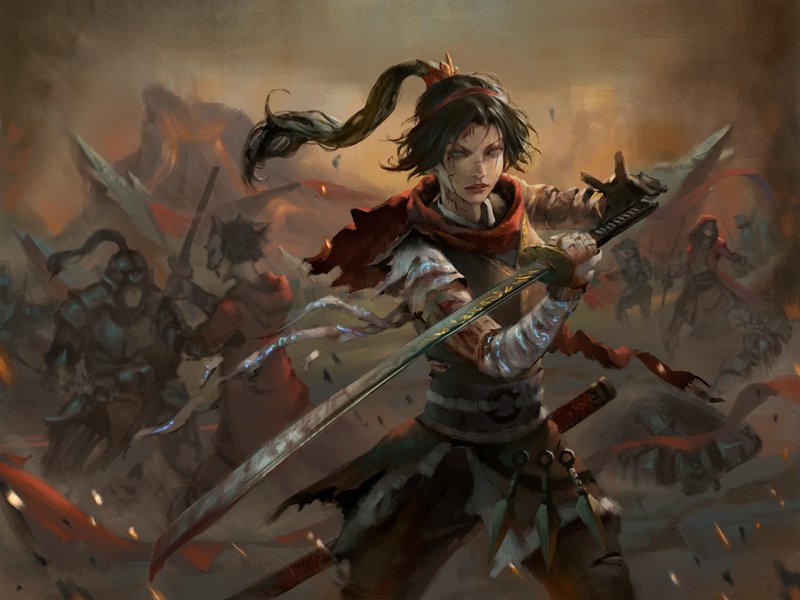 The colour key here might look quite different from the Scar for a Scar that you have in your deck. As we move through the development process, the colouring and design are continually refined and polished. 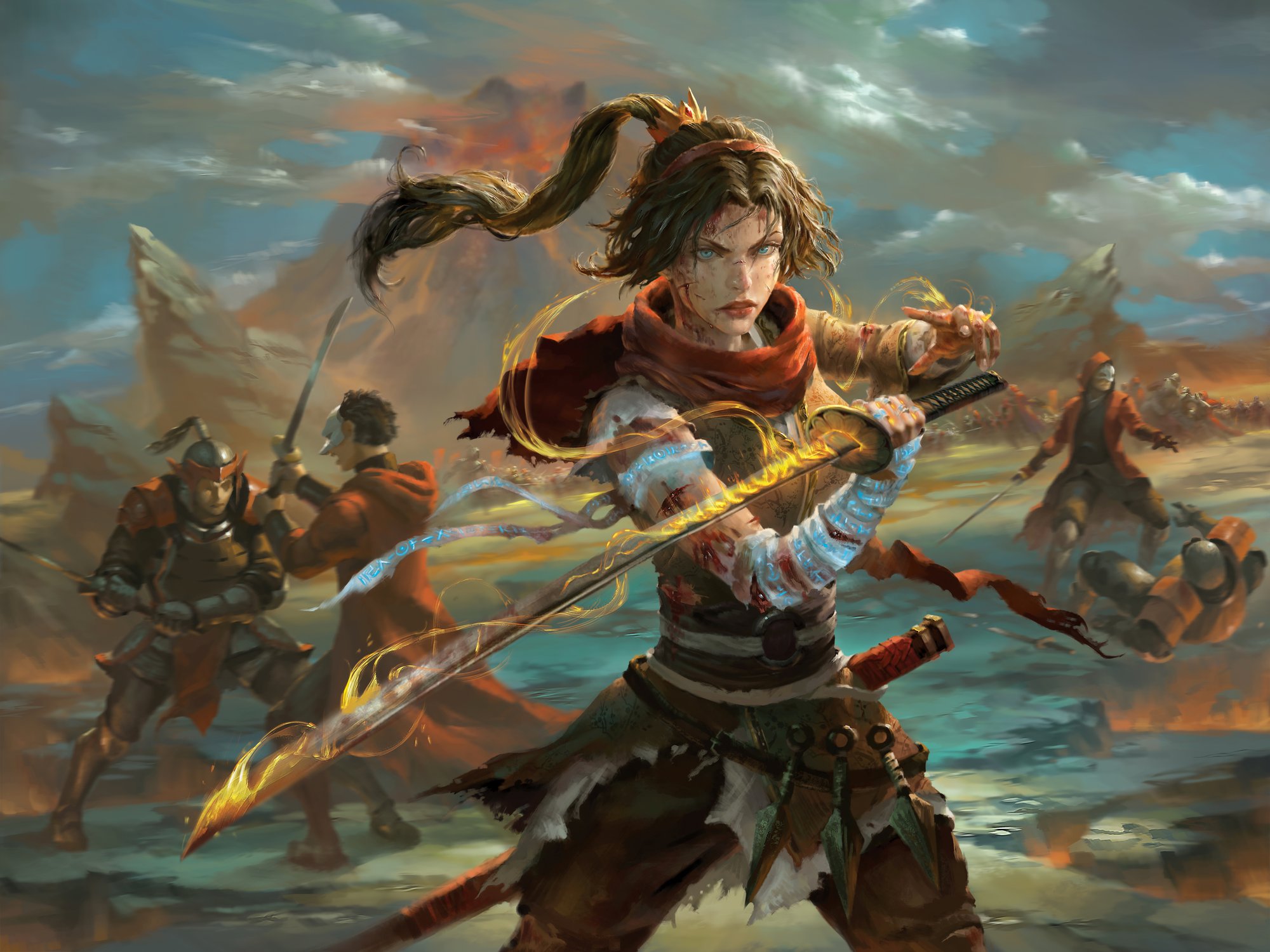 Following Scar for a Scar, we have Torrent of Tempo, one of our favourite pieces of art.

With the colour key: 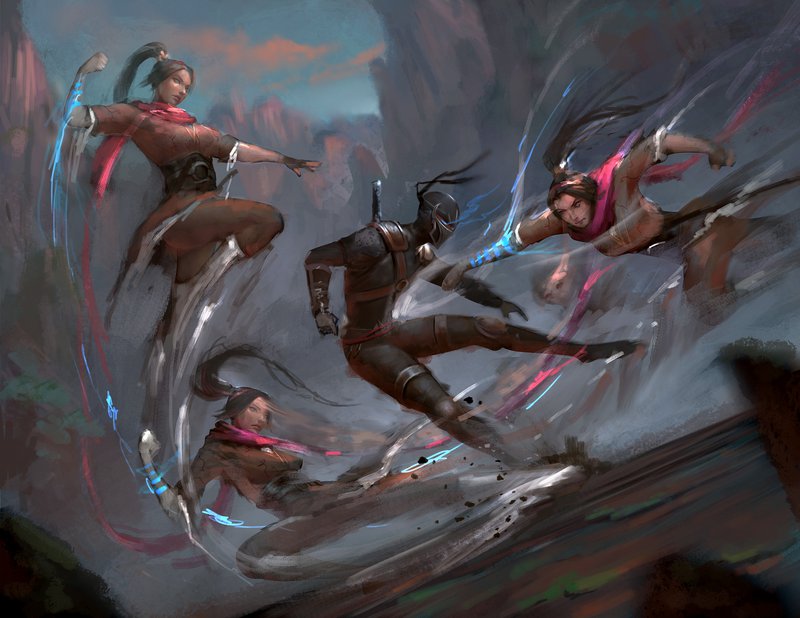 We tried to capture the dynamic movement of the character by playing with motion trails, and we're thrilled with how it turned out. 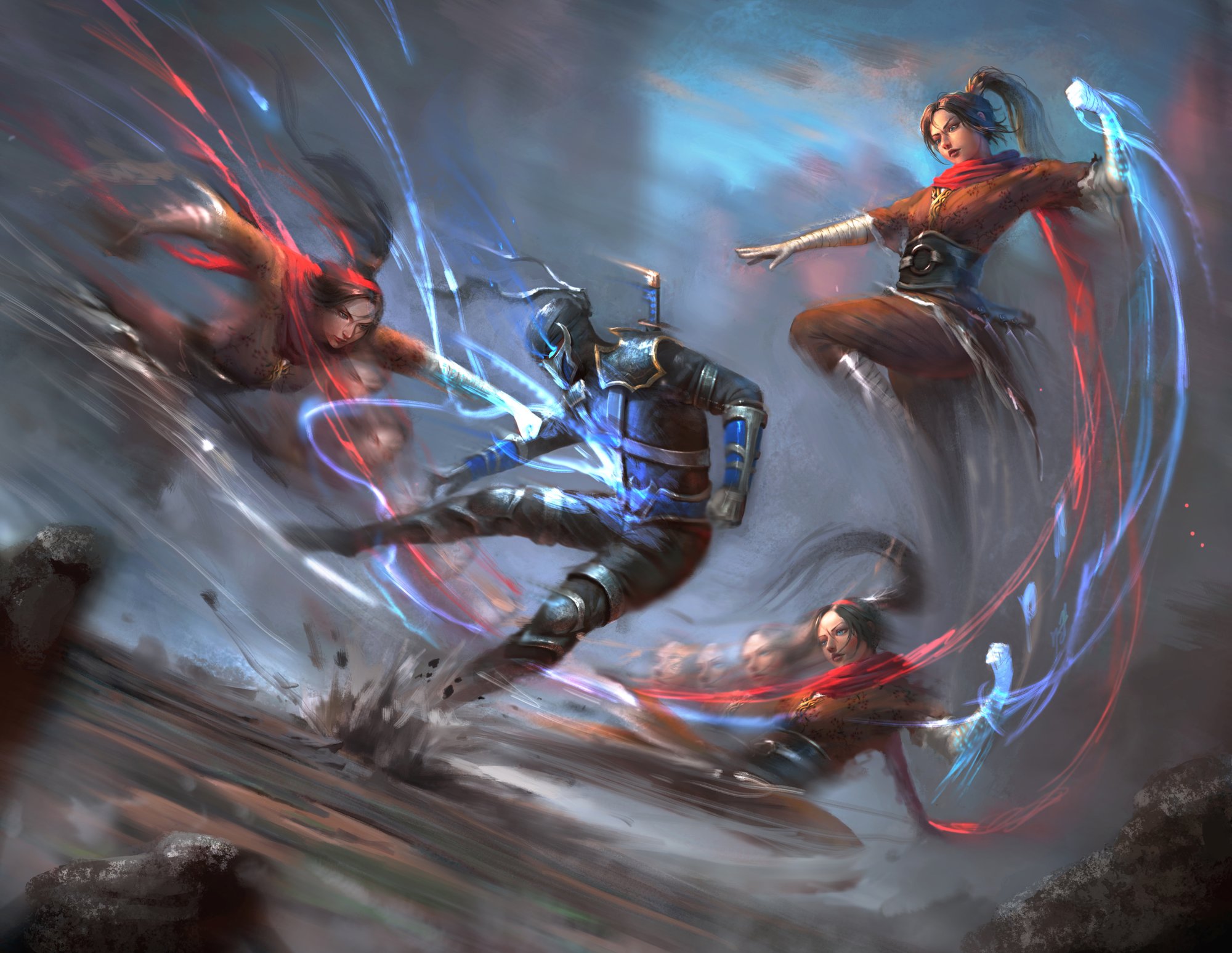 Finally, we have Ira's weapon, the Edge of Autumn.

This is a piece that we loved from the very beginning, as the initial sketches captured the feeling we wanted for the Edge of Autumn. 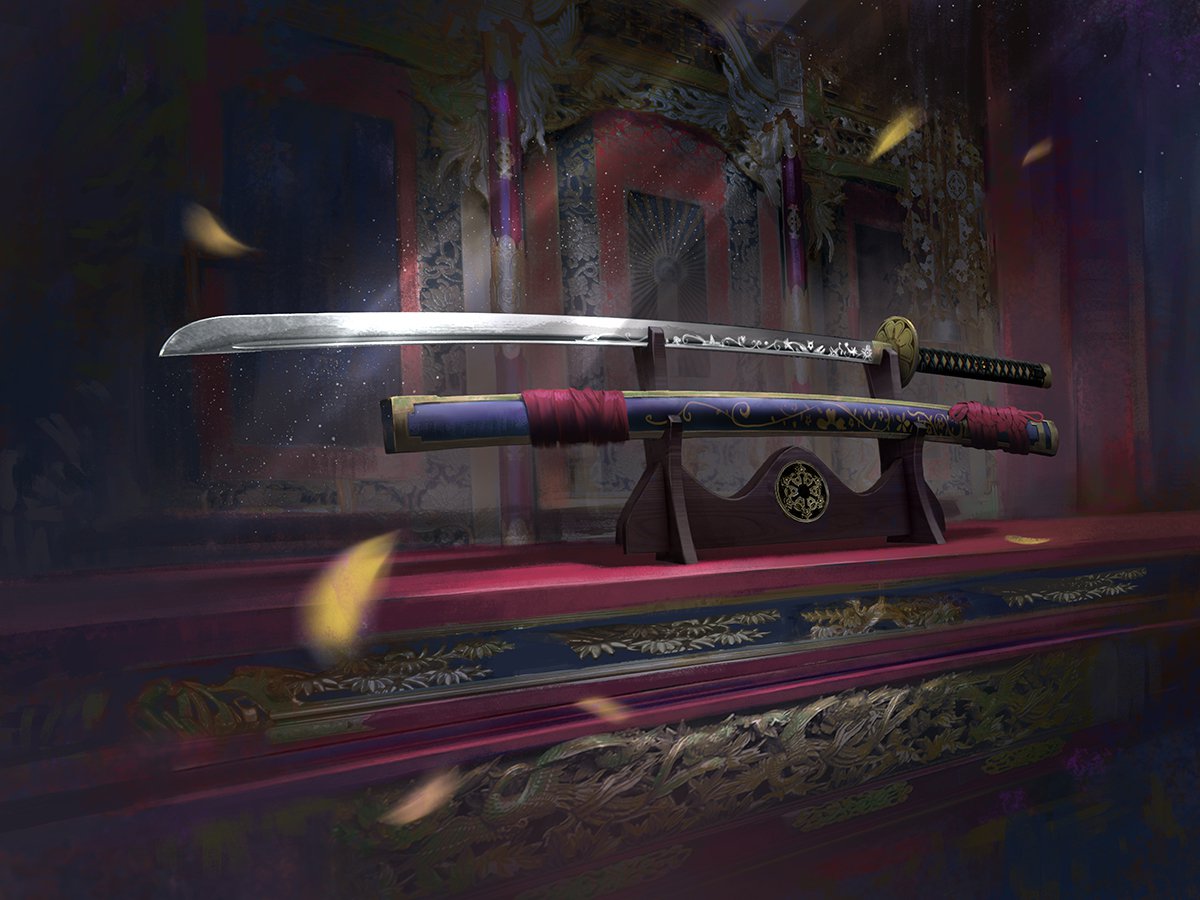 A mysterious blade lying on display in an abandoned shrine; the falling leaves in the foreground really helped to capture the feeling of timelessness that we were after. 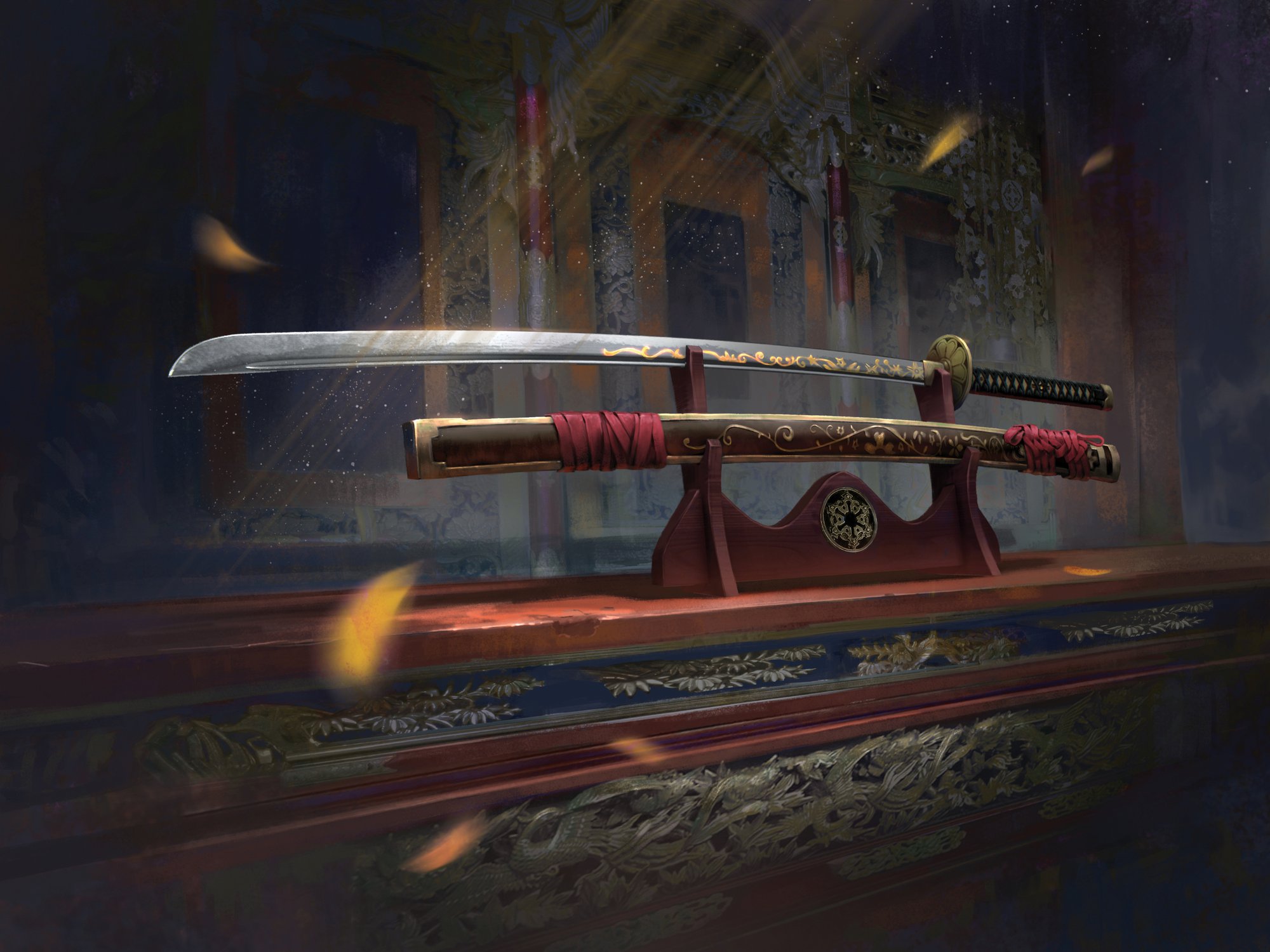 Tags: Behind the Scenes , Creative