Crucible of War features brand new cards for each hero including some new and unique play styles and cards for each class. Today I’m going to talk about not only the preview I’m about to show you but also the design process behind how that card was created… by me!

Rangers are inherently smart and tricky. Although not physically strong as shown by the lack of big attacks, what they lack in strength they make up for in subtlety and agility.

So how do you avoid a big attack from an opposing hero coming your way? 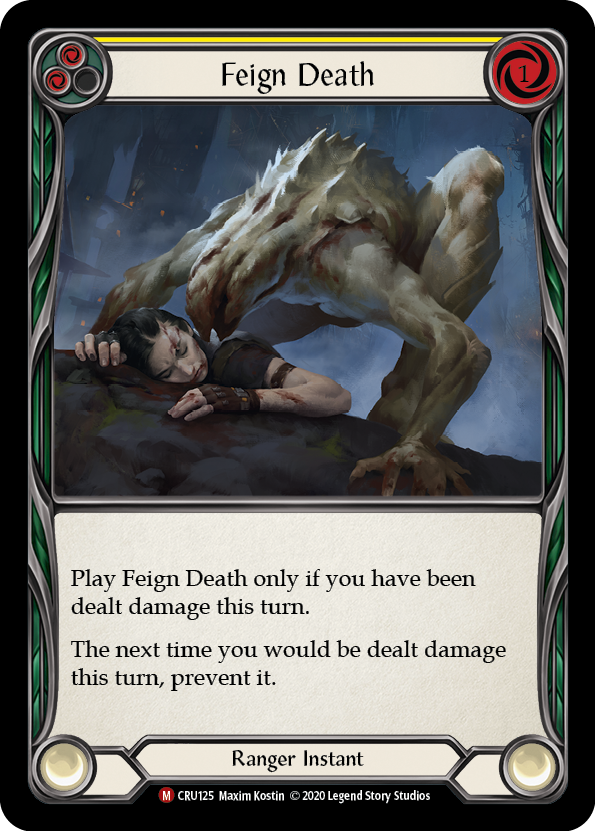 A card that can prevent infinite damage?

Let’s talk about the flavor of the card first before delving into the mechanics of the card.

To avoid additional incoming damage, the ranger fakes death as soon as she is wounded.

Once you have taken damage once in the turn this card is able to be played allowing you to completely prevent all damage the next attack (or wizard spell!) this turn.

Rangers are a lot more than just shooting an arrow at their targets. Being able to outmaneuver enemies with smarts and wit are an important part of ranger’s game.

Now let’s talk about how this card plays out.

Immediately it would be quite easy to compare this to another 1 cost defense reaction such as Steelblade Shunt or even Bone Head Barrier. 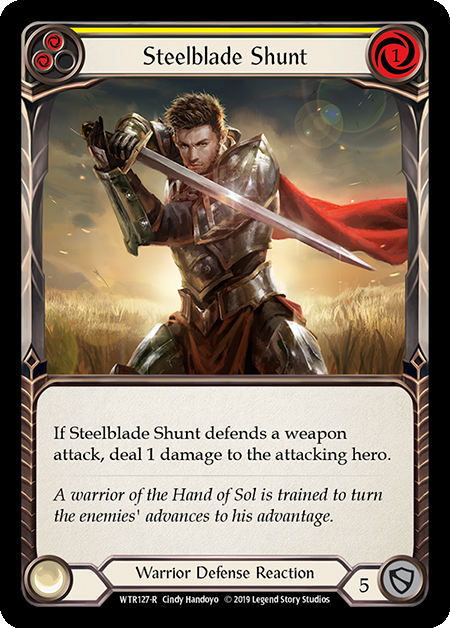 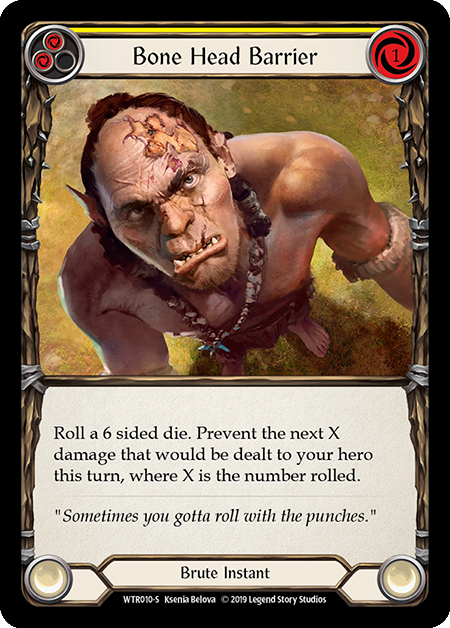 Compared to these, you would need to prevent at least 5 damage to be “worth it” but that’s not actually where this card shines.

Firstly, let's talk about the downsides of this card. You can’t play Feign Death against heroes that only attack once. Since you must take damage before this card becomes active you would not want this card in your deck against a guardian player for example as they aim to make one big attack per turn. However, this card really starts to shine when heroes are looking to attack multiple times in a turn whether it be with go again weapon attacks or even runechants.

So, now that we know what to play this card against, let’s talk about why you would want to use this card over any other defense reaction. Firstly, it prevents ANY damage. This means if you are against arcane damage dealing heroes such as Kano, you can easily fit this in your deck while you may have to elect not to play defense reactions against Kano. Additionally, this is less narrow than other anti-arcane damage cards allowing you to also hedge against surprise attack-actions that Kano might have access to.

Now most importantly, this card prevents ALL damage. What does this mean? Let’s take a look at a typical ninja player's turn. They begin the turn attacking with Harmonized Kodachi followed up by a Surging Strike. The ninja then combos into a Whelming Gustwave. With up to two cards remaining in the hand of the ninja player, you now have to think about the different iterations of cards they could have in the form of attack reactions or even just Breaking Scales. You don’t want to defend with only two cards for 6 only to have them to play a Razor Reflex allowing them to push heavy damage, drawing up to two cards and continuing the chain of attacks. However, you also don’t want to defend with nothing and let them draw two cards and deal a large amount of damage. If only there was a card that could guarantee that this Whelming Gustwave could never hit... 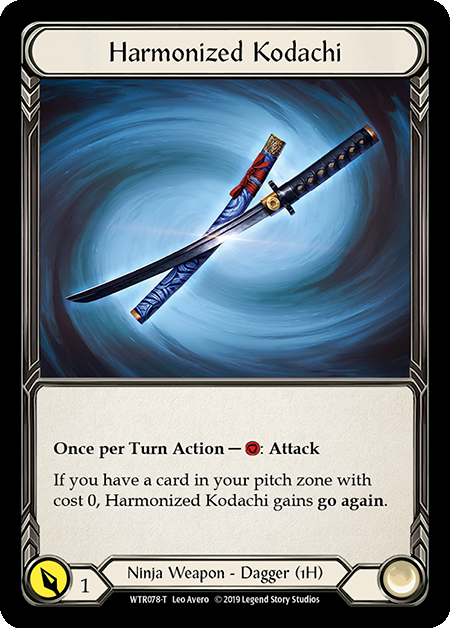 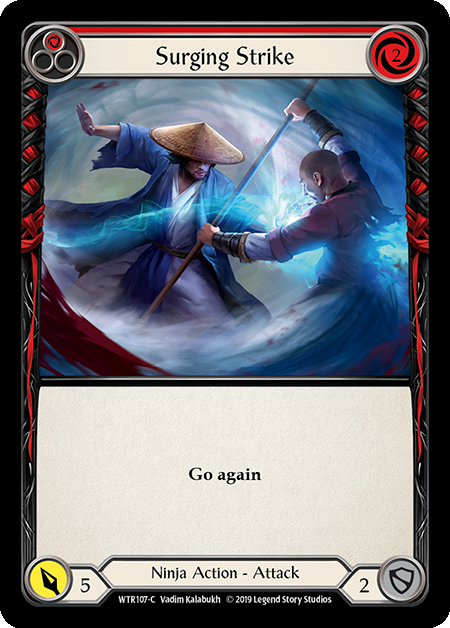 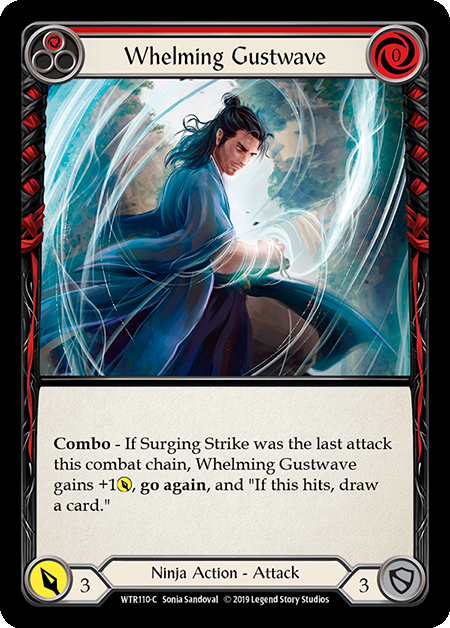 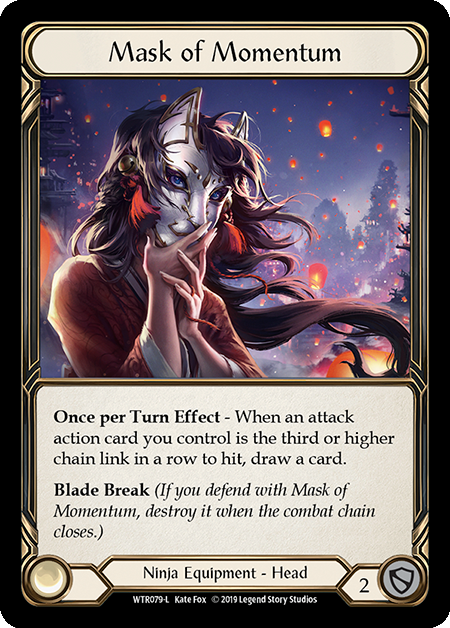 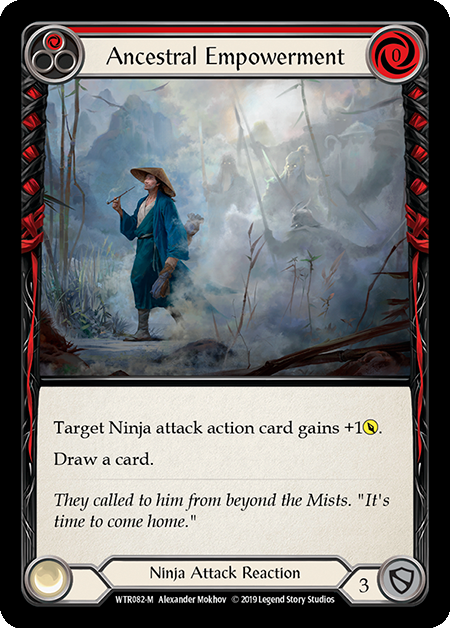 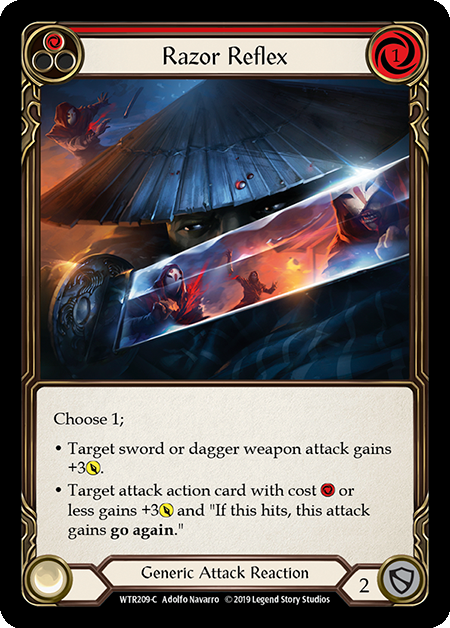 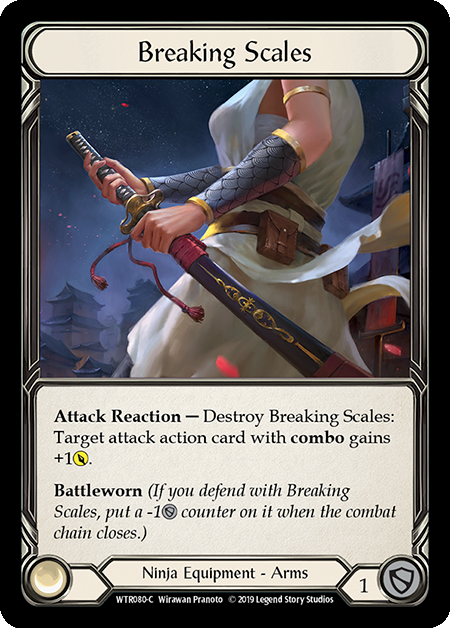 But that scenario sounds very specific! Why would I want a card for such a specific scenario? Actually the best part about Feign Death is how flexible of a card it is. Against every hero that is aiming to push through multiple instances of damage this card is able to prevent a lot of damage. Not only that, it warps the way you have to play against a ranger. A wizard player trying to rely on Blazing Aether to finish the game? Pretend to be dead. A runeblade player trying to get one big Arknight Ascendancy to close the game? Pretend to be dead. A mechanologist player boosting three times into a giant Maximum Velocity? Pretend to be dead. 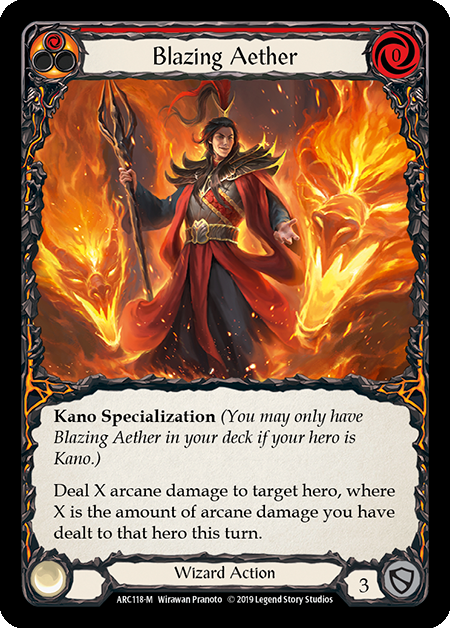 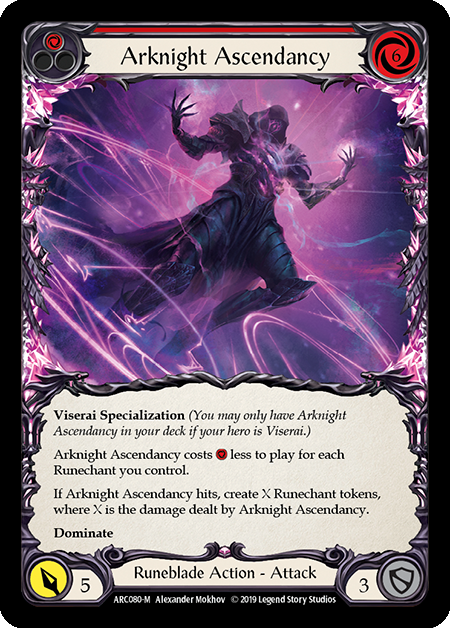 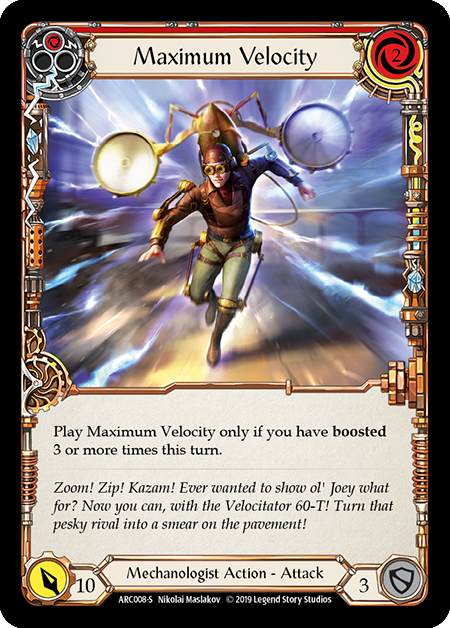 I hope you all enjoyed not only my preview card, but my personal favorite card from Crucible of War that I designed to be both flavorful and powerful. Pretend to be dead but don’t forget to get back up come August 28th!